Casper, Wyoming derives its name from Fort Caspar. Built in 1859, the nearby fort was established in order to help protect the community from Native American attacks. The Wyoming Central Railway made its way into the area in 1888, causing the town to experience significant economic growth. Casper was officially incorporated in May of 1889. During its early years, the town had become known for its raucousness and abundance of saloons. It didn't take long for town leaders to realize that Casper needed a new direction. By the beginning of the 20th century, the community had constructed its very first city hall building. Between 1910 and 1920, Casper saw a significant influx of new residents. During this time, the population had ballooned from 2,600 residents to over 11,000. A fire station and a law enforcement agency were eventually put in place to help contend with the growth. With a current population of nearly 60,000 residents, Casper is now known as one of Wyoming’s most populated cities.

Explore the Fort Caspar museum, the historic military fort that serves as the foundation of present-day Casper. Learn about some of the country's most historic trails at the National Historic Trails Interpretive Center. This unique center houses exhibits that represent The California Trail, The Oregon Trail, The Pony Express Trail, and The Mormon Pioneer Trail.

Indulge in a hearty American meal at Sherrie's Place. This laid-back eatery offers everything from blueberry pancakes and stuffed French toast to taco salad and sweet potato fries. If you're a burger enthusiast, you will love the Little Shop of Burgers, which is a popular spot with locals. Burger toppings include teriyaki sauce, chunky peanut butter, fried eggs, grilled onions, and American cheese.

Ten Broek RV Park is located near the western foothills of the Bighorn Mountains near the town of Ten Sleep, Wyoming. This natural retreat provides opportunities for horseback riding, fishing, hunting, and hiking. Amenities at this RV park include full hookups, Wi-Fi access, and pull-through sites. Daily rates start at $40 and pets are welcome at this campground, including horses.

Located in the town of Cody, Wyoming, the Ponderosa Campground is a picturesque mountainside retreat that offers full hookups, shower facilities, wireless internet, and pull-through sites. Additional amenities include Cable TV, laundry facilities, a convenience store, and a dump station. With the Stampede Park Rodeo Grounds being located just two miles away, you won’t have to go far for entertainment, and the park offers a free shuttle stop for your convenience.

Wind Cave National Park encompasses the massive Wind Cave, a 154-mile cave that features both calcite and frostwork formations. The area surrounding this 33,000-acre South Dakota park was once inhabited by a variety of Native American tribes, including the Lakota and the Cheyenne. The park is home to a diversity of animal and plant species. Here, you will find elk, cougars, minks, bison, sunflowers, and lilies. With miles of trails, there are plenty of opportunities for biking and front-country hiking.

Established in 1929, Grand Teton National Park spans over a whopping 310,000 acres of land. This Wyoming national park, which was originally occupied by the Paleo-Indians, features portions of the Teton Mountain Range. The park also includes the Jackson Hole mountain valley, the Snake River, over a thousand plant species, and hundreds of animal species. You may encounter moose, bison, hummingbirds, owls, bald eagles, spruce-fir forests, and wildflowers. Recreational opportunities include mountaineering, hiking, fishing, and cross-country skiing.

Located in the state of South Dakota, Badlands National Park stretches over 242,000 acres and features a unique, rugged landscape. The park includes isolated rock pinnacles, buttes, a mixed-grass prairie, and a wilderness area. Within the wildlands, there are several historic Native American ceremonial sites. In fact, the park itself once served as an Indian reservation for Oglala Sioux Native Americans. The area also houses an extensive collection of animal fossils, including Oligocene mammal fossils, which are said to be over 30 million years old. The diverse wildlife population consists of coyotes, prairie dogs, bison bulls, and the endangered black-footed ferret. Hiking, bicycling, and stargazing are a few of the recreational opportunities this captivating park provides.

Seminoe State Park is a sizable recreation area that consists of 20,848 acres. Only 1,600 of those acres feature land, however. The remaining 19,000 acres are made up of the Seminoe Reservoir. The reservoir provides plenty of opportunities for fishing, boating, and swimming. Land-based activities include camping and hiking. You can even enjoy wildlife viewing activities. During your visit, you may spot elk, bald eagles, bobcats, skunks, and mountain lions. Although hunting is not permitted inside the park, there is a nearby forested area that allows for the hunting of bighorn sheep and elk.

Glendo State Park is a 20,000-acre park that sits adjacent to the Glendo Reservoir. With miles of trails and hundreds of campsites, you can easily find a recreational activity to get into. Activities include camping, mountain biking, and hiking. The sizable reservoir is great for swimming, water skiing, and fishing. Fish species include catfish, perch, and bass. The park houses several animal species, including antelope, deer, and coyote. Along with recreational activities and wildlife watching, you will have a chance to view some of the park's gorgeous forest and mountain landscapes.

Spanning over 6,000 acres, Guernsey State Park is a National Historic Landmark District that encompasses the Guernsey Reservoir, canyons, hillsides, grasslands, and the historic Oregon Trail Ruts. These preserved wagon ruts date back to the early 1840s. The park offers a wide range of recreational activities, such as hiking, swimming, horseback riding, and fishing. The fish population includes catfish as well as yellow perch.

Established by President Theodore Roosevelt in 1906, the Devil's Tower National Monument features a 5,112-foot tall butte. Nestled within the isolated Black Hills, the rock tower was intensely studied by geologists during the late 1800s and early 1900s. They discovered that the butte was likely created by a magmatic rock intrusion that occurred millions of years ago. This pre-historic monument provides lots of climbing opportunities.

Located in the nearby state of Nebraska, the Agate Fossil Beds National Monument features a large collection of fossils from the Neogene period. Fossil species include the ancestors of present-day rhinoceroses, hippos, giraffes, sheep, and antelope. Along with a host of interesting paleontological finds, the monument consists of beautiful plant life. Here, you will find everything from western wallflowers and thread grass to sunflowers and prairie sand reed.

Jewel Cave National Monument is home to one of the world’s longest caves, Jewel Cave. This massive cave system boasts over 200 miles of passageways. The cave contains a variety of stunning minerals and geological features, such as flowstone, cave pearls, stalagmites, and gypsum. Although the cave is a fascinating feature, you don't have to limit yourself to cave tours. The monument also provides several outdoor trails that are perfect for hiking.

Located in the northern part of Wyoming, Bighorn National Forest stretches across a whopping one million acres of land. The forest was originally designated as a Forest Reserve by the United States government in 1897. The area includes mountain peaks, lowlands, and wildlands. This scenic forest is a great place for hiking, biking, horseback riding, and wildlife viewing. There are plenty of interesting animal species that can be found in this area, including cougars, moose, elk, and black bears.

Coconino National Forest is United States National Forest that covers more than a million acres. Located in the Flagstaff, Arizona area, the forest features a diversity of stunning landscapes. Some of these landscapes include mesas, volcanic peaks, deserts, pine forests, and flatlands. Within the confines of the forest, you will find significant portions of at least 10 U.S.-designated wilderness areas. A few examples include Fossil Springs Wilderness, the Strawberry Crater Wilderness, and the Wet Beaver Wilderness.

Roosevelt National Forest is a central Colorado forest that contains both mountainous and wilderness areas. The forest is divided into two main districts, the Canyon Lakes Ranger District and the Boulder Ranger District. Named in honor of United States President Theodore Roosevelt, the park stretches over 800,000 acres. The wilderness areas include the Neota Wilderness and the Rawah Wilderness. 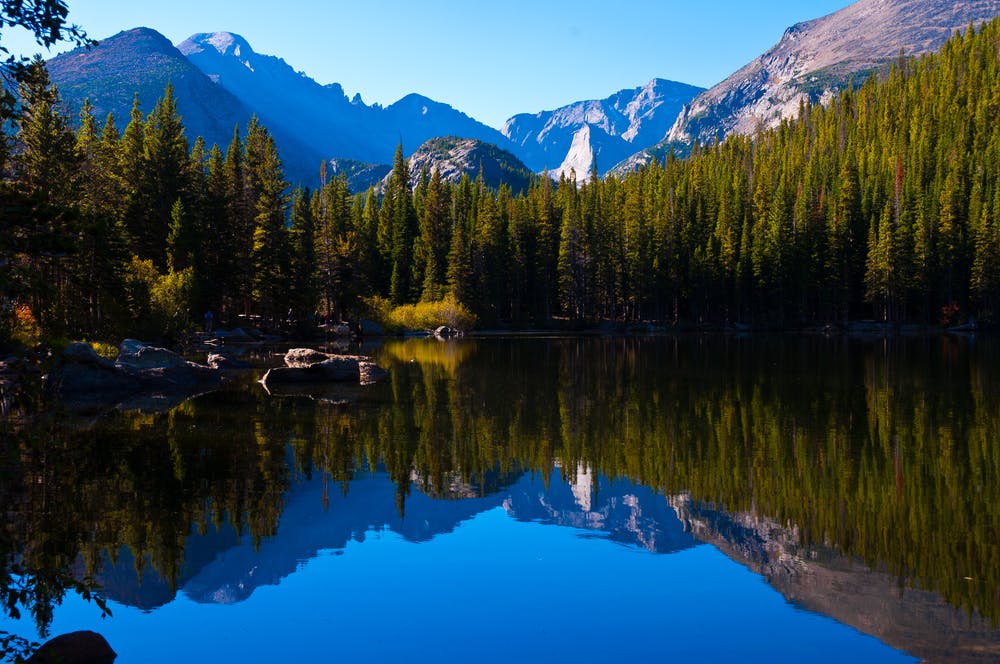 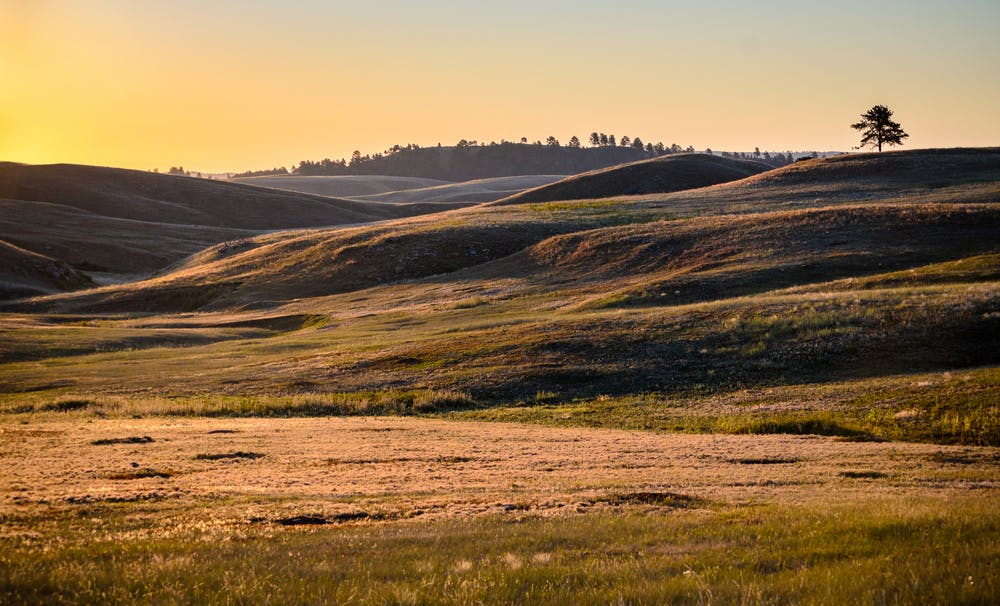 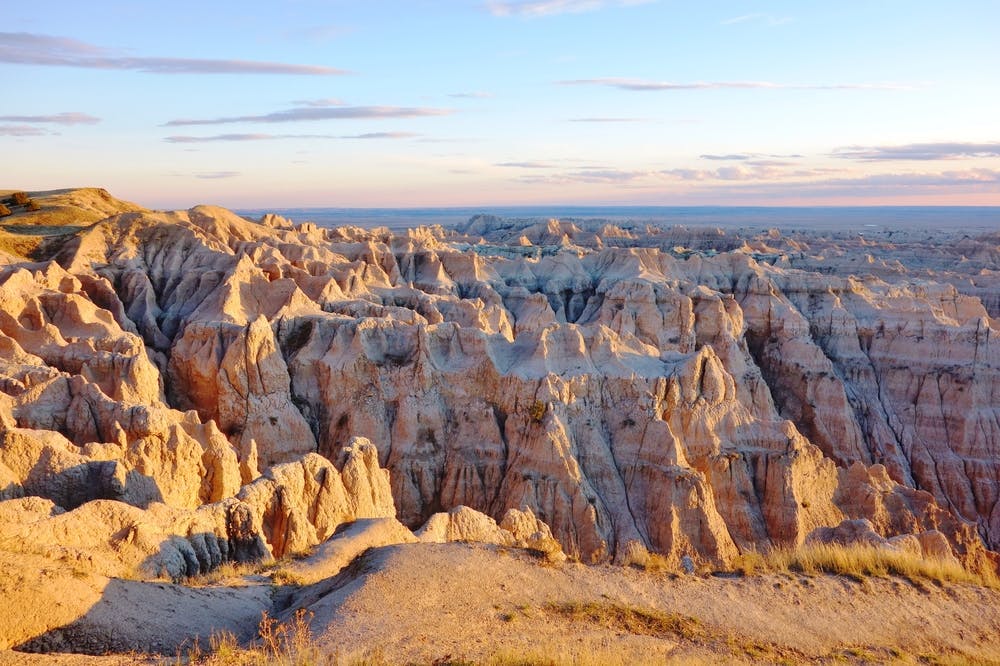 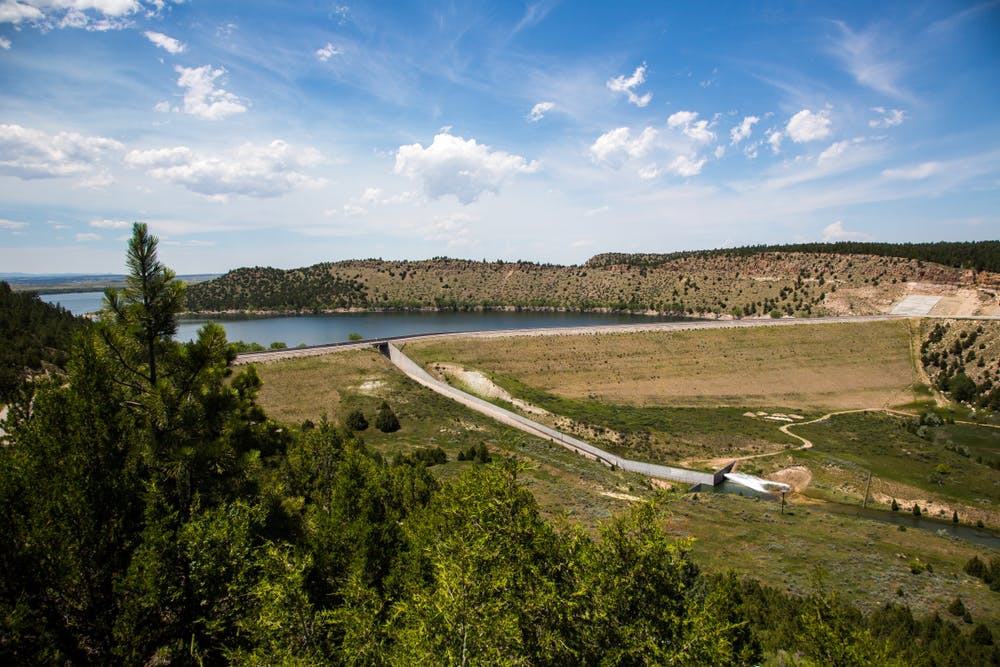 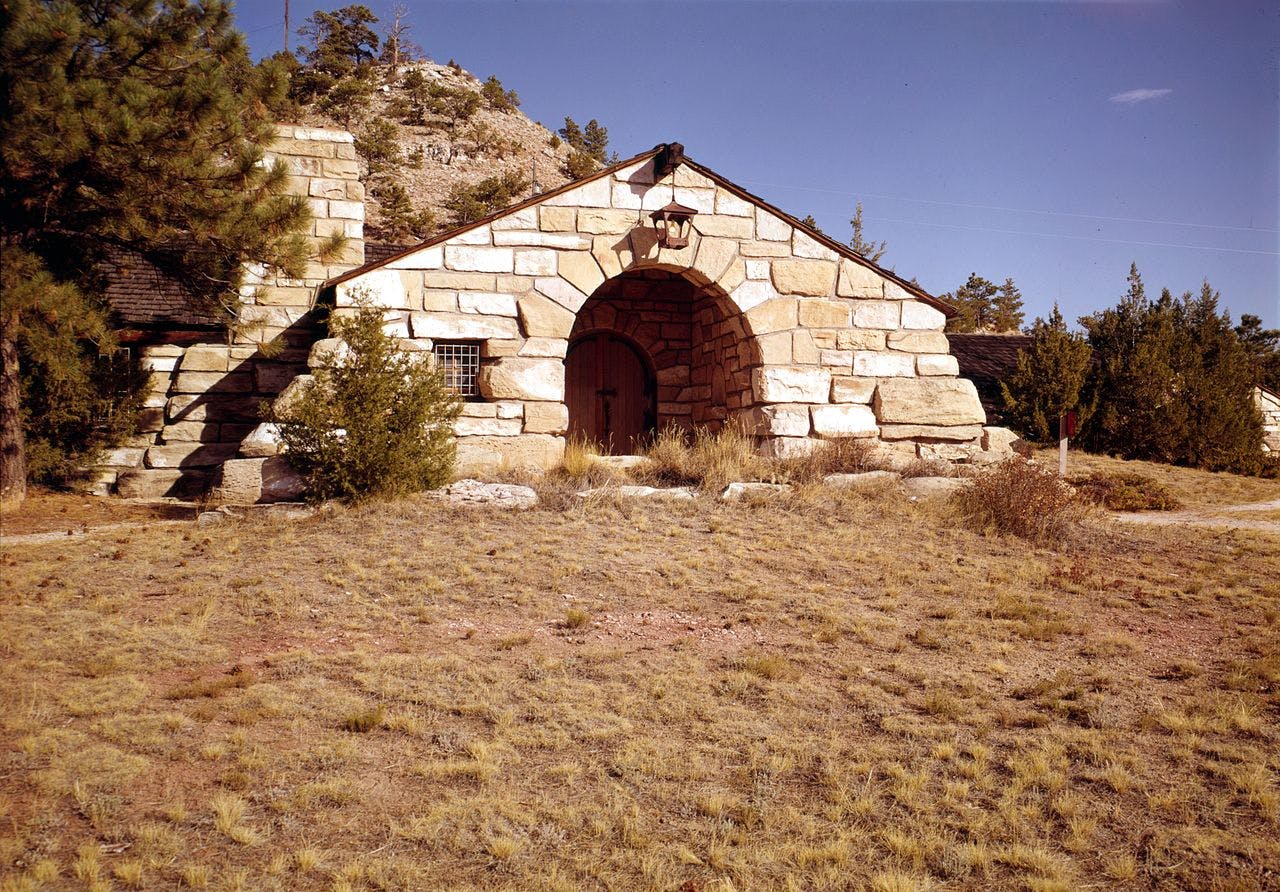 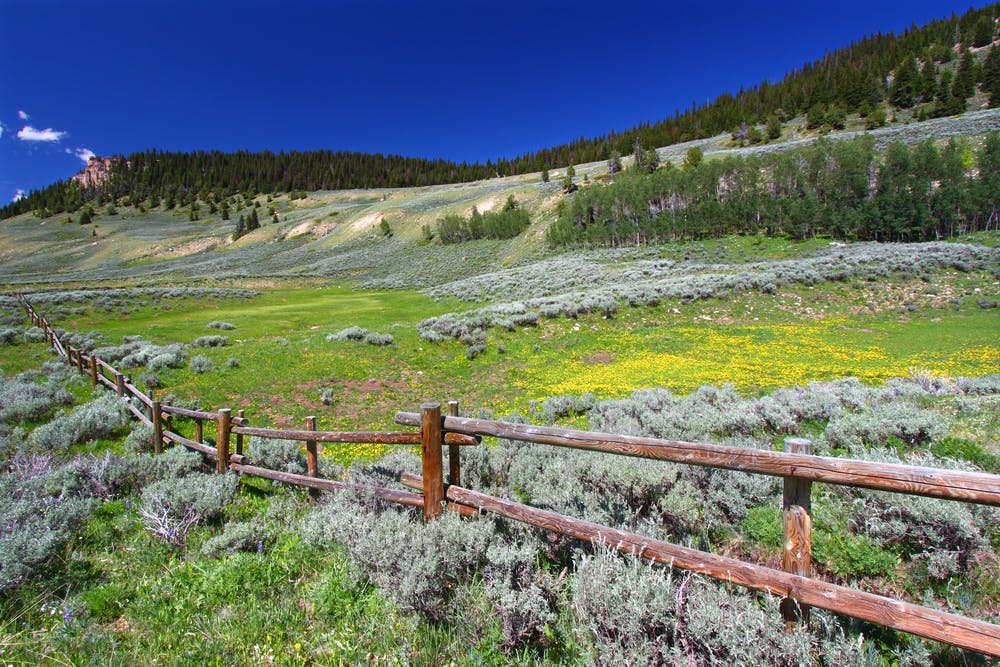 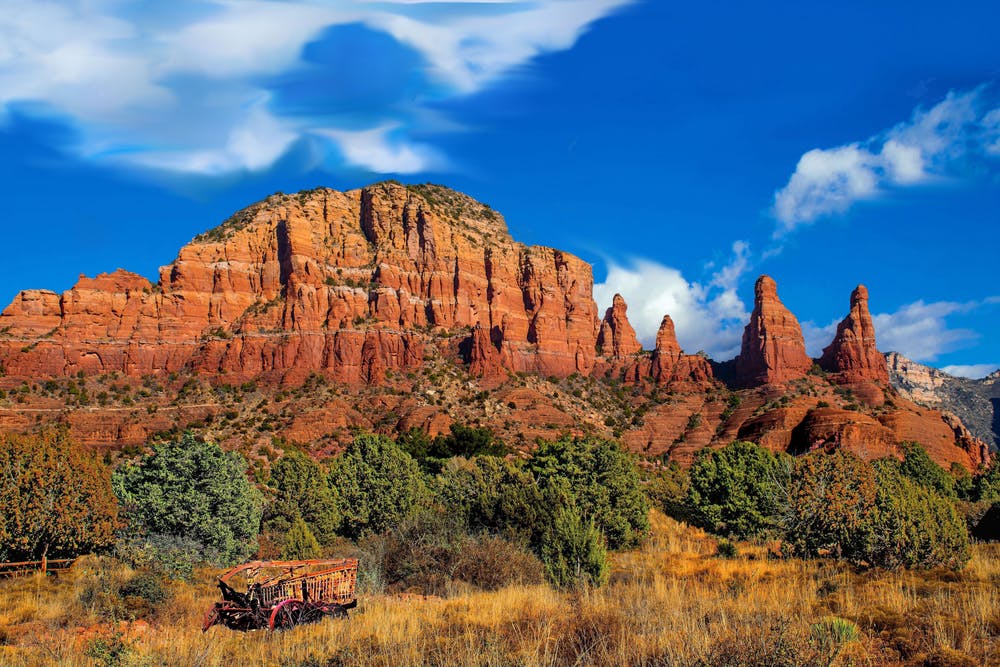 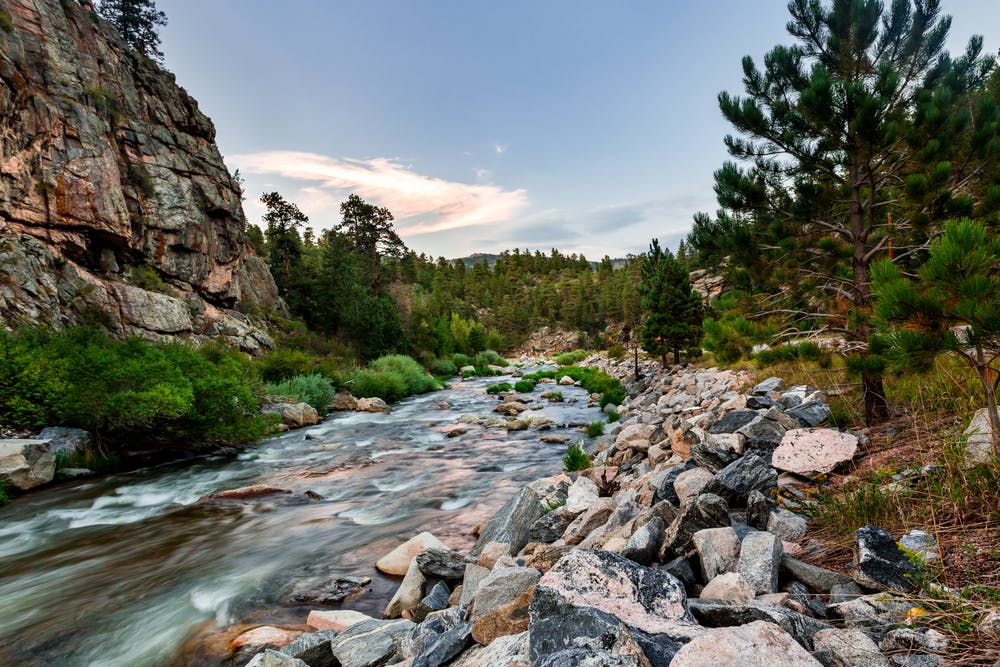 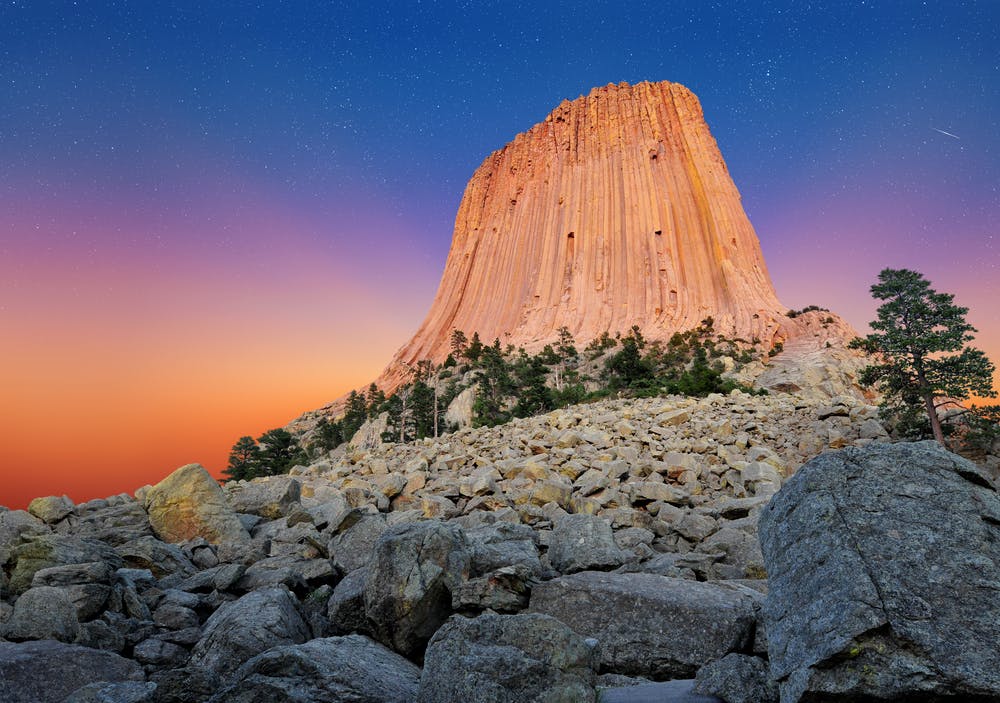 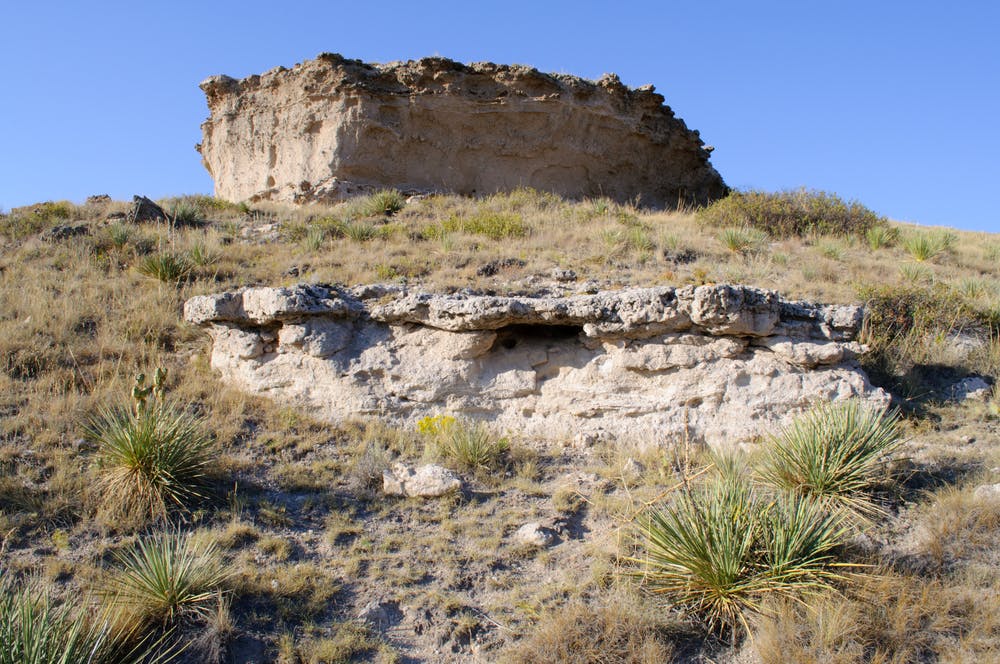 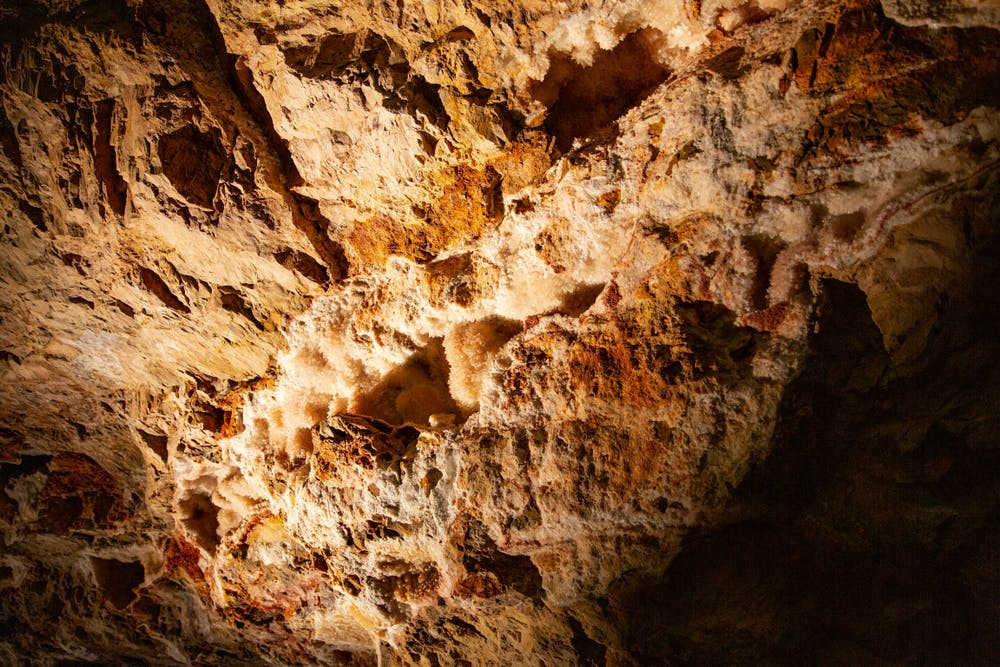 Frequently Asked Questions About Renting an RV Near Casper, WY

How much does it cost to rent an RV in Casper?

Do you need to be a certain age to rent an RV in Casper?

Yes. The minimum age is 25 to be eligible to get an RV Rental in Casper from RVshare.

Does RVshare offer one way RV rentals in Casper?