Popular RV Rentals Near Apache Junction, Arizona for Any Budget

Apache Junction, Arizona and the surrounding area are great spots to travel with an RV. You can find Class A RVs starting at $134 and Class C RVs starting at $150 per night. Standard travel trailers can be found for as low as $75 per night and fifth-wheels start at $94 per night. Note that RV rental rates vary not only based on the type of RV but also on the length of the rental and the time of year.

Sedona is a small city in northern Arizona that is known for its red rock formations and mild climate. The city is in the Verde Valley and is surrounded by Coconino National Forest. There are several historic monuments in Sedona, including the Chapel of the Holy Cross, which was built into the side of a red rock cliff, and the Sedona Heritage Museum. People usually stay in Sedona for a few days to a week.

Flagstaff, Arizona is a great place to visit and has a rich history, which can be explored at the Flagstaff Railroad Museum and the Heritage Square Historic District. If you want to relax, some popular parks and lakes in Flagstaff include Buffalo Park, Lake Mary, and Slide Rock State Park.

Tucson, Arizona was first settled by the Hohokam people over 2,000 years ago. The Spanish established a military presidio in Tucson in the 1700s, and the city became part of the United States after the Mexican American War in 1848. You can tour the Mission San Xavier del Bac, visit the Tucson Museum of Art, or explore Saguaro National Park. Tucson is also a great place to enjoy outdoor activities like hiking, biking, and horseback riding.

There are also many off-highway vehicle trails in the area. Tonto National Monument is nearby and so are several state parks, including Lost Dutchman, Canyon Lake, Saguaro Lake, Mesa Verde, and Picacho Peak. Popular tourist destinations within 100 miles include Prescott, Sedona, Jerome, Flagstaff, and Poston Butte Golf Club in Florence. Apache Junction has a hot desert climate with mild winters and hot summers. July highs average 105 degrees Fahrenheit, but extreme heat waves can bring temperatures up to 110 degrees Fahrenheit.

Marana is a town in southern Arizona that is about 35 miles northwest of Tucson. Marana was first settled by the Hohokam people, and their irrigation canals can still be seen in the area. The town was officially founded in 1857, and Marana's economy has traditionally been based on agriculture. Marana is now a growing suburb of Tucson, and it is home to many golf courses and resorts. The Marana Pumpkin Patch is a popular tourist destination, and there are several parks nearby where visitors can enjoy hiking, biking, and bird-watching. Marana is a great place to experience the desert landscapes of southern Arizona.

Safford, Arizona was founded in 1874 and was originally settled as a Mormon community. Safford is known for being the birthplace of astronaut Eugene Cernan, the last man to walk on the moon. Safford is also home to Mount Graham International Observatory. There are many recreational spots nearby for RVers, such as Roper Lake State Park and Graham County Park. Safford is also within 100 miles of popular tourist destinations such as Tucson and Phoenix.

Grand Canyon National Park is about a four-hour drive from Apache Junction. Hiking along Bright Angel Trail and the South Kaibab Trail is a popular activity in the park. Plenty of camping, fishing, and rafting opportunities are also available. Some of the most popular attractions at the park are the Grand Canyon Village, the Bright Angel Lodge, and the El Tovar Hotel.

Lost Dutchman State Park is just a few minutes outside Apache Junction. The popular trails in this park include the Lost Dutchman Trail and the Superstition Wilderness. The 320-acre park is home to a variety of desert wildlife, including javelina, jackrabbits, and wild mules. Camping and mountain biking are popular here, especially in the cooler fall, winter, and spring seasons.

Situated at the base of Picketpost Mountain, Boyce Thompson Arboretum State Park opened to the public in 1929. The 392 acres of gardens at the park feature over 2,500 plant species that you can see by exploring the on-site hiking trails. The area is also a great spot for bird-watching.

Mcfarland State Historic Park is in Florence, Arizona about 30 minutes from Apache Junction. The park was established in 1979 to commemorate historic structures dating back to the earliest days of Arizona's history. Today, you can explore the buildings and learn more about the founding of the state.

Arizona is home to many landmarks and monuments that have already been discussed here, including the Grand Canyon and Petrified Forest. For something a little closer to Apache Junction, consider visiting Old Tucson. This theme park and working movie studio gives visitors the chance to experience the Wild West while having easy access to all of the great attractions in the thriving city of Tucson.

Haciendo Solano Resort is located just minutes from Apache Junction and offers a variety of activities, including horseback riding, hiking, and canoeing. Twin Palms RV Park is also located nearby and features a swimming pool, playground, and basketball court. Mesa Spirit RV Park is located a bit further from Apache Junction but offers more solitude and tranquility. There are plenty of hiking trails in the area, as well as a grocery store and laundry facilities.

Arizona has you covered with its long list of RV dump stations. As you leave Apache Junction, stop by Gander RV. This RV sales and service center offers free dumping. You can also opt to have your RV inspected or request a propane exchange. Gander RV requests that you contact their service center for pricing and availability. You can also visit RV Hideaway Storage, which also allows free dumping. This facility also provides parking and storage along with RV services that include washing, charging, propane exchange, and tire checking. 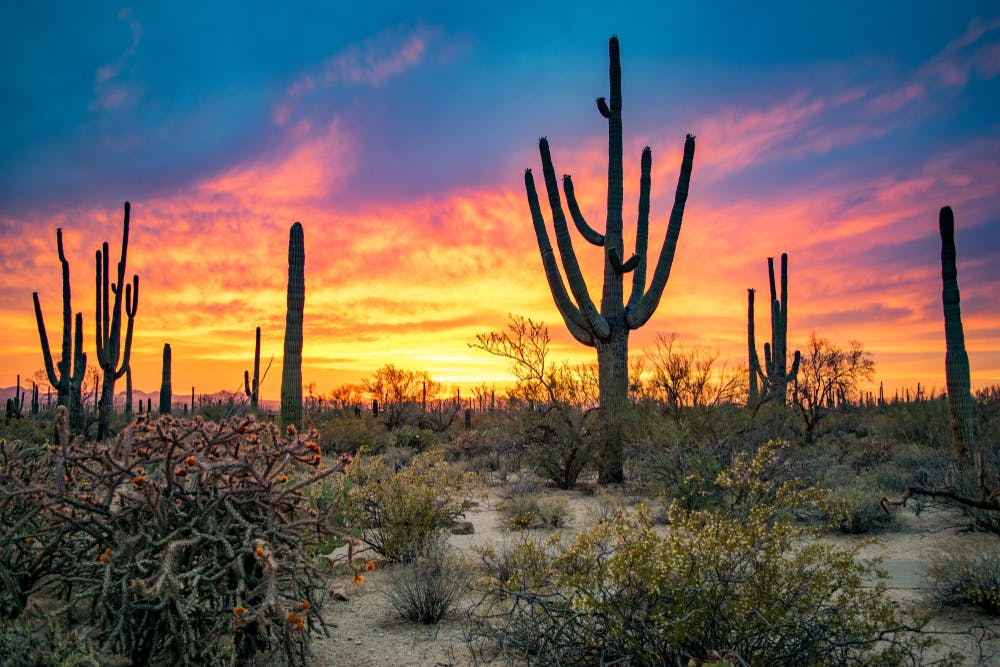 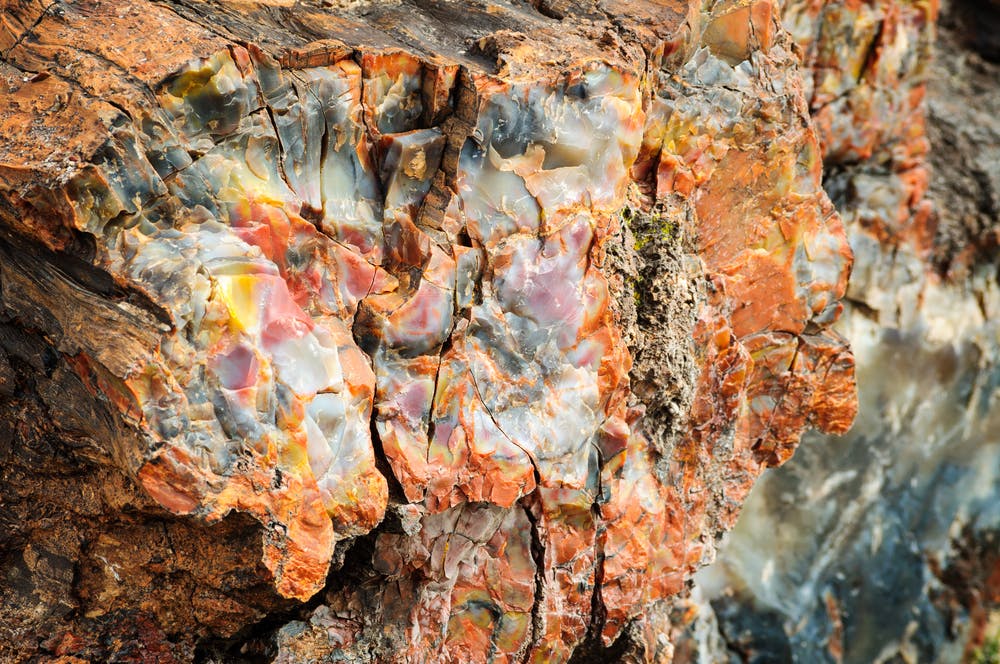 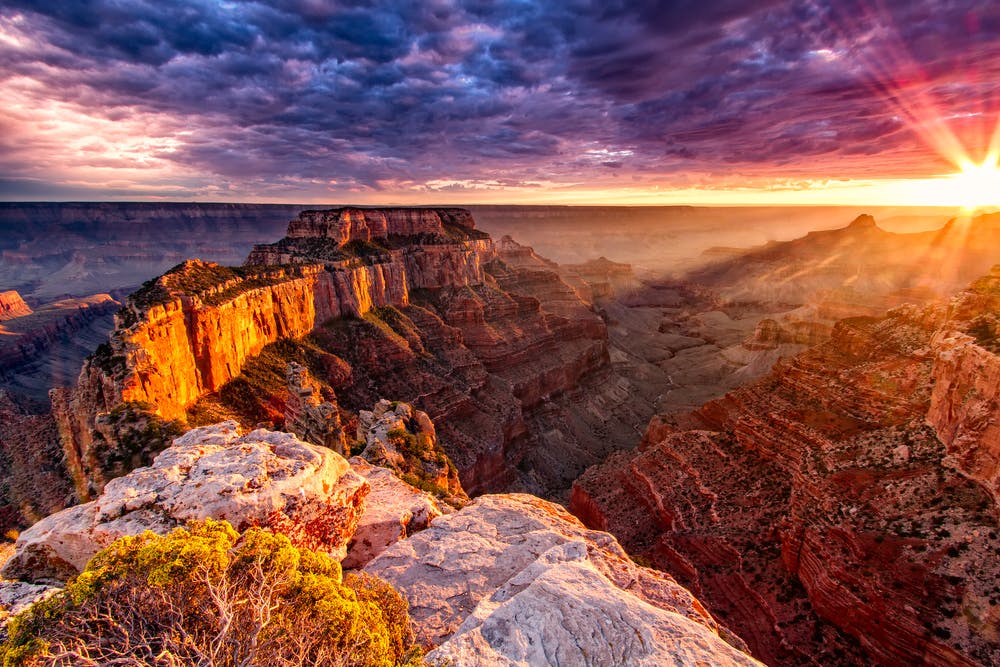 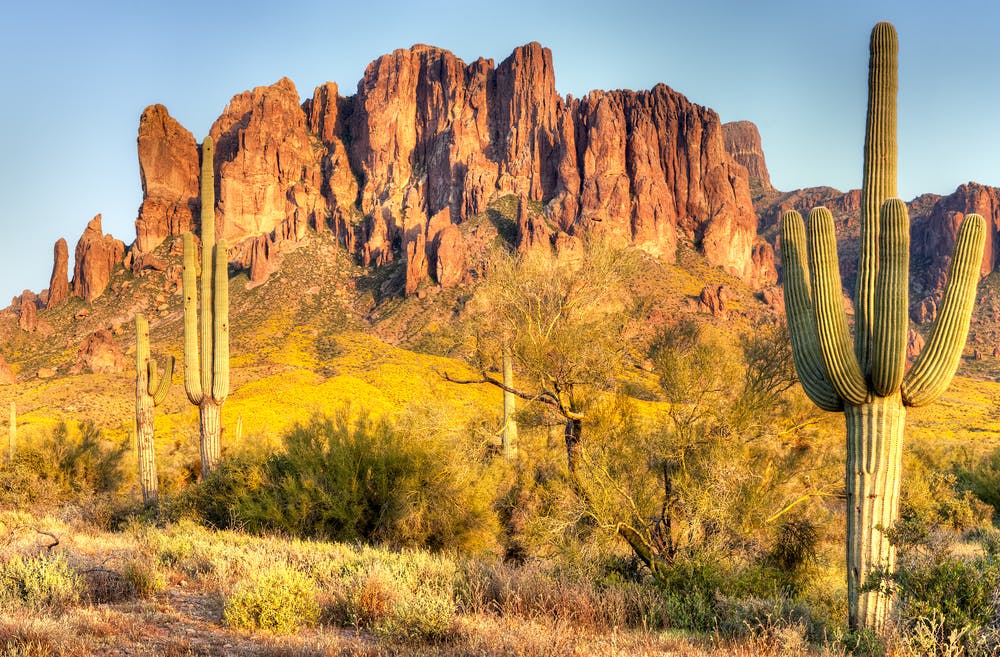 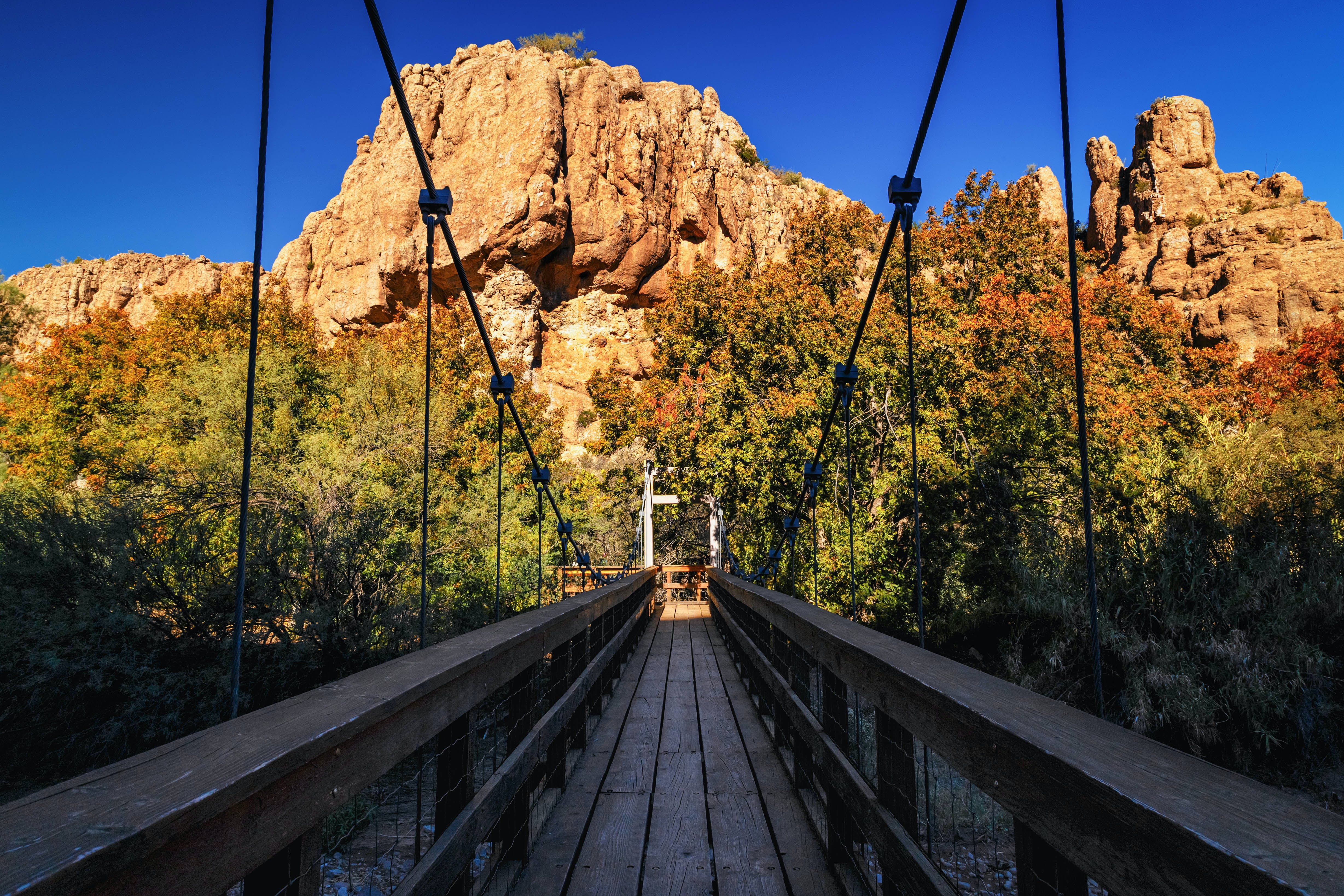 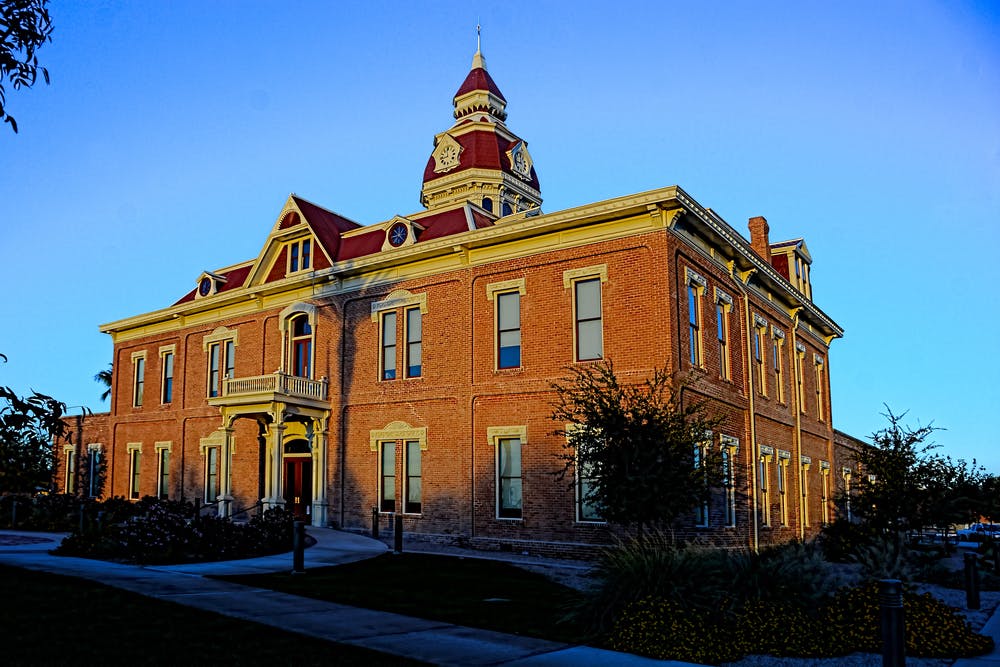 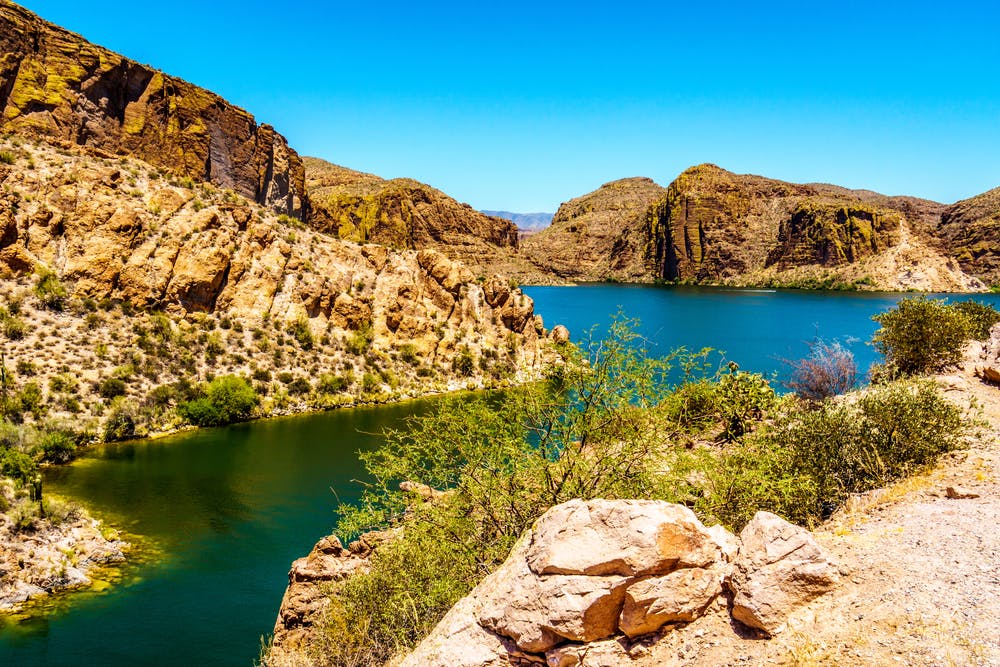 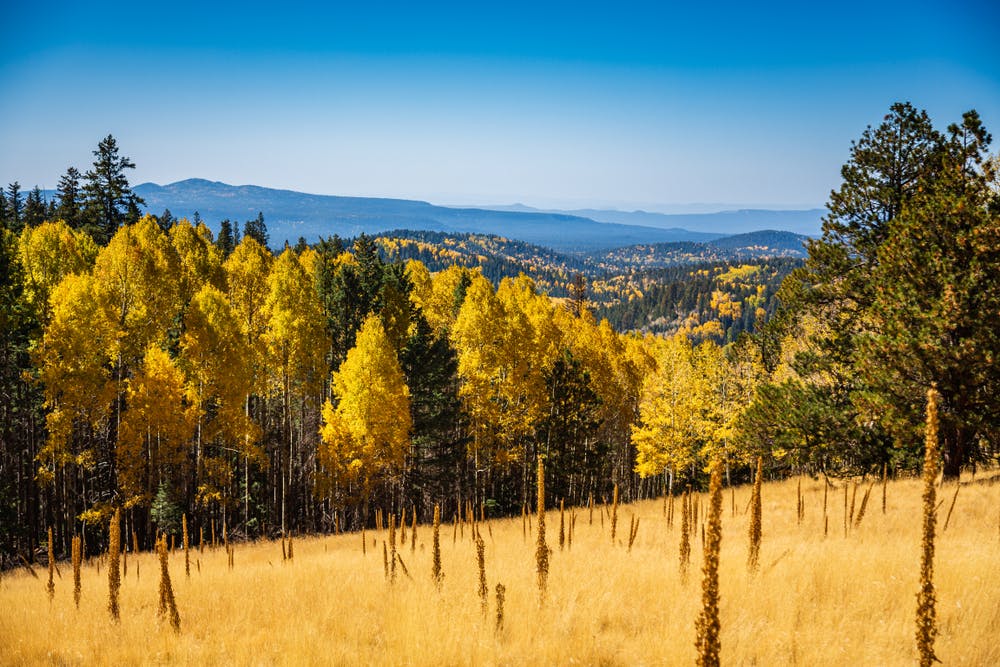 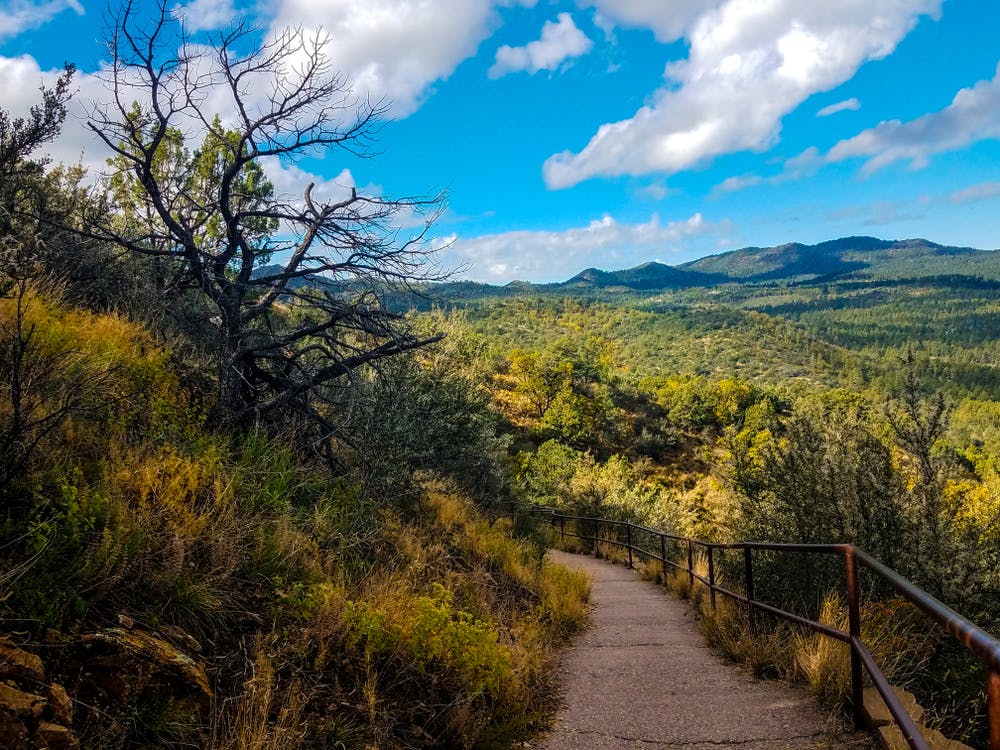 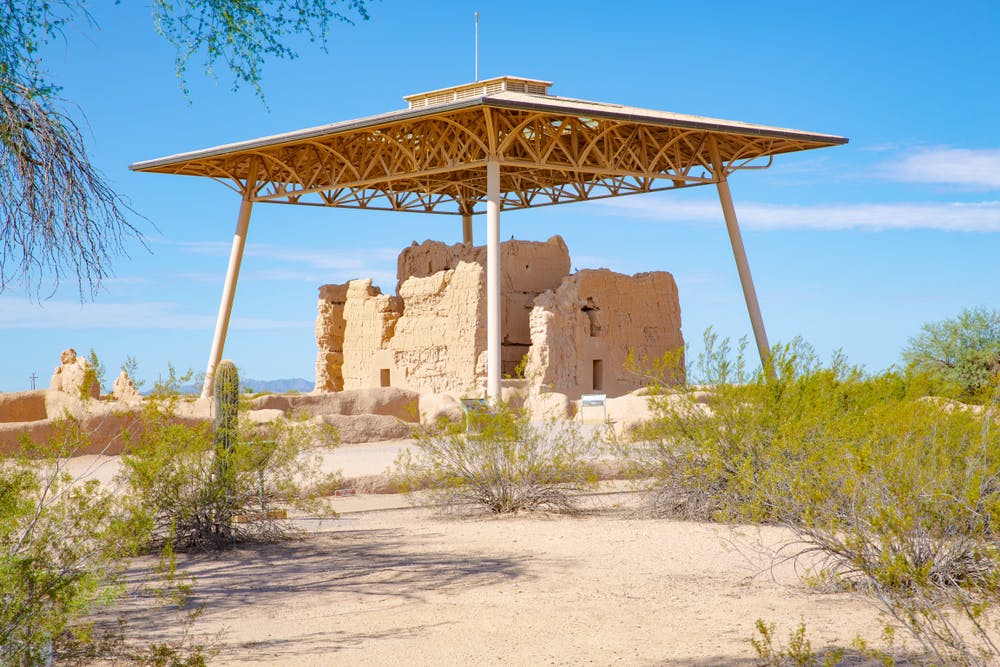 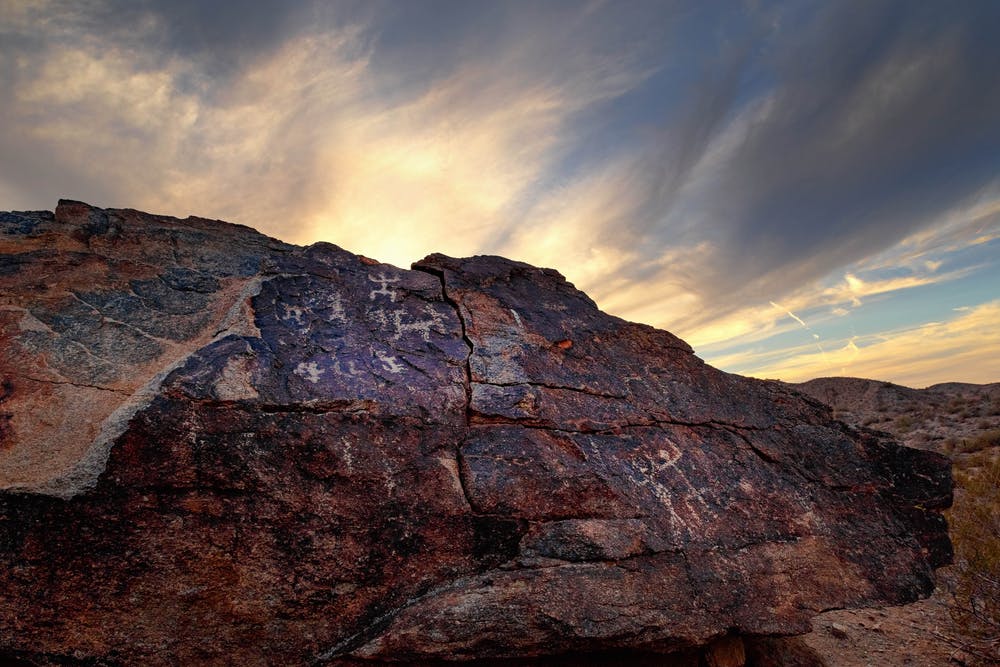 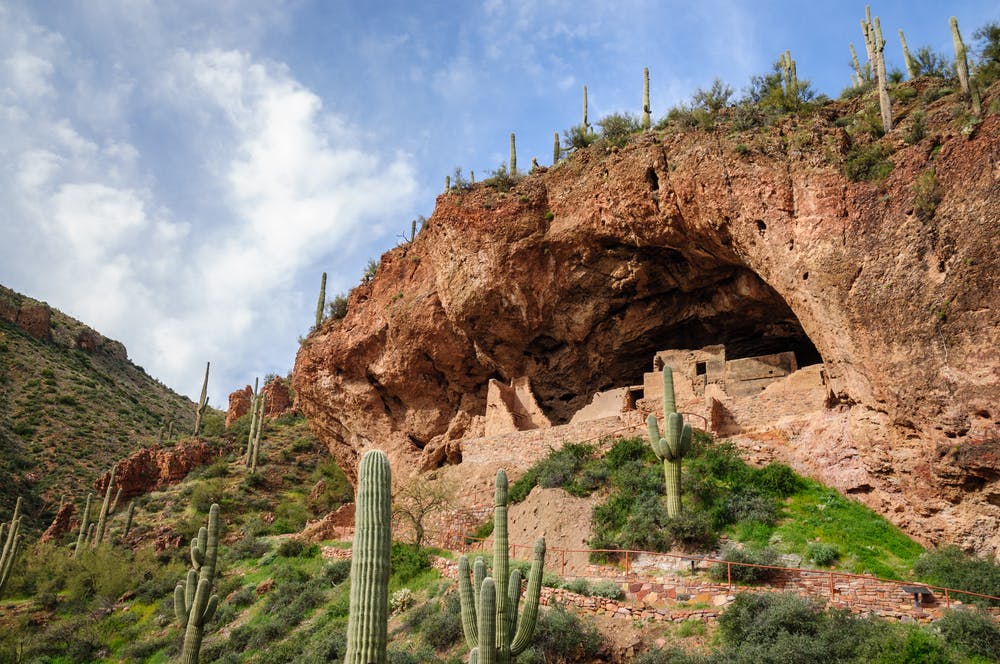 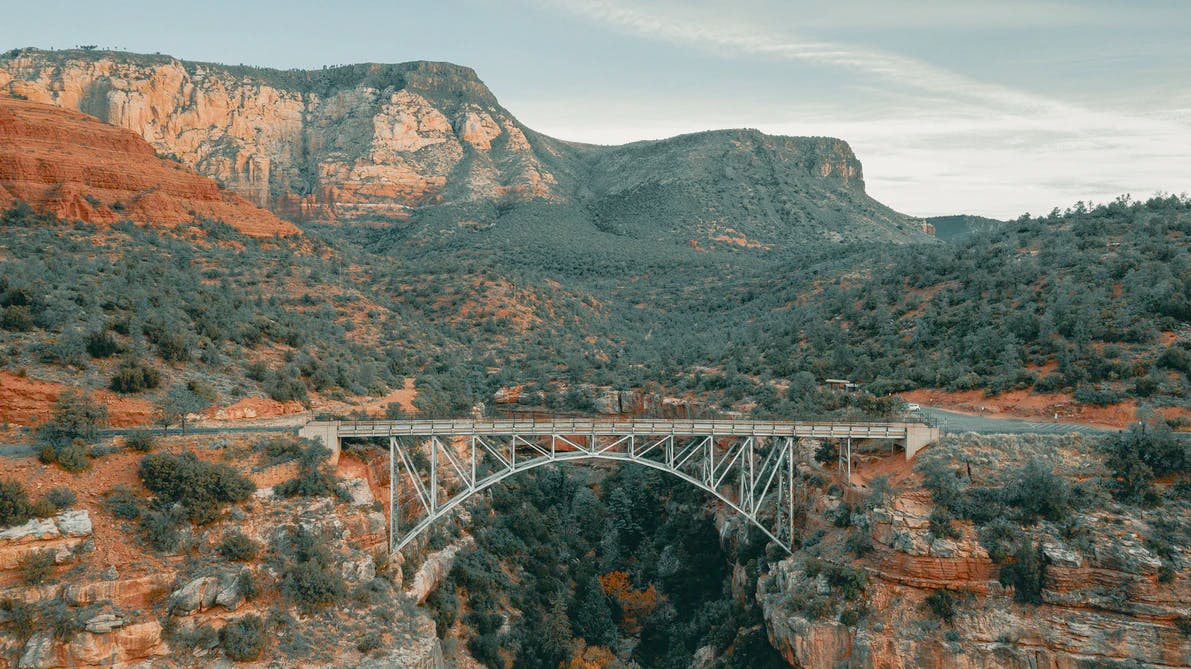 How much does it cost to rent an RV in Apache Junction?

Do you need to be a certain age to rent an RV in Apache Junction?

Yes. The minimum age is 25 to be eligible to get an RV Rental in Apache Junction from RVshare.

Does RVshare offer one way RV rentals in Apache Junction?