Popular RV Rentals Near Charlotte, North Carolina, for Any Budget

Get a great deal on an RV to explore Charlotte, North Carolina, and its surrounding area. Travel trailers are a popular option and start at only $85 per night. If you opt for a motorhome, consider Class C options starting at $180 or Class A options at $210 nightly. You can also snag a popup camper renting for $68 nightly or camp in a fifth-wheel trailer starting at $110 per night.

Mint Hill, North Carolina, located at the foot of the Blue Ridge Mountains, is surrounded by vineyards and orchards. Spend a day or two winding through the Blue Ridge Parkway, return to Mint Hill for a night of relaxation, and enjoy the local wineries. Shopping, dining, and entertainment are all a short distance from Mint Hill.

Cornelius, North Carolina, is known for its top-rated parks and family entertainment options. The Brookshire Amphitheater is a great place to catch a show. For a family-friendly day trip, spend the afternoon at the Tega Cay Family Aquatic Center or the Tega Cay Sportsplex.

The road trip from Charlotte to Miami via the Blue Ridge Parkway will be one to remember. Miami, FL, is a popular destination for those looking to soak up the sun, play on some of the world's most famous golf courses, and experience some of the world's greatest cultural institutions.

Charlotte is one of the largest cities in North Carolina, with approximately 881,000 residents. The history of Charlotte dates back to 1768, when Richard Henderson, the first European to explore the area, came through and proposed building a town here. In 1835, brothers Henry and John McCrady surveyed the area for the city of Charlotte. Located near a port along a vital trade route, Charlotte prospered until the Civil War destroyed its cotton textile industry. In 1971, after years of annexation and expansion by annexation from unincorporated areas in Mecklenburg County and surrounding counties, Charlotte became an independent city.

Charlotte was the capital of the Confederacy during the Civil War. A Confederate parade was held in the city on May 20, 1861, when residents of Charlotte gave an address that included the "sons and husbands of Carolina, South Carolina, and Georgia." The statehouse at this time was renamed Confederate Hall. This event created a national controversy and resulted in street fighting between citizens of Charlotte and those from neighboring cities who opposed secession. Charlotte was a primary target for the Union Army during the Civil War. In 1883, Southern Railway named five passenger stations at different locations in Charlotte after Confederate leaders.

A staple of Charlotte's cityscape is its skyline. As Charlotte grew and prospered, its skyline filled with impressive buildings and skyscrapers. The Bank of America Corporate Center, completed in 1992 at 789 feet, is the tallest building in the Carolinas. While in Charlotte, tour the area's many museums, including the Mint Museum Uptown, which focuses on art, history, and decorative arts of ancient civilizations; The Bechtler Museum of Modern Art; and Discovery Place children's museum. Downtown Charlotte is also home to Center City, a major entertainment and shopping district.

Huntersville, North Carolina - Visit Lake Norman State Park, which offers horseback riding, biking, hiking trails, and a disc golf course. This city has 60,000 people and is about 30 minutes from Charlotte.

Gastonia, North Carolina - You can enjoy a day or night on the beautiful and peaceful lake at Lake Wylie State Park. The population of Gastonia is about 80,000 people, and it's about 45 minutes from Charlotte.

Mount Holly, North Carolina - Fox Grove State Park is a great place to take in the beautiful scenery of the state park. This city has about 15,000 people and is about 30 minutes from Charlotte.

Congaree National Park is a river swamp located in the southeastern corner of South Carolina. It's the largest expanse of old-growth bottomland hardwood forest remaining in the United States and part of the Congaree River floodplain. The park was created to protect trees that are more than 350 years old and various animal species.

At 1.5 million acres, New River Gorge National Park is considered a natural wonder. The park encompasses three major mountain ranges and includes more than 180 waterfalls and rapids. It has spectacular views of the New River Gorge Bridge, which spans 1,050 feet across the river valley.

Great Smoky Mountains National Park is located along the North Carolina and Tennessee border. It contains the highest mountains in the eastern United States, exceeding 6,000 feet. The park is near the Little Tennessee River and contains more than 1,500 square miles of mountain and forest. You'll want to visit the Tuckaleechee Visitor Center, which offers exhibits and interactive displays.

Andrew Jackson State Park is about a 30-minute drive from Charlotte. This state park comprises 200 acres and offers several amenities, including playgrounds, picnic shelters, fishing, and canoeing. There's a theater that provides an area for concerts and entertainment events.

Kings Mountain State Park is about a 45-minute drive from Charlotte. This state park has about 77 acres and offers activities for both children and adults such as picnicking and fishing.

Lake Norman State Park houses about 200 acres, and it offers camping, boating, and fishing. There's a marina on the grounds that includes boat ramps, docks, and a store with recreational supplies.

The Mint Museum is located in Charlotte's historic Mint Building. It was built in 1830 by Congress, who intended to use it as a repository for the nation's gold and silver coinage. The building served as a national mint from 1838 until 1898 when it became a branch of the Smithsonian Institution. The Mint Museum hosts a collection of more than 18,000 objects and works of art spanning 5,000 years.

The Bechtler Museum of Modern Art was founded in 1972 by philanthropist Edward Bechtler as a tribute to his wife, a painter and printmaker. The museum's collection focuses on modern and contemporary artists, including Picasso, Kandinsky, Pollock, and Warhol.

Discovery Place is located in the historic Tryon Palace on Queen City Drive. This children's museum features interactive exhibits to entertain and educate visitors of all ages. The museum hosts a variety of events and workshops for kids as well.

Upcoming Events in and Near Charlotte, North Carolina

• NASCAR All-Star Race - This annual race is held at Charlotte's historic Lowe's Motor Speedway every May, and over 100,000 fans attend the race.

• Charlotte Pride Festival - This is a family-friendly five-day event featuring music, food, and entertainment. It's held in late July every year.

• Carolina Renaissance Festival - This event is a time-traveling adventure that will transport you to a 16th-century village. The festival has over 100 entertainers and artisans, and it runs from May to October yearly.

• Billy Graham Museum - The museum contains items related to the life of world-renowned evangelist Billy Graham, who was known for his passionate preaching and teachings. You'll find photos, Bible memorabilia, and books.

• NASCAR Hall of Fame - The National Association for Stock Car Auto Racing is a family-owned business that hosts auto racers from all over the globe. This museum displays cars and exhibits that showcase the history of NASCAR racing. 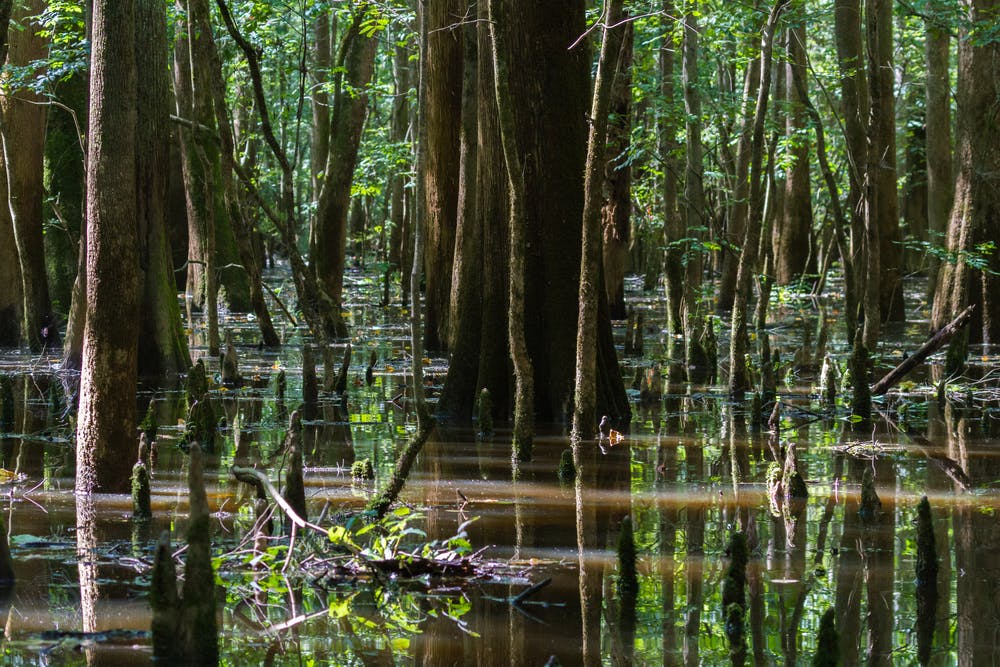 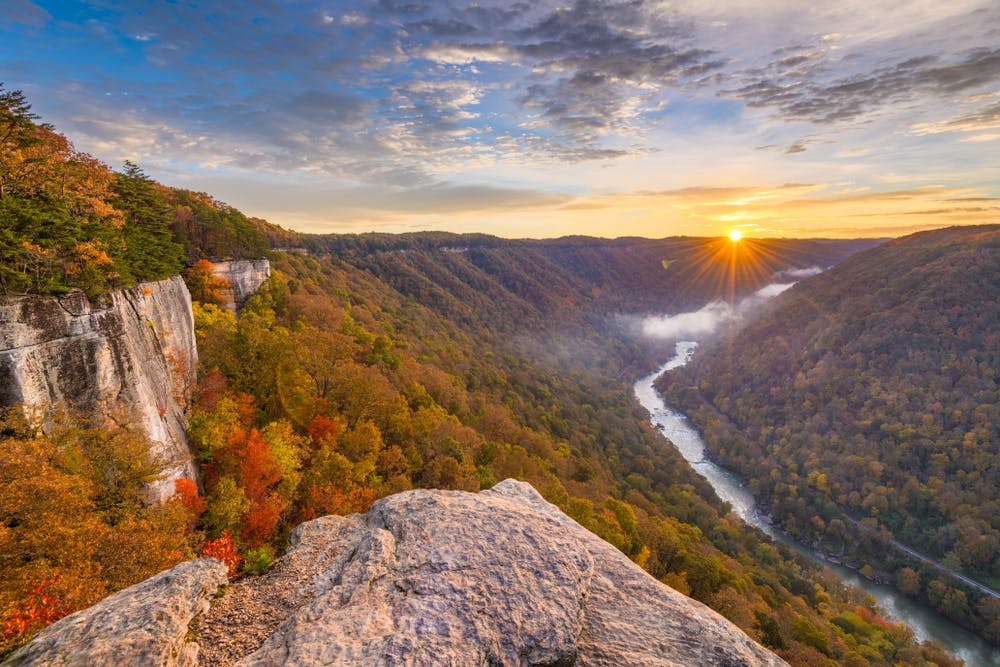 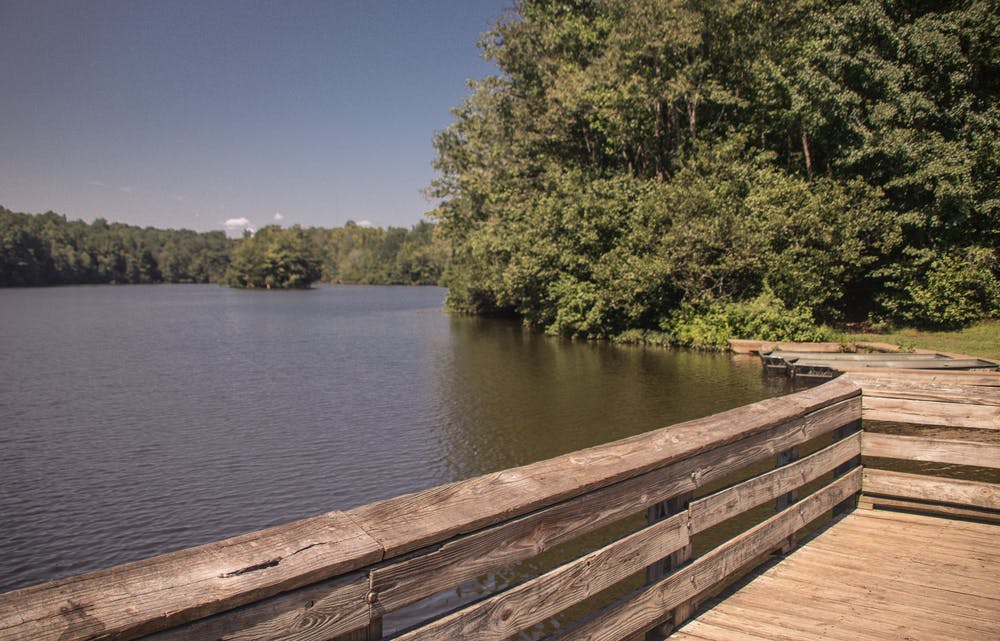 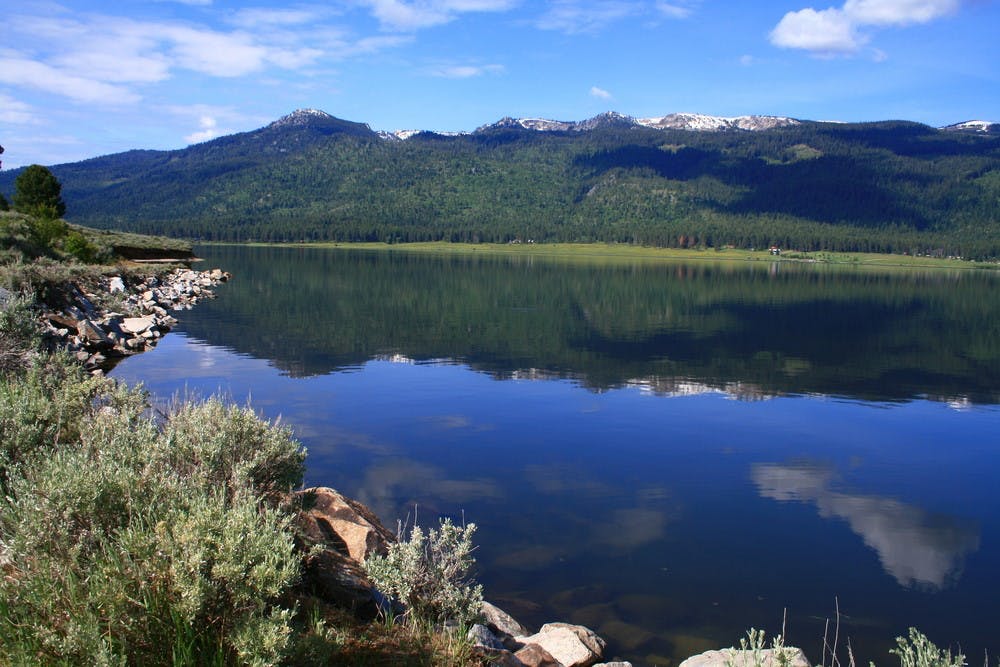 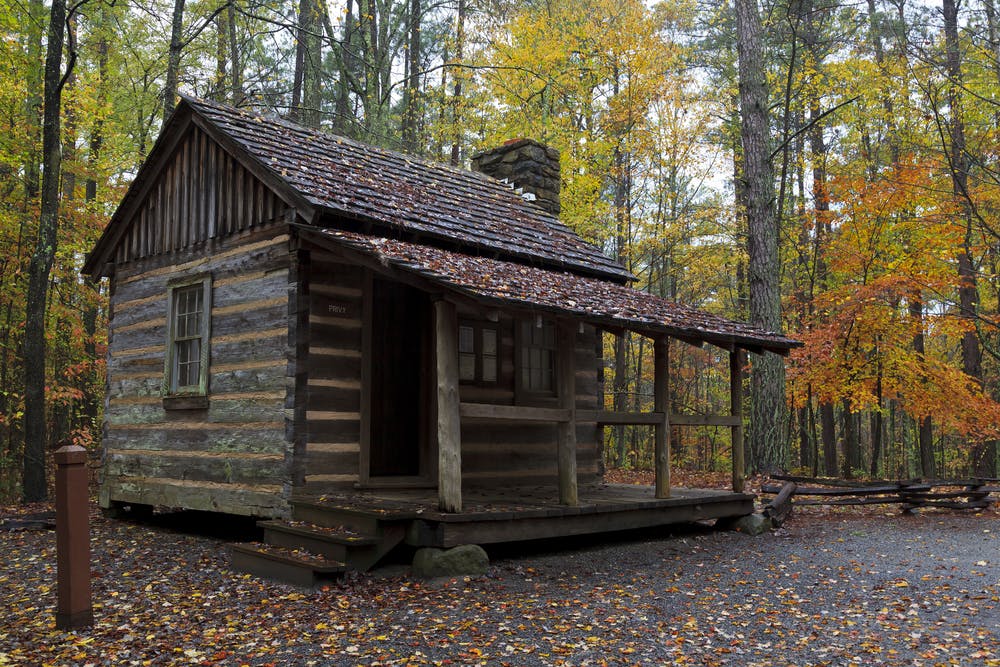 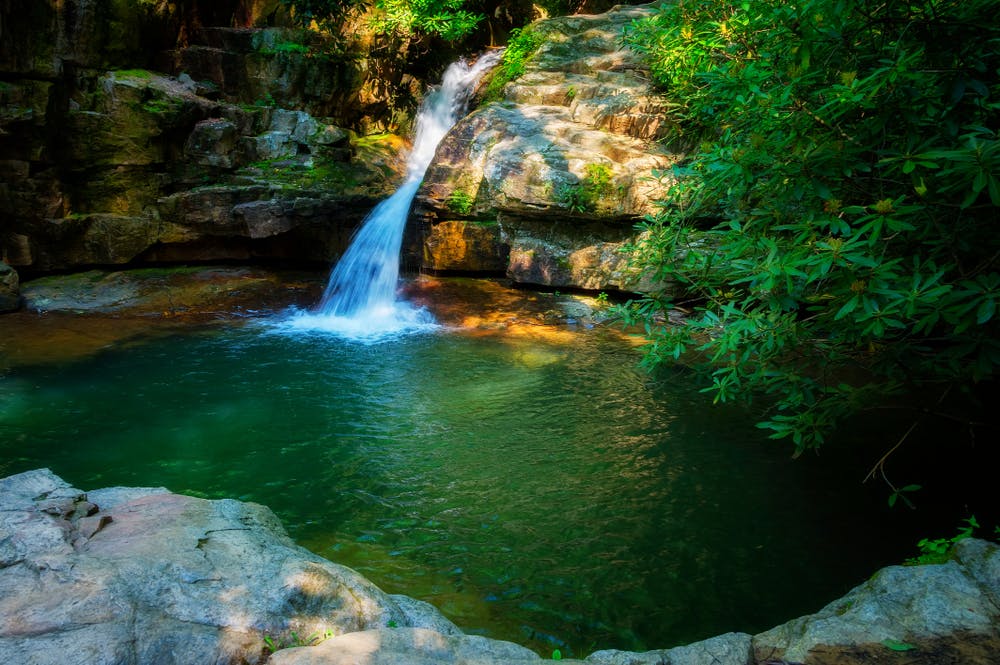 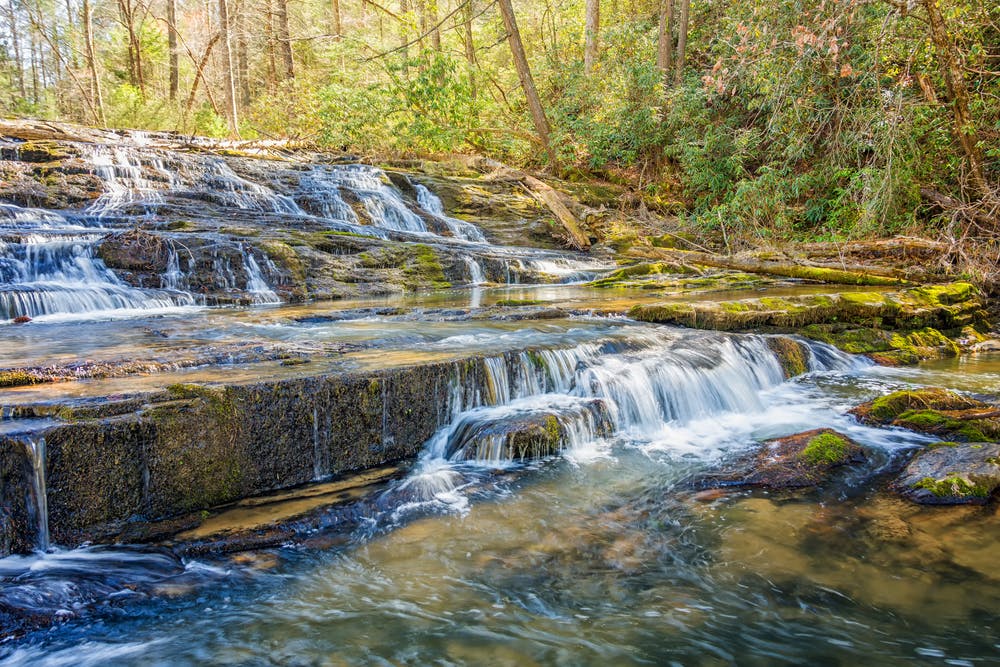 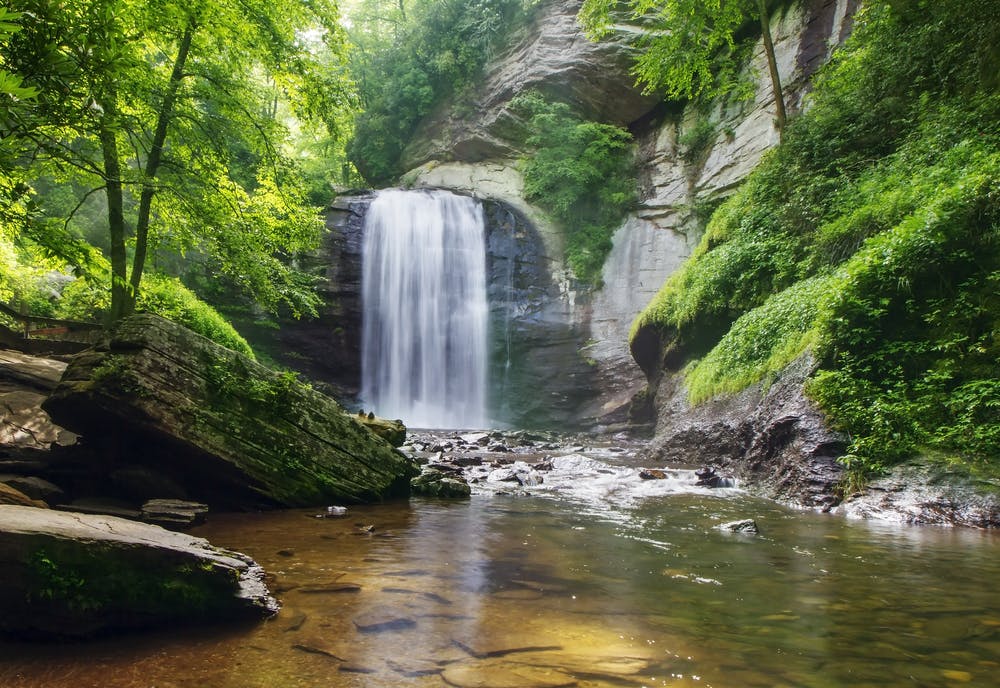 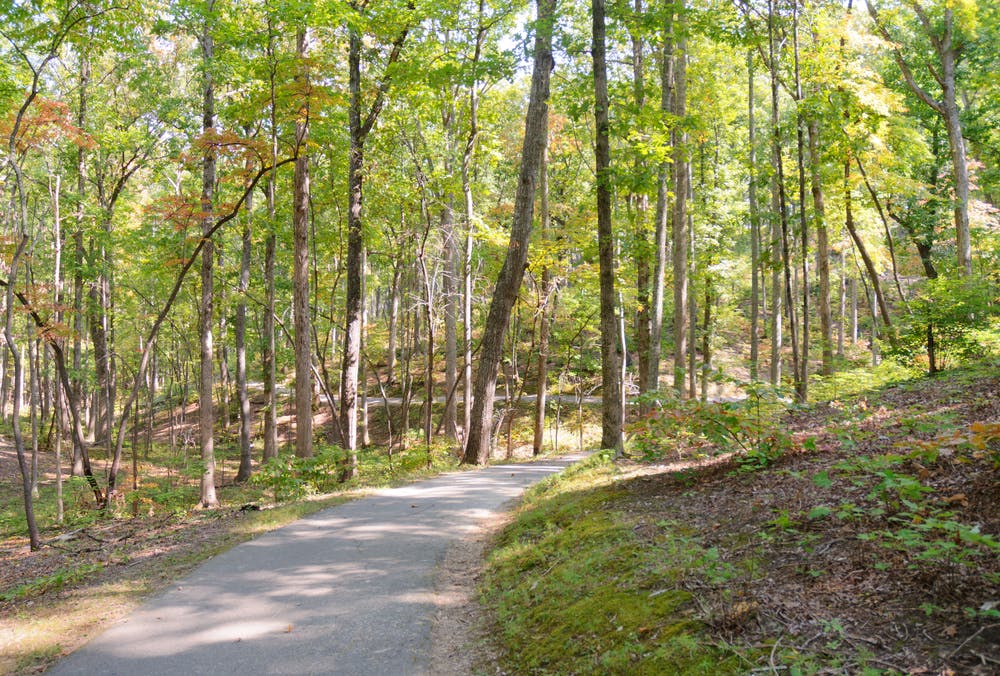 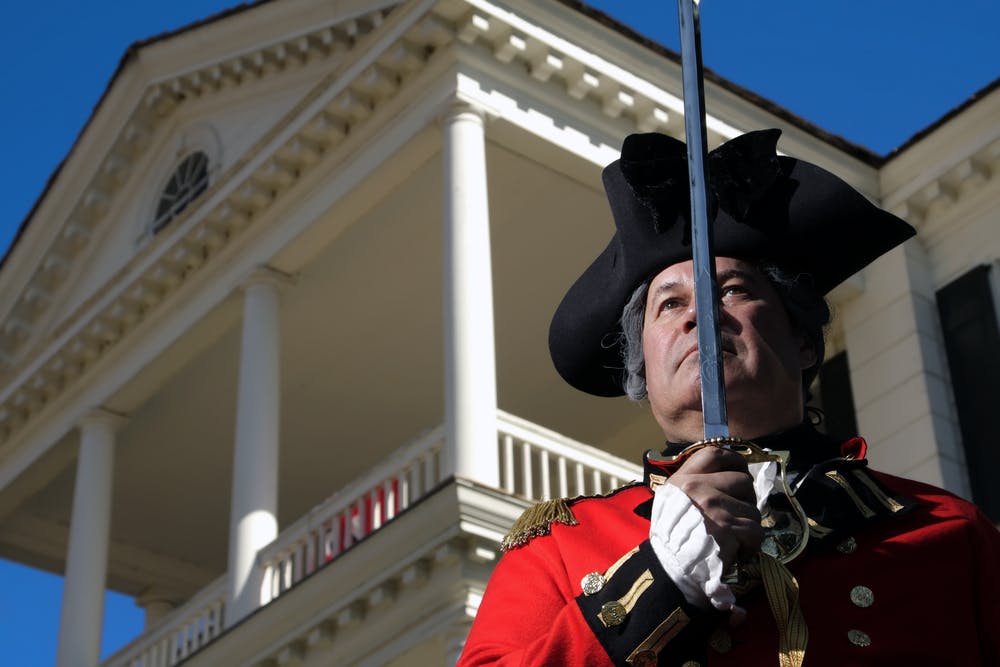 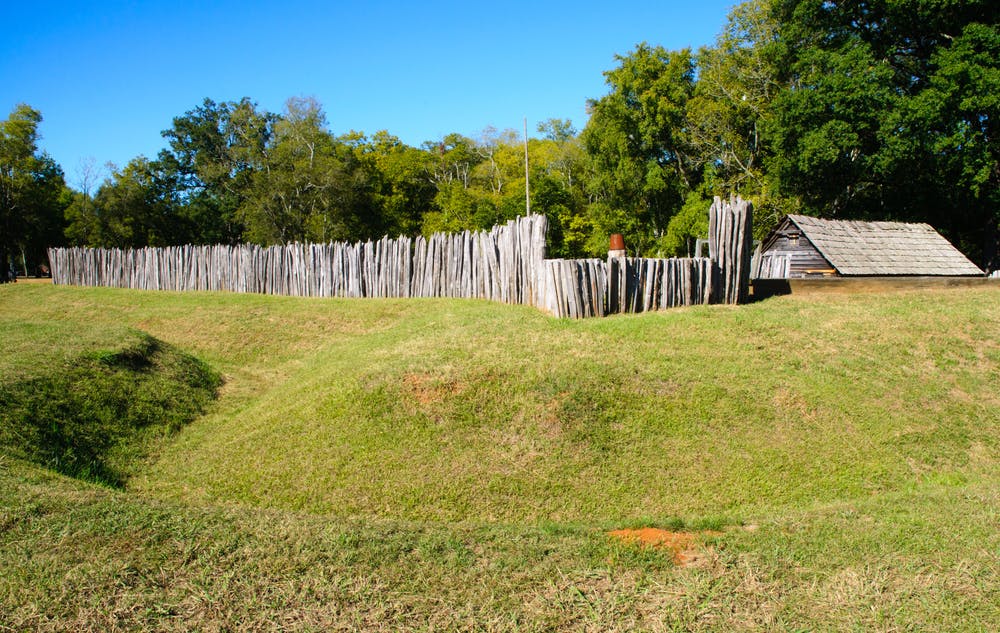 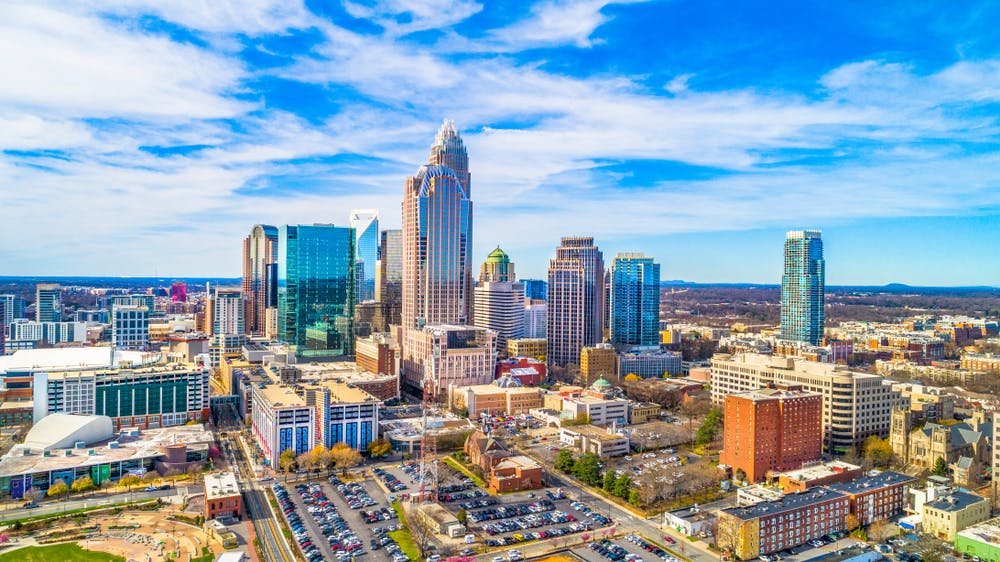 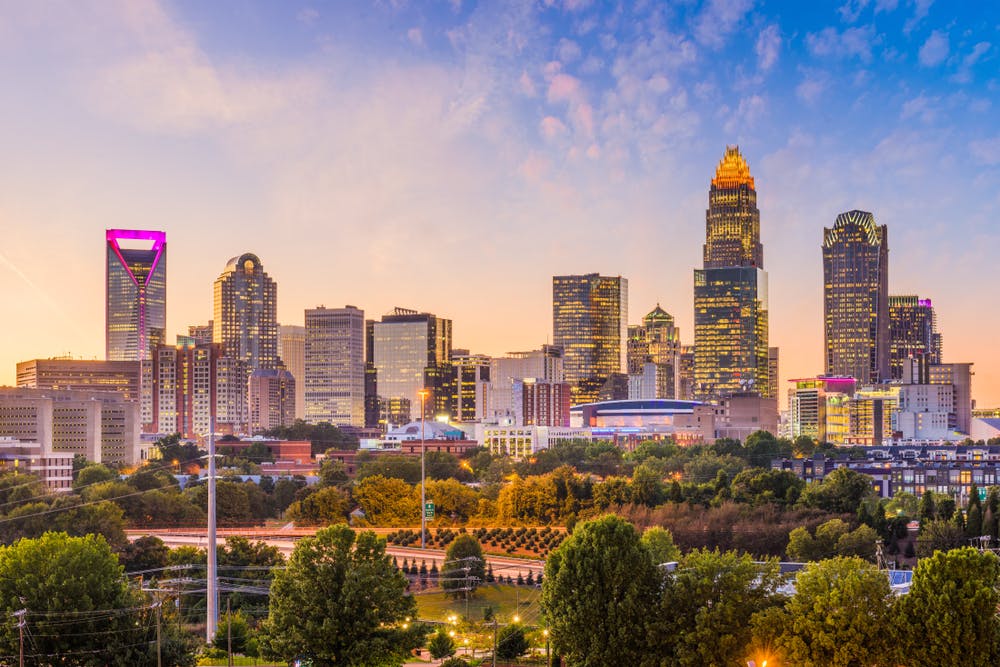 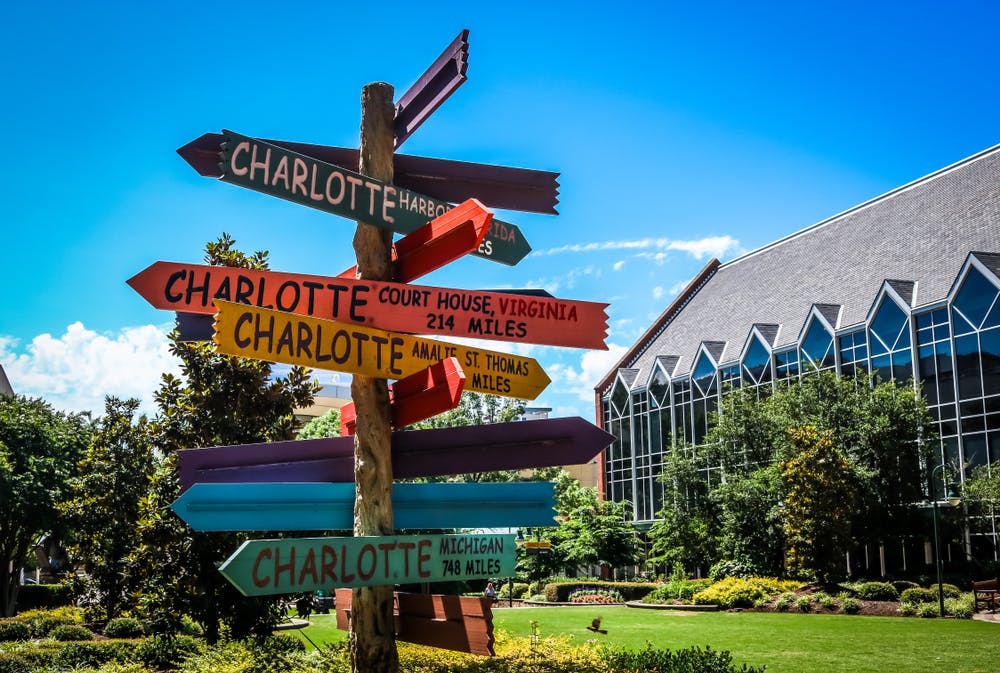 Charlotte to Pigeon Forge
View all road trips starting from Charlotte, NC
RV Dump Stations Near Charlotte, NC
Charlotte is the fastest growing and most diverse city in North Carolina. Whether you want to check out the NASCAR museum, dine in luxury, or check out the nearby White Water Olympic Training facility, you're unlikely to run out of activities to do in Charlotte. If you need an RV dump station while you're there, you're in luck as there is no shortage of choice.
View all dump stations near Charlotte, NC
RV Storage Near Charlotte, NC
Charlotte is one of the South’s jewels. It’s a big city, but it also has a warm, small-town feel, making it a wonderful place to visit during an RV road trip around North Carolina. It’s also an optimal place to tuck your RV away for a while thanks to the many RV storage spots in the area. Ten of the best ones can be found below. They each have something to offer, so they’re listed in random order. If you have any roof leaks in your RV, keep in mind that it rains throughout the year in the area, which may make indoor RV storage Charlotte, NC, a wise choice, especially in the spring.
View all RV storage facilities near Charlotte, NC
Why Rent with RVshare?

Frequently Asked Questions About Renting an RV Near Charlotte, NC

How much does it cost to rent an RV in Charlotte, NC by trip duration?

When renting an RV in Charlotte, NC you can expect to pay $250 a night for motorhomes and $110 a night for travel trailers.

What does RVshare Protection cover with my Charlotte, NC RV rental?

RVshare's protection plan standard package covers Up to $300,000 in comprehensive and collision coverage based on the value of the RV. It also includes free 24/7 roadside assistance and free towing and tire service. For more information on RVshare insurance, click here.

What do I need to know before renting an RV in Charlotte, NC?

As one of the largest cities in North Carolina, Charlotte has plenty of freeway access which makes getting around easy. Just outside the city is plenty of green space, plus rivers and other scenery. Be sure to check out the NASCAR Hall of Fame while in town.

What are the RV rental requirements in Charlotte, NC?

There is no special license needed to rent an RV but check in with the state before your trip if you have any questions.

What are some tips for first-time RV renters in Charlotte, NC?

Renting an RV in Charlotte, North Carolina means plenty of outdoor activities and delicious North Carolina-style barbeque. It's a little over 170 miles to the ocean, so you'll want to set aside plenty of time if that's on your agenda. However, Charlotte also has lakes and rivers nearby with lots of water sports. Summer is the busiest season in the city, so if you can visit during spring or fall, you'll find better deals and fewer crowds.

What are the minimum age requirements for renting an RV in Charlotte, NC?

What is included in my Charlotte, NC RV rental?

Check your RV listing and ask the owner about what is included with your RV rental. Every rental may not have the same inclusions.

Are there pet friendly RVs for rent in Charlotte, NC?

Can I have my Charlotte, NC RV rental delivered to a specified location?

Many owners on RVshare.com offer delivery. They will drop the RV off and some will even set it up for you at the campsite. Check the listing or ask the owner to see if this service will be offered and its associated cost.

Are there one way rental options from Charlotte, NC?

One way costs will strongly depend on your destination. You can use this page to find out what the one way costs may be for your trip.