Popular RV Rentals Near Ozark, Arkansas, for Any Budget

Fayetteville offers numerous outdoor attractions that you will not want to miss, including Lake Fayetteville, Wilson Park, and the Botanical Garden of the Ozark. It is home to the University of Arkansas, so consider catching a Razorbacks game over the weekend at Donald W. Reynolds Razorback Stadium.

Conway is home to the University of Central Arkansas, and you will want to see the art at Baum Gallery. Many small businesses fill the downtown area, and it is especially a great place to spend an afternoon antiquing. Beaverfront Lake Park is a fantastic place to play on the water as you can go swimming, boating, and fishing.

The first settlers to move to the region were French. They named the area aux Arcs, which eventually became Ozark. Legend says that in 1819, these settlers shot an arrow, saying they would build a community where the arrow landed, and it landed where the Franklin County Courthouse now stands. While it would take a few years, the first post office was built in 1837, and the town was made the county seat that same year, but the city was not incorporated until 1850. That incorporation was lost during the Civil War when all but three houses and all businesses were destroyed.

You can learn more about the history of the area by visiting the Ozark Area Depot Museum. This museum is housed in the old train depot. While the railroad was initially slated to run several miles west of Ozark, the chief engineer for the project reportedly fell in love with a girl from Ozark and was convinced to run the railroad through her town. The first train arrived in Ozark in 1873, and four passenger trains were arriving daily by 1888.

Following the war, many new businesses were constructed as people moved back to town, and the city was re-incorporated in 1869. It soon established itself as one of the leading towns in the Arkansas Valley, which stretches from the Ozark Mountains to the north and the Ouachita Mountains, and it generally runs along the Arkansas River. You will want to explore many outdoor venues near this town of 3,610 people, including Ozark-St. Francis National Forest and Aux Arc Park.

Canning was the first major industry in Ozark. While the cannery is long gone, you will want to eat local produce and livestock from many area farms when visiting this city. Consider grabbing a delicious hamburger at the Ozark Burger Company or some outstanding barbecue at Rivertowne BBQ.

Clarksville – This community of about 9,730 people is the county seat of Jackson County. Since 1938, people have been attending the Johnson County Peach Festival annually. Stop at the post office to see the federally commissioned mural "How Happy was the Occasion," which was painted in 1941.

Russellville – This community of about 37,000 is home to Arkansas Tech University. The only nuclear power plant in the state is in this city, which is also the county seat of Parker County. This community has many manufacturing plants, with many having a food focus.

Paris – This community sits at the base of Mount Magazine, which is the highest point in the state. You will want to stop and see the two-story-tall Eifel Tower waterfall. There are many manufacturing facilities in this city, with many focused on making car parts.

Hot Springs National Park is about 118 miles south of Ozark. You will want to start your visit on Bathhouse Row as you will love seeing the different architectural styles. The oldest building on Bathhouse Row is the Hale Bathhouse, which was built in 1892. It is at least the fourth building at this location. The Buckstaff Bathhouse, built in 1912, is the only building in continual operation since its construction.

Lake Fort Smith State Park is a terrific place to play on the water no matter if you are an angler or a kayaker. Boats are available to rent. This park is also a fantastic place to go for a swim in the pool. The western end of the 240-mile Ozark Highlands Trail is in this park, where you can also find many shorter hiking options.

Mount Magazine State Park is a terrific place to go for a hike. Consider hiking up the eponymous mountain to enjoy the stunning 360-degree views from the summit. This park is also a fantastic place for mountain biking, horseback riding, backpacking, and ATV riding.

Mount Nebo State Park is a fantastic place for swimming, playing tennis, and enjoying a picnic. It is a certified Trail of Tears National Historic Trail Site as all five of the tribes forced from their native land traveled through this location.

While you can find terrific Arkansas landmarks spread across the state, one site that you will not want to miss is the Gallows of Hanging Judge Parker in Fort Smith at the Fort Smith National Historic Site. Start your visit in the small courtroom that has been recreated to look like it did when Judge Parker sentenced 160 men and women to death. Then, head to the basement jail where people would await their day in court. Up to 150 men were often crammed into each cell as Judge Parker tried to bring the peacefulness of the Eastern United States to the lawless Western United States.

There are many great campgrounds in Arkansas, and you can find some outstanding campground options in the Fort Smith area. You may want to think about the William O. Darby RV Community that has a beautiful country setting. Alternatively, you may want to consider Anglers White River Resort near Allison with its gorgeous riverside setting. You can also find terrific camping near Mountain View at the Blue Sky RV Park, only two miles from the White River. 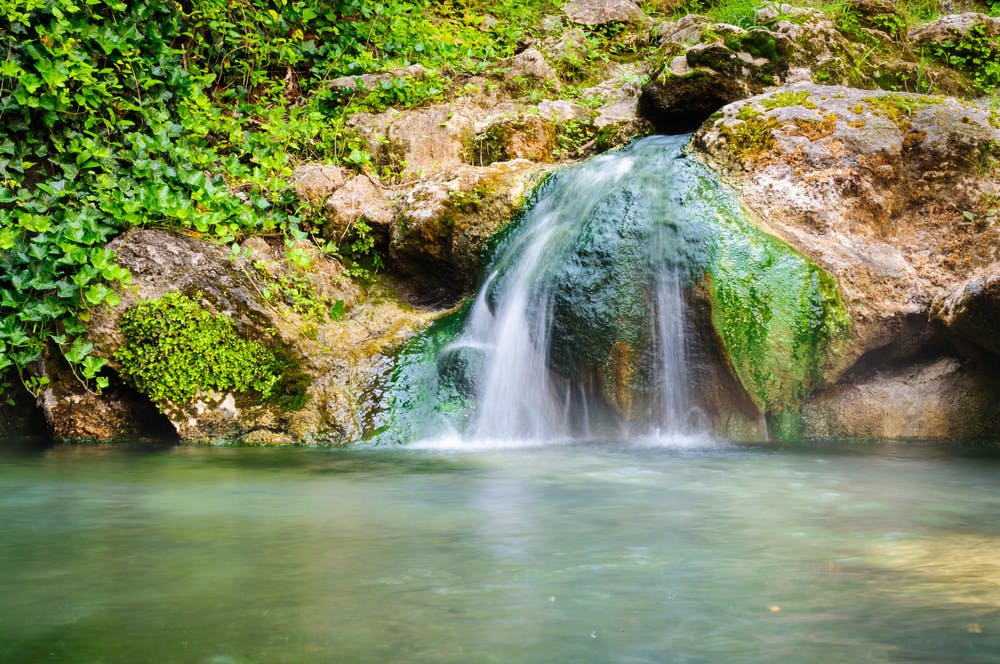 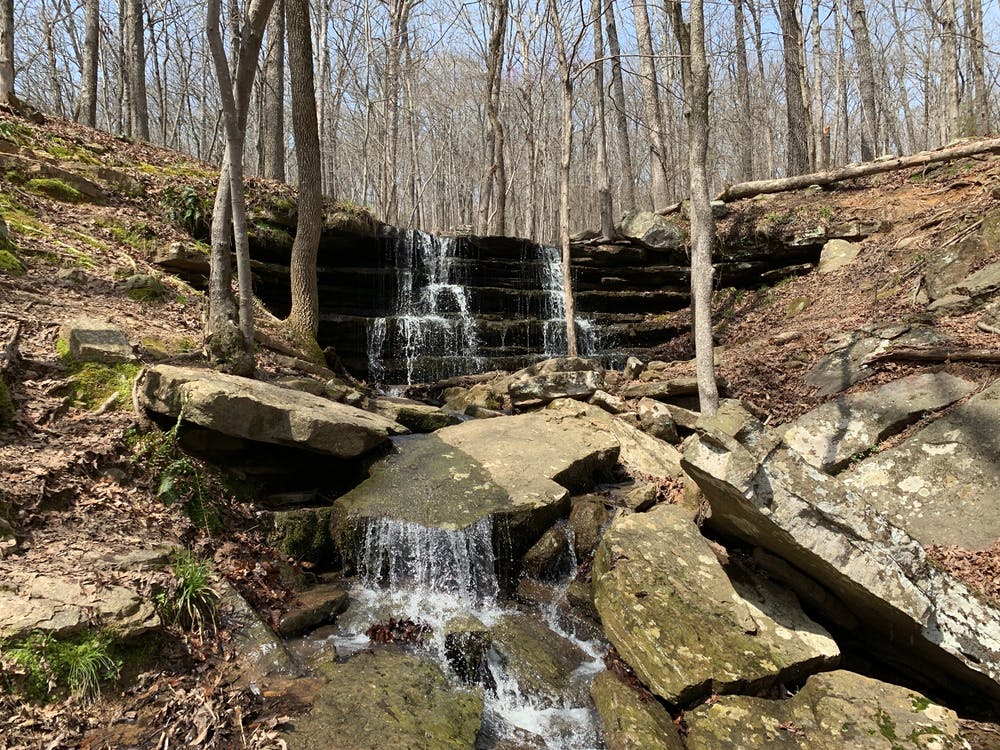 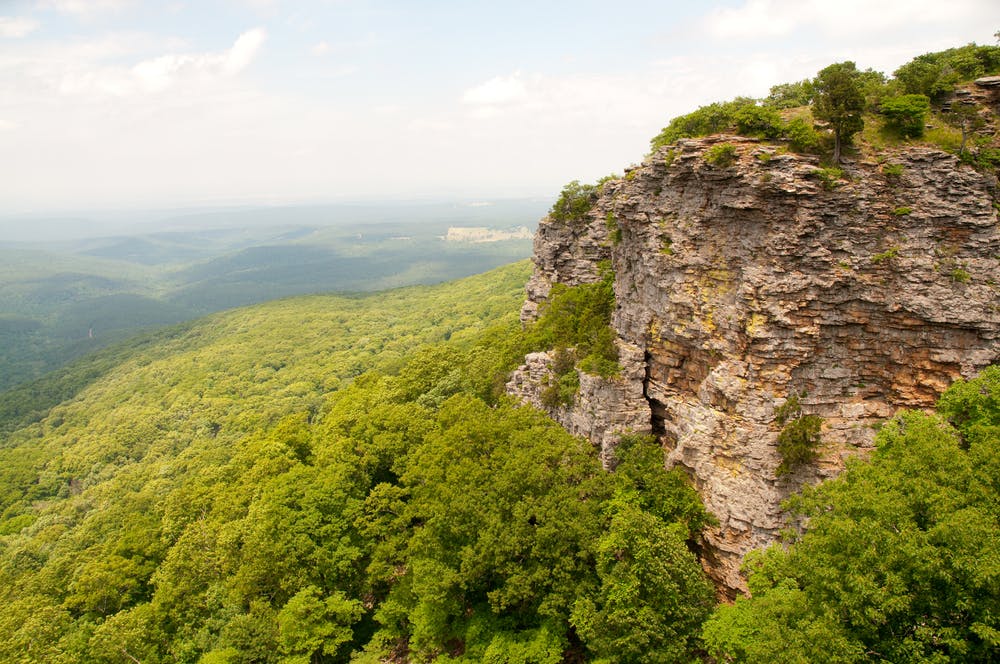 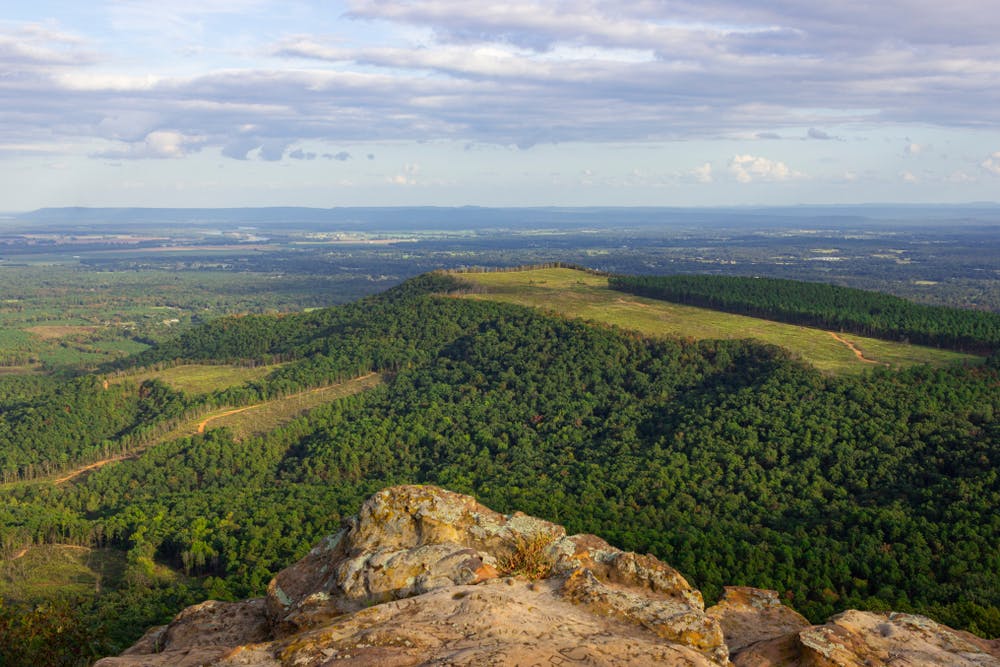 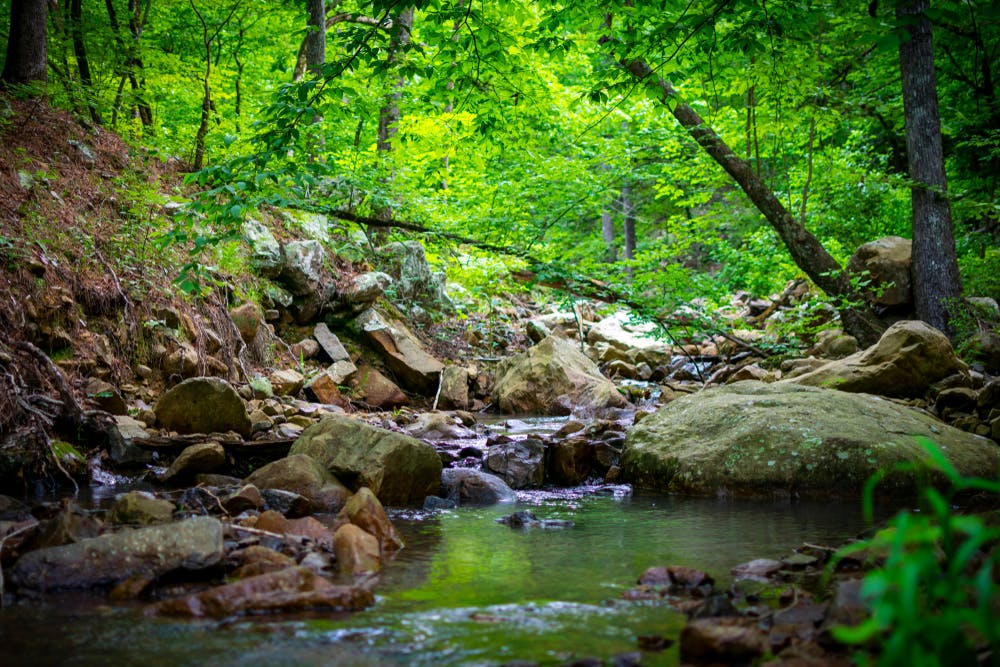 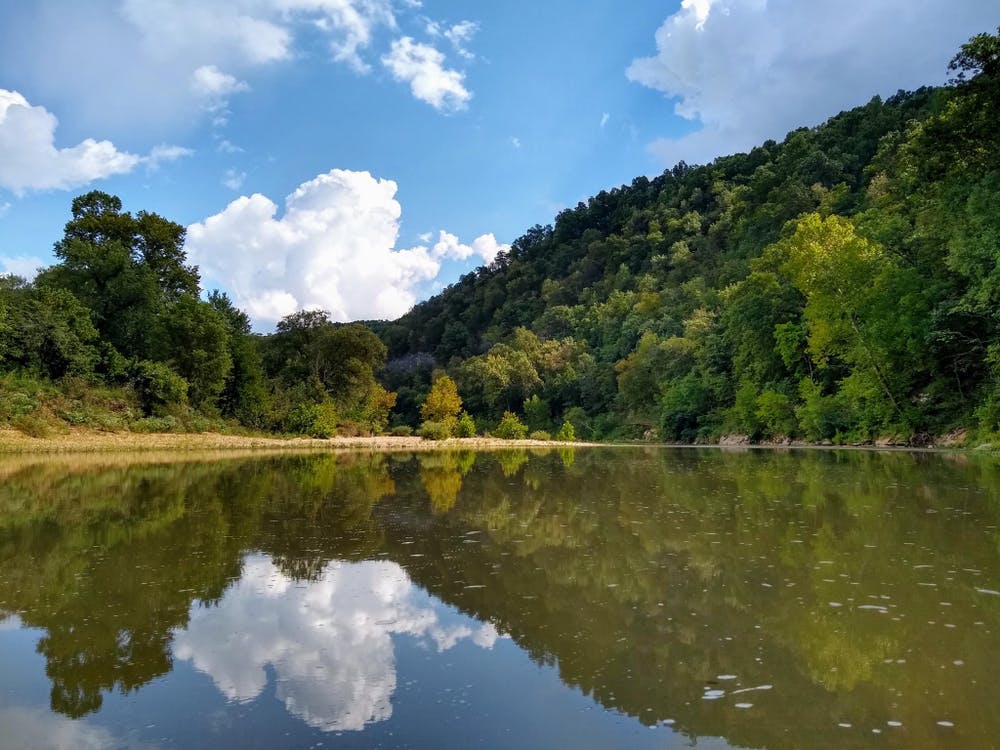 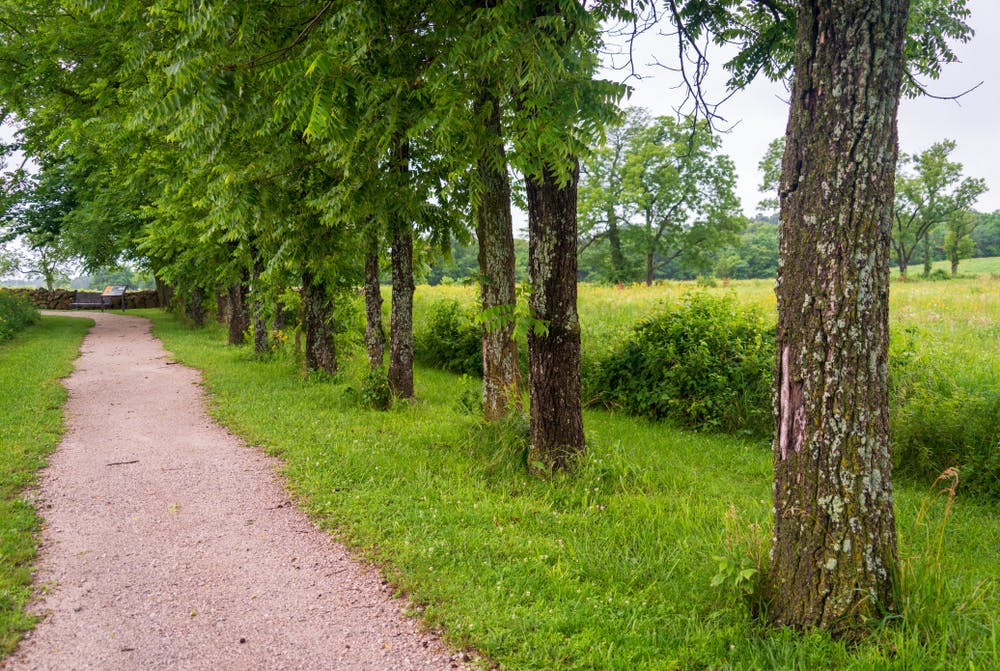 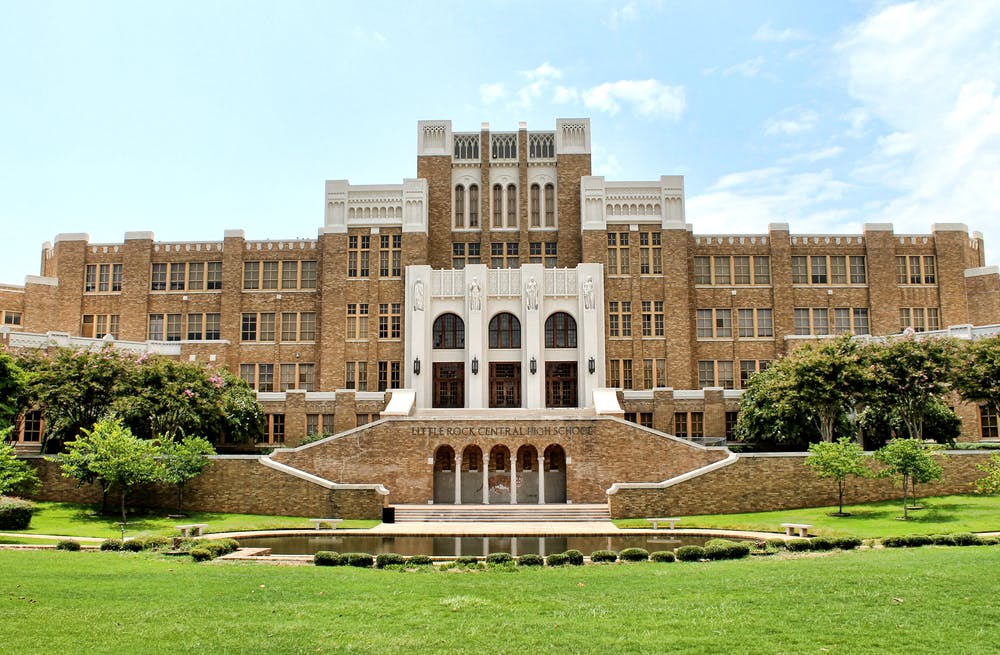 William O. Darby RV CommunityPark Ridge RV CampgroundCloud Nine RV ParkWagon Circle RV ParkBlue Sky RV ParkAnglers White River ResortCastle Keepers RV ResortShady Oaks CampgroundCrabtree RV ParkSallisaw/Fort Smith West KOA
View campgrounds near Ozark, AR
RV Dump Stations Near Ozark, AR
This town was once a military post back when the U.S. was still a giant frontier. In addition to the booming arts and culture scene in the town, there are many nearby RV destinations and campgrounds with waste dump stations.
View all dump stations near Ozark, AR
RV Storage Near Ozark, AR
Located at the confluence of the Arkansas and Poteau rivers, Fort Smith began in 1817 as a frontier military post. It is the location of the United States Marshal Service National Museum, a site where visitors can learn about the area’s Wild West heritage, the fur trade, and its history as a home for freed slaves during the Civil War. Fort Smith is also famous for its vibrant music scene as local venues host top musicians in rock, jazz, blues and country music. For those in need of RV storage, Fort Smith offers a central location for travelers in Northern Arkansas and Southern Oklahoma. Since the area has mild winters and hot summers, you may only need covered storage during the months of July and August. Thankfully, you’ll find plenty of RV storage facilities in Fort Smith, AR.
View all RV storage facilities near Ozark, AR
Why Rent with RVshare?

Frequently Asked Questions About Renting an RV Near Ozark, AR

How much does it cost to rent an RV in Ozark?

Do you need to be a certain age to rent an RV in Ozark?

Yes. The minimum age is 25 to be eligible to get an RV Rental in Ozark from RVshare.

Does RVshare offer one way RV rentals in Ozark?