Lemont, Illinois is a small town of about 17,000 folks in the northeast of the state. In fact, it is a suburb of Chicago. The city was one of the best at recruiting soldiers for the Union during the Civil War. Two-thirds of the men who joined up never returned. Today, you can see the memorial to the fallen men of Lemont. If you like to bike, the Cal-Sag Bike Trail provides a picturesque 15 miles of pavement through several natural areas on the shores of local rivers. The trail is currently under construction and will traverse 26 miles when it's completed.

The Argonne National Laboratory, which is the largest in the Midwest, is in Lemont. The United States Department of Energy administers the lab, which is well-known in the scientific world. You can tour the facility and see where many of the nation's nuclear technology was developed.

"La Dolce Vita" means "Life is Sweet" in Italian, and the restaurant of that name in Lemont is renowned for its Italian cuisine. The restaurant serves both gluten-free and vegetarian dishes, as well as those with traditional recipes. The Lake Katherine Nature Center and Botanic Gardens are just 11 miles from Lemont, Illinois, and you can enjoy many activities dedicated to the environment while visiting the 85-acre refuge. The arboretum is of special note, containing many species of trees. You can hike a few easy trails around the lake and next to the river, and see all of the plants and flowers the center has to offer.

Leisure Lake Membership Resort provides 265 RV campsites with both 30-amp and 50-amp electrical hookups along with both sewer and water. The resort has a pool, and pets are allowed if you clean up after them and keep them on a leash. You can play miniature golf by day and grill something you caught with your fishing rod by night.

Blackwell Family Campground sits in the middle of 1,366 acres of forested land that also happens to contain wetlands, grasslands, and prairies. The campground's RV sites provide full hookups, and you can shower as you need to. The park is pet-friendly too.

The pet-friendly Hollywood Casino Joliet RV Park has 80 RV campsites. Although the park provides both 50-amp and 30-amp electrical service, there are no water or sewer hookups at the sites. The free hot breakfast is a nice touch, and the park provides a free shuttle to the nearby casino.

The Indiana Dunes National Park is just an hour's drive from Lemont, Illinois. The park has 15 miles of lakefront, so water activities are extremely popular in the park during the warm months. The park contains 50 miles of hiking trails that are separated into roughly a dozen systems. These systems connect with each other, so you can create a hike of almost any length you want. The terrain is from mild to moderate difficulty. You can also fish, ride your bike, or even ride a horse through the park.

St. Louis' famous Gateway Arch is 277 miles away from Lemont, Illinois. In 1804, Lewis and Clark set forth from the spot where the Gateway Arch now stands. The Arch itself is both 630 feet tall and 630 feet wide. There are easy hiking trails in and around the 91 acres that surround the Arch. It is recommended to visit during the winter because the crowds are much smaller, and aside from the hiking, almost all of the other activities are indoors at this national park.

It's a shade more than 400 miles to Mammoth Cave National Park in Kentucky. Visiting caves of this sort is great in any season because the temperature inside the cave is constant. You will most likely need a windbreaker, however, because that temperature is 54 F. You can also see and experience many bat species while at the cave. You're not allowed to spelunk on your own in Mammoth Cave, so the tour guides will tell you all about the bats and the cave itself.

Kankakee River State Park is only 36 miles from Lemont. The park is 4,000 acres of forest on either side of the Kankakee River. The park has an archery range for some relaxing target shooting. You can use your handheld GPS for the geocaching within the park, and if you want to hit the trails, you can do so either on foot or on horseback. There are 11 miles of river within the park, too, and boating is one of the most popular activities there.

It's a little less than 60 miles to Illini State Park. At just 510 acres, the park is small. It used to be a golf course. If you want to boat on the nearby Illinois River, then you must have a motorboat. The river is swift, and there is a lot of heavy barge traffic that makes canoeing, kayaking, or sailing unsafe. Despite the park's history as a golf course, as you hike the park's trails, you can see how nature has reclaimed the once-manicured land.

Shabbona Lake State Park is also just about 60 miles away. The park takes its name from a Potawatomi leader. The park covers 1,550 acres, and the lake is man-made. The lake is well-stocked, so anglers can catch their fill from the shore or on a boat. Remember to stay within the fishing limits. This park has a restaurant called Pokanoka’s Cafe at its center, so you can recharge yourself after a day of fishing, boating, and hiking.

The Pullman National Monument commemorates George Pullman's vision of a great community where workers made excellent wages, the workplaces would have safe conditions, and everything would be ultra-efficient. It never came to be, but strong unions were formed instead. One of those was the Philip Randolph Pullman Porter Union, which was one of the first American unions for Black folks. There is a museum at the monument that is dedicated to that union and the men who were in it. You can also hike through the park and environs on wide, paved paths that are terrific for both children and disabled folks.

Two hours' drive north, you will find the Ice Age National Scenic Trail. The site is the terminal moraine of the continental glacier that covered North America during the last Ice Age and created the Great Lakes. The trail itself is 1,200 miles long, and this national site is the trailhead itself. Within the site, there is easy to moderate hiking along small portions of the whole trail.

The Lincoln Home National Historic Site is 180 miles to the south of Lemont, Illinois. The house stands today the same way it looked in 1860. President Lincoln and his wife lived in it for 17 years. The site is small at just a little more than four blocks' square. Any hiking to be done would simply be through the town of Springfield. There are also two other historic houses and an educational visitors' center on the site, so there is plenty to explore anyway.

The drive to the Hoosier National Forest is a little less than five hours. More than 250 miles of trails spiderweb their way through the more than 200,000 acres of this national forest. Many of these trails are difficult, so beginners should be careful in attempting them. For people who are interested in solitude, the Sycamore Trail Loop is one of the least-traveled trails in the forest. It's a shade less than 7 miles long and provides hikers with a quiet forest experience.

The Huron-Manistee National Forest in Michigan is 230 miles from Lemont, Illinois. It's 1 million acres of forest, fen, and savanna. There are 330 miles of hiking trails throughout the forest. They vary in difficulty. The Hungerford Lake Recreation Area Trails comprise 50 miles and are dedicated to bikers and equestrians. The Manistee River Section of the North Country Trail is the toughest in the forest and is 20 miles long. Because of the forest's size, there is virtually no light pollution from towns. Stargazing in the forest is wonderful because of this.

The Shawnee National Forest lies 336 miles to the south of Lemont, Illinois. This forest was once a stop on the Underground Railroad. Today, you can walk in the footsteps of the brave folks who escaped slavery in the South. The trails in the forest go through different terrain. The Garden of the Gods Trail System, for example, takes you along lakes, through forests, and among large rock towers. Parts of this trail are very difficult, and other parts are pleasant strolls. 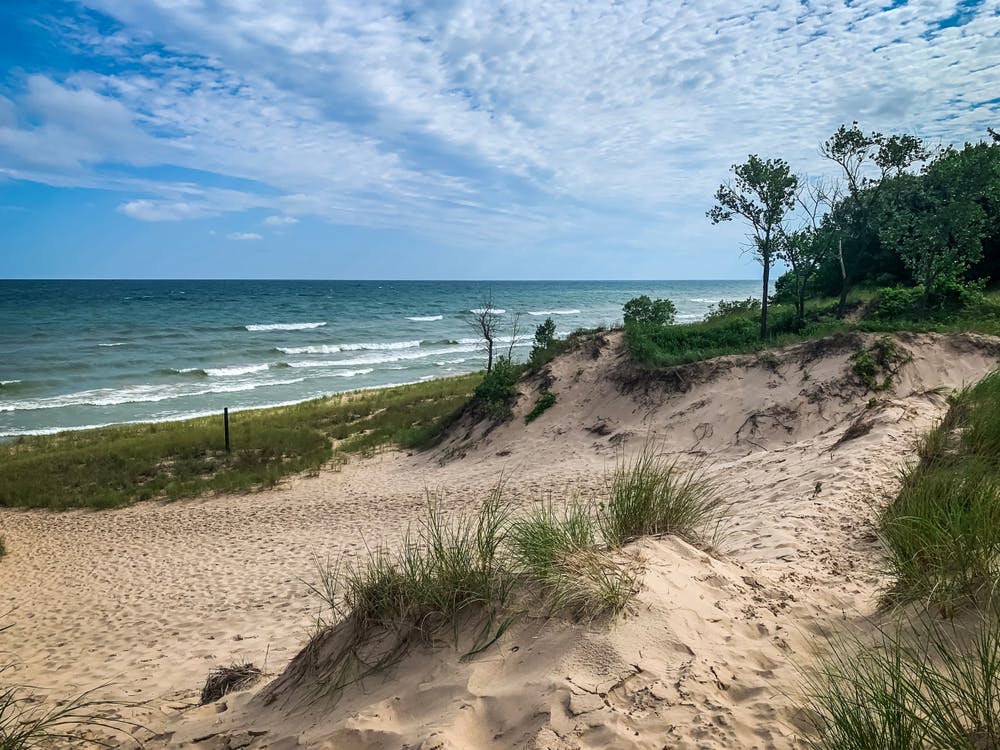 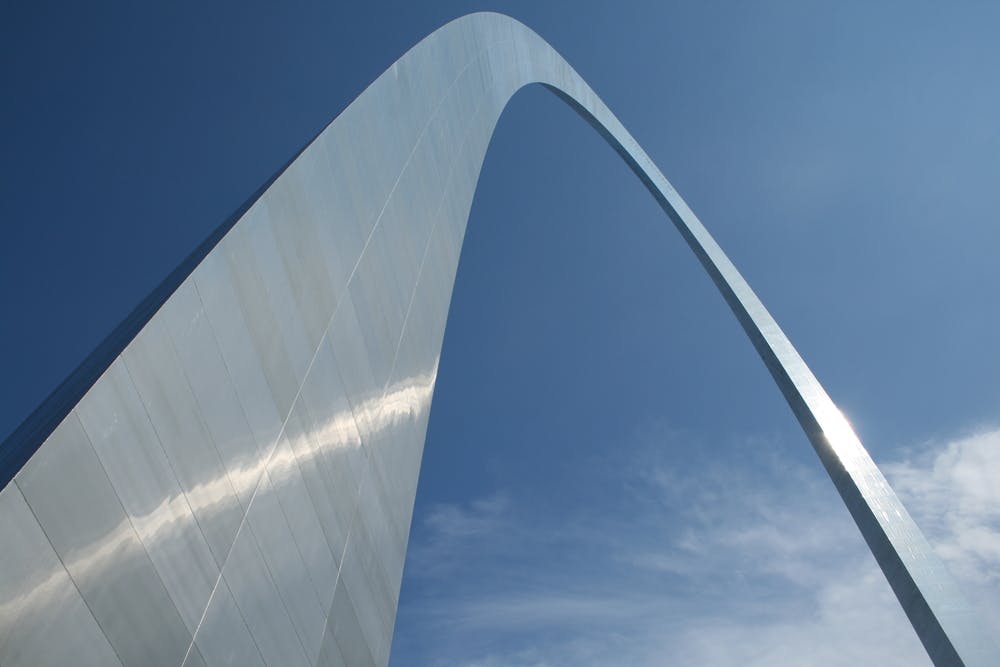 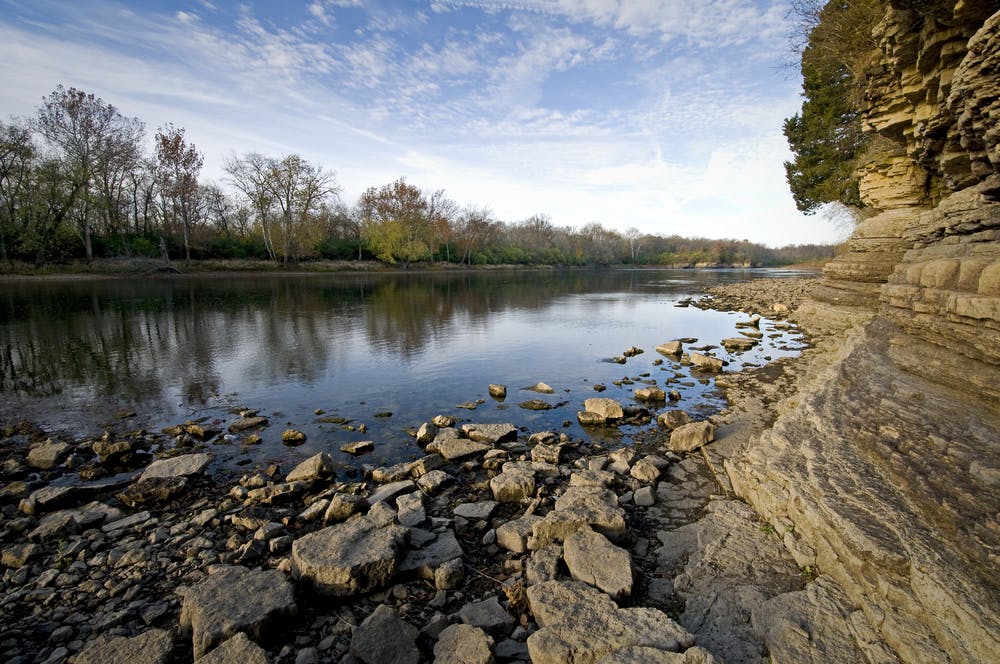 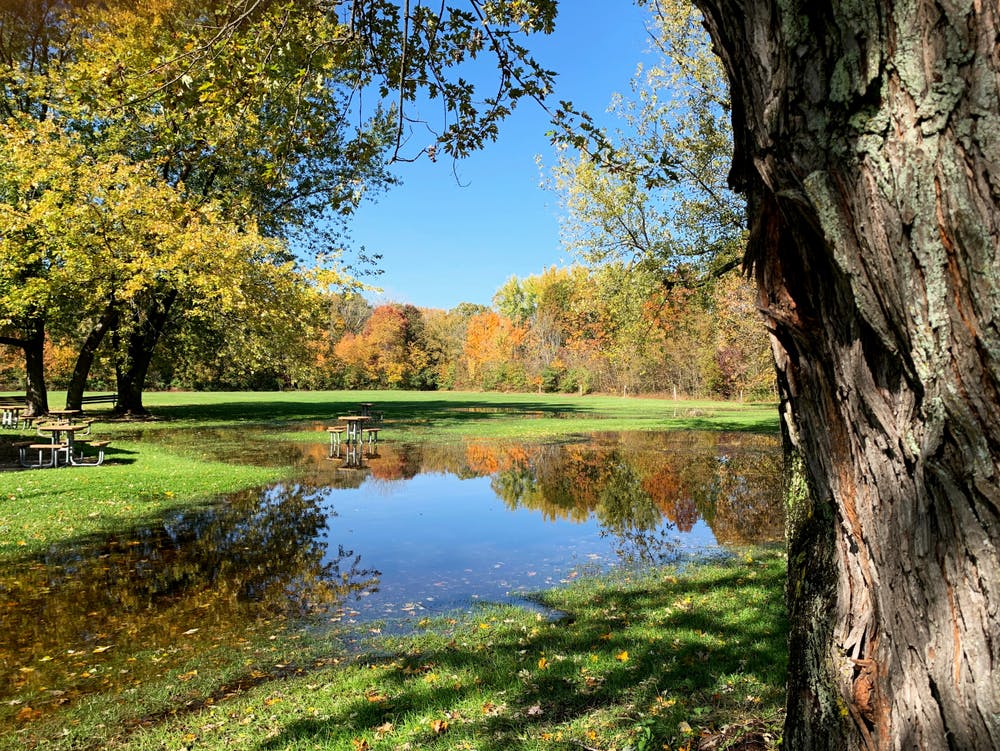 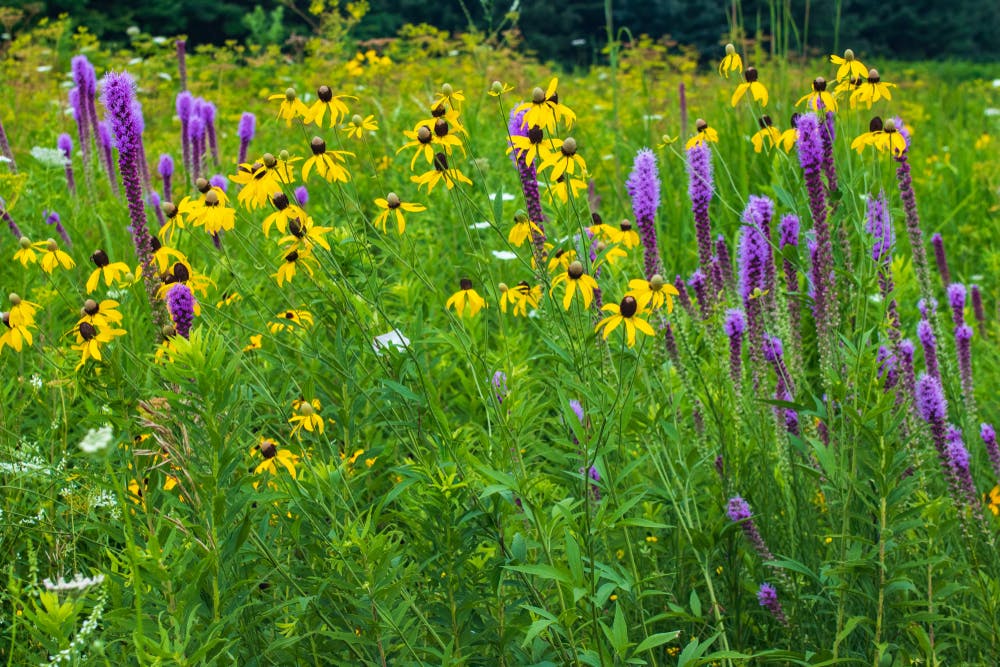 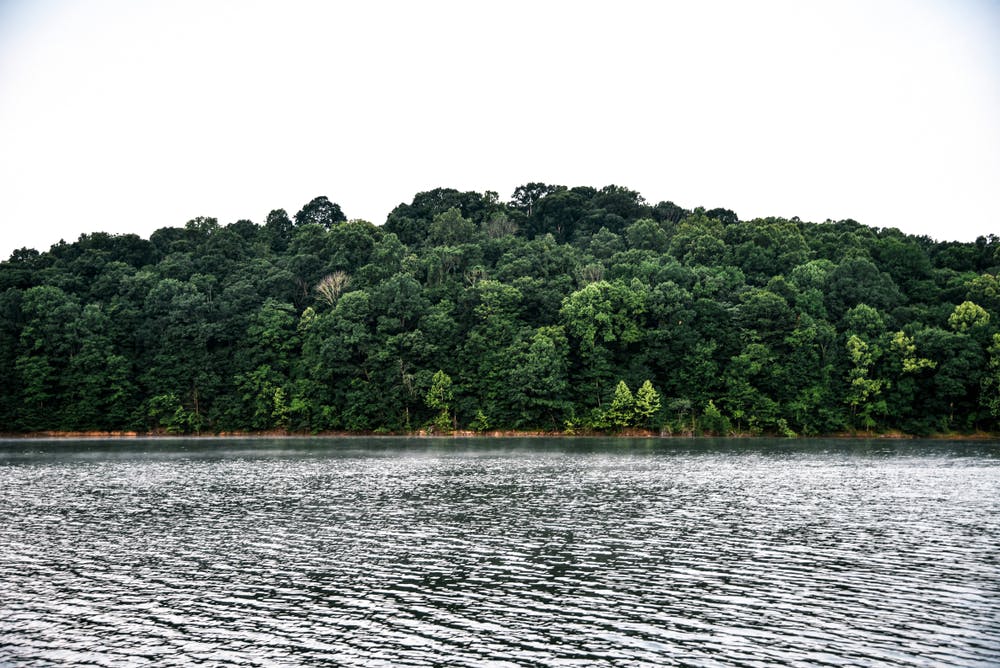 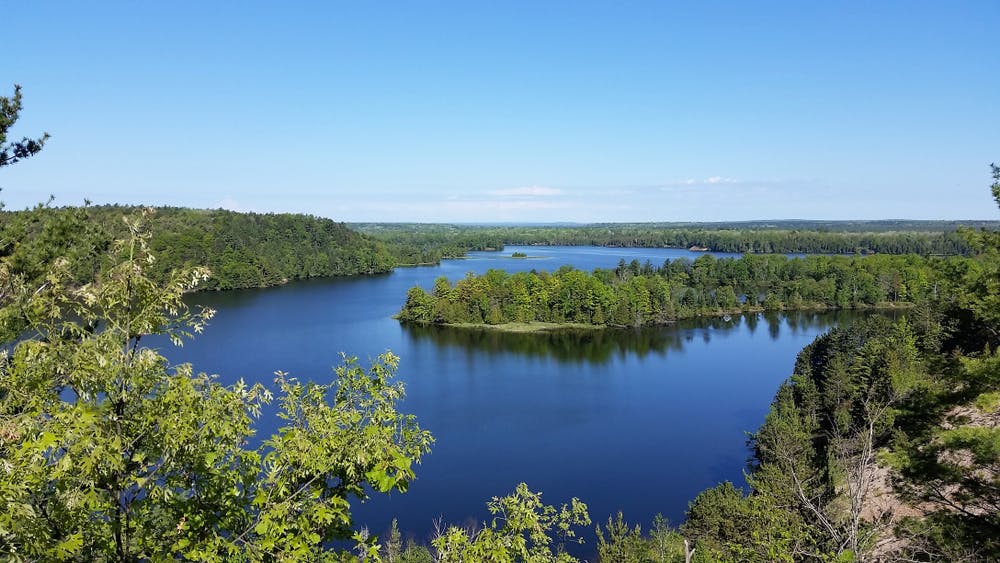 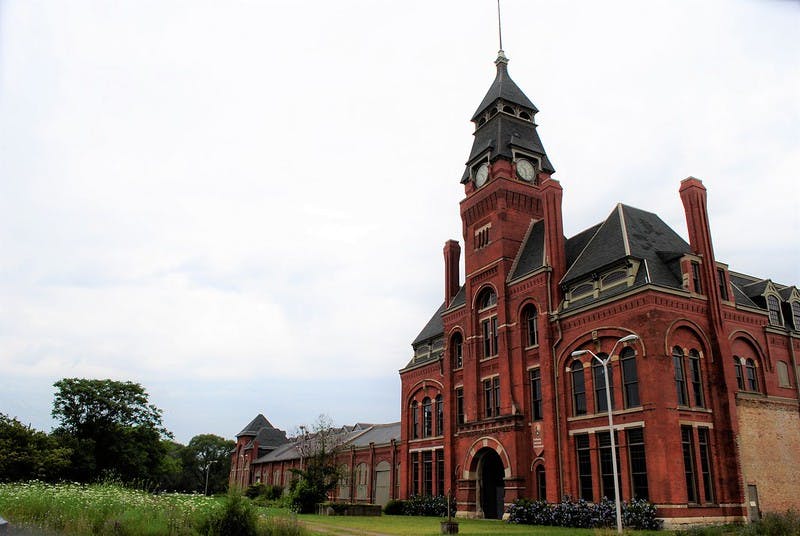 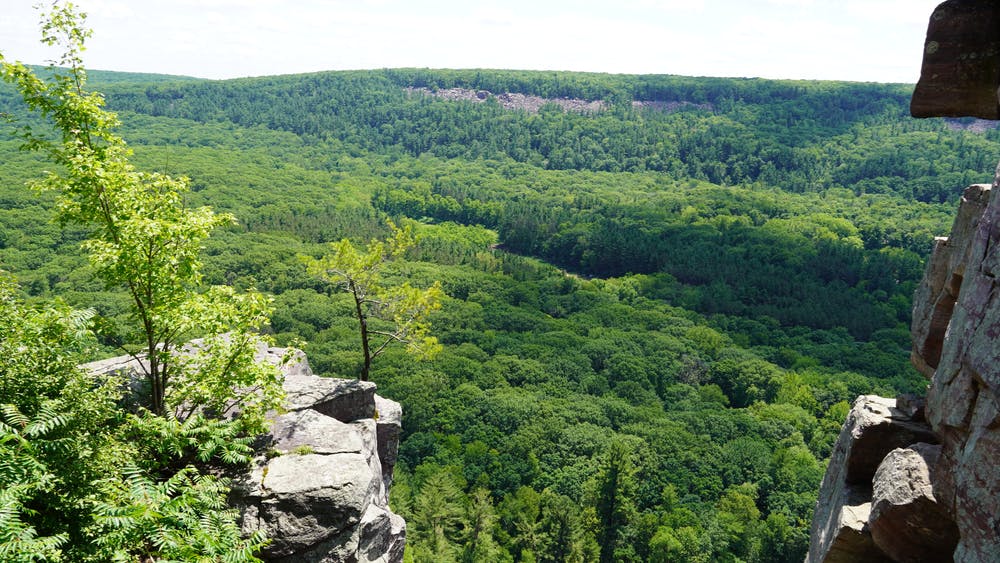 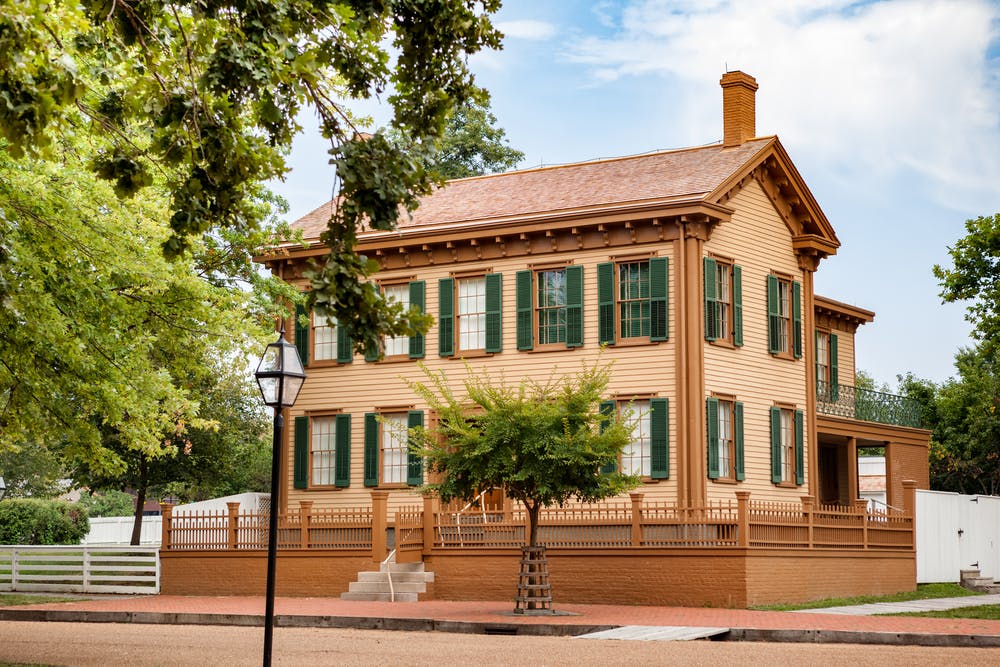 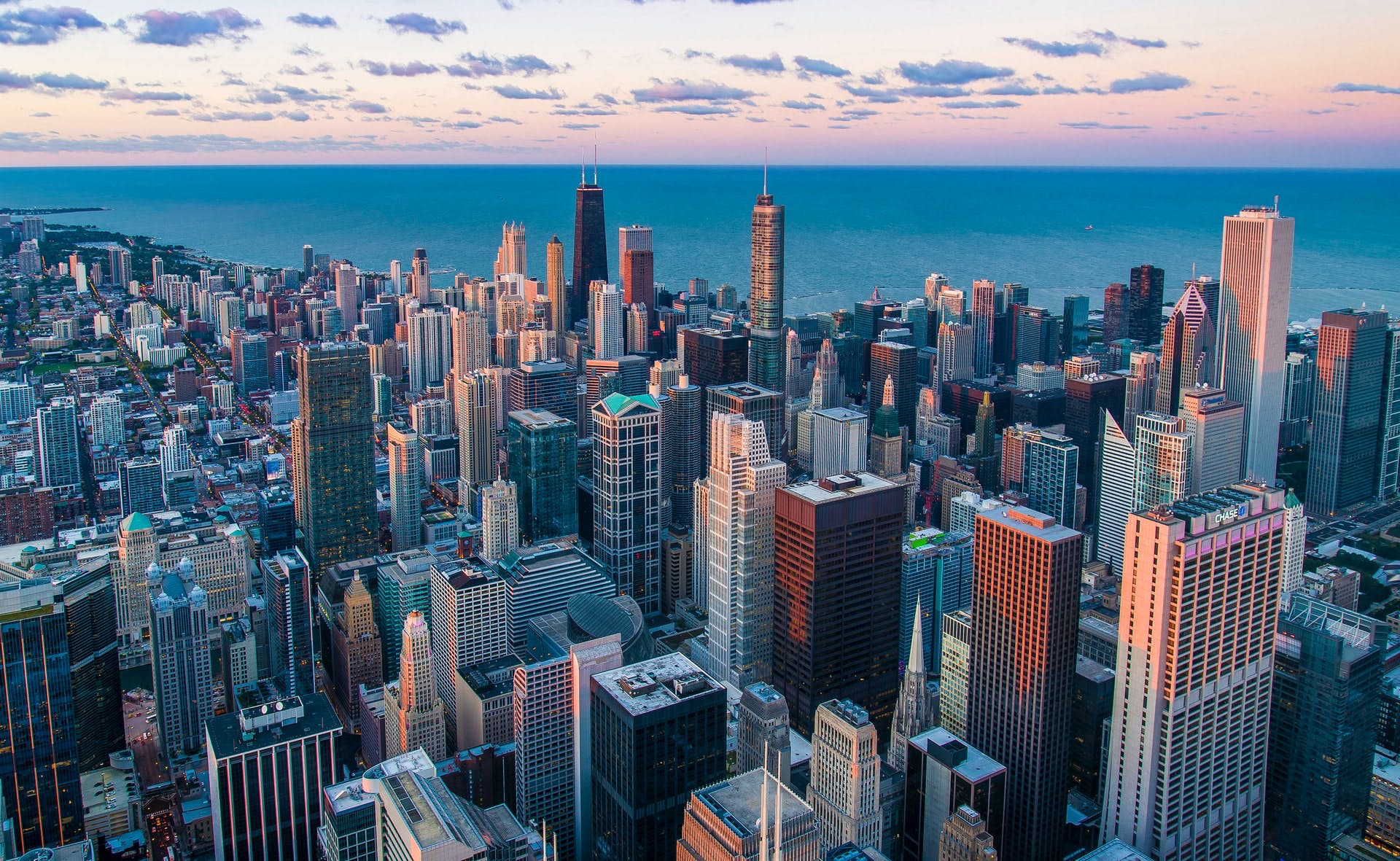 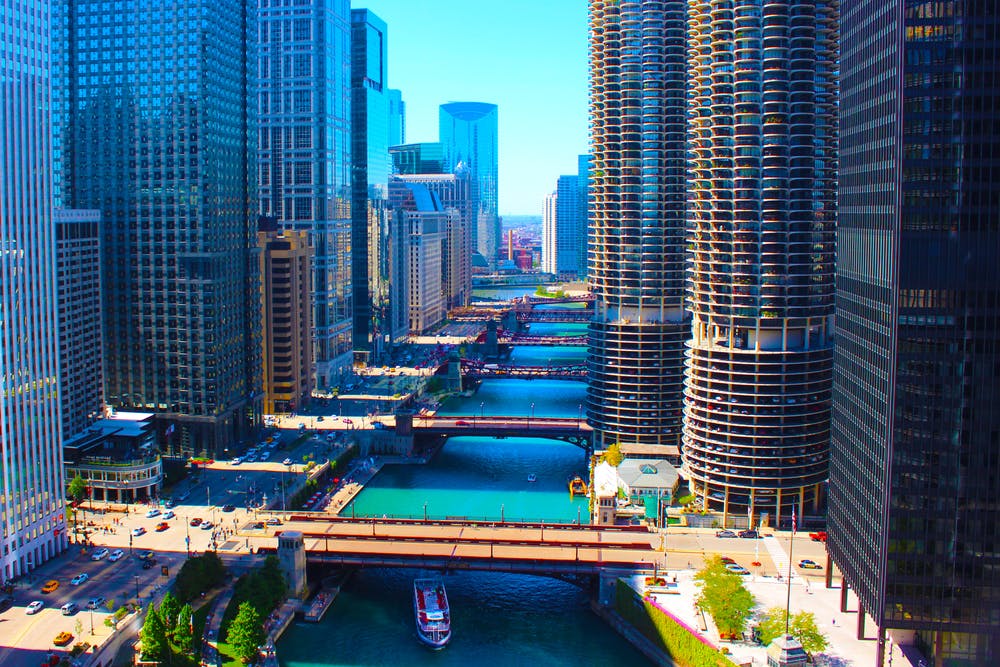 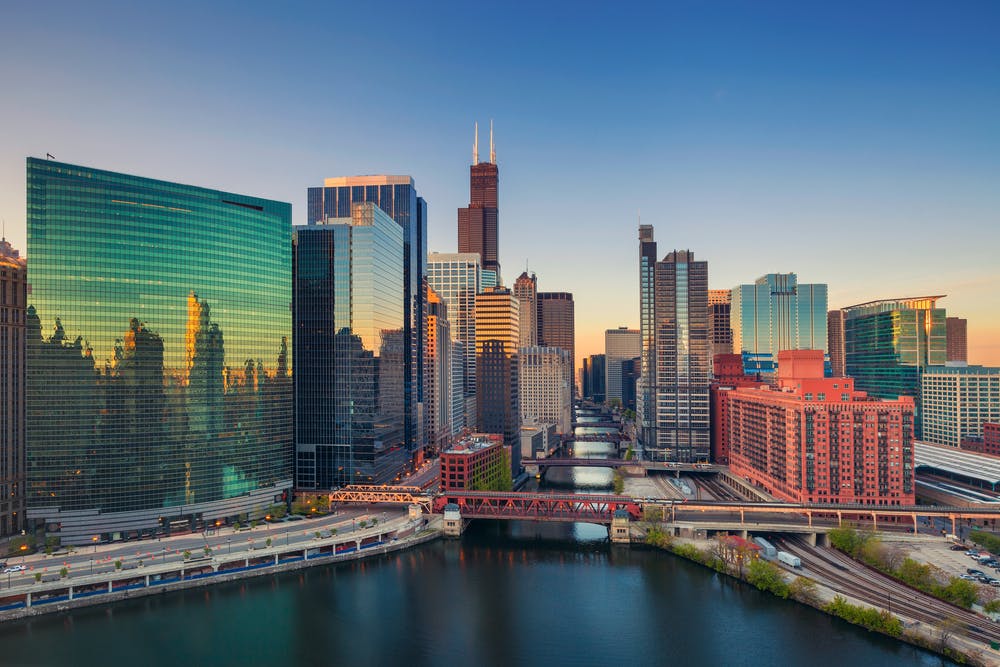 Chicago to Hershey
View all road trips starting from Lemont, IL
RV Dump Stations Near Lemont, IL
Chicago is filled with iconic landmarks, food, nightlife and many other attractions that can keep anyone busy for weeks. This city has some amazing parks and architecture to fascinate the eye. You can also take various tours or dinner cruises to explore the city in unique ways. When you need a break in your travels, RV dump stations in Illinois’ Chicago metro region are found throughout the suburban areas.
View all dump stations near Lemont, IL
RV Storage Near Lemont, IL
Joliet is a great place to stop during your RV adventures through Illinois as there’s plenty of shopping and good eats to be had as well as some quality city entertainment. Check out the Rialto Square Theatre or the old Joliet Prison. There are also plenty of options for RV storage Joliet. Check out the list below. It contains the top 9 RV storage facilities in the area in no particular order. Since Joliet receives its fair share of precipitation, don’t choose outside RV storage Joliet if your vehicle is not sealed tightly.
View all RV storage facilities near Lemont, IL
Why Rent with RVshare?

Frequently Asked Questions About Renting an RV Near Lemont, IL

How much does it cost to rent an RV in Lemont?

Do you need to be a certain age to rent an RV in Lemont?

Yes. The minimum age is 25 to be eligible to get an RV Rental in Lemont from RVshare.

Does RVshare offer one way RV rentals in Lemont?