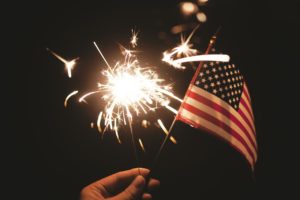 Even if you’re not particularly patriotic, there’s no denying it: 4th of July is awesome. Fireworks are awe-inspiring for kids, exciting for adults, romantic for lovebirds, and downright fun at every single age. And who can say no to a good ol’ summer cookout?

In fact, the only way to make Independence Day any better… is to turn it into a vacation! So we put together this list of some of the best 4th of July trips across this United States of ours. From fabulous fireworks to proudly patriotic parades and all sorts of other thematic shenanigans, here’s where to take your travel trailer or motorhome for a killer celebration of America’s birthday.

The best fourth of July vacations are filled with sun, sand, and maybe a hotdog or three — not to mention the pyrotechnics, of course. Here are some spots to consider if you’re looking for the perfect excuse to get away from it all. 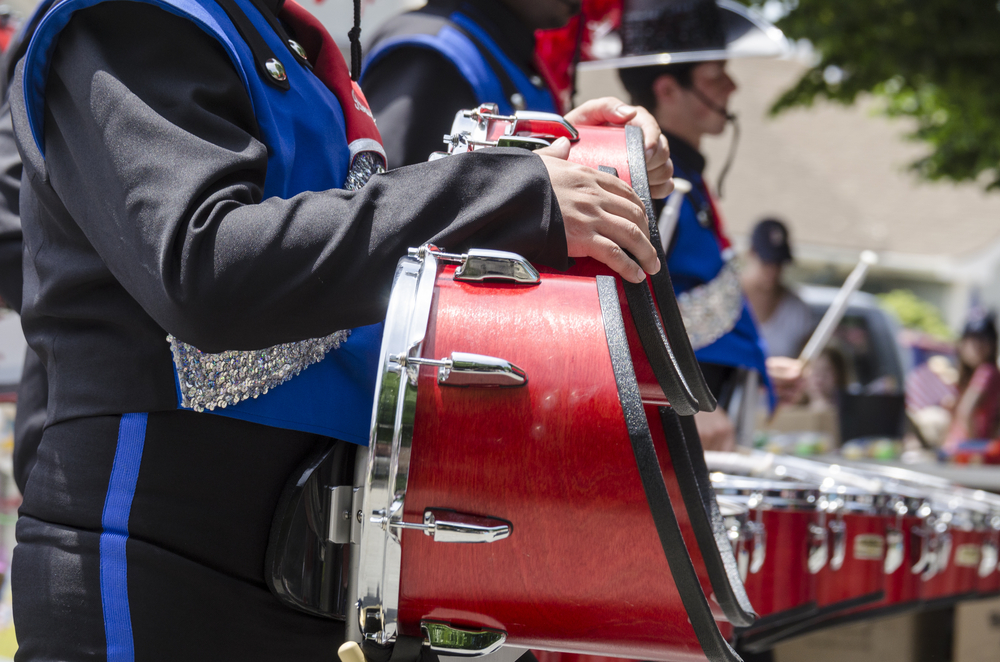 It might not be the capital city or the oldest town in the states, but this Rhode Island does have one superlative that gives it its spot at the top of our list: it’s the self-proclaimed “most patriotic town” in America, thanks exclusively to its one-of-a-kind Independence Day bash. Every year, Bristol puts on a host of Fourth of July events starting as early as mid-June, including free outdoor concerts, orange crate derby races, a Fourth of July Ball — and, the crowning jewel, a parade on Independence Day itself that’ll leave you absolutely breathless. (No wonder over 200,000 people crowd themselves into this small town just to witness it for themselves!) 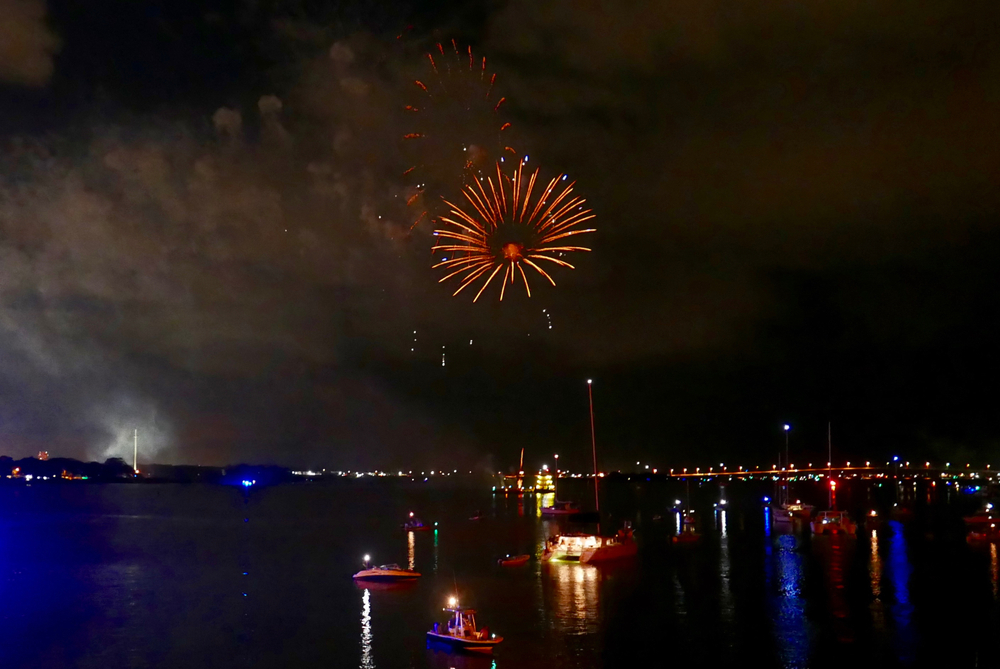 Want to take a wild guess at the oldest city in America? We’ll give you a hint: it’s quite a few miles south of both Plymouth Rock and Jamestown.

That’s right, it’s St. Augustine, Florida — and although it originally started out as a Spanish territory, it still puts on one heck of a show to celebrate its status as a historical American icon. Every year, the entire downtown area is cordoned off so that pedestrians can rule the streets, and sure enough, they start filing in as early as noontime. After enjoying the shopping, cuisine, and historical tourism the city is known for, it’s time to settle in for a lovely (and lengthy) fireworks display over the bay. You could also opt for the St. Augustine Beach display if you’re looking for a sandier celebration. 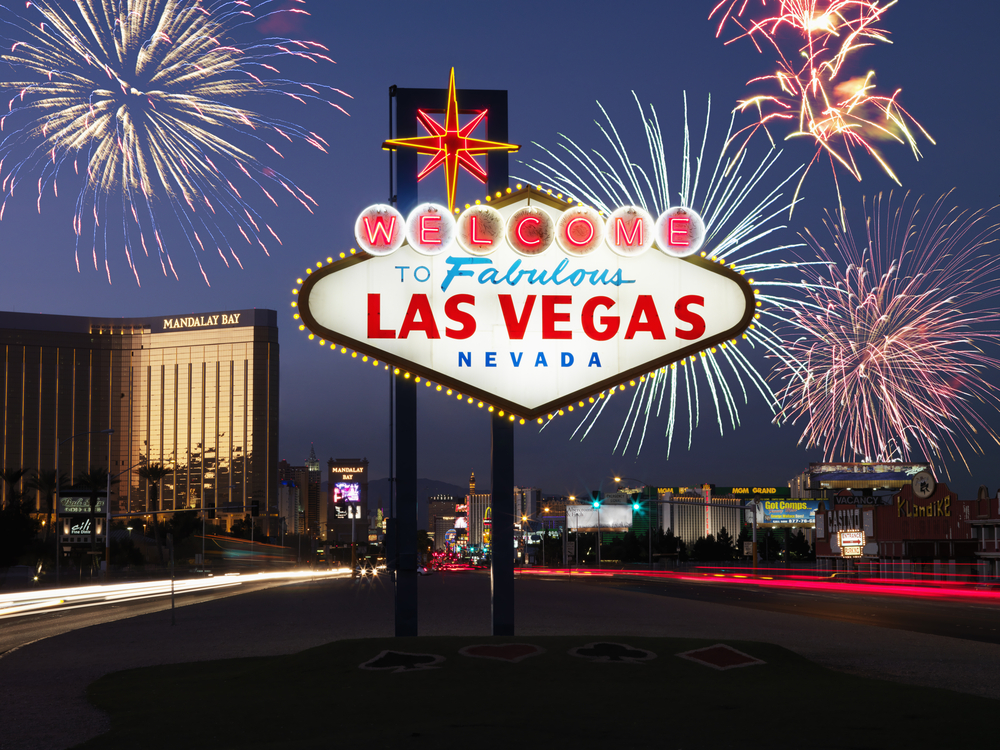 Sin City might not be the first destination you think of when you’re pondering the best places for a 4th of July vacation. But if your ideal getaway includes pool parties, live entertainment, and fish-bowl-sized margaritas, it’s hard to do better than Las Vegas.

Given that the city already has lights that can be seen from space, the annual fireworks display only works to amplify what’s already a very “lit” situation. And thanks to the preponderance of different types of attractions in the city, it is actually possible to take a wholesome, family-friendly vacation — check out how these bloggers did it! 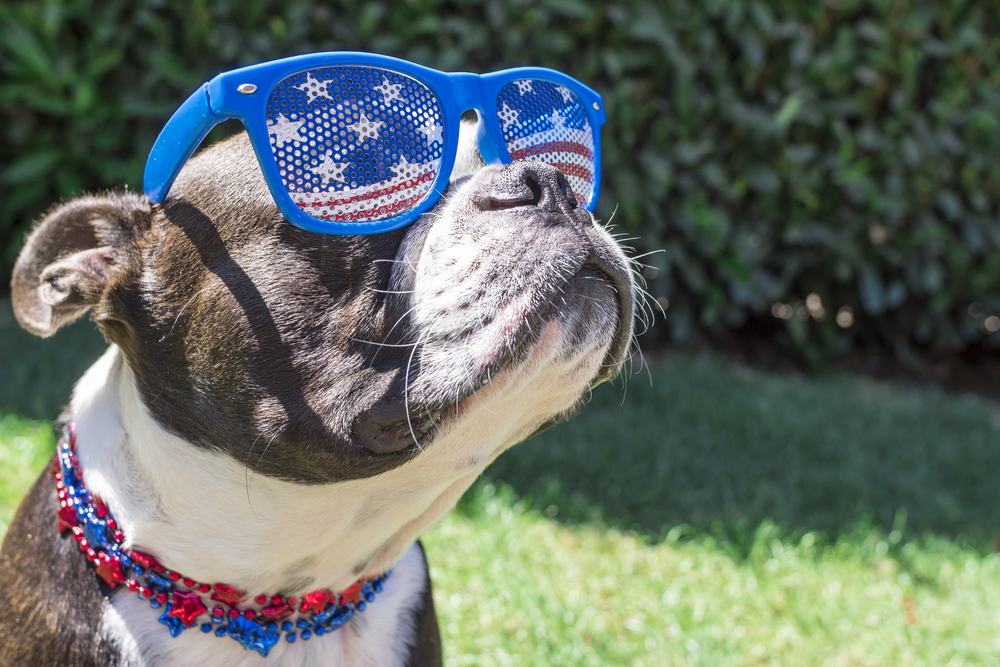 It makes sense that one of America’s most celebrated historical cities would pull out all the stops for the Fourth of July — but that still might not prepare you for just how awesome this northeastern bash will be. With the family-friendly reenactments of the annual Boston Harborfest and a world-class fireworks display accompanied by none other than the Boston POPS Orchestra, this Independence Day getaway will be one to remember… and that’s before you take the town’s amazing shellfish into consideration. 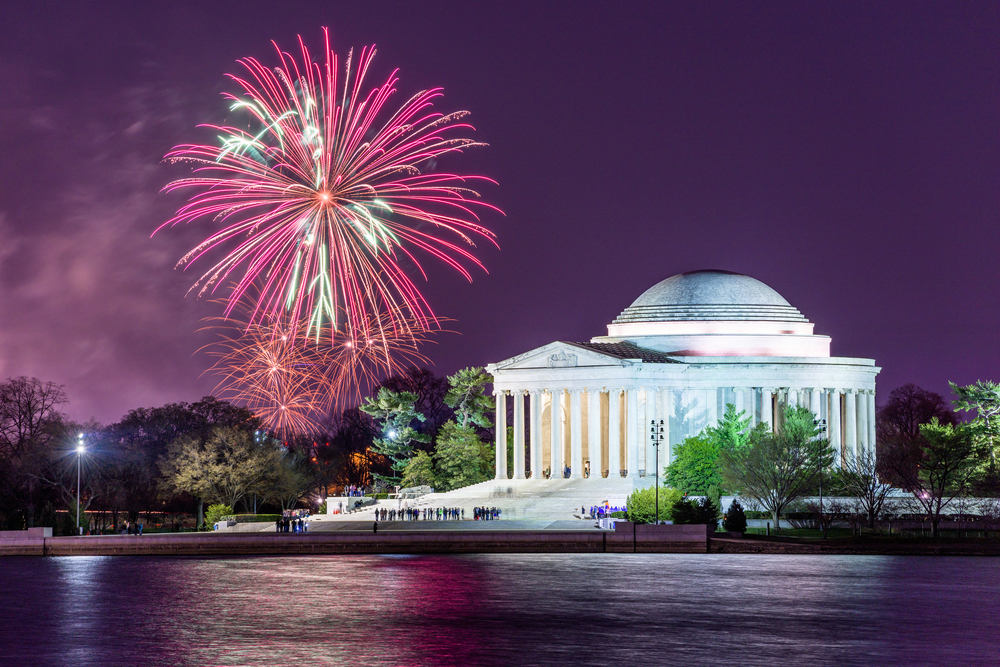 It’s America’s birthday, so where better to go than America’s capital city? You can kick back and enjoy a stellar show on the National Mall, which is also home to some of the best-loved museums and cultural exhibits in not just the nation, but the world. And thanks to the Smithsonian’s generous policies, many of those attractions are absolutely free to enter. What could be better?

Looking for shorter-term 4th of July vacations? We’ve got you covered! Here are a few to consider, no matter which corner of the country you call home. 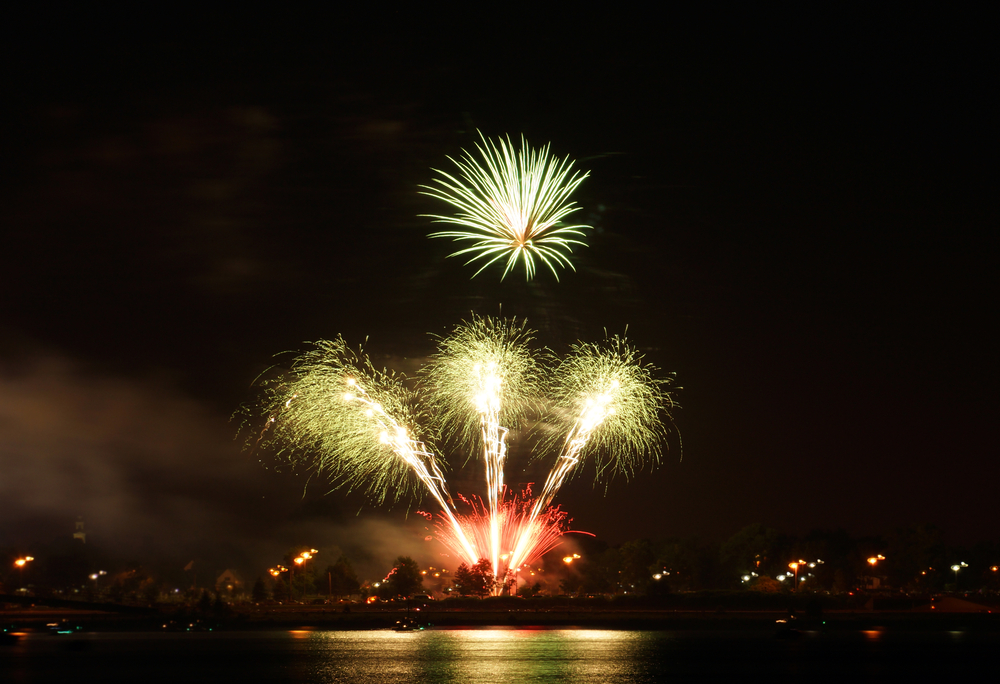 To those who live out of state, Buffalo may not be known for much — aside from its chicken wings and brutal winters, of course. But those in the know know that it’s home to one of the most exciting Fourth of July bashes for miles, with nine full hours of food trucks, free music, and more at its annual Canalside Celebration. (The fireworks go off at 10 p.m., making for a perfect nightcap.)

As if that weren’t enough to explore, there are plenty of other patriotic proceedings going on in the greater Buffalo area, starting right at the beginning of the month. You could get down at the Independence Day Block Party on Old Falls Street or head up to the Village of Lancaster to enjoy carnival rides, contests, and more. There are even fireworks displays on the 1st, 2nd, and 3rd, so you could turn it into Independence Week if you’re so inclined. Click here to learn more about what the area has on offer. 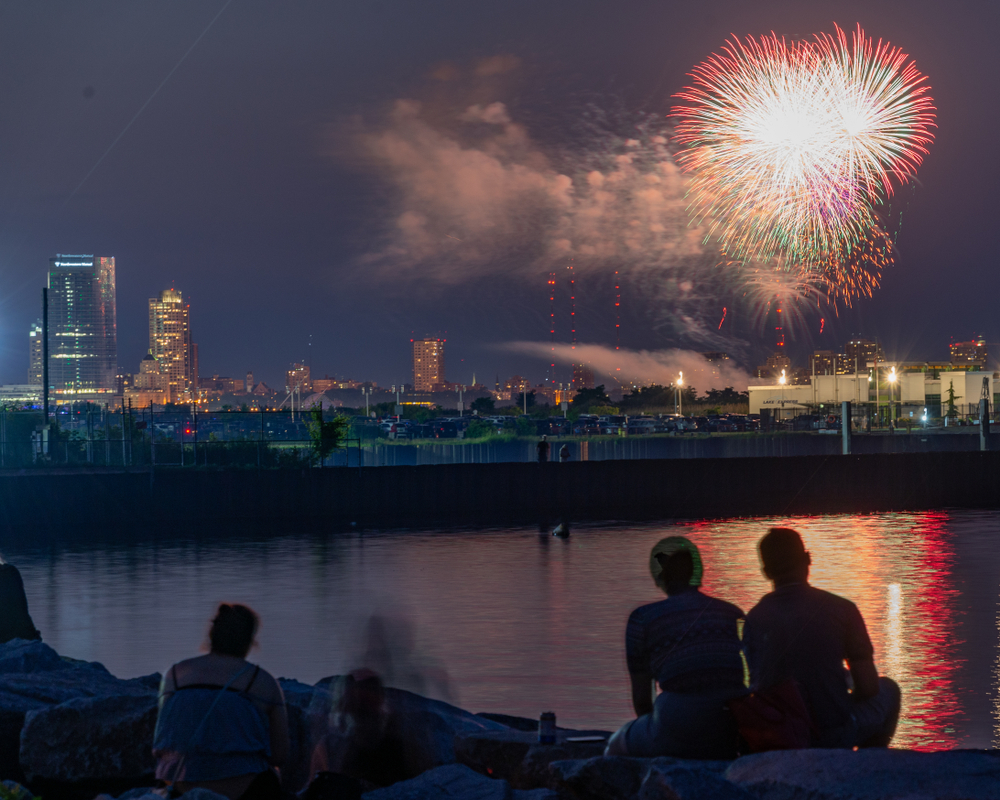 Looking for a midwestern adventure you won’t soon forget? Milwaukee, Wisconsin may not be a coastal city, but it still has some beautiful lakeside beachfront — and it also puts on an unforgettable Independence Day fete. There’s the parade and classic fireworks show to mark the occasion, of course, but if you’re party-minded, there’s no need to limit the festivities to just one day. The town also hosts a day-long kite festival on July 3rd, as well as Summerfest, the world’s largest music festival, which is held each year at the at the Henry Maier Festival Park along the lakefront. 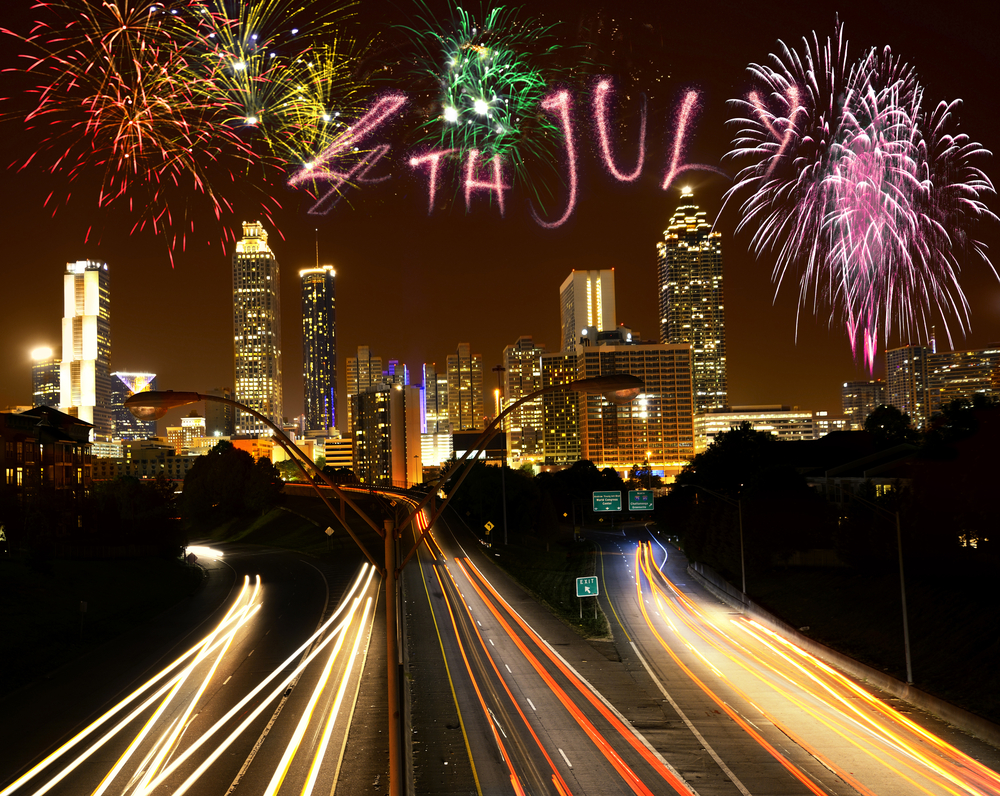 This southern city might be better known for its peaches, but it does pretty well at pyrotechnics, too. Altanta puts on multiple fireworks displays, lighting up both Centennial Olympic Park and SunTrust Park, and there’s plenty of food and fun to keep you occupied no matter which venue you choose. You could also count yourself among the 150,000+ spectators who come to cheer on the 60,000 brave participants who take to the streets each year in the Peachtree Road Race, the largest in the U.S.A. And if you’ve got the kids along for the ride (or are just looking for some spills and thrills in your own right), don’t forget that there’s a nearby Six Flags — and they celebrate the season, too, offering an extra hour of park access to celebrate the Coca-Cola 4th of July Fest. There are even foam parties if you’re ready to get really wild!

As you can see, from sea to shining sea, this country is full to the brim of amazing places to celebrate its birthday… and trust us, this list hasn’t even scratched the surface. No matter where you live (or where you’re planning to stash yourself in early July), you’re bound to find an amazingly patriotic display near you.

But we do have to reiterate that RV travel is really the most ideal way to experience Independence Day, whether you’re headed on an epic cross-country trek or just camping out in your own backyard at home. You’ll have all the creature comforts and conveniences you’re used to with the added flexibility of wheels — and after a fun (but hectic) day of battling Fourth of July crowds and traffic, there’s no bigger comfort than the ability to kick back in your very own private space.

Looking for even more ideas for enjoying an unforgettable Fourth, or planning any other kind of summer vacation? Here are a few RVshare posts that might help.

If there’s one thing we’re seeing after many people were required to work from home over the last year, it’s…

What are the most popular beaches in West Virginia? West Virginia is hundreds of miles from the coast, and is…

Ask anyone who’s ever visited and they’ll be quick to tell you: Colorado is easily one of the most beautiful…

What are the most popular beaches in Wyoming? When most people think of Wyoming, lots of images come to mind….

It’s no secret that California is an absolutely incredible state. Stretching 770 miles long, this state includes a wide variety…

Some of the coolest things about the US are the incredible natural wonders found around every corner. Whether you want…