Popular RV Rentals Near Pacific Grove, California, for any Budget

Located just 90 minutes north of Pacific Grove, San Jose is not just a great place to visit but is also the starting point for several great road trips, including San Jose to Sacramento, San Jose to Santa Maria, and San Jose to Salt Lake City.

No trip to the California coast would be complete without a trip to the 17th century Spanish Mission San Luis Obispo de Tolosa and museum. Be sure to also take a stroll down Bubblegum Alley, and check out the SLO Farmers’ Market downtown.

The longest and generally considered to be the most scenic stretch of undeveloped coastline in the contiguous United States, the rugged stretch of California’s central coast is known for winding turns, seaside cliffs, and spectacular views of the often-misty coastline.

Pacific Grove was founded in 1875 as a Methodist retreat modeled after Ocean Grove, New Jersey. It wasn't long before the butterflies, fragrant pines, and fresh sea air brought others to the Pacific Grove Retreat to rest and to meditate, and in 1889, Pacific Grove was incorporated. In the 1890s, it became an artist's retreat, and Nobel Laureate author John Steinbeck resided there for a number of years. More recently, the movies "A Summer Place" starring Sandra Dee and 1989's "Turner & Hooch" were filmed there. It was also the location for the HBO series "Big Little Lies." Today, there are a number of Victorian-era houses still standing, many of which have been turned into charming bed and breakfast spots. Located adjacent to Monterey, there is plenty to do and to see in Pacific Grove and the surrounding area.

Santa Cruz, CA - Just across the Monterey Bay or a short 45-minute drive up the coast, Santa Cruz offers some of the best surfing in California. It's also home to the world-famous Santa Cruz Beach & Boardwalk that was made recognizable in the 1980s vampire cult classic "The Lost Boys."

Salinas, CA - The most populous city in Monterey County, Salinas is known as the "Salad Bowl of the World" thanks to all the tasty vegetables grown there.

Located in central California, Pinnacles National Park was formed through volcanic eruptions millions of years ago, which created the towering pinnacles the park is named after. The park offers a wide variety of climates, terrains, and ecosystems, which creates opportunities for a variety of activities.

Covering almost 1,200 square miles, Yosemite National Park offers a number of high-profile tourist attractions such as Half Dome and Yosemite Falls as well as an abundance of wild, untamed wilderness to explore. Whether you like to stay on the safety of the beaten path or forge your own trail, there is something for everyone at Yosemite National Park.

Home to the world’s largest trees by volume, Sequoia National Park sits near the chilly top of the majestic Sierra Nevada mountains. Thanks to its mountainous terrain, Sequoia is full of breathtaking views, gorgeous green valleys, and lovely, snowy white peaks.

Located just up the coast in the town of Watsonville, Sunset State Beach offers multiple harbors, natural preserves, museums, and more to visit while you are in the area. The seasons are mild with temperatures rarely dipping below 40 degrees Fahrenheit in the winter or rising above 80 degrees in the summer.

Located on the northern end of Monterey Bay and just four miles from Santa Cruz, New Brighton State Beach is situated on 93 acres of wood bluffs that lead down to beaches, and it features plenty of activities like hiking, fishing, and swimming. While at the park, you'll have many opportunities to see marine mammals, birds, and crustaceans. Depending on the time of year, you may spot dolphins, grey whales, and sea otters.

Asilomar State Beach is located off Sunset Drive in Pacific Grove. It features a one-mile-long stretch of beach, a combination of sandy and rocky coves, and a walking trail.

Located off the Seacliff State Beach Pier in Aptos, the SS Palo Alto has a long and storied history that you will learn all about when you visit.

Thanks to its role as a U.S. Army facility from 1917-1994, the Fort Ord National Monument area remains undeveloped and is now open to the public for hiking, biking, or horseback riding through rolling hills, pockets of chaparral, and oak woodlands.

Salinas/Monterey KOA: At the Salinas/Monterey KOA Campground, you’ll enjoy your time at the facility almost as much as your trek to the beaches. You can swim in the heated pool or get in on a game of ping-pong or billiards. The on-site playground keeps the kids busy while you read or chat with your neighboring campers.

Mari Dunes RV Park: Located slightly north of the town of Mari, CA, this RV park features beach access and a Walmart within walking distance. It's one of the smallest RV parks in the area so you won’t have to deal with a crowd when you stay here and it is a great place to observe marine wildlife.

All three of the Monterey County Landfills, located in Salinas, Marina, and Gonzales offer dump services to the public.

Scotts Valley Boat & RV Storage serves the Scotts Valley, Santa Cruz Valley, and greater Bay Area. The office hours are by appointment only, and for added security, the facility doesn’t release its physical address to the public. Storage rates start at $130 a month, and parking spaces range between 15-40 feet in length. Scotts Valley Boat & RV Storage regulates its facility responsibly in order to maintain the safety and security of the property.

Garage Unlimited of Monterey is the ultimate indoor RV storage place in Monterey Bay, CA, and is like having a vehicle condo for your RV. Some units are even large enough to store your RV and the toys you bring with you. The climate-controlled garage-condos measure 35 to 52 feet in length and up to 26 feet wide. You will also have your own electric meter, so you can keep your RV plugged in as long as you want. There is also a dump station, fresh water, and other amenities available to get everything all ready for your trip or ready to pack away in storage.

Jenkins RV Storage is conveniently located near the intersection of N. Main Street and Laurel Drivein Monterey and has been serving the community since 1983. The facility features a state-of-the-art digital security system and offers four different outdoor parking sizes at 23, 28, 32, and 37 feet in length. The 37-foot spaces are pass-through spaces for easy parking and pulling out. 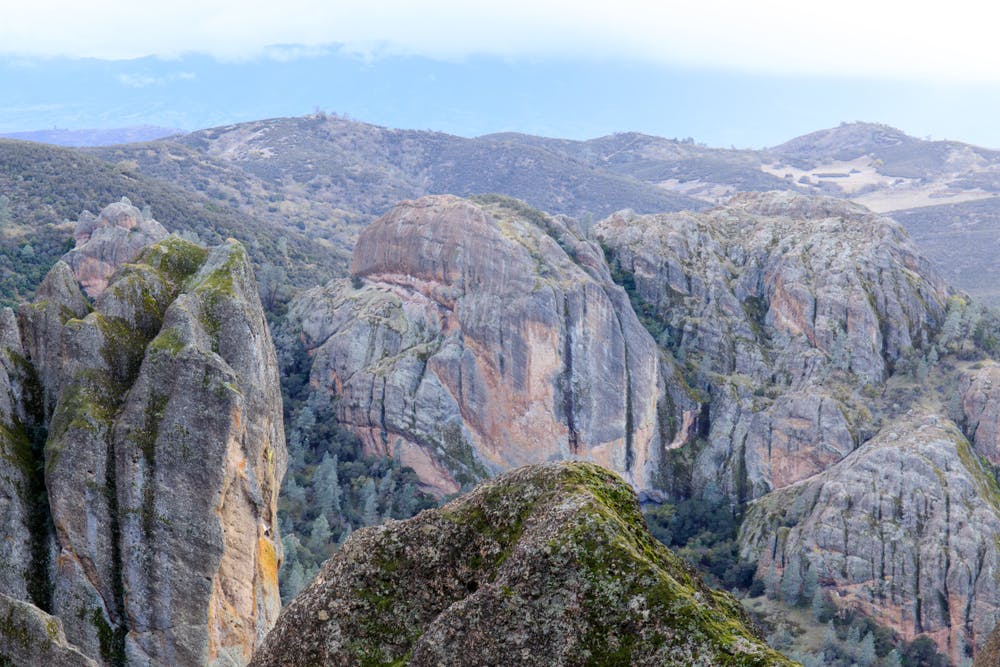 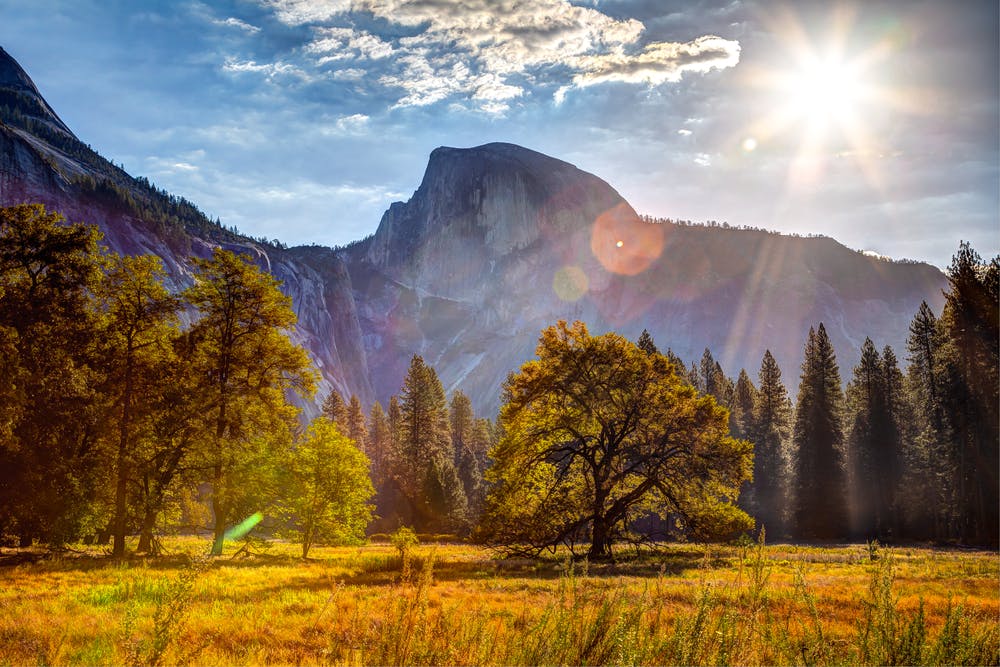 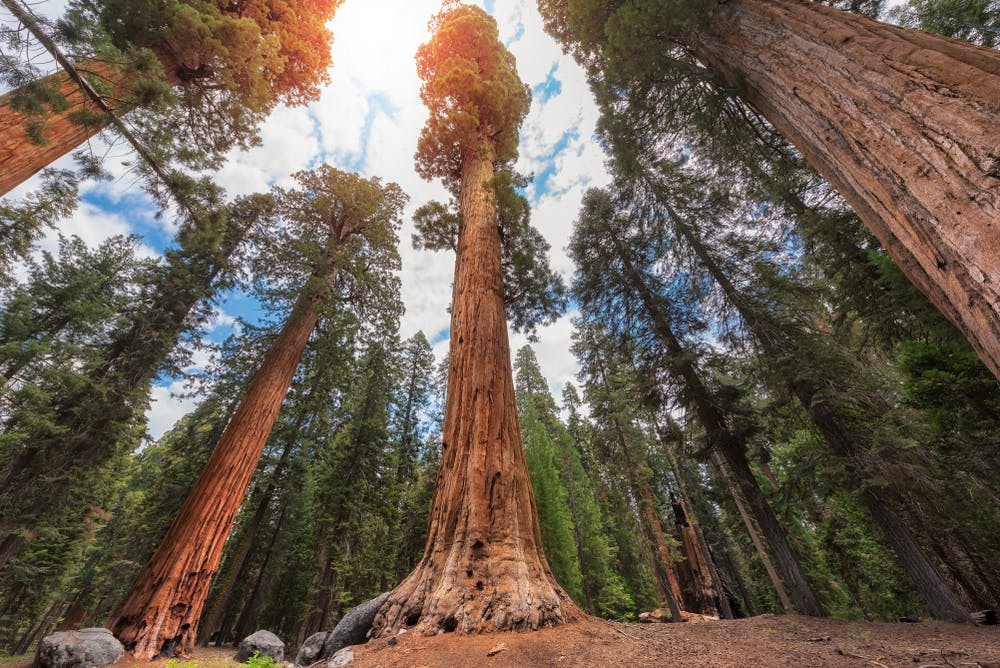 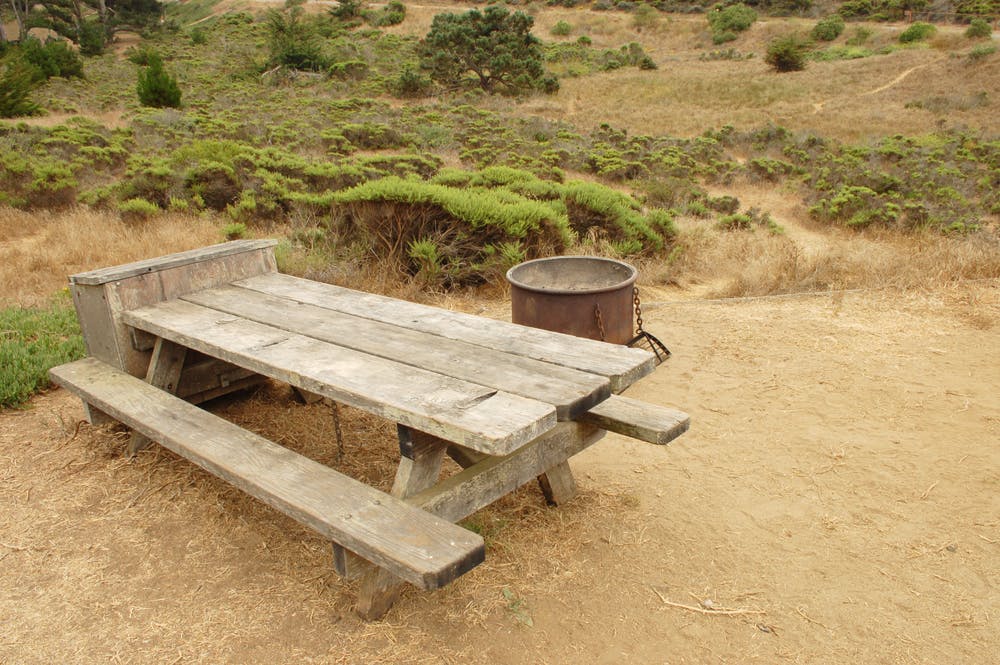 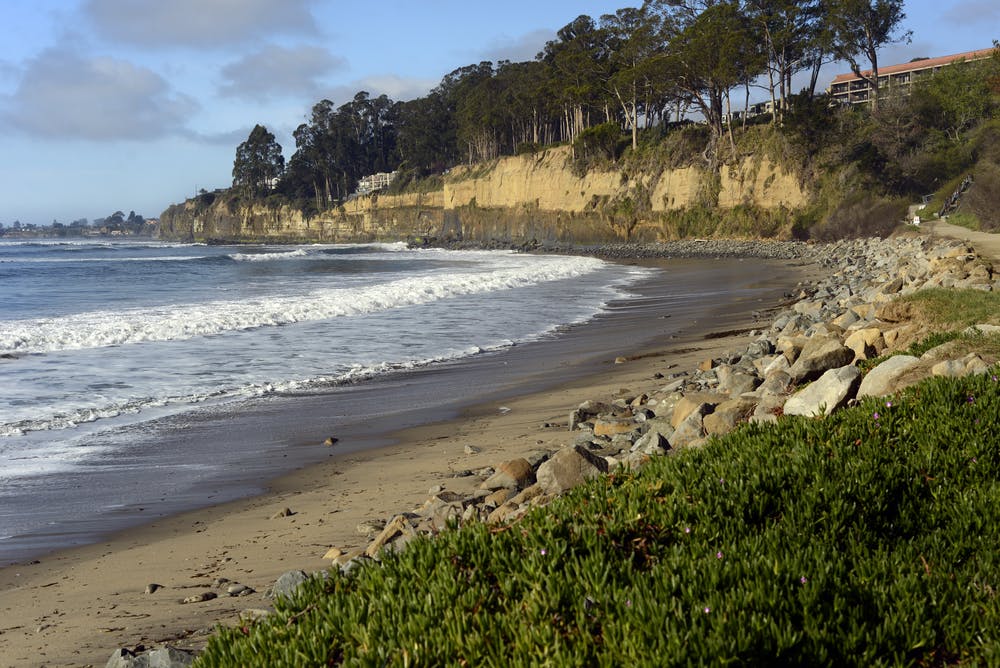 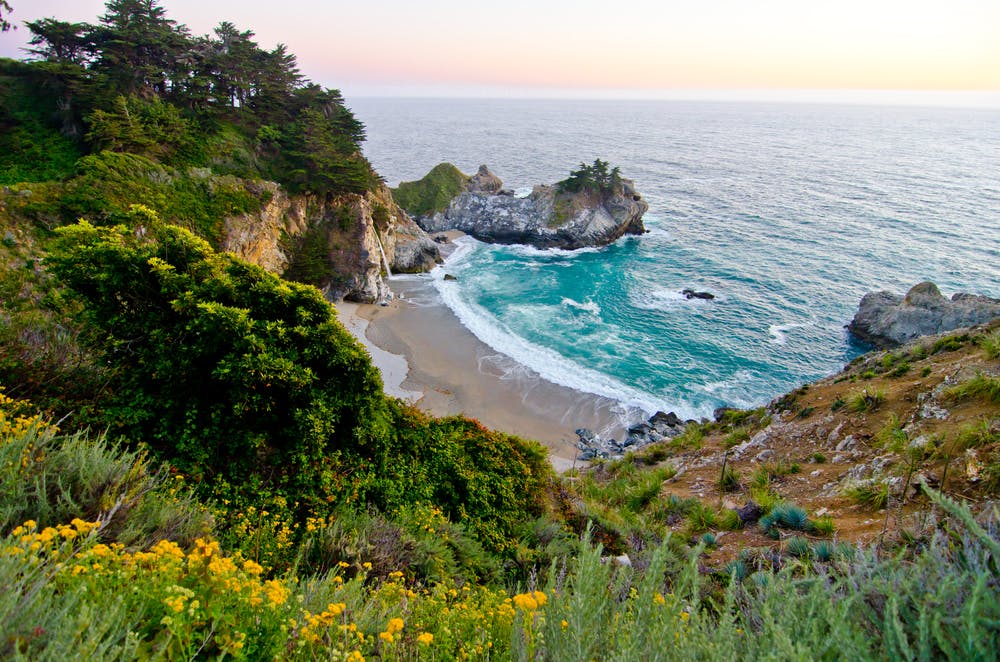 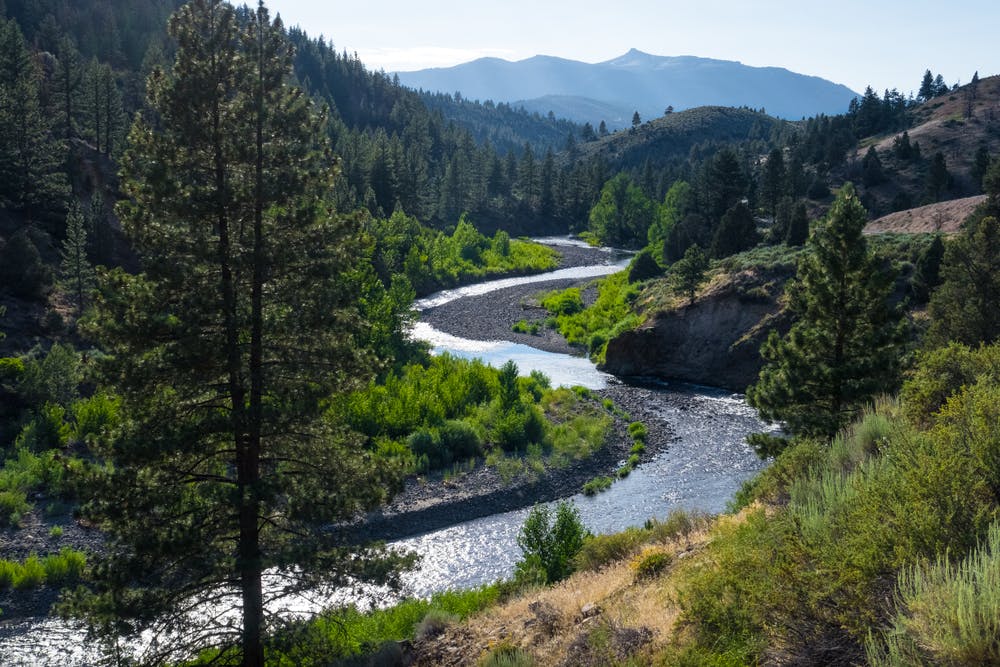 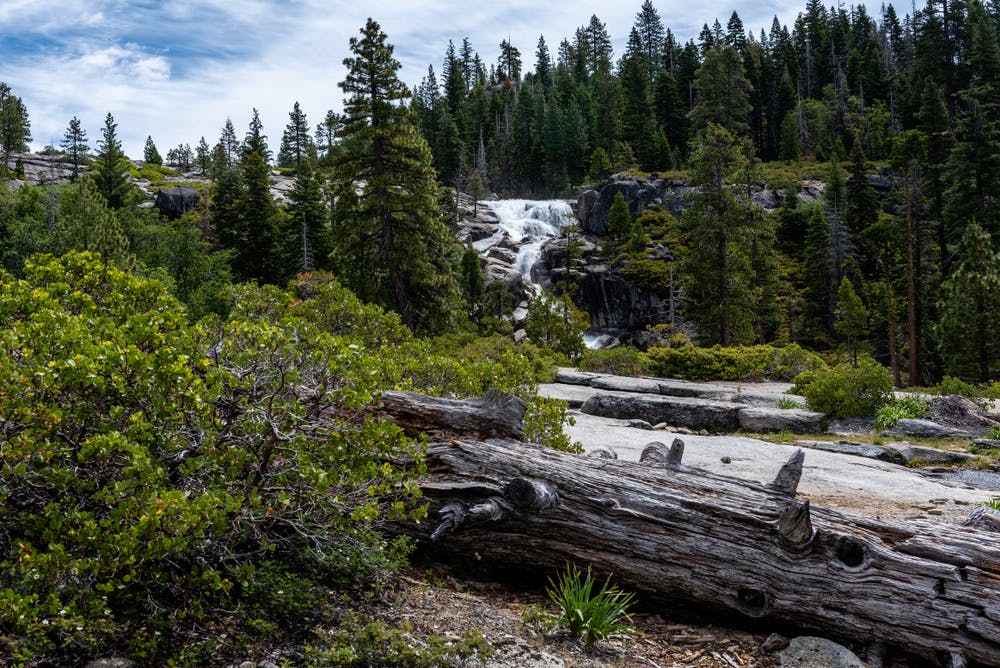 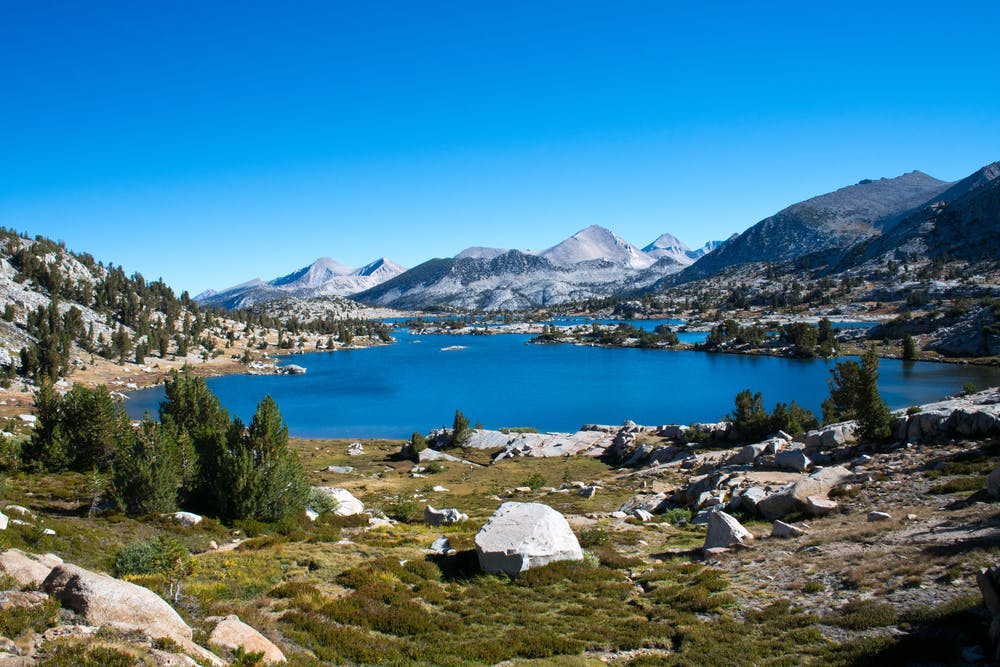 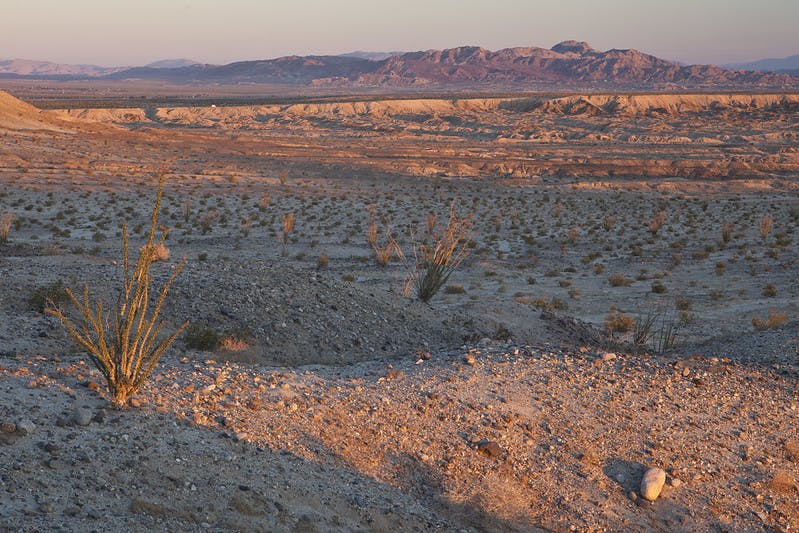 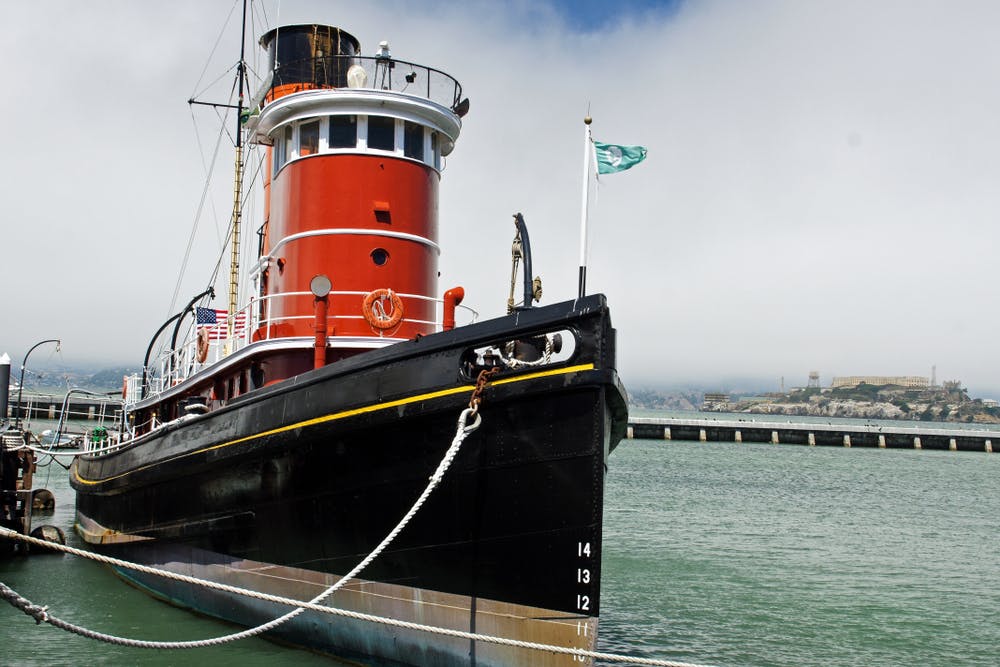 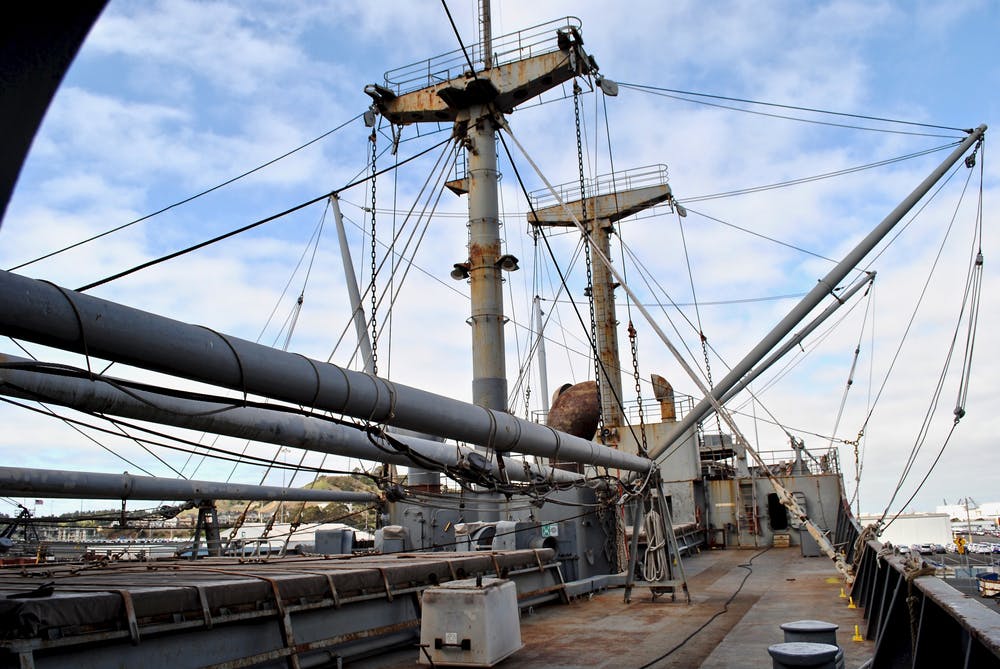 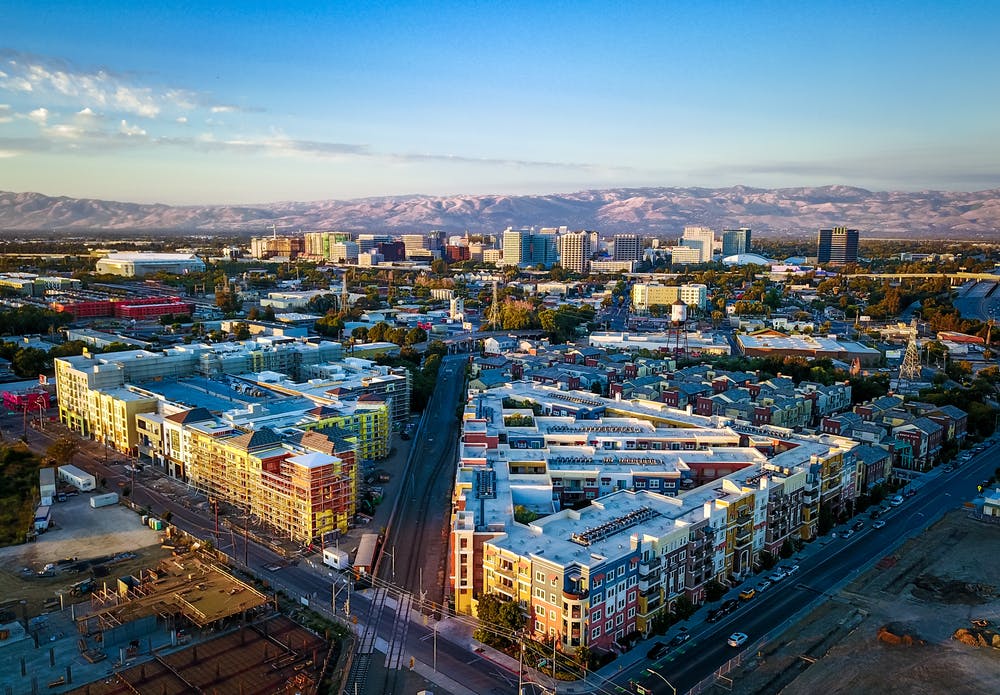 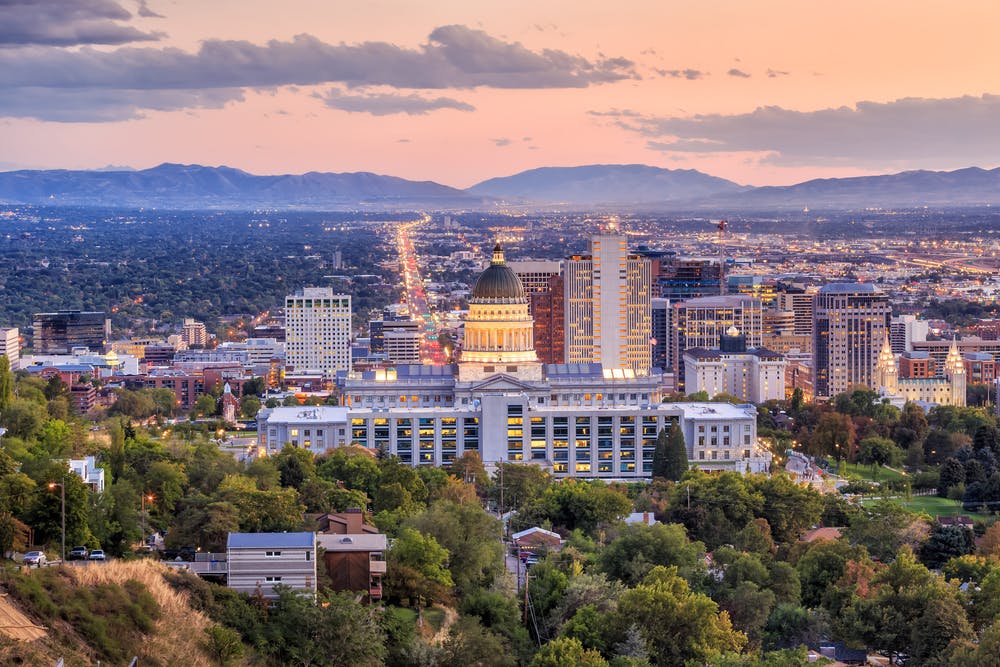 San Jose to Salt Lake City
View all road trips starting from Pacific Grove, CA
RV Dump Stations Near Pacific Grove, CA
There are plenty of dump stations in Oakland and the East Bay Area, although you may have better luck finding them outside the city proper. Many California Elks Lodges offer dump stations for members and their guests. Elks Lodges don't charge for this service but may accept a donation. State parks and beaches also often have dump stations and may not charge a fee if you're a guest at the campground.
View all dump stations near Pacific Grove, CA
RV Storage Near Pacific Grove, CA
Monterey Bay is a favorite vacation destination located just south of San Jose. Southern California has some great RV dealers if you are looking to purchase your own coach. If you plan on traveling that way, there are some spectacular campgrounds in the area. If you need to store your RV, here are some options for you to help you get started on your search. They are not listed in any particular order as each has its own particular advantage. Some are exclusively outdoor facilities while others have climate-controlled indoor facilities.
View all RV storage facilities near Pacific Grove, CA
Why Rent with RVshare?

How much does it cost to rent an RV in Pacific Grove?

Do you need to be a certain age to rent an RV in Pacific Grove?

Yes. The minimum age is 25 to be eligible to get an RV Rental in Pacific Grove from RVshare.

Does RVshare offer one way RV rentals in Pacific Grove?