Yakima Sportsman State Park is a large desert oasis that’s close to the downtown Yakima area. This option for RV camping in Yakima features a medium-sized campground, and it offers access to the Yakima River. In addition, there are tons of trails in this park.

Yakima Sportsman State Park is a popular place for birders. However, it’s just as great for anglers. In the fall, this park is filled with falling leaves, and spring brings in a host of wildflowers. If you’re traveling with kids, they’ll appreciate the on-site playground.

What People Are Saying About Yakima Sportsman State Park

“Nice, clean state park. The camping spaces don’t have a lot of privacy, but they are separated from each other. It was quiet except for a slight buzz of racetrack cars, I believe. But don’t forget I’m writing this on the first of April, so the campground is only about 30% full.” – tchrcathy, Google Review 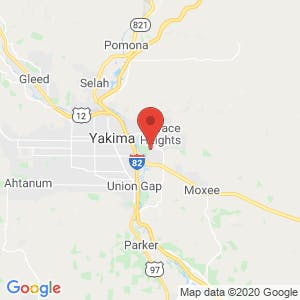 “Great place for kids and groups. Has token-operated showers, running water, full hookups, regular camps, and a very nice park. It has a playground and horseshoes. It has a few trails. It has places to reserve for large groups.” – Kayla, Google Review

RV Rentals in Yakima, WA Plan your next adventure