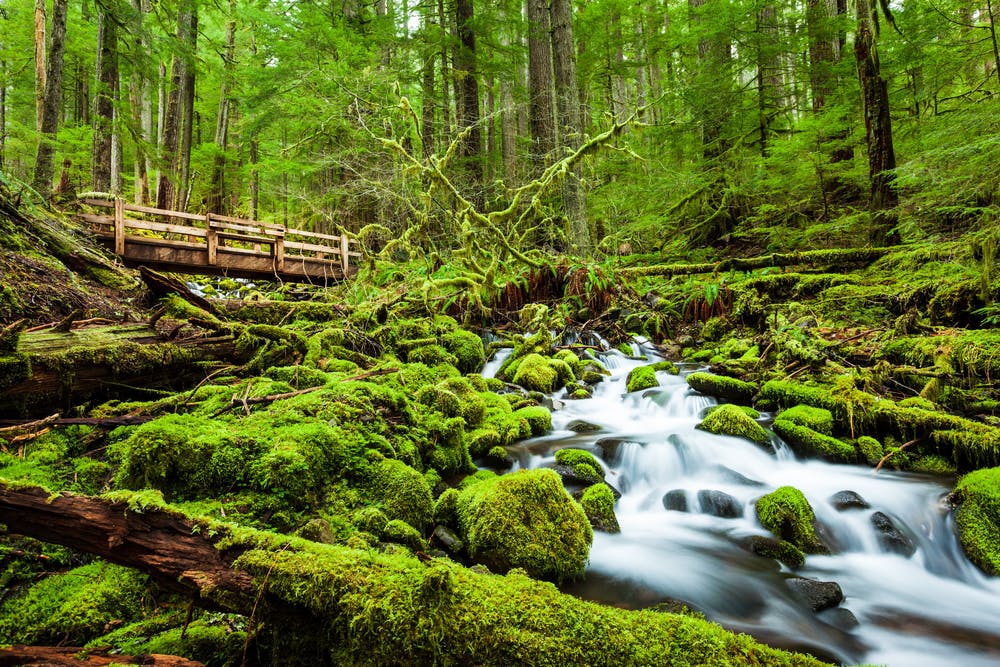 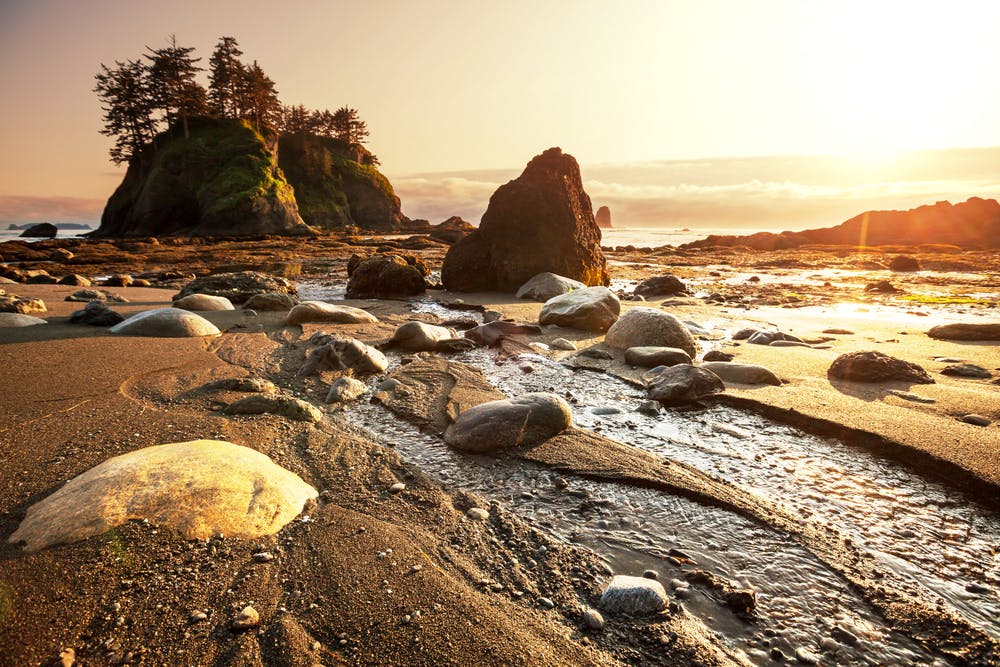 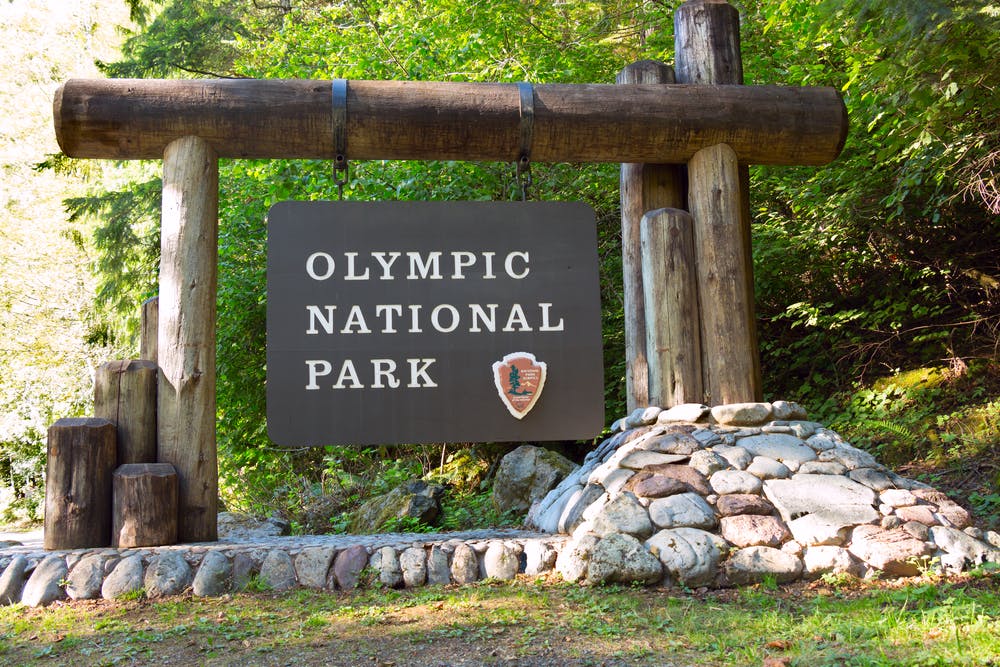 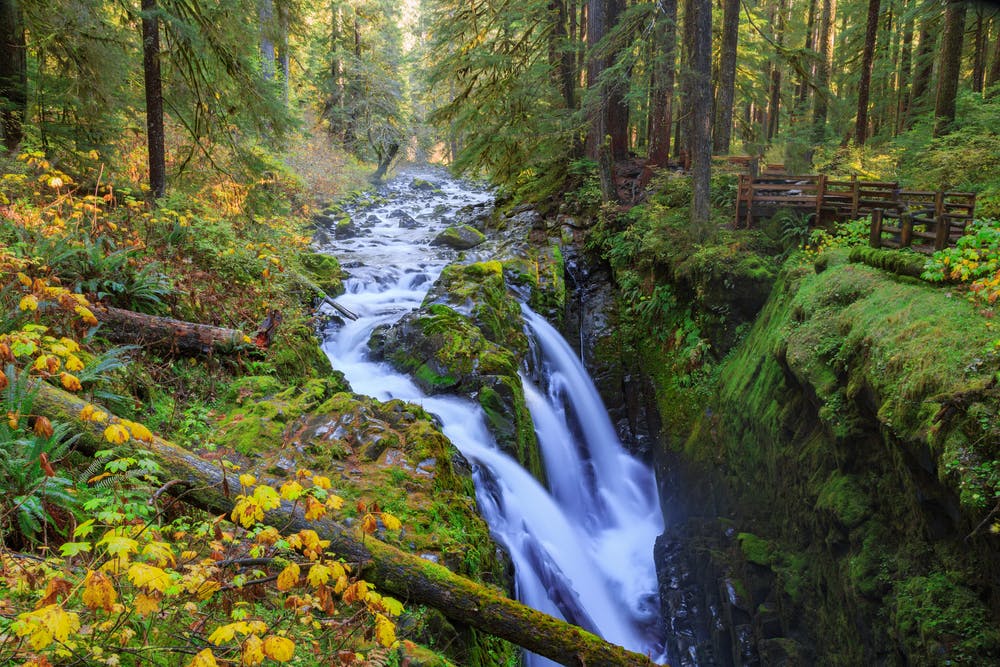 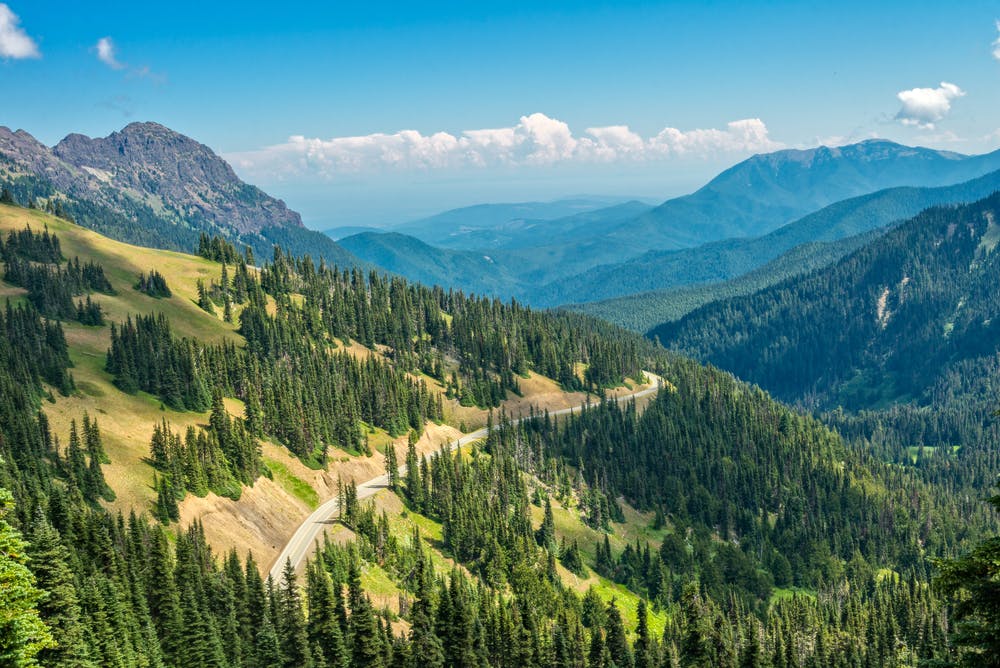 The Olympic National Park in Washington has been inspiring awe in visitors since the 1880s. Home to spectacular mountains, a rugged coastline, and beautiful temperate rainforests, the Olympic Peninsula is a unique place to visit. First designated as a national reserve in 1909 by President Teddy Roosevelt, it wasn’t until 1937 that the park became an official national park by President Franklin Roosevelt. In 1981, the park became a UNESCO World Heritage Site as well.

Every year, approximately three million visitors visit the 922,000-acre national park. As one of the most diverse national parks in the country, the Olympic National Park is home to 60 miles of coastline along the Olympic Peninsula, glaciated mountains, and temperate rainforests. There is something for everyone to enjoy.

The park is open year-round, but for the best weather, you’ll want to come during the summer. With large cities like Seattle and Tacoma nearby, there is always something to do and see. The park is home to over 650 archeological sites dating back over 12,000 years and thousands of miles of hiking and nature trails.

The park has a regular schedule of events with most occurring during the warmer summer months. For a full schedule, visit the Calendar of Events. There is a variety of activities that will keep you busy from sunrise to sunset that includes hiking, biking, kayaking, swimming, and more. If you’re lucky, you might even spot a mountain goat or bear. No matter where you go in the park, you’ll be greeted by incredible scenery, so don’t forget your camera!

Olympic National Park is home to 14 public campgrounds and two nearby campgrounds. Most campgrounds can fit RVs up to 21 feet long that are open year-long so you have great options depending on your interests in the park.

Terrain: Moderate with a slight incline with incredible views of the Olympic Mountains, Vancouver Island, and Mount Baker; kid-friendly

Terrain: Flat, kid-friendly wide trail through one of the last remaining temperate rainforests in the United States

Terrain: Moderate trail that winds along the coast and inland where you can see petroglyphs near Wedding Rocks

Terrain: The 0.1-mile trail to the beach is steep and slippery, but reveals beautiful sea stacks and sea arches

Terrain: The out-and-back moderate trail has a little bit of everything - headlands, rainforest, beach, and waterfalls

What to Do at
Olympic National Park

After a long day of hiking or driving, you’ll want to enjoy a nice meal to refuel for the next day. As you can imagine, the seafood is fresh and plentiful in Puget Sound. You’ll find a variety of delicious restaurants of various styles to meet every budget around the park. Here are some of the top restaurants worth stopping by during your vacation in Olympic National Park.

Whether you forget your tent or just need to pick a special treasure for your mom back home, there are plenty of shops in and around Olympic National Park to spend your money. Washington is known for its delicious wine, so don’t forget to pick up a bottle.

There are lots of rainy days in the Pacific Northwest, so take cover and learn a thing or two while you’re at it. The Olympic Peninsula is home to some wonderful museums that are worth exploring even on a sunny day.

There is more than enough activities to keep you busy for weeks on end in the Olympic Peninsula. Whether you spend all your time in the national park or adventure to the many small coastal towns, there are tons of beautiful things to see and do.

How to Get to
Olympic National Park

Another wonderful way to visit Olympic National Park is with an RV. Renting an RV will not only serve as your home for the next week, but a great way to get around the park at your own pace. If you don’t have your own RV, you can rent one in Washington. While most campgrounds in the national park allow RVs, it’s important to review the size limitations and restrictions.

Like any national park in the United States, Olympic National Park has a fee.

Olympic National Park is an incredible national park on the coast of Washington. Here at RVshare, we love getting more people outside to enjoy the beauty of nature firsthand. RVing is a wonderful way to experience the incredible diversity of nature while maintaining some levels of comfort from home. Whether you visit Olympic National Park in an RV rental from us, or simply pitch a tent, we’d love to hear all about your trip! Send us photos at [email protected], tag us on social media, share amazing details, and anything else you want others to know about your experience for a chance to be featured on our blog or social media channels.