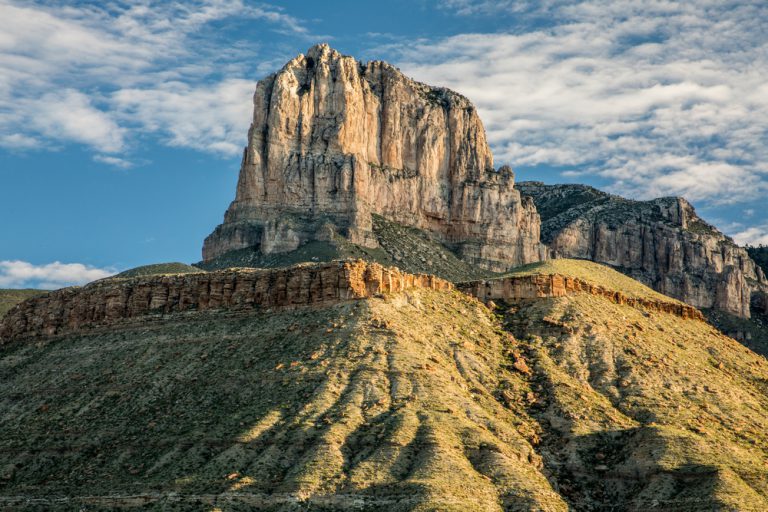 Tucked deep into the heart of west Texas, not far from the southern New Mexico border, Guadalupe Mountains National Park is one of the newer NPS properties on the U.S. roster — it was designated in 1966 by President Lyndon B. Johnson. Given its extremely remote landscape, the park is also one of the least visited in the States, with an annual visitorship of under 200,000 in most recent years.

Those who are perserverant and stalwart enough to make it are rewarded, though, by this pristine and unique geological destination, which boasts, among many other features, the tallest point in Texas: 8,749-foot high Guadalupe Peak.

But the history of this national park stretches back much further than 1966 — or the time the first white settlers arrived in the area in the 1800s. The land we today call Guadalupe Mountains National Park is the ancestral and historic land of the Mescalero Apaches, who had retreated into this rugged and difficult landscape as they warred with the neighboring Comanche people. Here is some of their too-often-untold story. 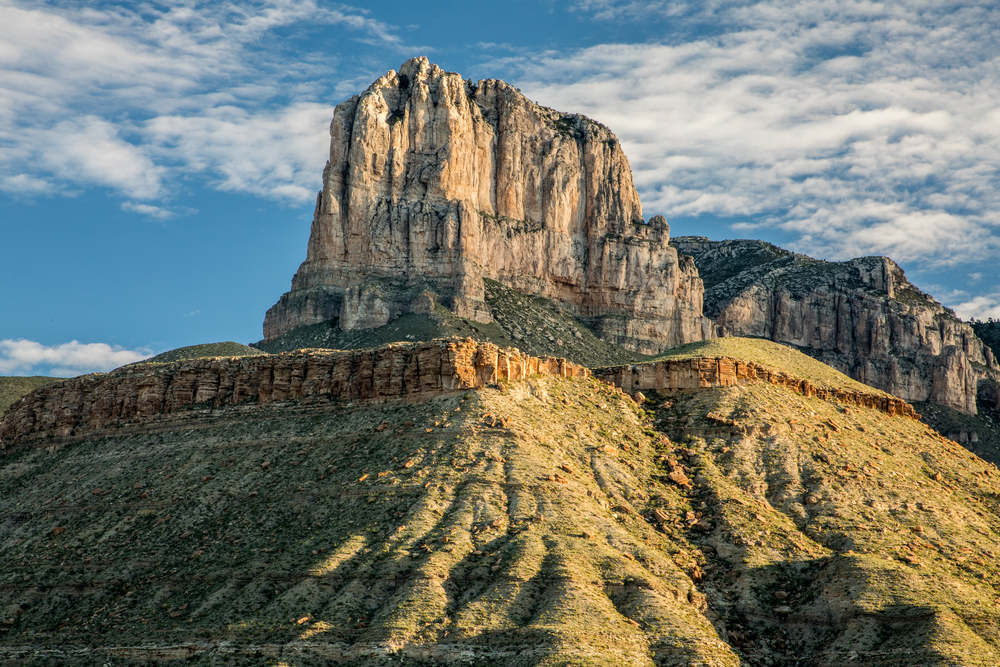 As their name implies, the Mescalero Apaches sustained themselves largely on the mescal, or agave plant, which grows abundantly in this area and can be used for food, fiber and cloth. The agave plant also featured prominently in Mescalero Apache ritual and ceremony, and the heart of the plant was roasted over fire or made into cake to form a dietary staple.

The Mescalero Apache people had retreated into the Guadalupe Mountains as a result of an ongoing feud with the Comanche people, who also populated this area. Although these mountains are decidedly inhospitable in many ways, the Mescalero Apache people thrived: along with agave, they also fed off bear grass, sotol, and a variety of local game animals including mule deer, elk, and bighorn sheep. They also traveled seasonally in order to facilitate a constant harvest.

Unfortunately, the onslaught of white settlers to the area in the 1800s spelled tragedy for this rich and beautiful culture; by the time the year 1900 came around, almost no Mescalero Apache people were left in the region. Their story and culture live on, however; tribal members and descendents still live in the surrounding areas and regularly visit the park to harvest agave, which is still used ceremonially in their contemporary culture.

As a visitor to an American national park, unless you have Native American history of your own, you’re necessarily standing on someone else’s ancestral lands — and learning about that rich and hidden history is an important first step toward paying respect to the land and your contextual place upon it. Along with reading write-ups like this one (and the interpretive information available at the national park itself), you can always check Native Land to learn which tribes have historical connections to the place you’re occupying. You can also take the extra step of learning more about those tribes directly.

But education is just that — the first step. In order to truly pay respect to both the land and the people who first inhabited it, it’s our responsibility to ensure our time on that land has the lowest impact possible. This will ensure it’s still healthy and beautiful for future generations to come: a gift to our children and their children, as well as a nod back to our ancestors and ancestors of others.

Following Leave No Trace principles is one of the most straightforward ways to ensure you’re treading lightly on the land, with its seven easy-to-implement principles. For example, Leave No Trace practices include camping and traveling only on durable surfaces, so as to avoid damaging vulnerable local flora and fauna, as well as minimizing campfire impacts and leaving behind what you find, as tempting as it may be.

With all that in mind, enjoy your journey to Guadalupe Mountains, a storied landscape that so few of us get the privilege to visit at all!