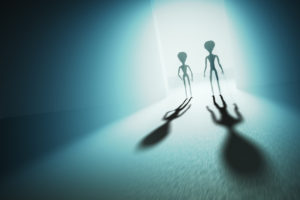 RV camping at music festivals and other big events is a longstanding tradition, and for good reason. There’s nothing quite like rolling out of your camper in the morning (or, let’s be honest, the early afternoon) to find yourself in the middle of a non-stop party, surrounded by other adventurers celebrating alongside you.

In fact, we’ve written a good deal on different festivals and events to attend in your camper, including music festivals in the summer and food and harvest events in the fall.

Woodstock is one thing… and many of us wish we could have gone. But if you really want to get weird, we suggest the Area 51 Alienstock festival. (Yes, it’s a real thing… and of COURSE we have all the relevant details!)

Here’s what you need to know about the upcoming Area 51 Alienstock Festival, including directions, security, and the history and location of Area 51.

Before we dive into the details of the festival, let’s talk about what makes Area 51 such a common place to visit and talk about in the first place. What exactly is Area 51, and what do people think goes on there?

Area 51 refers to a highly classified U.S. Air Force base located in the southern portion of Nevada. It’s officially known as Homey Airport or Groom Lake, which refers to the dry salt flat that’s situated alongside the facilities. This testing facility is one part of the larger Nevada Test and Training Range compound, and is officially used for defense experiments including the development and testing of specialty aircraft and weapons systems. However, due to the intense security and Top-Secret classification of all of the activities that go on there, many people speculate that there’s more to Area 51 than meets the eye.

Namely, many believe that Area 51 is involved in alien communication and interaction. Some believe that the crashed remains of UFOs, or unidentified flying objects, are stored and studied at Area 51, and that the government performs experiments to reverse-engineer the advanced technology they find from space aliens. Some people even believe that Area 51 is involved in the study of time travel and other far-flung, science-fiction-esque ideas, but one thing’s for certain: a lot of people are very convinced that something strange is happening on this Air Force base located just outside of Vegas. 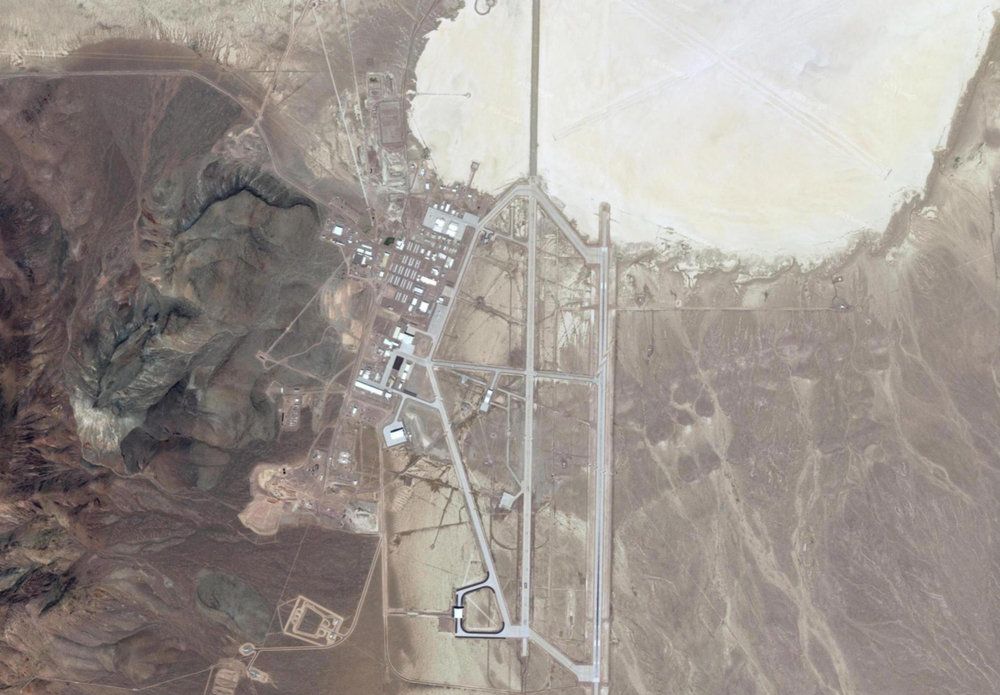 One of the most commonly-cited sources that conspiracy theorists point to when asked to justify their Area 51 suspicions is the testimony of a specific retired Army colonel, who claims he was given access to extraterrestrial materials gathered from an alien spacecraft that crashed in Roswell, New Mexico, during the time he worked at Area 51. However, although the alien claims are unsubstantiated, we do have some information about what really goes on at Area 51… supposedly.

Area 51 was first established back in April 1955 for Project AQUATONE, which was the development and testing of the Lockheed U-2 strategic reconnaissance aircraft. Because this technology was extremely secretive, the necessary pilot training and testing couldn’t be carried out at another facility, so this deeply off-grid location was constructed.

The naturally-occurring lake bed at the site made for an idea testing strip, and the team soon constructed a 5,000-foot runway and a few shelters, workshops, and trailer accommodations. In the years after the U-2 was developed and tested at Area 51, it was utilized in other military projects and incentives, like Project OXCART, the development of the D-21 Tagboard, testing and evaluation of captured Soviet fighter aircraft during the Cold War, and more. Goings on have been more secretive since the 1980s, leading to a proliferation in conspiracy narratives surrounding aliens and other out-there theories. The site was also implicated in a mid-1990s lawsuit, in which five unnamed civilian contractors and the widows of contractors Walter Kasza and Robert Frost sued both the Air Force and the United States Environmental Protection Agency, claiming that they’d been harmed when large quantities of unknown, experimental chemicals were burned in open pits and trenches at the site.

While you can’t pull up Area 51 on Google Maps, it’s not hard to find if you know what you’re looking for. Area 51 is located just 83 miles north-northwest of Las Vegas, near the town of Rachel, Nevada. It’s accessible via Nevada State Route 375, which is colloquially referred to by many as the Extraterrestrial Highway. 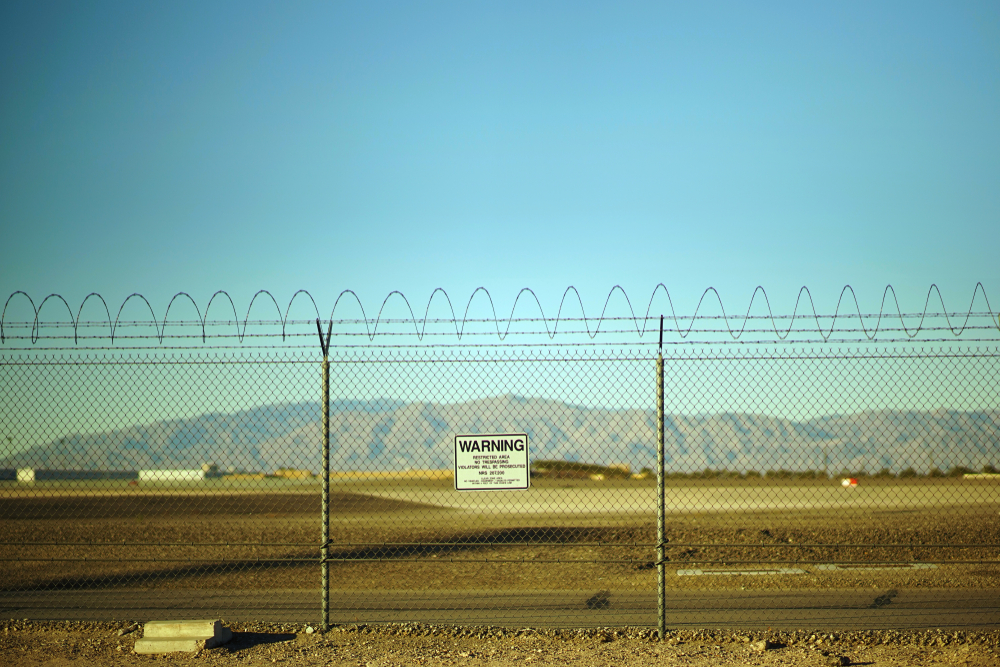 It’s impossible to get inside Area 51, because the perimeter is guarded by armed men in white pickup trucks and camouflage fatigues. You’ll also find orange posts as well as signs stating that photography and trespassing are prohibited, and the use of deadly force is authorized. Area 51 doesn’t play around when it comes to security!

Given all this intrigue and speculation, it’s no surprise that many people are eager to see Area 51 for themselves — or at least, as much of Area 51 as they have access to. This is part of what gave rise to the Alienstock Festival, which is taking place this year between September 20 and 22. 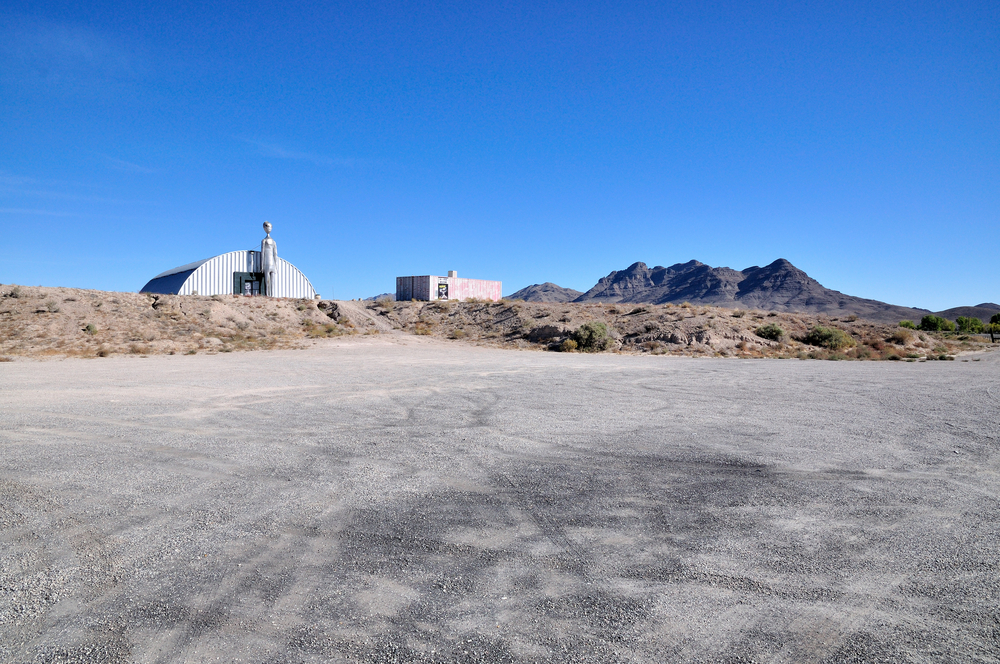 Although festival-goers won’t be accessing Area 51 itself (obviously), they’re going to gather in the town of Rachel, which is the closest town to the location. The festival will be focused on aliens and other Area-51-adjacent conspiracies. The event is billing itself as “a place to freely discuss aliens and the unknown!” Along with meeting other open-minded folks who want to think seriously about the possibility of alien life and other “out-there” possibilities, the organizers are hoping to create a space with live music, artistic expression, great food, and a fun camping environment.

It’s important to understand that Rachel, Nevada is a very small town — in fact, the Little A’LE’INN, the hotel and diner the festival organizers suggest plugging into your GPS to find the place, is the only such establishment in the entire little city. This is also the first year the Alienstock Festival will be held, so it’s possible that the response will be either over- or underwhelming. And either way, dedicated RV spaces are filling up quickly, so if you want to go, you’d do well to reserve your spot now!

The Alienstock organizers would also like to remind their visitors to watch their gas gauges on the way into town. The Extraterrestrial Highway is a lonely place, and it’s easy to run out of fuel out there where everything’s bigger, and if that happened on a festival-size scale, it could easily throw off the local traffic patterns and seriously annoy those who live in the area. 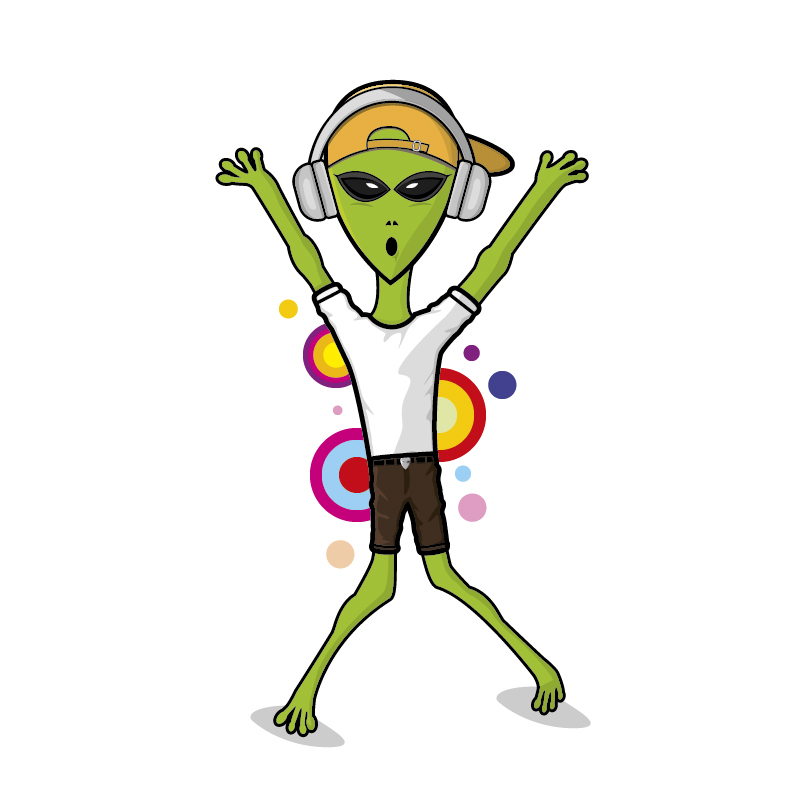 Planning a trip to Alienstock — or any other late-summer or fall festival or camping event? An RVshare vehicle is a great place to call home while you’re on the road, combining a way to hit the road in style while still saving money. Our network of rental vehicles is offered by trusted private owners, who don’t have to foot the expensive overhead costs of running a business. That means they can pass on those basic savings to you in the form of lower per-night rental prices, which means you won’t have to spend your entire travel budget just on the rental vehicle alone. You’ll have plenty left over to spend on fuel, food, and fun!

Along with helping you save money, renting through RVshare is a safe and secure way to experience the RV lifestyle the way it’s meant to be. Rather than traveling in a vehicle fresh off the factory floor (and likely lacking in character), you’ll get to choose from alternative types of rigs including travel trailers, sleeper vans, and more. Our easy-to-use and secure platform means you don’t have to worry about the safety of your sensitive information, and best of all, you’ll be putting your travel dollars right back into the hands of other adventurers. It makes vacationing rewarding!

Whether you find a rental listing near you and drive it out to the desert or look for one locally to pick up after flying in, we hope you enjoy this weird and wonderful-sounding event. The truth is out there!

The sprawling inland empire of California might not be the first place you think of to explore the outdoors. But…

New Hampshire is a state that is often overlooked, but well worth visiting. It’s a stunning state with plenty of…

The Ultimate Itinerary for Visiting Wyoming

When you think of Wyoming, what comes to mind? Maybe Yellowstone National Park, or the ski resort town of Jackson Hole?…