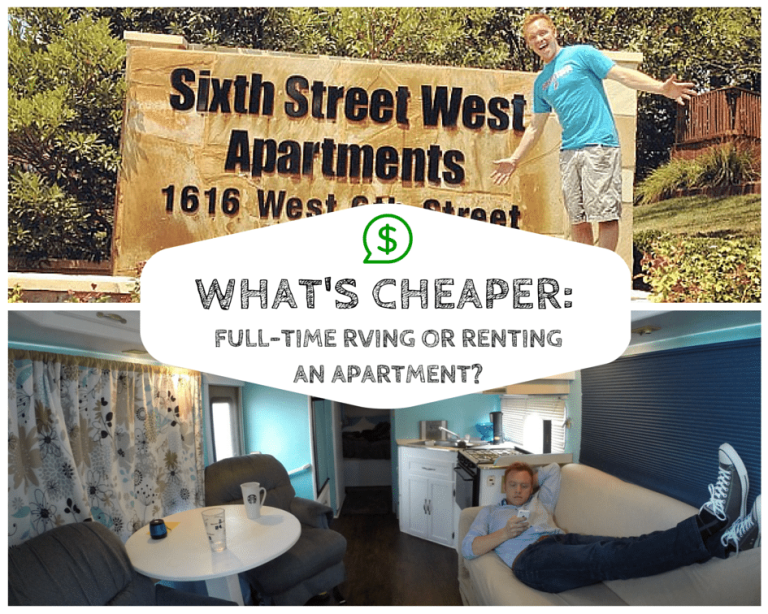 A couple years ago I was living on Sixth Street in downtown Austin, Texas. I was paying an arm and a leg for a studio apartment that was only 400 sq. ft. Last year after getting married, my wife and I quit our jobs, bought an RV off craigslist, and hit the road for seven months on a 48-state RV tour called Hourly America. While we lost 200 square ft of room, our home now had wheels and could take us wherever we wanted to go. 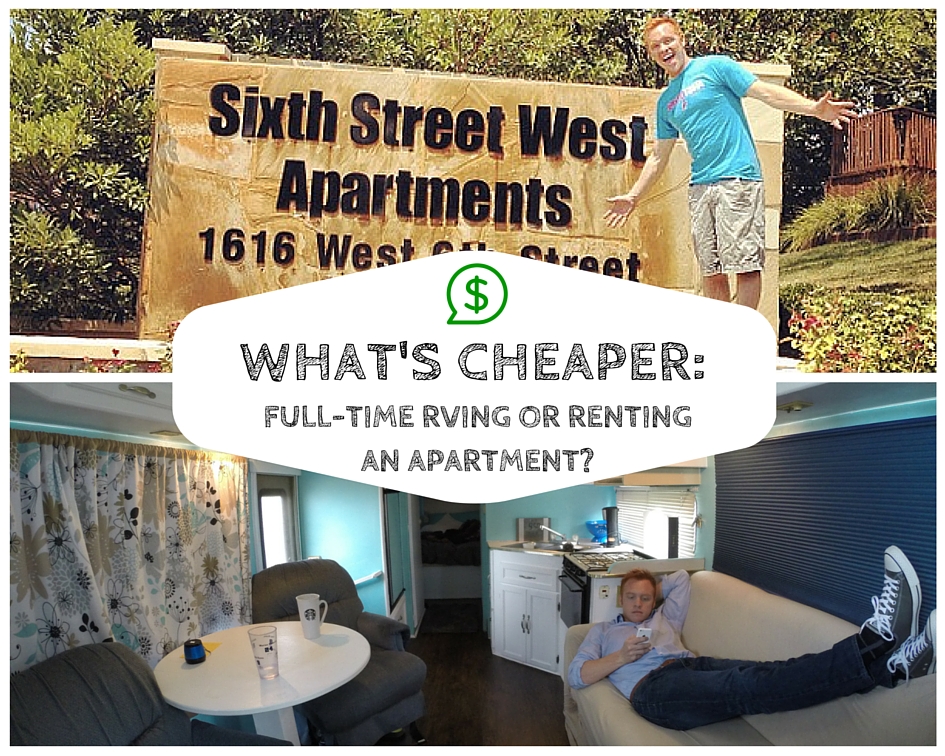 One of the biggest unknown factors about RVing was how much we were going to spend on lodging. Would it be more or less than we would have paid living in an Austin apartment? Could we find cheap places to stay or maybe boondock as well? This was all new and unfamiliar territory for us.

After traveling all over the country this past year, we did figure out how to find cheap (and even free) places to park our RV and how to get by spending very little money at all on lodging. As of today, we’ve been RVing full-time over 15 months (and have traveled to all 50 states). Recently we decided to do some calculations to figure out exactly how much money we would have spent living in an apartment versus RVing across the country.

A quick Google search educated us that the average rent in Austin for a one bedroom apartment is $1,155/month (see here on rentjungle.com). We did some number crunching and realized that rent in Austin for 15 months would have been around $17,325 (not counting things like utilities, which you don’t pay while full-timing).

Then we took a look at all the RV lodging (RV parks, campgrounds, etc.) we’d paid for since last June. We also took into consideration the price of our RV, which was $11,500, and the total amount of our lodging expenses came out to $17,560.92 (view a breakdown of all expenses here).

Look at how similar those numbers are. In fact, by the end of this month, we will have spent less money while full-time RVing across the entire US than we would have if we stayed put in a one bedroom apartment in Austin.

Now, you can throw into consideration a thousand different situations here. For example, we could have bought a much more expensive RV, or we could have found a cheaper apartment. The point isn’t to try to sway you one way or the other, the purpose is to show that buying an RV and traveling around the country can financially compete with sitting still in a city apartment–plus RVing is way more fun.

There are a lot of other financial factors to consider if you decided to live in an apartment or drive an RV, but if you want to an example of the real costs associated with driving an RV across the country (plus how to do it super cheap) you can view our full expense breakdown from RVing to 48 states here.

Are you currently living in an apartment (or home) and thinking about hitting the road? Leave a comment below if I can help answer any questions you might have. Or if you’re already full-time RVing, have you seen your expenses go up, down, or stay the same?

Sportsmobile has been in the business of building great custom…

Oh my, if the Heirloom Tiny Home isn’t the most adorable, humble…