Covering nearly 220,000 acres of pristine northern Minnesota wilderness, Voyageurs National Park is truly a special destination whether you visit in the sunshine-filled summer or the snow-coated winter — or anytime in between. Combining terrestrial and aquatic habitats, several different types of northern forest, and, of course, changing dramatically with the intense seasons, this place offers a year-round playground for outdoor adventurers… not to mention the opportunity to see the northern lights in the lower 48.

Because of its remote location, Voyageurs has one of the lower visitorships in the American national park roster: only about a quarter of a million people make their way to this impressive landscape and lakeshore each year, as opposed to, say, Yellowstone’s four million or more. (It is, after all, a voyage to get there!) That said, those who do make their way to this beautiful, wild place are well rewarded for their efforts. They’re also far from the first people to be drawn into this northerly wonderland.

The landscape today known as Voyageurs National Park is the historic and ancestral land of the Očhéthi Šakówiŋ (Sioux) and Anishinabe Waki tribes, and has been inhabited by Indigenous people for almost 10,000 years.

Here is a small portion of that unheard history. 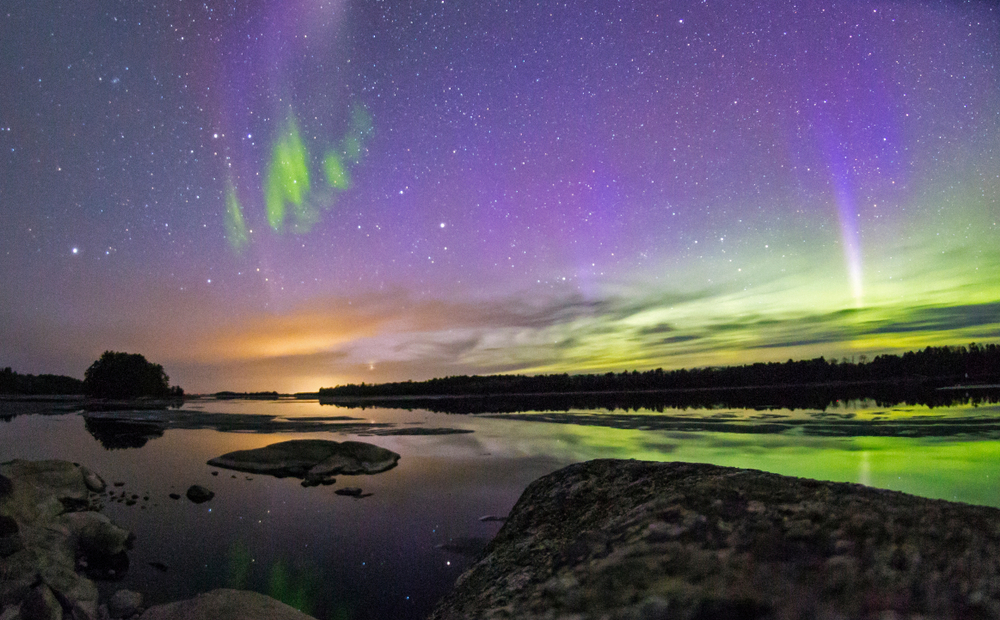 Archeological evidence reveals that human beings have walked through this land since approximately 10,000 years ago — at which time the landscape in question was changing. A massive glacial lake — larger than all five of today’s Great Lakes combined — called Lake Agassiz had once drowned much of this land, and as the last Ice Age ended, began receding, allowing Indigenous people known today as Paleo-Indians to come to this place to hunt for game and gather edible and medicinal plants.

As time went on, Native Americans continued to inhabit and glean resources from this land; during the Archaic Period, from 8000 BCE to 100 BCE, nomadic tribes in this part of the world lived in large part off of fish from the lakes. Later, during the Woodland Period, which extends from about 100 CE to 900 CE, people increased the amount of native local wild rice they relied on, which meant they didn’t have to travel quite so often. Ceramic materials were used to create arrowheads and projectile weapon points, giving us a window into their lifestyle.

At the time European fur traders and settlers began to infiltrate the landscape, it was populated largely by the Sioux and Anishinabe Waki people, who had been thriving in the Great Lakes area and beyond for centuries. Although displaced by colonization, the descendants of these tribes live on today, with many enrolled members and others living throughout this part of the country and beyond.

To date, researchers have identified more than 220 archeologically significant sites within the park boundaries, all of which are protected by law.

Learning more about the First Peoples who inhabited a given landscape is a critical step towards paying full respect to the land. These people, and their actions, are intrinsically tied into this place; indeed, their stewardship and tender loving care is the only reason these land are still inhabitable in our time.

Along with reading write-ups like these, as well as the information available from the National Park Service (or whatever bureau oversees the landscape you’re visiting in), you can always use the free web app Native Land to learn more about whose ancestral lands you’re standing on. No matter where you are in America (or beyond), you’re moving through someone’s ancient story — you can use the links at the website to learn more about the specific tribes whose story that is.

Of courses, learning is only a starting point. We must also take it upon ourselves to continue in the tradition of stewardship that was demonstrated to us for centuries — after all, we want to keep these lands just as green and vibrant for our children and their children, too. While enacting sustainable, green lifestyle changes is admirable whether at home or traveling, as a visitor to a national park specifically, we highly recommend checking out Leave No Trace, with breaks low-impact travel out into seven easy-to-follow principles. (For instance: pack out all the garbage you pack in, and be sure to camp, hike, and create campfires only on durable surfaces that have, preferably, already been impacted by those activities.)

We hope this little bit of Indigenous history offers nuance and complexity to your experience of the stunning landscape that is Voyageurs National Park — and we hope that your time there is all the more pleasant for it! Enjoy!