Protecting some 7,383 square miles of active volcanic landscape on the western edge of the Gulf of Alaska, Katmai National Park is truly a wild place — and one relatively few visitors are ever privileged enough to experience for themselves. With its extreme weather, untamed wildlife, and relative inaccessibility (the primary ways to get in are by chartered plane or boat), Katmai is a once-in-a-lifetime destination — but it’s one that holds many human lifetimes within its boundaries, as well.

Along with the abundant and miraculous natural landscape, the area today designated as Katmai National Park is home to some 9,000 years of human history, starting with ancient Indigenous peoples who lived in synchronicity with the land for centuries. Katmai and the surrounding territories are the historic homes of the Yup’ik people and specifically the Alutiiq tribe, who were able to sustain themselves using the natural gifts the land has to offer if only we know how to look. 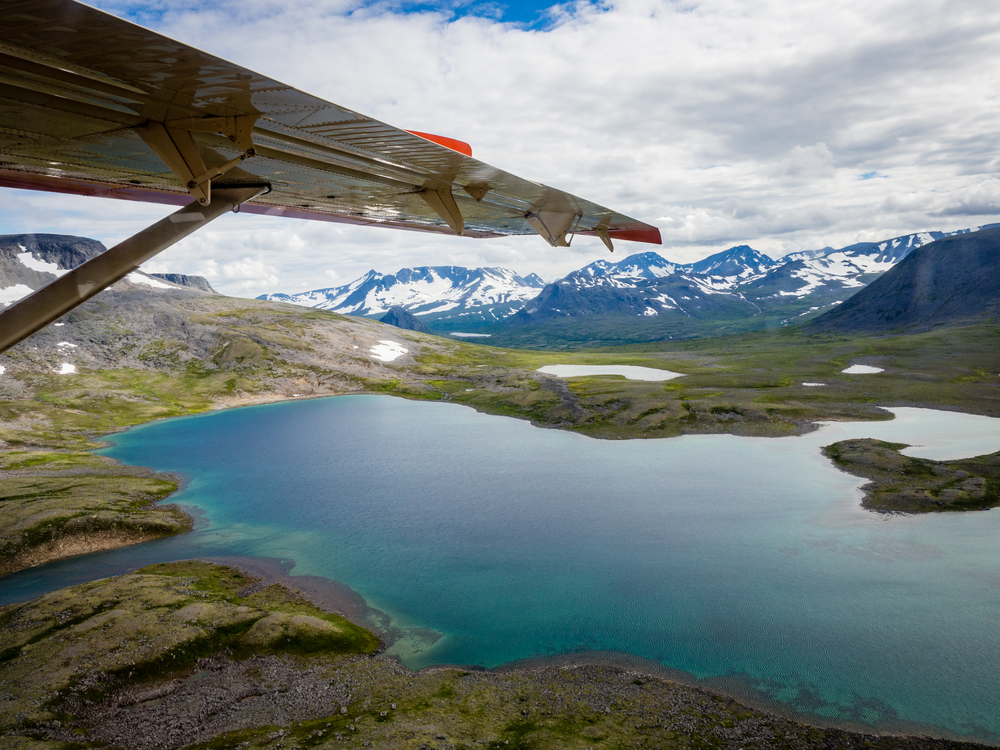 Coastal Alaskan Native Americans such as the Aluttiq lived primarily on the gifts of the nearby sea, including salmon, halibut, and whale. They also supplemented these protein sources with foods sourced from the land, including game animals and edible plants and berries, as well as fashioning day-to-day items out of natural materials.

Before contact with western settlers, Alutiiq people lived in semi-subterranean dwellings that helped insulate them from the harsh weather conditions that can occur on this land. In the early 1800s, when Russian fur traders began to permeate the landscape in earnest, there were some 13,000 Alutiiq people across about 60 villages in the Kodiak Archipelago and the Alaska Peninsula. Today, approximately 4,000 enrolled members who are the descendents of these people still live in the state.

Learning about the cultures that preceded our own presence in a landscape is an important first step towards a holistic understanding of our place in that landscape. In other words, we are only one small part of a much larger story — a story that, unfortunately, often goes unheard.

Reading more about the Indigenous people who stewarded and cultivated these lands long before westerners ever arrived on them offers both insight and respect to those people and the land itself.

Along with reading write-ups like these (and the information available at the National Park Service website proper), you can also turn to Native Land, a free service that offers insight into which tribes have historic connections to many different parts of the American landscape — and landscapes beyond. No matter what wilderness you’re standing in, or even in a city, you’re likely occupying the ancient stomping grounds of some other culture.

Finally, don’t forget that education, while an important first step, is just that: a first step. In order to truly pay respect to both the land and the first peoples who lived (and live) on it, we must also take up the mantle of caring for that land in the way they did. For modern visitors, applying Leave No Trace principles is a great way to ensure you’re leaving as minimal an impact as possible: avoiding starting campfires in places that haven’t already been scorched, traveling and camping only on durable surfaces, and packing out all the garbage you pack in, for starters. You can learn more about the seven principles online — and be sure to inform your friends about them, too.

After all, keeping the wild places we love wild is a joint effort that requires all of us to pitch in. That’s how it’s been done for centuries, as the Yup’ik people know. Enjoy your trip to Katmai National Park!