If there’s one place in America that’s still completely wild, it’s Alaska — and Gates of the Arctic National Park and Preserve, specifically. A truly untouched landscape, Gates of the Arctic is situated entirely north of the Arctic Circle, making it the northernmost United States national park as well as the second-largest at over 8.4 million acres, second only to another vast Alaskan wilderness, Wrangell–St. Elias National Park and Preserve (which clocks in at more than 13 million acres).

And when we say untouched, we mean it: no roads run to Gates of the Arctic, and there are no visitor centers to visit or well-beaten trails to meander along once you get there, either. The only way to get there is to fly in via air taxi or to hoof it from one of the nearby towns, which are often dozens of miles away and always require major river crossings.

Yet despite its seemingly inhospitable nature, the land we know today as Gates of the Arctic has hosted human life since time immemorial. Inupiaq and Athabascan peoples traveled over this rough terrain, hunting and gathering, as small nearby communities still do, and the caribou that live here have sustained Nunamiut Eskimos, Eskimo people of the Kobuk and Noatak Rivers, and Koyukon Indians for more than 11,000 years. 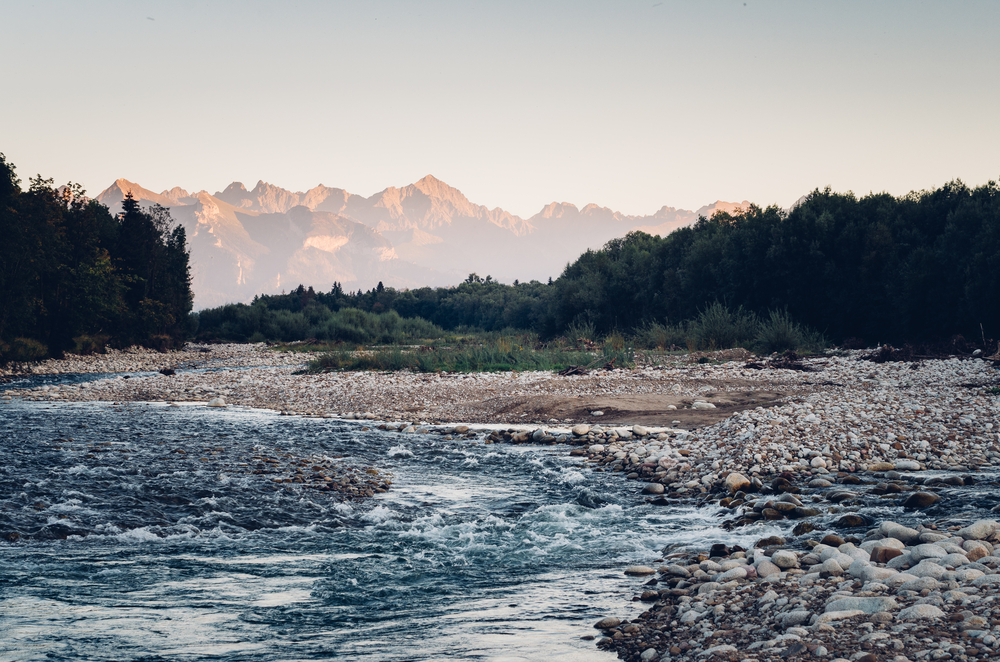 The tribes of Native Americans who were able to make their way through Gates of the Arctic thousands of years ago did so largely thanks to the caribou who’ve also called this land home for centuries. While the animals were a dietary staple for many Native American tribes, for certain Indigenous peoples, the caribou was also a sacred symbol: the source of life as game meat, but also for its ability to be used for clothing, shelter, and many other purposes. For example, rawhide was also used to make snowshoes and sleds, and caribou tendon sinew, either as a single strand or braided, was used to make strong threads to hold together clothing or create nets and hunting aids.

Because caribou are migratory animals, the Native Americans who’ve historically lived here have created hunter-gatherer societies that followed the animals as they traveled, supplementing their diet of caribou with ptarmigan and fish. Eventually, Indigenous peoples began to set up permanent settlement along the predictable routes of caribou migration so as to intercept them along the way, rather than expend energy in chasing them down. Even today, descendents of these Native Americans live in small villages in the area like Anaktuvuk Pass, where they use the caribou both for their own daily needs and to create arts and crafts, such as caribou skin masks, which can be traded for money and other goods.

There is a Native American presence — both historical and physical — in just about every place you visit in North America (and the world at large), but it’s especially true in Alaska, one of the last strongholds of these lifestyles left in the United States. Unfortunately, Native Americans’ ancient, life-sustaining practices have been interrupted and made impossible by settler societies and colonization, which has changed the way of life and infiltrated into even these most remote reaches of our nation.

Educating ourselves about the often-untold stories that underlie these magnificent landscapes is an excellent way to contextualize exactly what our place in that legacy is — and to ensure it’s one we can be proud of. The Native American people who have lived in these areas since time immemorial have kept them pristine and healthy, taking only what they needed and living in communion with the land. Most western civilizations can’t boast the same approach.

Fortunately, as people interested in exploring the world and keeping it green and healthy for future generations to explore, there are ways to help ensure we keep up the tradition of good stewardship. Reading up on the history of the Native American cultures that existed in these areas before us is a good start, and you can always check out whose ancestral lands you’re standing on by using Native Land. Additionally, enacting Leave No Trace principles will help ensure you leave the land just as you found it — or, ideally, even better for the next people lucky enough to visit and experience it.

Grand Teton National Park is so much more than Yellowstone’s baby brother — though unfortunately, some visitors to Wyoming do…

If there’s one must-see American wilderness that’s highly likely to be on your bucket list, it’s Grand Canyon National Park…

If you haven’t yet been to Glacier National Park, you’ll have to trust us: it really is a special place…

Tucked into the southeastern corner of Alaska and drawing more than half a million visitors to its wilds each year,…

Arcing high into the sky over the Mississippi River, Gateway Arch National Park isn’t like a lot of the other…

If there’s one place in America that’s still completely wild, it’s Alaska — and Gates of the Arctic National Park…