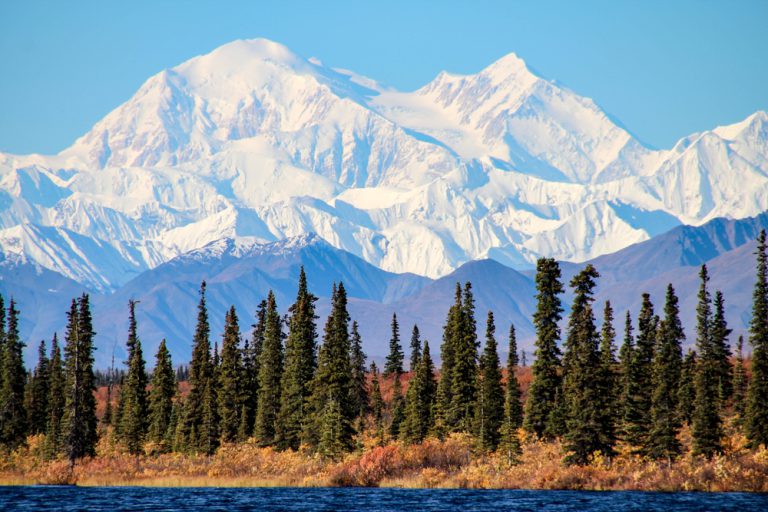 Standing a stunning 20,310 feet high, Denali is the tallest mountain in North America, and the third most prominent mountain in the entire world, trailing only Everest and Aconcagua. Both the mountain itself and six million acres of surrounding Alaskan wilderness are preserved by Denali National Park, which sees some 600,000+ visitors each and every year. (Given its remote location, that’s a pretty impressive number; Congaree National Park, which is only half an hour from the major population center of Columbia, South Carolina, only sees about 200,000 annual visitors!)

But even in simply saying the name of this jaw-droppingly beautiful national park, you’re invoking ancient cultures who have intimately known and stewarded these lands since time immemorial. What is today Denali National park has long been the ancestral lands of the Koyukon people, who gave the mountain its Athabaskan name centuries before William McKinley was even conceived. According to Native Land, this part of the country has also been inhabited by the Denendeh, Tanana, and other tribes of Indigenous peoples. 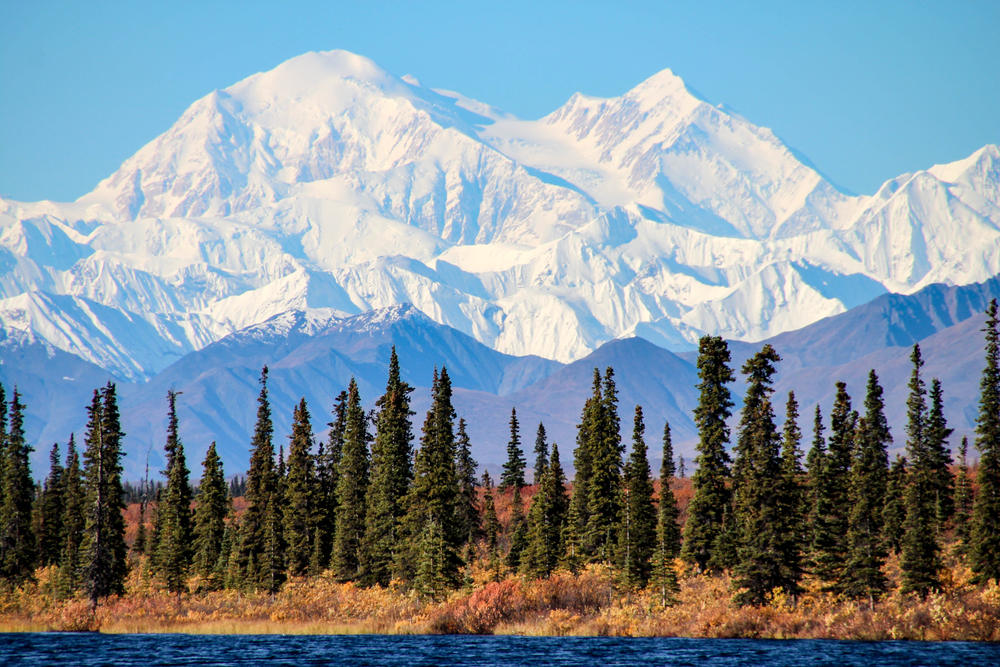 The Koyukon people whose territory has existed along the Yukon and Koyukuk Rivers for thousands of years are the ones who gave this mountain its name, which translates to the great one or the tall one. Other Athabaskan languages in the area offer similar monikers, translating to descriptive titles: mountain big.

Koyukon people historically subsisted primarily through hunting and trapping game animals, and many members of the tribe who live in the area continue to participate in this traditional mode of making a living today.

In this community, there is a legend about Denali — one you can hear told in its entirety by a Native American here. In it, a powerful but single Indian warrior named Yahoo built a canoe to paddle west and find himself a wife — but unfortunately the Raven Chief whose daughter he took wanted none of it. As he paddled quickly back to his homeland to the east, he and the Raven Chief engaged in a great battle, whose magics and medicines lead to the formation of the incredible mountain you can see here today. We won’t spoil the entire story — you should go hear it told by a member of the community — but suffice to say, it’s a thrilling one.

Although white settlers campaigned to rename the peak Mount McKinley after the then-nominee and eventual president, William McKinley — a campaign that was successful for almost 100 years, between 1917 when the park was first established to 2015 when the mountain was finally officially renamed — today it is called by its original, Native name, Denali. Additionally, the first group to successfully summit the peak in 1913 were accompanied by an Alaskan Native mountaineer by the name of Walter Harper. The climb took more than eight weeks and the team survived sub-zero temperatures, altitude sickness, and many other ills to make the achievement.

Paying Respect to the Land and Its Stewards

When we pay a visit to a historic land like Denali National Park — and, in truth, any national park or even developed city in America — we’re always engaging in a longer and more complicated human history, and often one that has for too long gone untold. Educating yourself about the Indigenous presence in whatever lands you’re on is a good way toward creating a fuller understanding of your place in that history. Additionally, we should be focused on preserving that land for the future and continuing in the tradition of stewardship set out and exemplified for us by the Native Americans and Indigenous cultures who called the place home for so long.

One great way to do this is to follow Leave No Trace principles, which include such tenets as packing out all of the garbage we pack into a place, minimizing the impact of campfires or camping equipment, and generally ensuring that, when we leave a place, we leave it exactly as we found it — or better. In doing so, we’ll help ensure places like Denali National Park will survive for many future generations to enjoy, while also paying respect to those who’ve kept it safe for all the generations leading up to ours.