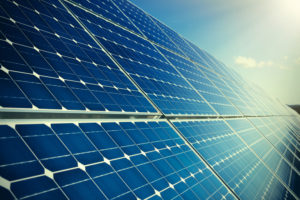 If you’re a frequent off-grid RVer — or aspiring to be one — you’re probably eager to switch over to solar power, or at least to learn what solar power can do for an RV. Running all your electrical appliances with nothing but the sun’s rays to sustain you sounds like a dream to anyone who’s ever tried to relax with a noisy generator running in the background.

If you’re not quite ready to make the big upgrade to solar, upgrading your generator may help the noise factor. For instance, this 3500-watt, RV-ready digital hybrid portable generator by Champion Power Equipment is set up to power a 30-amp rig, and it features quiet technology to help it run without a lot of ruckus.

But in the long run, there’s no doubt about it: solar really is the way to go for serious boondockers. Not only is it way quieter, but it’s also much better for Mother Earth. And although it’s expensive to set up in the first place, over time, it’s more cost effective than constantly filling up that liquid propane tank.

(Interested in saving money while camping? One of our best pieces of advice is to invest in a Passport America membership, which gets you 50% off your campsite accommodation fees at almost 1900 campgrounds across the country. Hey, you can’t boondock every night you camp… so why not save money when you indulge in those premium sites with hookups?)

If you’re like most campers, you may know that running your RV on solar is possible, and requires an investment in RV solar panels… but little else.

But as it turns out, it’s not as simple as just strapping panels to your rig’s roof and plugging in your blender to whip up your favorite breakfast smoothie.

RV solar might seem a little complicated at first, but don’t worry: we’re going to break it down for you so you understand every component it takes to outfit your RV with solar power. That way, you won’t jump in without having all the details and end up making mistakes!

Let’s start with the most obvious piece: the panels themselves. As you probably already know, to run your motorhome’s appliances on solar power, you’ll need to invest in several solar panels, which are often mounted on the RV’s roof or alongside the rig while it’s parked. How many panels you’ll need will depend on how much power you require; you can purchase 100-watt solar panels for just over $100 through Amazon.

The RV solar panels convert the sun’s energy to power, which is channeled in wires that link the panels together and take the power down to your RV. But before the power gets to your coach, it has to make a couple of pit stops.

First up: a solar charge controller. This device takes the power the panels have created and sends it to your RV’s battery system, controlling how much power the batteries get so as to avoid overcharging. This is an especially important piece of equipment to preserve your batteries’ function and longevity, since overcharging can irreparably harm your battery system.

To note: many RVers who upgrade to a solar power system also upgrade to lithium batteries, which are lighter, easier to maintain, and last longer. You’re already in for a major investment, after all, so why not go all the way?

Alright, let’s recap. So far, the power has come from the sun, through your motorhome’s solar panels, down to your RV’s solar battery charger/controller, and is now waiting to be used, stored up in your batteries. We’re close to being able to make that smoothie or dry our hair!

However, there’s one last complication. The power stored in your battery bank is the DC version — the kind that runs off of “cigarette adapter”-style plugs like the cell phone charger you use in your car. Unless all your devices have that kind of plug, you aren’t going to be able to use all that hard-won energy… until it goes through an inverter. This transforms the energy to AC power, which is the kind traditional electrical plugs draw on. Once that’s through, the power runs to your breaker box… and up to your coach’s outlets.

Solar Power for Off Grid RVing: What You Need to Know

As you can see, transforming the sun’s energy into usable power for your RV takes quite a bit of work — which means you’ll need to invest in a significant amount of equipment up-front. Solar panels also need to have a clear line of exposure to the sun to produce energy, which necessitates frequent cleaning and finding appropriately sunny camping spots.

Finally, before you go investing in all these items a la carte, keep in mind that every individual piece needs to be compatible with the other components. Although you can buy them one at a time, you’ll need to double-check to ensure everything will work together — you wouldn’t want to drop a pretty penny on a device that won’t fit with your system!

That’s why it can be a really great deal to go with a fully-loaded, pre-built RV solar panel kit, which come with everything you need to get your RV solar system started. They’re not cheap, but they’re also not much more expensive than buying everything separately, and it’s a whole lot more convenient.

The Go Power! Solar Extreme Complete Solar and Inverter System provides 480 watts of power and is currently available for less than $4,000 on Amazon. Renogy makes a similar all-inclusive kit that packs 500 watts of power, and it’s just over $2,500. You can also talk to the professionals at your local RV or camping store to find more deals on RV solar power systems, and to get help installing all the components on your own rig.

Solar power is a great way keep your camping quiet, green, and — yes, we promise, despite the weighty price tag — cost effective. It gives a whole new meaning to the joy of camping on a bright, sunshiney day!