RV Shower Head – Don’t Buy One Until You Read This 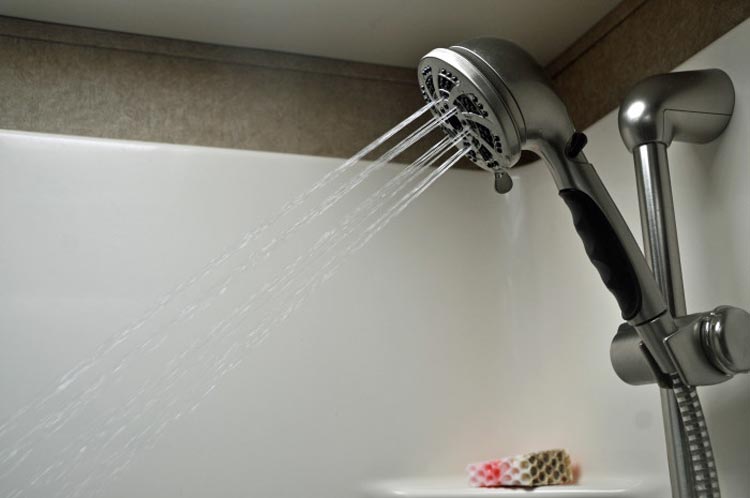 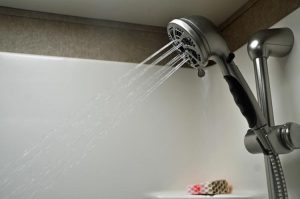 One of the first things many RVers replace in a new rig is the shower head. In this article, we will explain why this is and touch on what an RVer should be looking for in a new shower head. Additionally, we will introduce you to the very best shower head on the market for those who like to shower in their campers.

First, let’s address the why behind replacing an RV shower head. After all, all new RVs come with a perfectly good shower head, right? Well, yes and no. Yes, the stock shower head in any motorhome or trailer probably does what it was meant to do. However, these units rarely give the user the best experience possible.

For one thing, stock shower heads are water hogs. This means more water out of the fresh tank and into the gray. It also means the hot water is gone in no time. Of course, using more water than is necessary isn’t great for the environment either.

Another common complaint about the typical RV shower head is that it’s flimsy. This is something no one can deny. The fixtures are poorly made and break far too easily.

Wondering what one should be looking for when shopping for a new RV shower head? There are a few key features we recommend keeping an eye out for:

Prefer to avoid shopping around? Lucky for you, we’ve done the legwork for you and have found what we believe to be the very best RV shower head out there: Oxygenics RV shower head and more specifically, the Oxygenics BodySpa RV.

The Oxygenics line of shower head uses a special process to significantly decrease the amount of water they put out without reducing the water pressure at all. By putting an Oxygenics shower head in your RV, you can increase your shower time and stay warm the entire time. On top of all that, the BodySpa shower head is handheld and includes a “SmartPause” valve which reduces water flow to a trickle in an instant.

Now that you know what to look for in a new shower head, it’s time to get one installed so you can get dirty in the great outdoors but finish the day with an amazing shower.

4 Things You Need To Know About an RV Outdoor Shower

RV outdoor showers can be a contentious topic among RVers.…

eTrailer Most RVs come equipped with shower curtains. However, as…

RV Shower Faucet – Read This Before Buying or Fixing

Love Your RV RV shower faucets may not be something…