Wildlife Bridges: How They Make the Road Safer for All 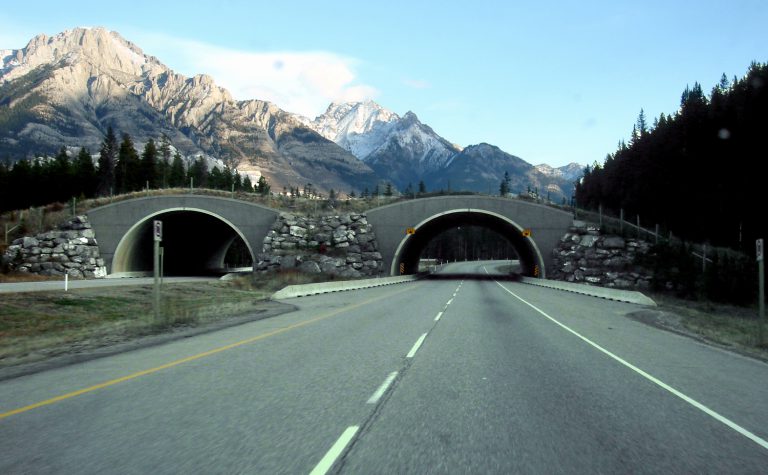 Recently, at the urging of conservationists, scientists, and many other professionals,  we’ve seen more and more wildlife bridges popping up all over the world. These animal crossings have become especially popular in the US and Canada, and are doing their job wonderfully. Still, many people are still unfamiliar with the idea, something we feel should be remedie

What are these bridges and what do they do? In this article, we will answer these questions and more in the hope that we will educate others on the importance of these structures.

What is a Wildlife Bridge?

No matter which type of wildlife crossing we’re talking about, they all serve the same purpose: They are built to prevent habitat fragmentation—something that occurs when human-made barriers such as roads, railroad tracks, and canals split a habitat—by providing safe passage across the barrier in question. This gives the animals a chance to access resources on the other side of the road without endangering themselves. It also allows groups of animals to stay together rather than splitting them into smaller, more vulnerable groups.

All that said, wildlife bridges aren’t just meant to keep animals safe, they also help protect humans by reducing the number of animal/vehicle collisions each year. Considering the huge financial cost and the incredible potential for physical injury posed by these collisions, preventing them is definitely beneficial to drivers.

The idea of a special bridge or tunnel to keep wildlife safe is awesome in theory. However, many are left wondering if such structures actually work. The answer? They do!

Generally, these underpasses and overpasses are used in conjunction with fencing that prevents animals from crossing the road and redirects them to the nearest tunnel or bridge. According to Rob Ament, the road ecology program manager at Western Transportation Institute at MSU, traffic accidents involving animals are greatly reduced when using this tactic. “You can get reductions of 85 to 95 percent with crossings and fencing that guide animals under or over highways,” he says.

85–95 percent is an enormous amount, and one might be tempted to doubt such a statement. However, there have been a number of studies showing that wildlife crossings absolutely do work. Check out the video below to see one in action!

Where are Wildlife Bridges Located?

Because these bridges have become such a popular thing in recent years, listing every single bridge and underpass would take ages. That said, there are some crossings that stand out. We’ll mention some of the more notable wildlife bridges and tunnels below.

The Future of Wildlife Crossings in the US

While the popularity of wildlife bridges is growing, many biologists don’t think it’s happening fast enough. Wildlife crossings should be going up as quickly as the number of people on the road is growing, and that just isn’t happening.

Fortunately, the Senate Environment and Public Works Committee recently passed a bill that will carve out $250 million for projects such as wildlife crossings. Hopefully this, in addition to more people and organizations becoming aware of this need, will mean we see more and more of these crossings pop up all over the country.

Wondering how you can help? Many wildlife management organizations and parks and transportation departments accept donations for such causes. Donating what you can and ensuring you leave wildlife crossings for animal use only are two ways you can help keep our roads safe for animals and people.

The Top 9 Places to Take an ATV Trip

Of all the ways to enjoy the great outdoors, riding…

Places to Visit That Truly Shine in Spring

Springtime is just around the corner, and that means it’s…

Celebrate Galentine’s Day in an RV with your Besties!

February 14th may be all about romance and hearts and…