Set in the relatively accessible, but still extremely remote and rugged, southeastern quadrant of Alaska, Wrangell-St. Elias National Park is truly a place of wild juxtapositions and contradictions. With the Gulf of Alaska lapping its lowest points and snow capping its highest peak some 18,008 feet further up, a well-prepared and knowledgeable visitor could easily spend a lifetime here, if they could survive it: at 13.2 million acres, it dwarfs Yellowstone National Park and Yosemite National Park — combined.

But given its many natural extremes, including active volcanoes, glaciated peaks, and wildlife ranging from mountain goats to grizzlies, it takes a special brand of outdoor ability to get around Wrangell-St. Elias with confidence… and that’s just for people spending a couple of nights in the backcountry. Still, human begings have not just visited but lived here since time immemorial, long before boundaries were ever drawn around this part of the map and given a name.

The place today known as Wrangell-St. Elias National Park is the historic and ancestral land of a vast variety of Indigenous peoples, including, but not limited to, the Dënéndeh, Ahtna Nenn’, Upper Tanana, Tanacross, and Tlingit people. These tribes were able to live in harmony with the earth despite the apparent inhospitability of parts of this landscape, and took good care of this land for centuries before westerners arrived. 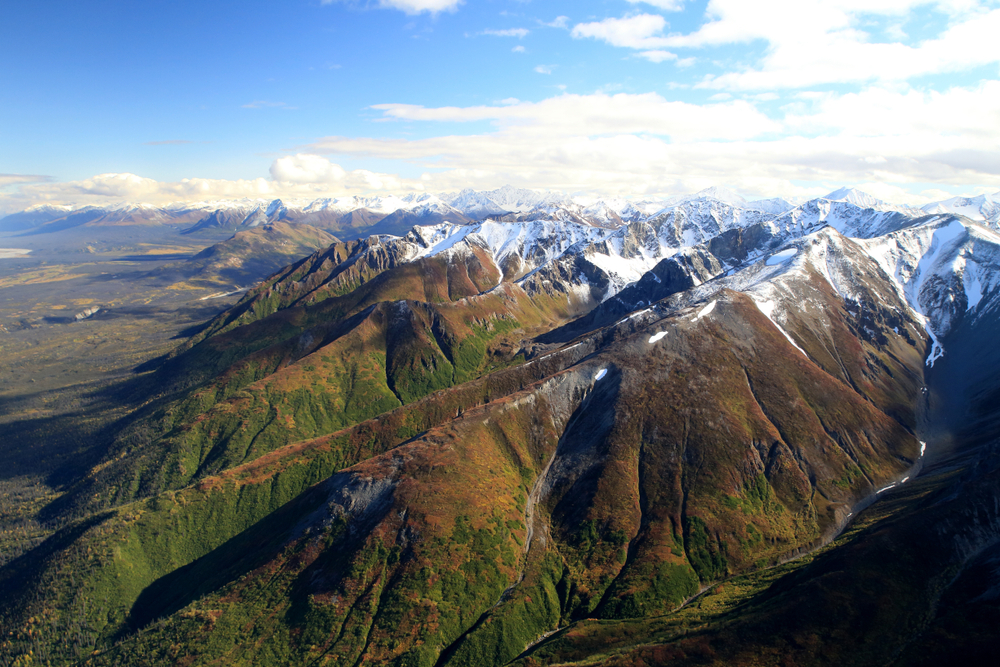 Because Wrangell-St. Elias is such a vast wilderness, its human history, too, contains multitudes — and unfortunately, much of that history has long gone unheard. Many of these stories have, too, fallen victim to the results of displacement and colonization; case in point, fewer than 60 people in the Alaskan interior today speak the Tanacross language, and fewer than 10 of those are native speakers.

Still, the cultures and practices of these Indigenous people are rich and robust, and have been the cause for much ethnographic study throughout the years, which you can find out more about at the National Park Service website.

Although they have their own distinct languages, ceremonial rites, and other cultural practices, each of the tribes above enacted semi-nomadic ways of life that allowed them to follow the resources available with each season. Along with terrestrial game and edible and medicinal plants, they also fished the local lakes and rivers to sustain themselves. The descendants of these tribes, and enrolled tribal members, continue to populate the landscape surrounding the park, as well as the rest of Alaska and America as a whole.

Learning more about the First People who populated a landscape is a critical part of fully respecting that place. After all, we can’t pay our respect to what we don’t understand, and these stories are part and parcel of the full history of this place.

Along with this write-up, there are plenty of great resources available through the NPS — or, likely, whichever bureau oversees the landscape you’re visiting. In addition, you can always check the free online web service, Native Land, to learn more about the people who have historical and ancestral ties to the land you’re standing on, be it city, countryside, or somewhere abroad.

Still, there’s more to respect than education. Respect a verb — and we must also be willing to take up the physical requirements of respect. As visitors to a wilderness, this comes down to traveling as lightly as possible and having relatively little impact on the landscape, a practice that is well codified by the seven Leave No Trace principles. An organization dedicated to ethical outdoor pursuits, Leave No Trace offers easy-to-follow guidelines that will ensure you and your party leave each place you visit as beautiful as, or even better than, you found it. It’s easier than you think — and imperative. After all, it’s only due to the stewardship of generations past that we get to experience these wildernesses at all. We owe it to future generations to take up the mantle.

Enjoy your trip to Wrangell-St. Elias National Park — truly one of the last remaining wonderlands!