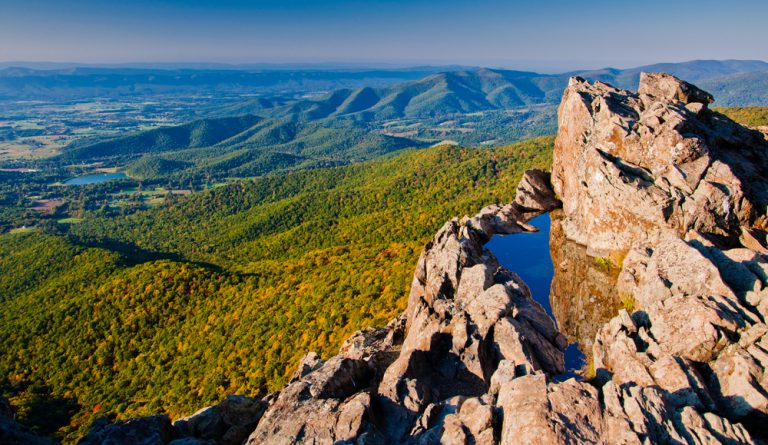 Comprised of some 200,000 acres of the most beautiful countryside in Virginia — or anywhere in the United States, for that matter — Shenandoah National Park is a preserved landscape well worth its reputation. Along with the Appalachian Trail, which runs right through the center of it like a backbone, this incredible park is also home to many other excellent hiking trails designed for all skill and ability levels, as well as waterfalls, bird watching opportunities, and the chance to backpack, mountain bike, fish, or horseback ride in the backcountry. You can even enjoy the scenery without getting sweaty at all, thanks to the stunning and world-famous scenic route that is Skyline Drive.

In short, it really is a wonderland — which makes it no surprise at all that more than a million visitors make their way to (or through) the park each year. But these eager tourists are far from the first human inhabitants who’ve stood in awe of this incredible place. The landscape today known as Shenandoah National Park is the ancient, ancestral home of a variety of Native American tribes, including but not limited to the Manahoac, Monacan, and Massawomeck peoples. It has served as an important touch point for Indigenous people for millennia — since well before westerners ever knew the place existed. 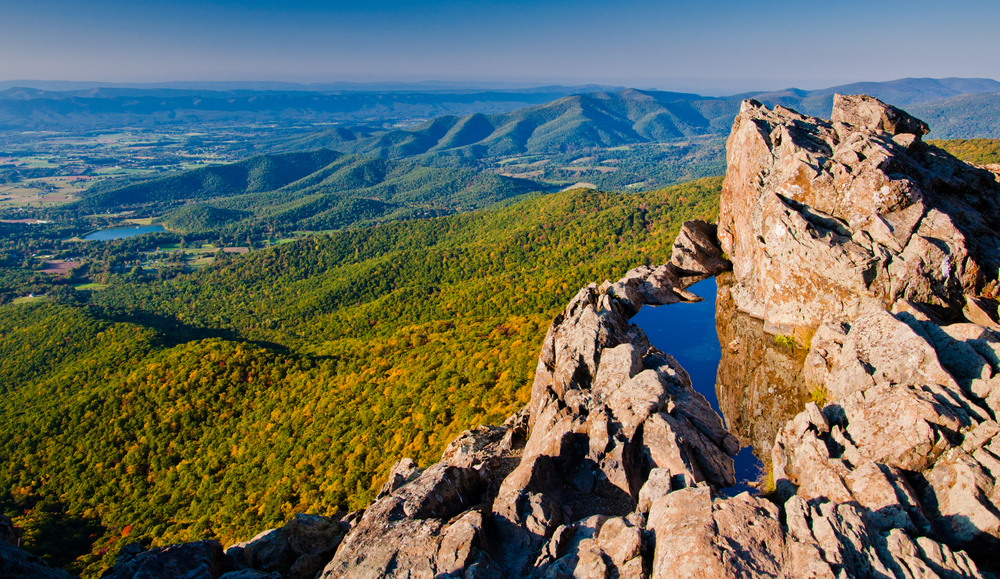 Although all too often unheard by hurried tourists, the full human history of Shenandoah National Park is a long one: it starts more than 9,000 years ago, when Archaic Indians traveled here as part of their nomadic existence, hunting large and small game animals as well as gathering edible plants such as nuts, fruits, and berries. Archeologists have also found the remains of some more permanent settlements from early Native Americans in the landscapes surrounding the park, including the Shenandoah Valley.

The named tribes above, who populated this area when western settlers began to arrive in the 17th century, inhabited a range of different cultures, ways of life, and languages.

For instance, the Massawomeck tribe, whose scattered descendants remain unrecognized by the federal government today, were a band of Iriquois people who lived throughout this part of the mountain southeast. Their communities, which were highly mobile, could be found as far northwest as Lake Erie and as far southeast as the West Virginia panhandle.

The Manahoac people, a tribe which is today considered extinct, spoke a Siouan-family language who populated the area, and formed allyships with other local tribes such as the Monacan, Occaneechi, Saponi and Tutelo people. Disappearing from the historical record after the year 1728, there is a rumor that their name comes from an Algonquian word meaning “they are very merry,” but some anthropologists cast doubt on this idea.

Finally, the Monacan people continue to survive to this day, with an enrolled membership 2000 strong. Their mother tongue is also in the Siouan family, and is unfortunately extinct, and the tribe has a long and storied history of warfare, displacement, discrimination and marginalization that they’ve worked hard to overcome.

Each of these tribes, and the many others that have traveled through, cared for, and stewarded this land, deserves recognition for their part in the overall context of Shenandoah National Park’s history and human import.

Learning more about the people who’ve preceded our arrival in a given landscape, and the work they did to ensure these places stayed healthy and vibrant for so many centuries, is a critical first step toward truly paying respect to the land. You can’t respect something you don’t fully understand, and you don’t have a full understanding of any part of America without Indigenous history — so thank you for taking the time to read this write-up. You can also always check in on whose ancestral grounds you’re standing on, no matter where you are in America (and beyond), by using the excellent free web app, Native Land.

Still, self education can only get us so far. Especially in the face of the global climate crisis, and with more visitors than ever flooding the national park system, it’s undeniable: there’s important work to be done! As guests on this land, we must take up the mantle of stewardship that was demonstrated to us by the First Peoples in these landscapes. One easy way to make sure you’re treading lightly upon these hallowed grounds: following the seven Leave No Trace principles.

Leave No Trace is an organization devoted to ethical outdoor living, and their easy-to-follow principles include such items as packing out everything you pack in while leaving behind any natural artifacts you might find, no matter how tempting it is to bring them home as a memento.

After all, hopefully, we won’t be the last people to enjoy these glorious landscapes — and goodness knows we’re not the first. Enjoy your trip to Shenandoah National Park!