Even without any kind of briefing at all, anyone who visits Redwood National Park knows for sure it’s a sacred place as soon as they get there: these towering trees lay claim to the title of tallest on earth, and it’s easy to feel like you’ve been magically shrunk and inserted into a fairytale as you gaze up at their branches. It’s unsurprising, then, that some half a million visitors make their way to the park each year — and, if you count the other various redwood preserves in the area, that number shoots to a whopping 31 million.

But these ancient, storied groves have been held close to human hearts for far longer than western history can tally. The land today designated as Redwood National Park is the ancestral and traditional land of many different Indigenous and Native American tribes, including, but not limited to, the Yurok people.

Here is some of those peoples’ history to more fully contextualize your visit to the park. 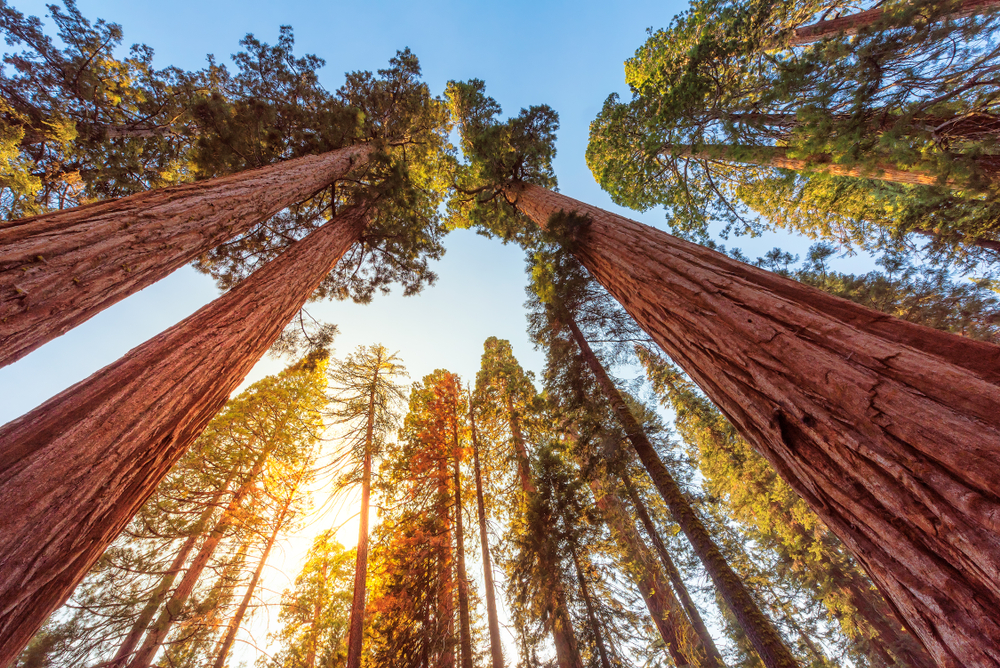 The Native American people who populated the California coast for millennia came from many different cultures and backgrounds and spoke many different languages. However, they all shared an important commonality: an ability to live in conjunction with the land, relying on its plentiful resources without overusing them or otherwise abusing the earth.

Although Native American lifestyles in the place we call California (and beyond) varied over the many years these people lived on the land, ranging from a fully nomadic hunter-gatherer existence to more settled groups that spearheaded agricultural practices still in use today, those Indigenous to northern California lived on the resources available in this place. For example, deer and elk were common game animals, as were fish from the nearby Pacific Ocean, rivers, and streams. The Native Americans also collected nuts, berries, and seeds for both edible and medicinal purposes.

All the practices used to extract these life necessities from the earth were sustainable and intentional, with the spirit of each plant and animal paid respect to and held in the forefront.

Additionally, Native Americans who lived in the redwood areas often lived in plank houses constructed of the wood of fallen trees: rather than felling healthy trees to craft houses, they relied instead on those that had already perished. The homes were constructed over a pit so as to create a bench between the wall and the space beneath them, and homes, too, were considered spiritually alive; after all, they were crafted of trees, which are living spirits.

By the 1850s, the California gold rush brought outsiders to the area in droves, who quickly displaced the Native Americans that had been making their homes here since time immemorial. However, the descendants of these Indigenous people still live in the surrounding areas and beyond, and several of their traditional languages, including Tolowa, Yurok, Hupa, and Karuk, are still kept alive in community today, along with ritual traditions and other important parts of these ancient ways of life.

Learning more about the First Peoples who populated these landscapes before westerners isn’t just enlightening: it’s vital. Only by understanding the history of a place can we truly appreciate how much life it has seen, and the work and care it takes to keep these places thriving for so many years.

Reading write-ups like this one is an excellent start, so thank you. Additionally, the National Park Service usually offers some additional context on the Indigenous history of its various preserves. In some cases, local enrolled members of tribes with traditional ties to the park participate in events and talks on park property. You can always ask a park ranger once you arrive in order to learn more.

Additionally, keep in mind that you’re on Native Land well beyond the confines of America’s national parks: truly every inch of our land has ancient Indigenous history that far too often goes unheard. Check out the free online service Native Land to learn more about whose ancestral stomping grounds you’re stomping on, no matter what city or countryside you’re in, both here and abroad.

Finally, remember that learning more about the Indigenous history of a place is truly just the first step. We also need to take up the mantle of stewardship for ourselves, as those residents did before us, in order to ensure the continued health and prosperity of a place so our children can enjoy it, and their children’s children after. We can all do our part by following Leave No Trace principles, which include such tenets as packing out all the garbage and gear you pack in, avoiding taking home any natural “souvenirs,” and paying special attention to the impact you make by hiking, camping, or building a fire.