Situated on Hawaii’s Big Island and home to not one, but two active volcanoes — Kīlauea and Mauna Loa — Hawaii Volcanoes National Park is one of the only places in the United States where you can see actively flowing lava, not to mention the general beauty of both the park itself and the surrounding area. Ranging from the water lapping the shore at sea level to its high point of over 13,000 feet, this park truly encompasses a wide diversity of landscapes, plants, and animal life, and has been designated both an International Biosphere Reserve and UNESCO World Heritage Site.

It’s no wonder, then, that so many visitors find themselves enchanted by this magical landscape; in fact, for many, it’s the main draw to Hawaii in the first place. But as with all of America’s national parks, and particularly all of the Island State, it’s important to remember the long-standing legacy of First Peoples and Indigenous cultures that thrived here before western settlers ever made their way this far into the Pacific. Polynesians, who were successfully able to navigate thousands of miles of ocean using only natural cues and hand-crafted canoes, were the first to settle on the Hawaiian islands, and their history and ongoing stories are an important and often-unheard context to the atmosphere of the islands today. 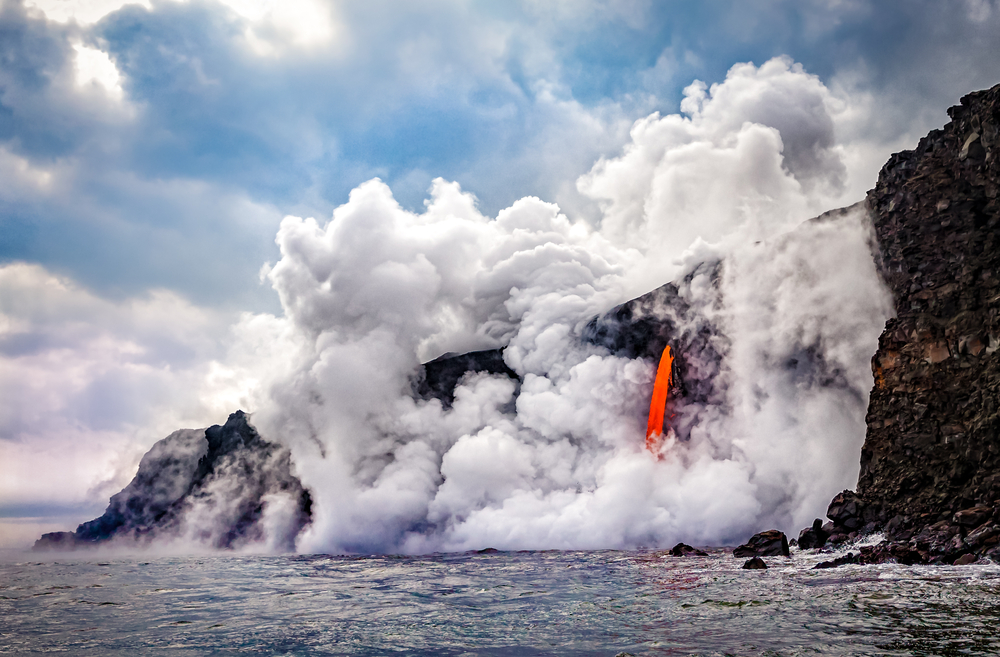 Starting from what are today known as the Marquesas Islands, Polynesians first made their way to the Hawaiian archipelago in 1000-1200 CE, or more than a thousand years ago. They traveled in hand-crafted, double-hulled canoes called wa’a, and brought with them a wide variety of plants and animal life to help establish and sustain their lifestyles once they reached the islands. (For example, they imported with them pigs, dogs, and chickens, as well as sweet potato, taro, banana, cocononut, and sugar cane.) They navigated using the sun, stars, and even migratory patterns of birds and whales.

For a time, Polynesians in the Society Islands and Polynesians in Hawaii traveled back and forth between these two places and maintained contact, but eventually, Hawaii fell into a period of isolation for 400 years. During that time, a rich and well-established social hierarchy and spiritual system emerged, and intricate traditions and ceremonies were passed down among generations. White settlers arrived in Hawaii in the late 1700s, and displacement and colonization began.

Evidence of the ancient Polynesians can be found throughout the park, including the sacred Pu’uloa petroglyph field, an ancient corridor covered over with petrified Native Hawaiian footprints, Waha’ula Heiau — the first temple for human sacrifice in Hawaii, which is now covered over in lava — and many more. As a visitor, it’s important to understand the historical and cultural significance of these many park sites and to respect the restrictions laid out for white visitors and outsiders.

Learning more about the Indigenous history of any landscape you’re visiting across America is an important way to get a more complete picture of your place in full context. No matter where you are in the U.S. — and across the word, really — you’re almost always inhabiting the ancestral lands of a culture whose story has too long gone unheard. Along with reading write-ups like this one, and the information available through interpretive signage and other programming at the parks themselves, check out Native Land to learn more about which tribes’ history you’re interacting with at any given point in your journey.

Still, this education is just one part of our larger responsibility as visitors to leave the places we visit as healthy and beautiful as — or ideally even better than — we found them. While there are many common-sense ways to carry out this mission, Leave No Trace offers a variety of excellent and easy-to-enact principles that will help ensure you’re leaving as minimal an impact on the places you visit as possible. For instance, following Leave No Trace requires travelers to avoid traveling or camping on fragile or unstable surfaces, as well as asking them to pack out all the garbage they pack in and leave behind any natural “souvenirs” they might be tempted by.

These lands have been stewarded and cared for by human hands since time immemorial. As the heirs of such an incredible legacy, it’s our responsibility to both learn about it and carry it on.