With its unique flora, grand expanses, and utter otherworldliness, Great Basin National Park is one of the most overlooked national parks in the roster; less than 100,000 visitors make their way to the 77,100-acre wilderness each year. And it makes some sense: situated as it is in the middle of the vast expanse of east Nevada desert, it’s well described as “in the middle of nowhere.”

But those who do make it to Great Basin are rewarded for their perseverance and dedication with a completely one-of-a-kind and diverse outdoor experience. Home to more than 800 species of plants, hundreds of different kinds of animals, a complex and intriguing cave system and the southernmost glacier in the Northern Hemisphere, this landscape is absolutely a destination worth putting on your list.

But the wise and ancient bristlecone pines of Great Basin National Park know that this land has seen far more human history than that recorded in the western annals. While western settlers didn’t arrive in the Great Basin until the 1800s, the place we’ve deemed the Great Basin served as a hunting and gathering grounds for Indigenous Peoples for thousands of years, with many different tribes having traveled through and stewarded the landscape. 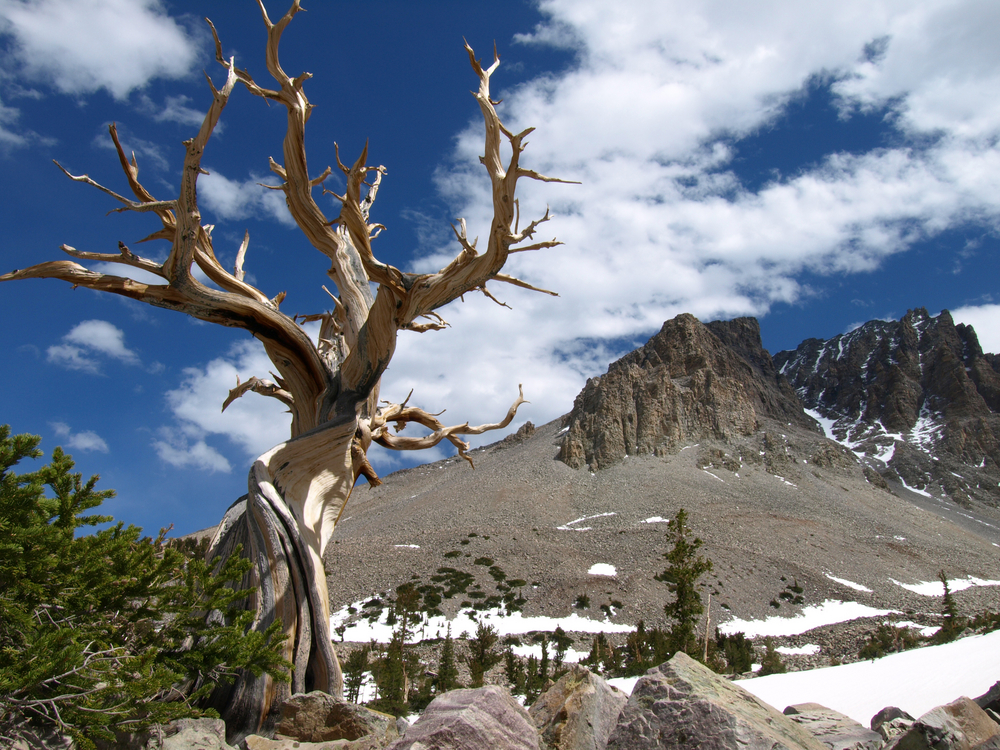 While many different tribes have lived in and traveled throughout the southwest, including the Great Basin, the Fremont Indians have left a rich tapestry in the form of archeological remains in the area surrounding the national park.

While Ancestral Puebloans and other Native Americans in the area enacted a nomadic lifestyle, moving their encampments to follow edible plants and game as the season changed, the Fremont people spearheaded agriculture as we know it today, planting corn, beans, and squash together using advanced irrigation technologies. Additionally, they constructed adobe edifices for long-term food storage, enabling them to stay in one place through winters when growth was scarce.

The Fremont people also utilized a “one rod and bundle” basketry technique unseen in any other Indigenous history, as well as a unique construction of moccasins and clay art and pottery. Although not within the bounds of Great Basin National Park proper, Baker Village, the westernmost known Fremont site, is only a few miles away and well worth stopping at while you’re visiting the park. The village, whose ruins are quite well preserved, is thought to have been inhabited between 1220 and 1295 C.E. Additionally, Fremont rock art, or pictographs, can be found within the park boundaries at Upper Pictograph Cave.

Learning about the Indigenous history of a landscape is just one part of an overall effort to truly respect that land. Along with education, this kind of respect also demands action — action that will ensure the continued preservation and care of the earth for future generations. Reading up on the peoples that first inhabited the park — or any park or city in the United States — is crucial to understanding your situation in the larger historical context of a place. Along with write-ups like this one, we recommend checking out Native Land, which gives you the opportunity to see whose ancestral lands you’re standing on in many different parts of America and across the glove.

As far as paying respect to the land itself while you visit, please check out Leave No Trace. This organization’s seven guiding principles are easy to enact and ensure that visitors to any wilderness leave it as healthy as, or even better than, they found it. Your commitment to minimal impact will be a gift to your children, and your children’s children thereafter — not to mention a nod of understanding and respect to the First Peoples who set the precedent.