Located about 70 miles west of Key West and accessible only by private watercraft, seaplane, or ferry, Dry Tortugas National Park is something of a hidden gem — an absolutely gorgeous land-and-seascape that few people will get to say they’ve had the privilege of visiting.

Given their remote location, these islands were probably not well populated in precolonial times. But the islands and surrounding water today known as Dry Tortugas National park is, like many other parts of Florida, the historic and ancestral lands of the Seminole Indians. 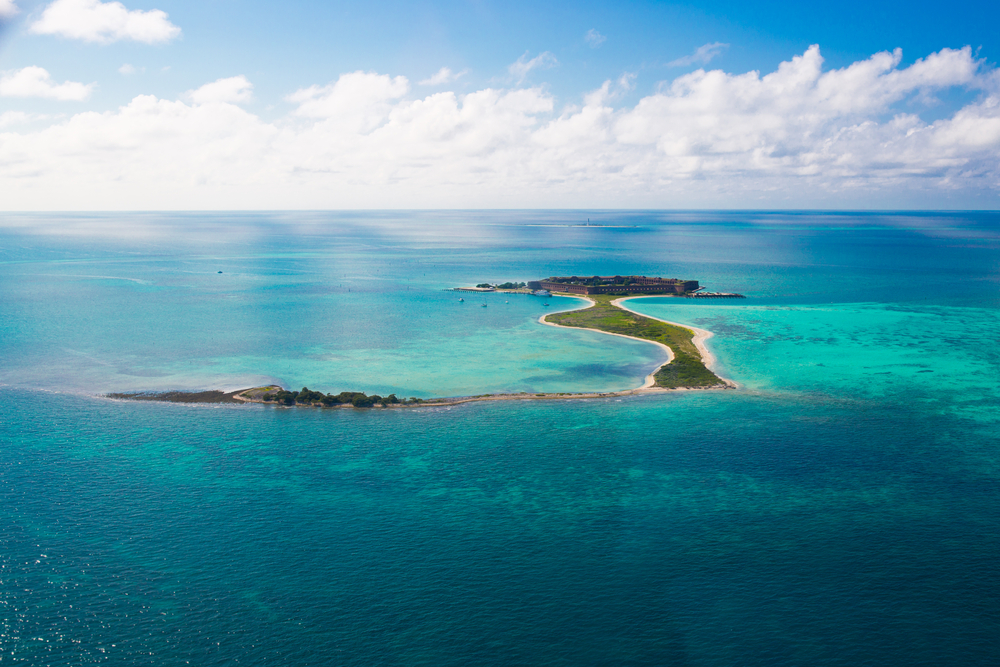 Dry Tortugas National Park is the home of historic Fort Jefferson, a massive but unfinished coastal fortress that was constructed in the late 1800s to take advantage of the unique tactical position of this remote island in the southern waters of America. It’s the largest brick masonry structure in all of the Americas.

Although not much publicly available writing has been done on Native American inhabitation on these islands, archaeologists are still studying artifacts found in the waters surrounding the islands, and we know that Seminole Indians lived all along the Florida peninsula for thousands of years.

The Seminole people both historically and currently engage in many important traditional rituals, such as the Green Corn Dance, a four-day-long ceremony involving both festive dancing as well as feasts and fasts, and also consume ritual black drink and tobacco. The Seminole tribe gained federal recognition in 1957, and there are about 12,000 enrolled tribal members living today.

Paying Respect to the Land, the Water, and Its Stewards

Visiting a place like the Dry Tortugas is truly a once-in-a-lifetime opportunity — and it’s an experience we should cherish and respect. Additionally, the land itself (and, in this case, the blue waters surrounding that land) deserve our respect and our recognition of the people who have long stewarded these places before we got to them.

As a visitor, particularly one of colonial descent, educating yourself about the Native American and Indigenous histories of a place is an excellent first step. Along with reading articles like this one, you can utilize resources like Native Land to learn more about whose ancestral home you’re walking around on, both in our national parks and our cities (as well as cities the world over).

Finally, no matter where you’re exploring, always remember to pay attention to the tenets and principles of Leave No Trace, such as avoiding leaving trash in an area or building a campfire in a new place that hasn’t already been scarred by previous campfires. By acting intentionally and respectfully, we can help ensure these areas stay healthy and vibrant for many future generations of visitors and inhabitants, both human and animal.