Biscayne National Park truly is a standout among the many NPS-managed sites in our country: unlike the vast majority, most of this park is underwater.

But it wasn’t always — and as visitors boat, snorkel, and SCUBA dive on and beneath the water’s surface, they’re hovering over a treasure trove of important ancient stories, the key to understanding a time when the world looked very different. 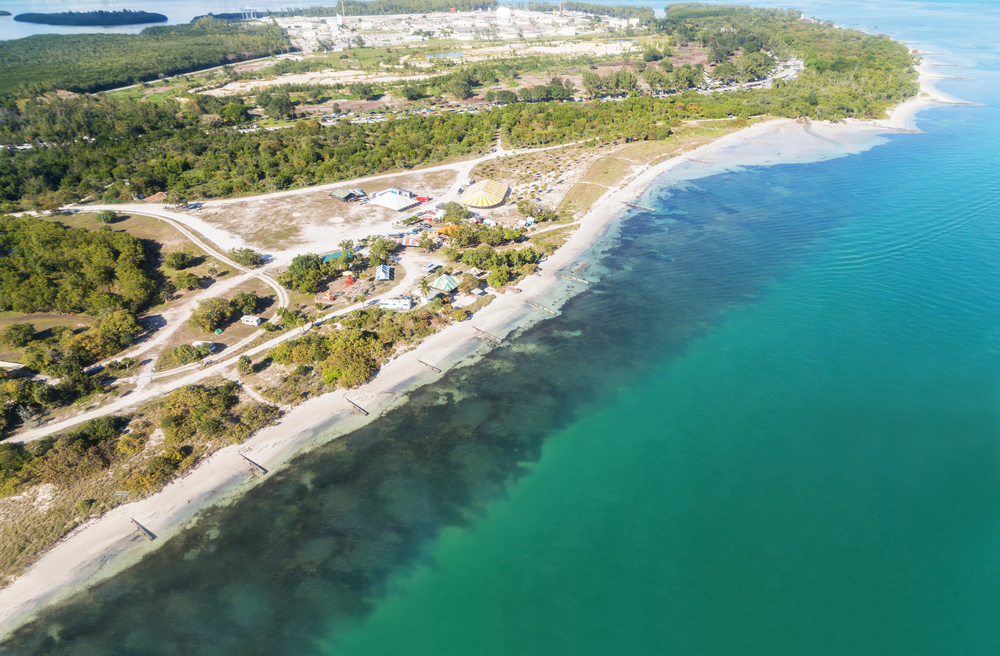 The story starts about 10,000 years ago, during what is today known by archeologists as the Paleo-Indian Period. As the world warmed following the end of the last ice age, Native Americans migrated down the length of Florida’s peninsula — which was then twice the width it is today.

Though most of that “extra” land today lies under the waves of the Gulf, much of the landscape beneath present-day Biscayne National Park was exposed, too. Researchers have reason to believe that this area was a vast, dry, grassy savannah, where nomadic Indigenous people hunted mammoths and mastodons.

Of course, then as now, a warming earth meant rising oceans — and over time, Biscayne Bay was filled up with seawater. There exists a large gap in the record of Native American evidence here, possibly because much of it is today submerged under the turquoise waters that draw so many visitors to this park each year. It’s a place rich in promise for archeologists hoping to learn more about early American peoples.

By approximately 500 BCE, Native American cultures had begun to settle on what is still today the Florida mainland, leaving behind middens, or piles of conch and whelk shells, which give archeologists clues into the past today. Native American tribes began to separate from each other and become more distinct, and many of today’s Tequesta Indians are descended from the people of this period.

The Tequesta Indians had a special advantage over many other tribes of the time, who had begun to focus primarily on agriculture as a means to sustain themselves. Instead, these southeastern Florida natives took to the waters to feed themselves on shellfish and finned fish alike, which gave them more time to produce art and create complex social structures like religion. One of the legacies they left behind: the Miami Circle, also known as the Brickell Point Site, which is today thought to be the footprint of a structure built for ceremonial purposes.

Of course, European colonizers began to arrive on what is today Florida’s soil in the 1500s, and only 200 years later, this vast and storied culture was mostly wiped out by diseases like smallpox and measles.

However, other Native American Florida tribes, such as the Seminole and Miccosukee, are still present and recognized in the state today.

Paying Respect to the Land (and Sea)

Visiting any national park property — and truly any land in the entire United States — is always a study in untold histories, especially given the European skew most of us had in our high school history classes. Today, historians and writers are working to bring important ancient narratives to the forefront. We appreciate you taking the time to educate yourself by reading posts like this one, or the information available through the NPS itself.

What is today the landscape surrounding Biscayne National Park is land historic to the Tequesta, Taino, and Seminole people. You can always check whose stolen land you’re standing on by plugging your location into Native Lands.

Finally, please remember to follow Leave No Trace principles whenever you’re traveling and camping, ensuring the land stays healthy and available for many future generations to come. These simple steps, such as only building campfires in specific, designated areas and packing out all the trash you pack, really make a difference in the long run — and are a way to pay respect to the peoples who have stewarded this land (and sea) since time immemorial.