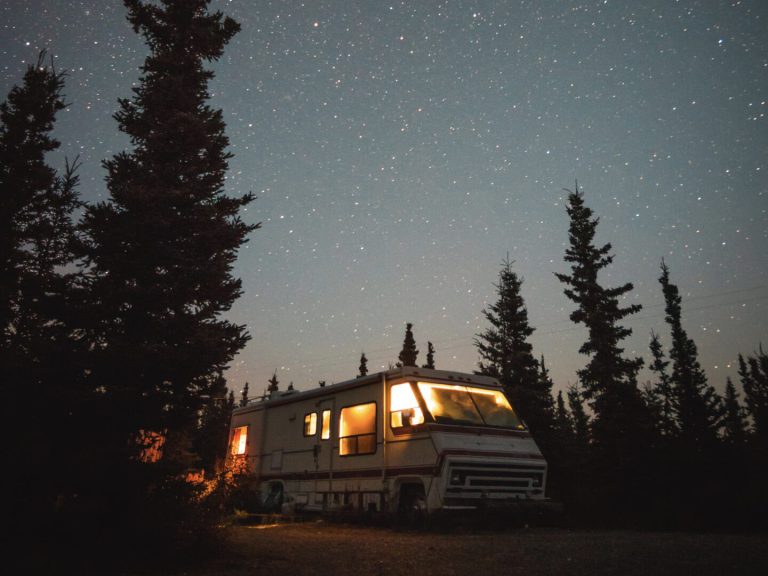 RV camping is an amazing experience that really allows you to feel free. That said, there are still some unspoken rules within the RV community that all campers should make a point of following. Some of these include things like, “don’t run your generator late at night” and, “avoid walking through other people’s campsites”. Perhaps the most important unspoken camping rule of them all is the “leave it as you found it” rule.

Unfortunately, not everyone is aware of this rule, and even those that are don’t necessarily follow it. This causes a whole host of problems—not just for those camping in that moment, but also for the local wildlife and future campers.

Not sure what the “leave it as you found it” rule is or why it’s so important to follow? Read on!

What is the “Leave It as You Found it” Rule?

The “leave it as you found it” rule is one of those unwritten and often unspoken rules that we think should be common sense. It simply means that you should leave outdoor spaces exactly as you find them.

For example, if you were to go out on a hike, you would make sure to pick up your granola bar wrapper and carry it to a trash can. Likewise, those who go fishing should make sure they don’t leave behind any lures, hooks, or other odds and ends. Campers must also make sure they pick up all of their trash and gear, and everyone who spends time in the great outdoors should leave the plants, animals, rocks, and sticks right where they are (unless moving them is absolutely necessary).

Following the “leave it as you found it” rule has several benefits. These include protecting the environment and keeping campsites beautiful for the next campers—both excellent reasons to use common courtesy and follow this simple rule.

How This Rule is Being Broken

Unfortunately, this rule is being broken left and right. In some cases, this is likely due to lack of education. If people don’t understand the damages caused by their actions, they may not feel inclined to put forth effort when it comes to cleaning up after themselves. That said, there are some individuals who just don’t care.

Either way, the result is the same. Government lands that were completely raw and natural just a year or two ago are being covered with litter. Dirt bikes and ATVs are leaving tracks on the once-unscathed ground. Animals are being tangled in garbage. Carvings are being discovered in rocks and trees.

In short, the magnificent beauty that was once provided by nature is being ruined right before our eyes.

Clearly this is a problem, as it means habitats are being destroyed, the lives of local flora and fauna are put in danger, and future campers won’t be able to enjoy the beauty that was once available to all.

The “leave it as you found it” rule has always been an incredibly important one. That said, in recent years, the rule has become more important than ever.

There are two reasons for this:

As mentioned above, this rule is in place to help protect wildlife. Since we have been losing plants and animals at an alarming rate in recent years, the goal of protecting the environment has become an even more important one. In turn, this rule has become more important than ever, as it is our job to turn things around before it’s too late.

The second reason this rule is more important than it ever has been is, perhaps, a little less important to the world as a whole, but very important to the camping community. You see, because dispersed camping areas have seen so much abuse recently, we are starting to see fewer and fewer spaces open for dry camping. Soon, it could be that dispersed camping privileges are taken away entirely. The one way to prevent this is to start taking the “leave it as you found it” rule more seriously.

How You Can Help

Obviously, nobody wants to see wildlife suffer. Additionally, most RVers will agree that they don’t want to see the end of boondocking. Therefore, you might be looking for ways you can help.

As you might’ve guessed, one thing you can do is follow the “leave it as you found it” rule in every single scenario, even if it means putting in a bit of extra effort. That said, if you wish to take it a step further and help out even more, you might consider cleaning up after others.

By carrying gloves, a trash bag, and a trash picker on all of your outdoor adventures, you can make a point of cleaning up any litter found along the way, leaving the space even cleaner than you found it. This helps the local flora and fauna, and might even help you (and other campers) retain your rights to camp on government-owned lands.

Tips for Boondocking With the Whole Family

There are a lot of fantastic things about RVing. One…

We love that RV camping allows us to wander anywhere.…

Tips for Picking the Best Campsite for Your RV

As a new RVer, you might find that one of…