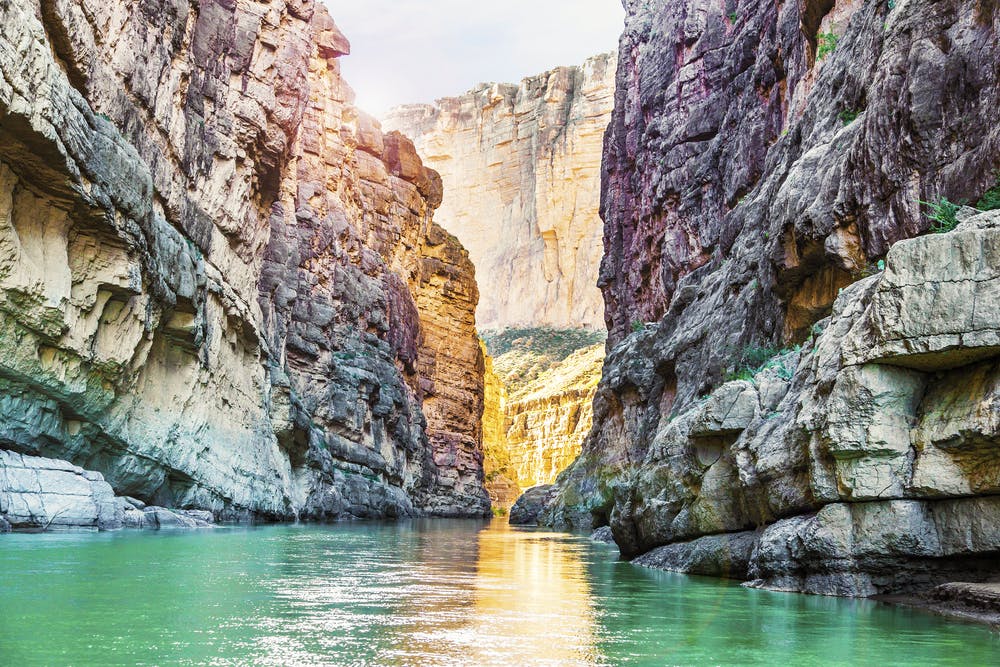 Four-and-a-half hours southeast of El Paso, Big Bend National Park is an adventurous West Texas destination for kayakers, hikers, and mountain bikers. The 801,000-acre park at the U.S.-Mexican border was named after a bend in the Rio Grande River, which separates the two countries. The terrain includes, of course, the majestic river, but also mountains, canyons, deserts, and several thermal hot springs. The highest point is Emory Peak, located 7,832 feet above sea level in the Chisos Mountains.

When planning your visit, be aware that Big Bend is known for extremes in weather, varying drastically from season-to-season and even day-to-day. But it’s rare that a storm will ruin your visit -- even during the rainy summer season, the park generally only gets 2 inches of rain per month.

Because it is one of the most remote national parks in the continental U.S., only a few small towns surround Big Bend, including Lajitas, Study Butte, and an actual ghost town called Terlingua. With a population of 430, the village of Marathon is actually the biggest nearby “city,” although it’s about a 40-minute drive from the park’s entrance.

Some of the region’s most popular events pay homage to the area’s proximity to Mexico. On November 2 most years, people flock to the historic cemetery in Terlingua Ghost Town to celebrate Dia De Los Muertos, or the Day of the Dead. Then, on December 1, the party moves to the town of Marathon, where locals and visitors celebrate the annual Fiesta De Noche Buena to usher in the holiday season with dancing, caroling, and an outdoor tree lighting.

Inside the park, the National Park Service also offers a wide variety of programs for visitors including guided walks from rangers. Those who prefer self-guided activities can enjoy bird-watching, hiking, bicycling, fishing, and horseback riding. And for a truly unique experience, don’t forget about stargazing -- Big Bend has the least light pollution of any other national park within the continental U.S. 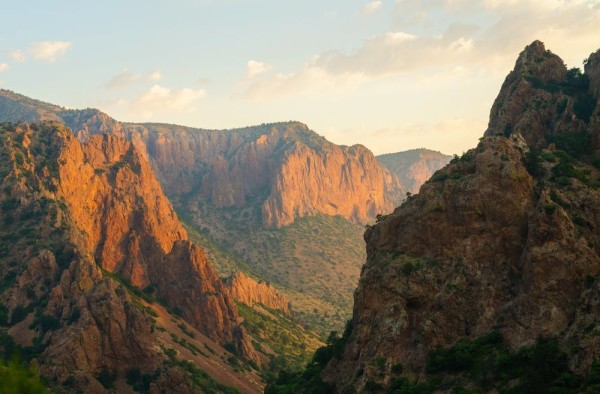 Hiking in Big Bend means you get your pick of hikes in the desert, up in the mountains, or alongside the river. The vast changes in terrain give hikers plenty of variety when choosing which trail to take on any given day. Whether you’re a serious trailblazer or a total beginner, there’s bound to be a day hike that fits what you’re looking for.

Here, we’ve chosen what we think are the best hikes around Big Bend. For a full list of trails, check out the National Park Service’s list here. 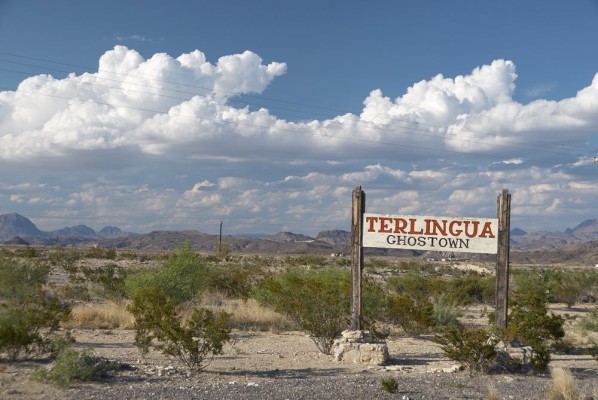 Things to do Outside Big Bend National Park

A trip to Big Bend National Park is the perfect opportunity to enjoy the area’s unique blend of Texan and Mexican culture. Whether you’re a foodie looking to experience the local cuisine, an art lover interested in the region’s cultural attractions, or a shopaholic searching for a great souvenir, here are our top recommendations around Big Bend.

The park service also operates the Rio Grande Village RV Campground, which has 25 sites with full hookups for water, electrical, and sewer. The RV park takes reservations for 20 of the sites, while the remaining five are available first come, first serve. 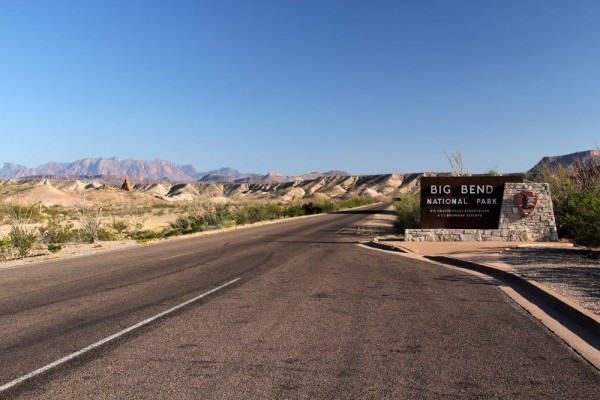 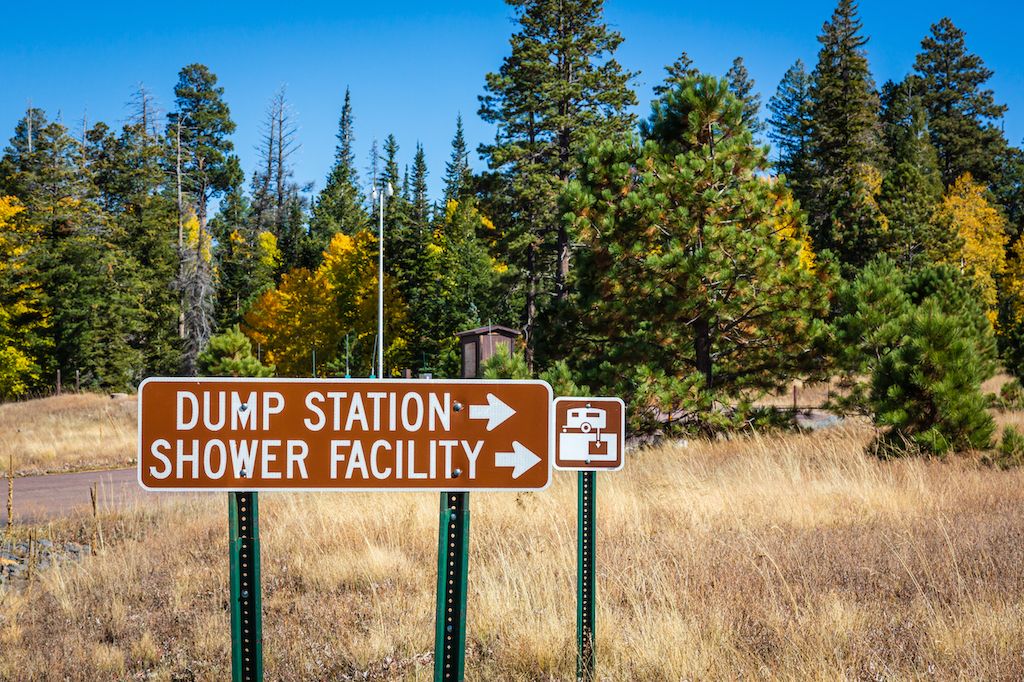 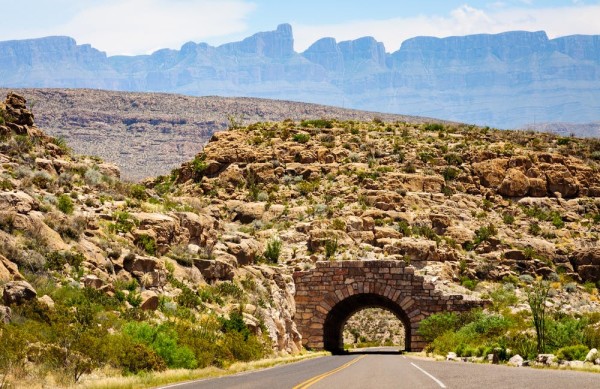 How to get to Big Bend National Park

Traveling to Big Bend National Park isn’t the easiest, but once you get there, it’s well worth the trip. That said, planning the logistics of your arrival and departure in advance is crucial.

The closest airport to Big Bend is the Midland International Air & Space Port, which is about 195 miles and a three-hour drive away. The airport is serviced by Southwest, American Airlines, and United and several car rental companies.

The next closest airport is in El Paso, about 287 miles away. The quickest route to Big Bend takes about four hours and 20 minutes by car. The El Paso International Airport is serviced by Allegiant, American Airlines, Delta, Frontier, Southwest, and United, as well as several car rental companies.

Due to the remote nature of Big Bend, many visitors prefer to travel by RV. Renting a motorhome or camper allows you to camp directly in the park while bringing all the comforts of home along with you. Many RVs can be rented for less than $50 a day, making RV rentals an economical -- and fun! -- option. If you’re interested in RV camping at Big Bend, the park offers 25 sites with full hookups for water, electrical, and sewer, plus several other primitive roadside campsites. For more details on the National Park Service’s policies about RV camping, check out their page here.

Pets are allowed at Big Bend National Park. However, out of concern for the park's wildlife, pets are only allowed in certain areas. Pets are not allowed on trails, off roads, or on the river within the park boundaries. Your pet can only go where your car can go.

Pets also can't go into Mexico at the Boquillas Port of Entry.

Pets must be leashed or caged while they are in the park.

Are there designated camping spots in Big Bend National Park?

What is the climate of Big Bend National Park?

The climate at Big Bend National Park is semi-arid. The park is hot in summer and can often be above 100 degrees Fahrenheit in the desert, although it is ten to twenty degrees cooler in the Chisos Mountains. Rains from May to September can cause flash flooding. Autumn is mild, and in winter snow is rare although temperatures can dip below freezing.

Big Bend National Park has several visitor centers, trails, and campground sites that are accessible to disabled visitors. Chisos Basin Campground and Rio Grande Village Campground each have an accessible campsite and many other sites are flat and able to be used by people in wheelchairs. Restrooms at these campsites are also accessible.

Big Bend National Park covers 1,252 square miles, or 801,163 acres large. It includes desert lowlands and all of the Chisos Mountains, along with parts of the Rio Grande.