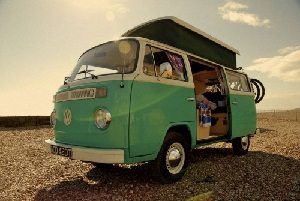 The Volkswagen (VW) camper van has been around for a long time. Since the end of World War II this iconic vehicle has spawned several generations. Unfortunately, the last one rolled off of the assembly line in January of 2014.

Want to know how this van became so iconic? Check out this brief history of the incomparable VW camper van: 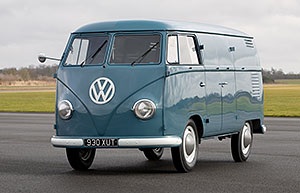 Believe it or not, The Type 2 Camper Van had humble beginnings. It was created to carry car parts around a humongous VW factory in Britain.

Before its invention, manufacturer used stripped down VW Beetles for this task. In 1947, a Dutch VW importer, by the name of Ben Pon, came up with an idea for a van based on the Beetle. A mere two years later, the concept (an alternative to a cart and horse) was released at Geneva Motor.

Out of this concept, the first VW camper van was born. In the beginning, it was simply a 170 cubic ft box built on a four-wheeled chassis. Over the next few years, Volkswagen expanded on this concept and came up with almost a 100 different body combinations with a variety of uses including the camper van, pick-ups, ambulances, fire engines, and more. 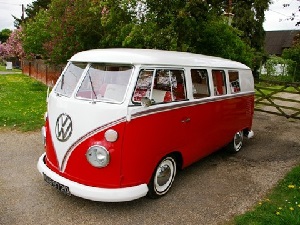 The ‘Splitty’ or split window model VW camper van, was released in 1949. It is still one of the most popular models to this day. In fact, one of these vans, in good condition, can cost as much as $50,000.

VW manufactured the ‘Splitty ‘, or as they are officially known, the Type 2, until 1967. The first of its kind, the Bulli, was released as a Kombi and Panel van in 1949. They also released the Microbus one year later. 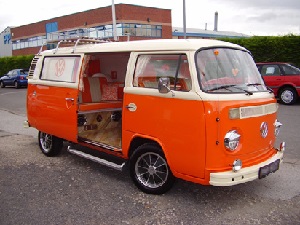 The Bay (an evolution of the Type 2) replaced the ‘Splitty’ design in 1967. Improvements included:

The Bay Camper Bus model rolled off of the assembly line in 1975. Although it had many of the same features are the Bay, the Bay Camper Bus had a different bay window design. This model soon gained a huge following among those who wanted to use it as a camper van or mobile home.

The new design of the Bay Camper Bus also proved to be an inspiration for several different companies. They configured the vans for more storage space and so that the drivers could cook and sleep in them. They also created elevating roofs that could sleep more than 5 people. By 1975, the Hanover factory had released 4 million of these types of vans. 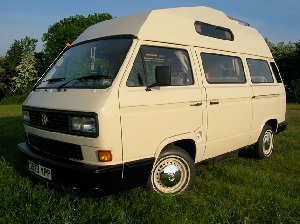 VW stopped producing the Bay window bus and replaced it with the T25 in 1979. They also released the T4 and T5 models. Although these models didn’t become icons like the Splitty, they were wildly popular. 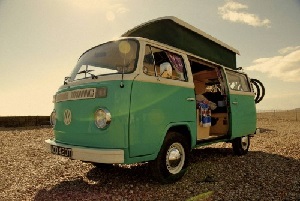 After almost 70 years, the VW camper van was retired in January 2014, mainly because VW was no longer able to adapt it to keep up with the safety regulations of the modern age. Despite being discontinued, the camper van is still a popular vehicle. You can expect to see these vehicles on the road for many years to come.

What do you think of the VW camper van’s distinguished history? Do you own or wish to own one of these iconic vehicles? Share your thoughts in the comments below.

As summer rolls around, many of us are itching to…

Spring into early Summer is one of the most gorgeous…