Nestled just south of the elbow crook of inland California, Yosemite National Park is truly a dramatic and dynamic landscape: towering rock faces, plummeting waterfalls (including the tallest in North America, rushing rivers and dense thickets of forest make this a worthy destination for any traveler — so it’s no surprise that the park regularly sees more than four million visitors per year. From epic hiking and backcountry camping opportunities to milder to-dos like scenic drives and picnics, Yosemite offers a refuge for the modern explorer, a place to truly feel like you’ve gone into the wild.

Of course, such a wild landscape has a wild history, and one that’s all too often unheard by contemporary visitors. The landscape today known as Yosemite Valley sits on the ancestral and historic lands of the Numu (Northern Paiute) Me-Wuk (Southern and Central Sierra Miwok), and Western Mono/Monache peoples, and has been traveled through by various other Indigenous peoples since time immemorial.

Here is just a small part of that important history. 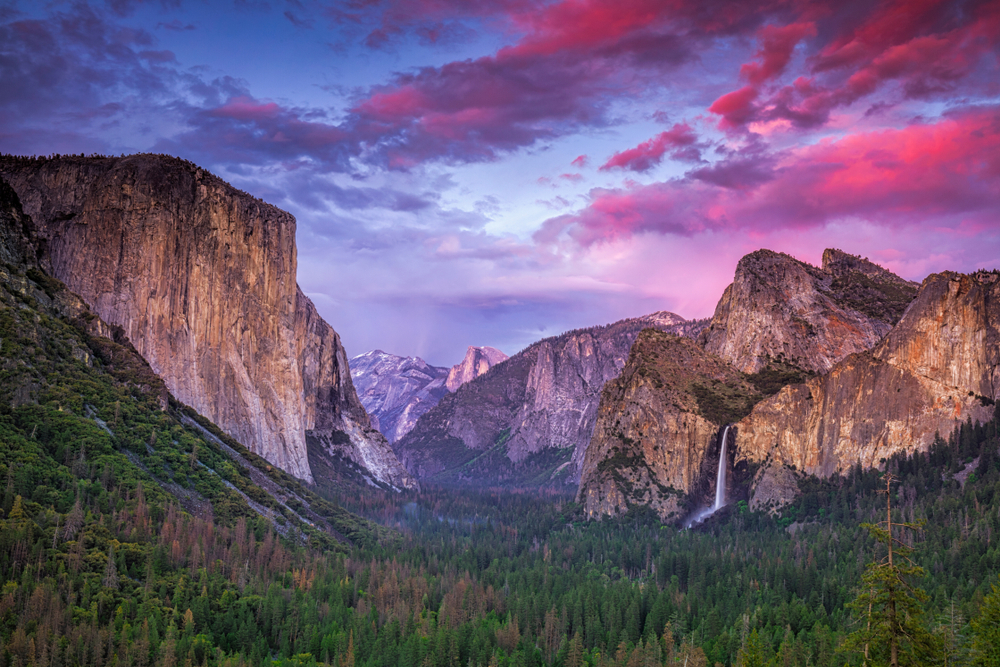 Human beings first inhabited the landscape we know as Yosemite National Park more than 10,000 years ago, as the end of the last Ice Age rendered these places dry and relatively accessible. The lush Yosemite Valley supported many different types of edible plants as well as animals, which ancient Paleo-Indians hunted and foraged as they made their way through their nomadic lifestyles, traveling as the seasons and resources allowed and called for.

Later, named tribes including the Paiute, Sierra Miwok, and Monache peoples came to populate these landscapes, also enacting a hunter/gatherer lifestyle. Each tribe had (and has) its own unique cultures and customs — for example, the Northern Paiute would band together with neighboring communities to go on communal hunts for rabbits and pronghorn, while the Monache people get their name, which means fly people, in part from their propensity to eat (and trade with) fly larvae.

Still, all these Native Americans had in common the ability to live alongside and with the land rather than on and of it, finding ways to utilize its resources without ever taking too much or otherwise endangering the ongoing health of the landscape. Woven baskets and other artifacts have been found as part of archeological studies, giving researchers a window into the lifestyles of these tribes, not to mention the rich tradition of oral history that keeps their ancient stories alive.

Understanding the impact and importance of Native American life on this beautiful landscape is a critical part of fully seeing and experiencing it for yourself, so along with this write-up, we recommend checking out resources available from the National Park Service itself, including any interpretive events they might be offering on the topic during your visit.

Educating ourselves about the Indigenous history of a place is a wonderful way to get started on the project of paying respect to the land. But after that education comes physical action.

As travelers in a place that has been so well cared for, for so long, by so many people, it’s critical that we take up the mantle of stewardship ourselves and find ways to continue the practice as we visit. After all, it’s only due to their hard work that we get to experience these places for ourselves, and we owe it to future generations to ensure they get the opportunity, too.

One of the best ways to ensure you’re traveling as lightly as possible on any given landscape is to enact the seven Leave No Trace principles, which are an easy-to-reference, codified way of making sure you’re behaving in low-impact ways. Although you can read about them in more depth at the Leave No Trace website, here are the seven principles in brief:

Additionally, remember that you can always check out the free online web app Native Land to learn more about whose ancestral lands you’re inhabiting, whether you’re at home or abroad.

Enjoy your time at Yosemite National Park — and all the other travels you take! No matter where the road takes you in America, you’ll wind up on land with Indigenous history. We so appreciate the time and energy you take in educating yourself about these important stories.