Anyone who’s visited has no doubt as to why John Denver wrote about the “Rocky Mountain high” — and Rocky Mountain National Park is the perfect place to experience that elation. And it’s no secret: more than 4.6 million visitors made their way to this beautiful stretch of mountain country in 2019, taking to the park’s many hiking trails, streams, rock-climbing opportunities and more.

But as is true of all preserved landscapes in the United States — and well beyond — the land we call Rocky Mountain National Park today has a history that far outstrips what the western imagination and memory can recall. This landscape is the historic, ancestral homeplace of a variety of Indigenous Peoples and Native American tribes, including, but not limited to, the Ute, Cheyenne, and Arapaho people. 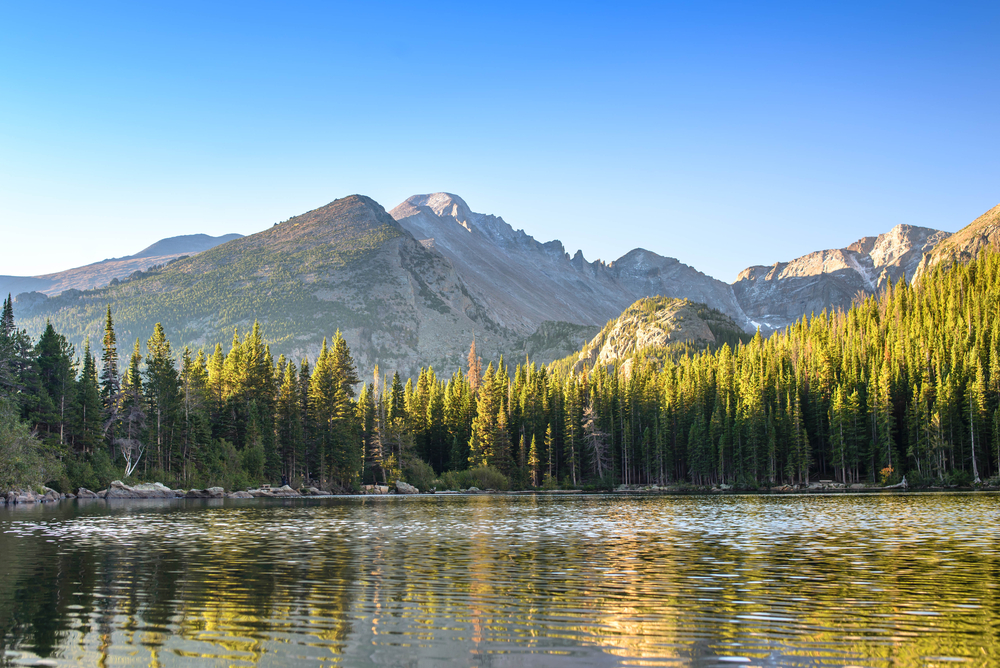 The Native American history of the Rocky Mountains reaches back much further than western expansion, at which point westerners encountered members of the tribes listed above. Archeological evidence points to human inhabitation and travel through the Rockies as long as 11,000 years ago.

The Ute, Cheyenne, and Arapaho tribes have all lived across the Great Basin and Great Plains for centuries, forging a lifestyle that worked in concert with the land. Like other Indigenous tribes, these people sustained themselves on a hunter-gatherer lifestyle, which often required traveling great distances in order to follow food sources like herds of bison and where edible and medicinal plants were in season. Native Americans were able to source every item they needed for daily life, from food and medicine to clothing and shelter, from the natural resources around them — without over-using those resources, and while maintaining respect for the spirits of the living things they were utilizing.

As time went on, Native American people began to create more permanent settlements, spearheading the agricultural processes and animal domestication that is necessary to stay in one place for longer periods of time. Although these tribes were separated by unique languages and cultural practices, they maintained trade relationships and allyships — particularly the Arapaho and Cheyenne people. The descendants of these tribes still live in the lands surrounding the national park, and far beyond, today.

Educating ourselves on the Indigenous history of the landscapes we visit is an important first step toward paying respect to both the land itself. After all, these places were under the care and stewardship of Indigenous peoples for centuries before westerners ever showed up — and those First Peoples offered an excellent precedent for how to live alongside the land, relying on it but not overusing its resources or taking advantage of its generosity.

No matter where you are in the United States (or beyond), you’re standing on land with thousands of often unheard stories; you can always check out whose ancient stomping grounds you’re occupying by navigating to Native Land, which also provides links out to the websites of the contemporary tribes with historical connections to each place.

But keep in mind that such education is truly just the first step: we must also take up that stewardship that was so well demonstrated to us as our own mission. These lands are the responsibility of everyone who’s lucky enough to experience and share in them, and that experience comes with important obligations.

Paying respect to the land as a visitor is a different task than paying respect to the land as a resident — though taking up sustainable and green practices at home is also imperative. When traveling, we recommend checking out Leave No Trace, which codifies light-impact practices into easy-to-follow principles, such as packing out all the garbage you pack in, leaving all natural artifacts and items where you find them, and camping, hiking, and campfire-building only on durable surfaces.

We hope this Indigenous historical context adds to your experience and appreciation of Rocky Mountain National Park. Enjoy your trip!