Tucked into the southeastern corner of Alaska and drawing more than half a million visitors to its wilds each year, Glacier Bay National Park is truly a destination all its own: although it’s certainly got Alaskan ruggedness and beauty, its oceanic position means it enjoys relatively mild temperatures in both summer and winter, and its versatile landscape means outdoor enthusiasts of all stripes can find their fix along its peaks, valleys and shores.

But the land that is now known as Glacier Bay National Park has a much longer and more storied history than western minds can imagine. This 3.3 million acre wilderness is situated on the historic land of the Tlingit Native Americans, who inhabited it since time immemorial. According to Native Lands, Dënéndeh people have also called this place home. 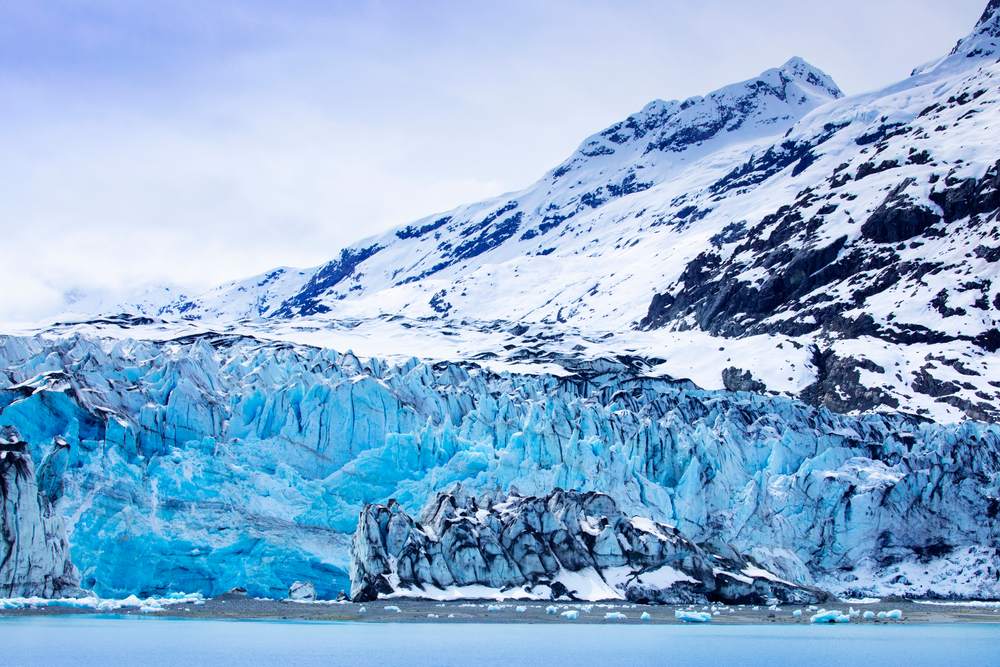 You may wonder how ancient Natives were able to thrive in what can be such an unforgiving landscape. After all, despite its relatively mild temperatures (especially near the shore), it’s still Alaska — and the craggy peaks of Glacier Bay are almost always covered in ice.

The Tlingit people had developed a close relationship with the land featuring both permanent and seasonal settlements, and were able to feed off of both the plant and animal life that thrives in this area, including fish and shellfish. Their name literally translates to “People of the Tides.” However, the changing climate at the end of the Little Ice Age forced them to move across the water to Hoonah, which is situated on the northeastern corner of Chichagof Island. At the same time, western explorers were arriving on these shores and “discovering” them, despite their long-standing existing history.

Descendants of the Tlingit people still live in Hoonah today, and participate in modern iterations of centuries-long traditions, such as the Gull Harvest. Although nothing can restore the imbalance wrought by the eventual colonization and western settling of these lands, the park pays tribute to these often-overlooked histories with features such as the Huna Tribal House, which was blessed by Tlingit tribal elders and children, as well as the stunning Healing Totem Pole, which stands some 20 feet tall and carves a rich historic narrative into yellow cedar.

No matter where you are on American soil, you’re standing on lands that have a much longer timeline than was covered in most U.S. history books a few decades ago — and learning about the ancient peoples who inhabited these lands is a good first step toward more fully understanding our place on them in context.

Additionally, however, we can pay respect to the land by enacting the tradition of good stewardship these Indigenous Peoples set the precedent for for centuries. This includes paying attention to Leave No Trace principles, such as avoiding starting a campfire in a place were campfires haven’t already been set (so as to avoid damaging further flora and fauna), as well as packing out all the trash you pack in. In short: set out to leave a place exactly as you found it, or better, so as to keep it pristine for future generations.

In addition, we always recommend campers seek out Native American narratives and stories while they explore our beautiful national parks; not only is it a worthy history, it also adds a rich layer of meaning to the trip.

Enjoy your time in Glacier Bay, and don’t forget the centuries of history you’re interacting with while you do so!