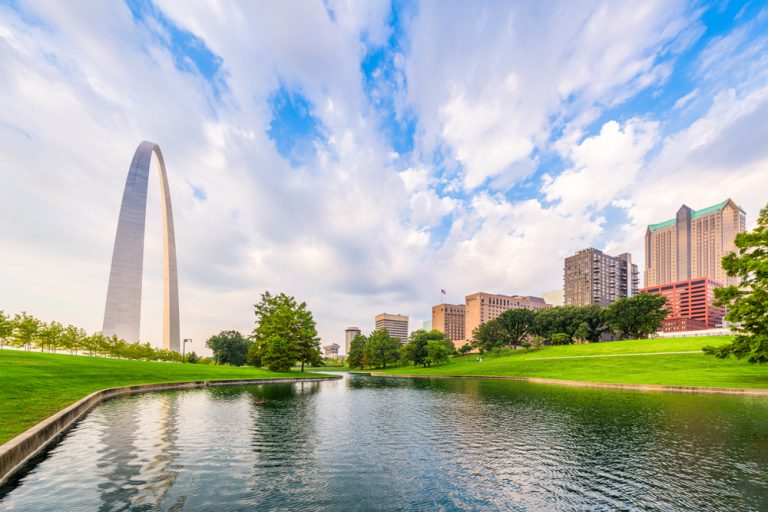 Arcing high into the sky over the Mississippi River, Gateway Arch National Park isn’t like a lot of the other national parks we think of: rather than preserving a beautiful natural landmark, this park preserves a manmade structure meant to mark the gateway to the west.

But like all other parts of America, St. Louis, Missouri has a long and storied history that long outlives colonial narratives. This part of the country is the ancestral and historical home of a wide variety of Native American tribes, including Kiikaapoi (Kickapoo), Kaskaskia, Osage, Myaamia, O-ga-xpa and other nations. 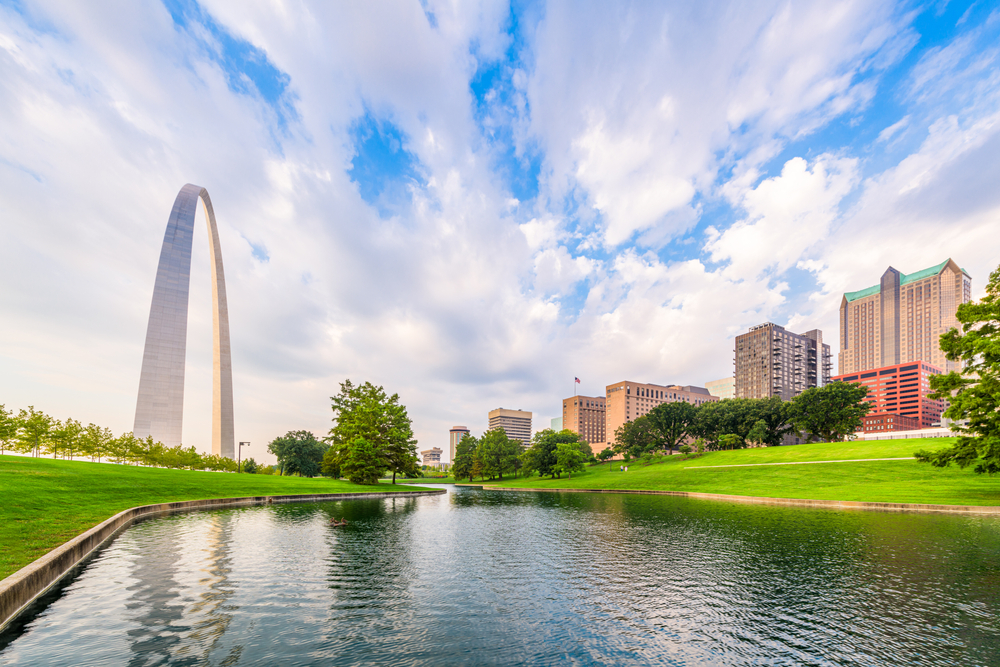 Given its strategic place along Mississippi’s mighty waters, and its geographical situation as the gateway to the great plains and their vast herds of buffalo, it’s no surprise that many Native American tribes called this city and its surroundings home for thousands of years before white men did. And while the Gateway Arch certainly marks an important historical moment — the westward movement of Americans starting with early settlers and extending to today’s road-trippers, a zeitgeist begun in the days of Manifest Destiny — it also symbolizes and personifies the colonization that took both land and life away from so many Native American people who were here first.

As they scrabbled for land and power, western nations like France and Britain signed over huge swaths of the country in purchases and treaties that paid no mind to the people who’d already been successfully and happily inhabiting them for years. So while visitors to this monument pay tribute to the steadfast American spirit, it’s also important to remember whose stories were silenced and cultures were lost in the bargain.

Along with educating ourselves about the Native American history of the places we visit (check out Native Land to learn more about whose ancestral lands you’re standing on, no matter where you are in the United States), it’s also important for us to be good stewards to the landscape, ensuring its health and prosperity for future generations to come. Native Americans have long existed in symbiosis with the land, enacting a reciprocity that is rarely seen in today’s western society. For campers, especially, we recommend checking out Leave No Trace and enacting its principles on your forays into wilderness areas.

Add to Your Bucket List: The 9 Newest National Parks

Some of the best places to visit in an RV…

Looking for something to do when visiting Missouri? Don’t worry,…