While the Grand Canyon might get all the glory, it’s far from the only fantastically sculpted river valley worth seeing — and at Colorado’s Black Canyon of the Gunnison National Park, chances are you’ll encounter far fewer crowds. Designated just before the turn of the 21st century, this, one of the newest national parks in the United States, contains some of the oldest exposed rock in not just North America but the world — and where there’s very old landscape, there’s very old, often underrepresented, history.

The Indigenous History of Black Canyon of the Gunnison National Park 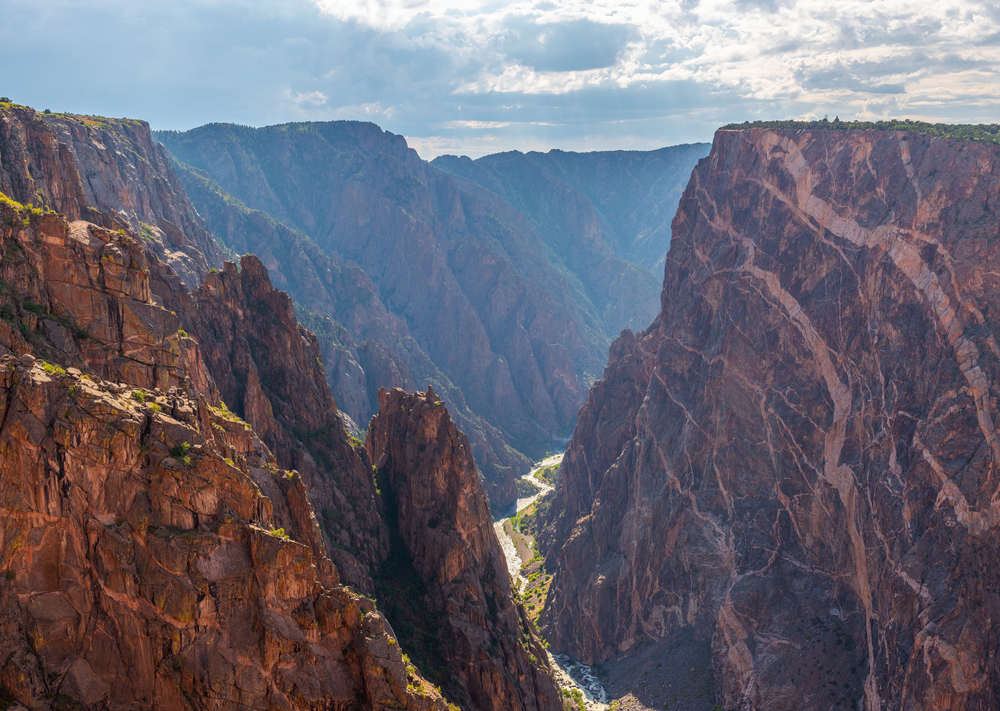 With its steep slopes and rugged desert countryside, the lands surrounding Black Canyon of the Gunnison were not exactly hospitable for long-term living, and while Ute peoples lived throughout the southwestern lands surrounding the canyon, many of them avoided even visiting it or hunting along its rims out of superstition. It is, after all, a pretty foreboding place. Later, the Gunnison River and the canyon itself got its name from one Captain John Williams Gunnison, who led a 1853 survey expedition from St. Louis to San Francisco. He called this land “the roughest, most hilly and most cut up” he had seen, echoing the Natives who had avoided what they named “much rocks, big water.”

Still, the history of colonization changed the shape and legacy of the southwestern United States, chasing out peoples who had called these lands home — and stewarded them — for centuries. The Ute people were a vast and storied civilization whose ancestral lands spread throughout present-day Utah and and Colorado, and who went on hunting expeditions as far as Wyoming, Oklahoma, Arizona and California. There were a dozen historic bands of Ute people, whose customs and lifestyles varied and were often heavily influenced by neighboring people. Ute Indians tended to live in extended family groups of between 20 and 100 people, and used tools like arrows, spears, and netting to capture buffalo, antelope, elk, deer, bear, rabbit, sage hens and beavers. Some also cultivated corn and tobacco, and the peoples also had intricate and beautiful religious and social rituals.

Today, in the wake of colonization, very few Ute people remain, most of whom live in one of three reservations in Utah, Colorado, and part of New Mexico.

Even in a place as dramatic and, frankly, difficult as the Black Canyon of the Gunnison, a thriving human history is in place — one that reaches well beyond the recall of Eurocentric contemporary history. Acknowledging the stewardship and sovereignty of the Indigenous peoples who dwelled in this land before European settlers ever arrived is one of the first steps toward fully understanding the context of visiting such an important and precious place.

No matter where you are in the United States — and in many other places across the globe, too — you can check to see whose ancestral lands you’re standing on at Native Land. Educating yourself about the cultures and customs of the people who cared for these places long before us is also an important way to pay respect to their legacy and the landscape itself.

Finally, we always encourage campers to pay close attention to Leave No Trace principles, such as packing out all the garbage you pack in and camping only in dedicated campsites that have already been used (so as to avoid harming more local flora). In this way, we can ensure that Black Canyon of the Gunnison — and all the other contemporary wildernesses we love so much — are ready for our children to visit, and our children’s children after them.