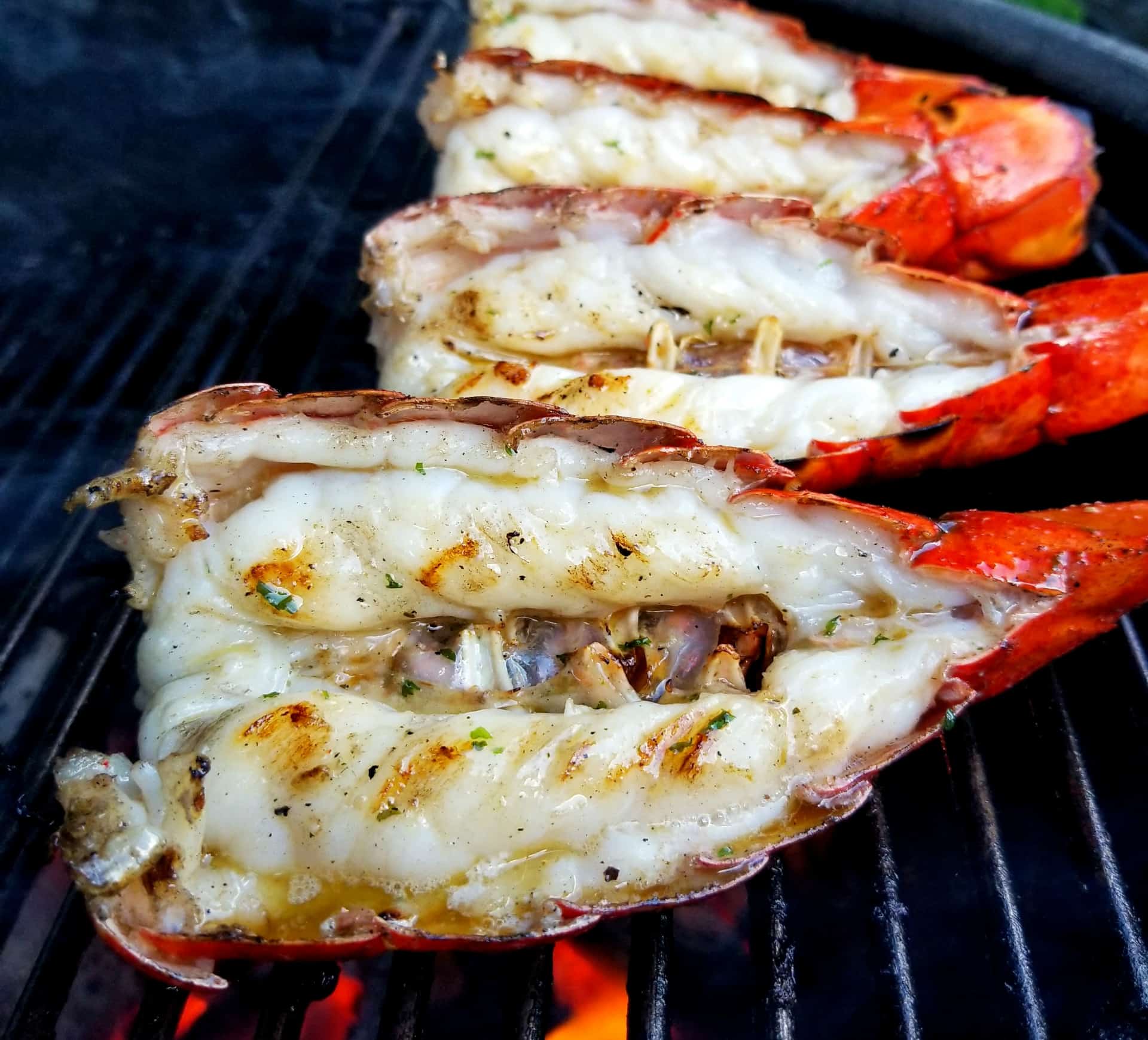 Photos and article provided by LobsterAnywhere.

Part of the RV’s allure is that you get to cook outdoors all the time. The trouble is that people often stick to the same foods—burgers, steaks, and the like. However, a stale menu could impede the whole experience, so it’s important to switch things up a bit.

Lobster is the ideal road food, even though you may not think of it that way. It’s healthy, tasty, and can be prepared on the grill in no time.

However, if you’ve never done it before, grilling lobster might seem intimidating. Some folks wouldn’t dare to try it at home, and let alone in their RV.

The truth is, preparing lobster doesn’t have to be complicated. In today’s article, you will find some simple and effective, RV-friendly lobster grilling recipes.

What Makes These Recipes RV-Friendly? 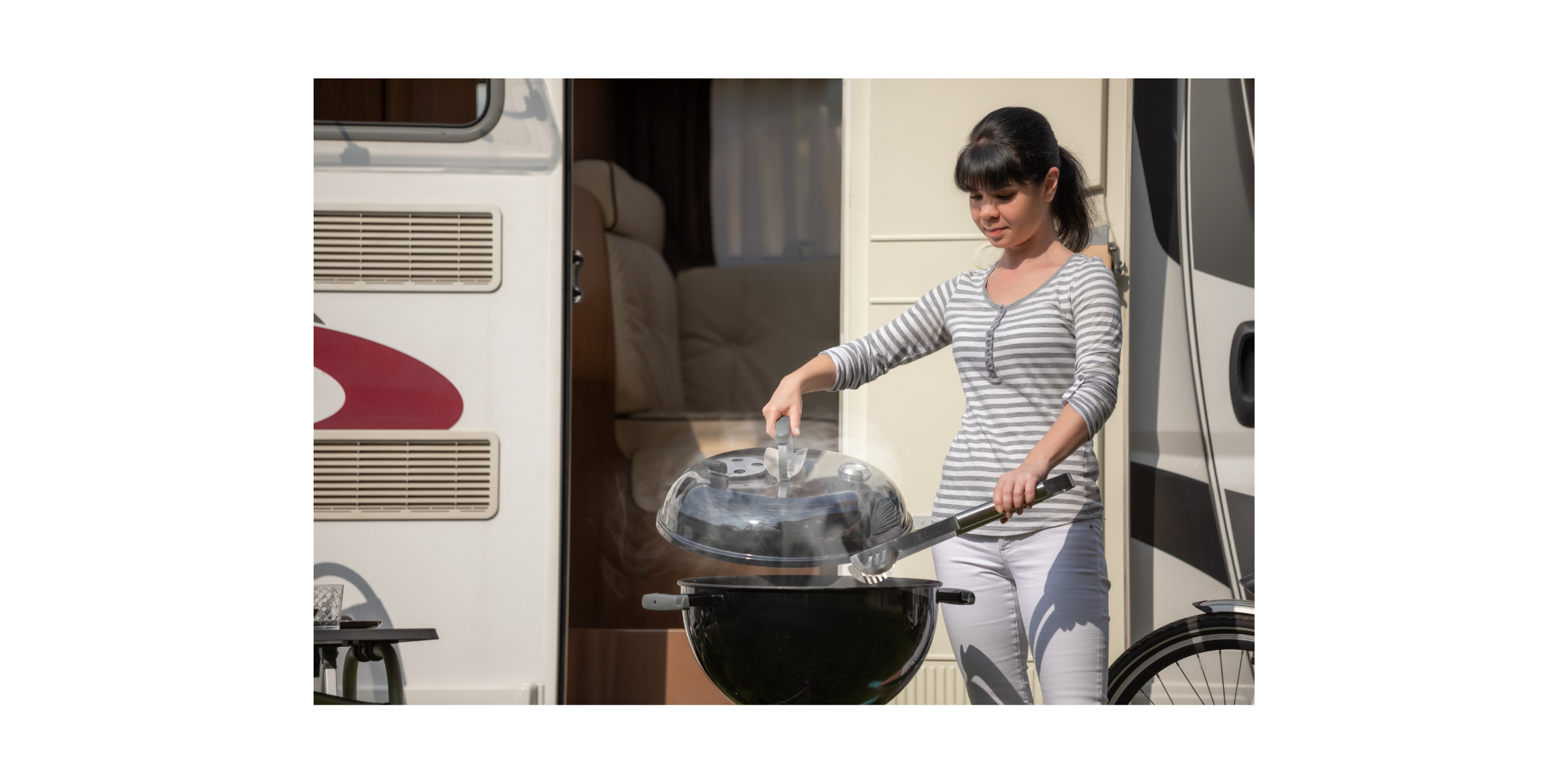 Grilling while on RV

Since an RV doesn’t always offer all the conveniences of an at-home kitchen, the following recipes were adjusted so that preparing them requires minimal equipment. Aside from the grill, either charcoal or gas will do. You’ll also need a pot, kitchen shears, a big knife, and standard utensils.

So, nothing fancy — you already have them for sure.

Also, less kitchenware means less clean-up, which is extremely important when you’re RVing since you don’t always have access to unlimited water. That’s all there is to it, really.

Now, it’s time to check out the recipes.

Lobster Tails: The Ultimate Choice for The Road

When it comes to ease of preparation, nothing can beat lobster tails. This part of the lobster’s body also happens to be the most sought after, which is why you’ll find it pretty much anywhere.

You can buy it frozen at the supermarket then store it in your RV freezer. Buy it fresh if you’re cruising the coast. The following is a recipe that explains how to grill lobster tails wherever you are:

*This step, obviously, goes for only frozen lobster tails. If you bought fresh ones, skip ahead to step 2.

The lobster tails must be fully defrosted before they hit the grill. The best way to thaw them is to let them sit overnight in the fridge.

2. Fire up the grill

Dip a paper towel into a bit of vegetable oil and smear it on the grill rack, or spray it with cooking spray if you prefer. Then light up the grill to medium heat.

Place the tails on a cutting board so that the shell is facing up. Using kitchen shears or a heavy knife, cut the shell and the meat but don’t cut the membrane. Split the tail open.

Squirt a teaspoon of olive oil onto each tail and rub it into the meat. It will prevent the meat from drying out. Add salt and pepper to taste.

WIth the meat-side up, throw the tails on the grill. Make sure to grill them with the lid down for about 5-8 minutes. Flip them once halfway through the cooking.

It is vital that not to overcook the tails, so take extra caution. The meat will look opaque when it’s done.

Place a chunk of butter on each lobster tail and squeeze a bit of fresh lemon juice on top.

Live Lobster – For The Connoisseurs 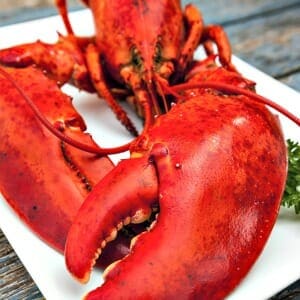 If you’re a real lobster enthusiast who likes to eat the whole thing and likes it fresh, the good news is that you can prepare it on the road, too. It takes a bit more effort than grilling lobster tails, but it’s well worth it.

Now, when it comes to grilling whole lobster, it is only doable with the hard shell variety of at least one pound in weight. Smaller ones will grill too quickly, and the taste will be less than optimal.

With that out of the way, you can proceed to the recipe:

The very first thing that you have to do is boil the live lobsters. Place them into boiling water for around 4 minutes, then let them drain and cool a bit.

With the lobster turned belly side up, cut it in half. Just cut through the shell and meat at once; you want to get two halves per lobster.

Remove the stomach, the dark, gritty sac that lies behind the lobster’s eyes. Then, discard the liver, which is green and soft. Once you’ve taken them out, rinse the lobsters thoroughly with clean water.

Squirt a bit of olive oil onto each half of the lobster and rub it into the meat. Add salt and pepper to taste.

Fire up the grill to medium and lightly coat it with vegetable oil.

Place the lobster halves on the grill, meat side down, and leave them to cook with the lid down. After 4 minutes (at most), lift the lid, turn the meat, and let it grill for another 4 minutes max.

Serve with a slice (or slices) of lemon and a side dish of choice.

Frozen Or Live Lobster – Which Is Better?

Convenience and availability are significant concerns for RVers when it comes to food to bring on the road. That poses the question of whether it is better to buy live lobster or frozen lobster for your RV stocks.

It goes without saying that frozen lobster is infinitely more convenient and easier to find than fresh lobster – especially if you’re traveling inland.

However, if you ever find yourself in a region famous for lobster, such as New England, it would be a pity not to buy fresh.

As far as flavor is concerned, you probably won’t be able to tell the difference between live and frozen unless you are a very experienced lobster eater.

So, the answer to the question above is:

It depends on your location and personal preference.

One more piece of advice:

For those who decide to go with the frozen variety, it might be better to buy it from lobster retailers online than from a supermarket. The chances are you’ll get much higher quality meat this way.

Stock up before the trip, and then thaw, grill, and enjoy whenever you feel like it.

There really isn’t that big of a difference when it comes to grilling lobster, whether you’re at home or on the road. You won’t need a lot of kitchenware for the job, and the entire process isn’t very demanding.

Since grilling lobster tends to be slightly more delicate than grilling meat, it may take a few attempts before you do it right. So, don’t get discouraged easily.

Once you hit that perfect temperature, seasoning, and timing, you will most certainly get hooked on this seafood delicacy.

You can measure a Nomad’s experience like dog-years. There’s just a certain amount of trial-by-fire with this lifestyle, and as…

Photos and article provided by LobsterAnywhere. Part of the RV’s allure is that you get to cook outdoors all the…

Healthy Eating for Children Out and About

Eating healthy with children at sports events, theme parks, or tourist attractions can be difficult. This article gears you up…

6 Easy, Nutritious Recipes To Cook On The Road

Article written by Brooke Kelley, a freelance writer and business journalist from New York City. When she’s not working, you…

Home Chef Makes Eating on the Road Easy (plus a special offer!)

How to Dehydrate Food for Your Camping Trip

When you’re headed on a camping trip, you may want to consider bringing dehydrated food along for snacks and meals….