Sure, you can head to national parks, beaches or the mountains, but when you’ve seen it all, maybe it’s time to check out the “weird.” America has a lot of tourist attractions that are just plain… well, odd. 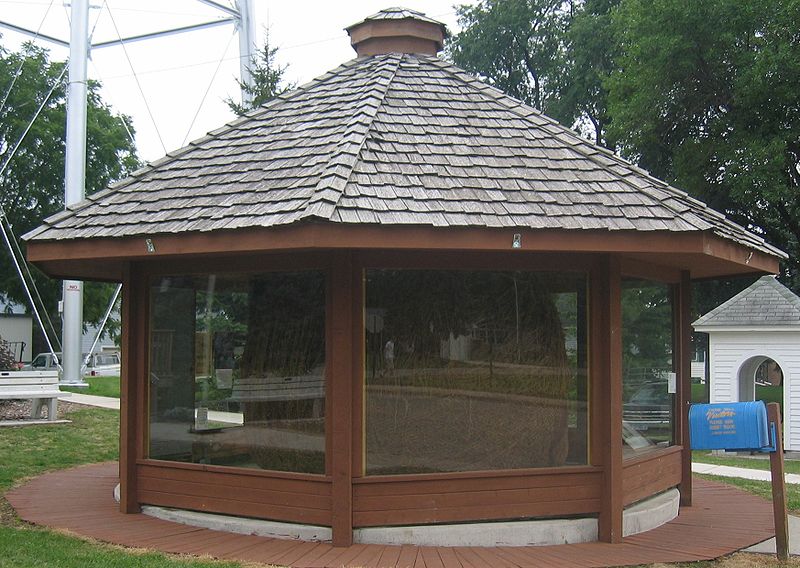 It’s the world’s largest twine ball built by one person in Darwin, Minnesota. Why? Well, it started in 1950, when a man named Francis Johnson started wrapping twine for four hours a day for 23 weeks. We don’t know his motivation, but soon he needed a crane to lift the ball. He continued until he died in 1989, at which point the ball was 40 feet around and weighed 17,400 pounds!

When the Great Depression set in, Ole S. Quammen wanted to employ some locals to help out. So, he commissioned 30 men to scavenge the Great Plains for rocks and fossils. Besides helping to put food on their tables, he took their piles of petrified wood and made them into statues, waterfalls and wishing wells. Today, you can tour the park of ancient wood creations. 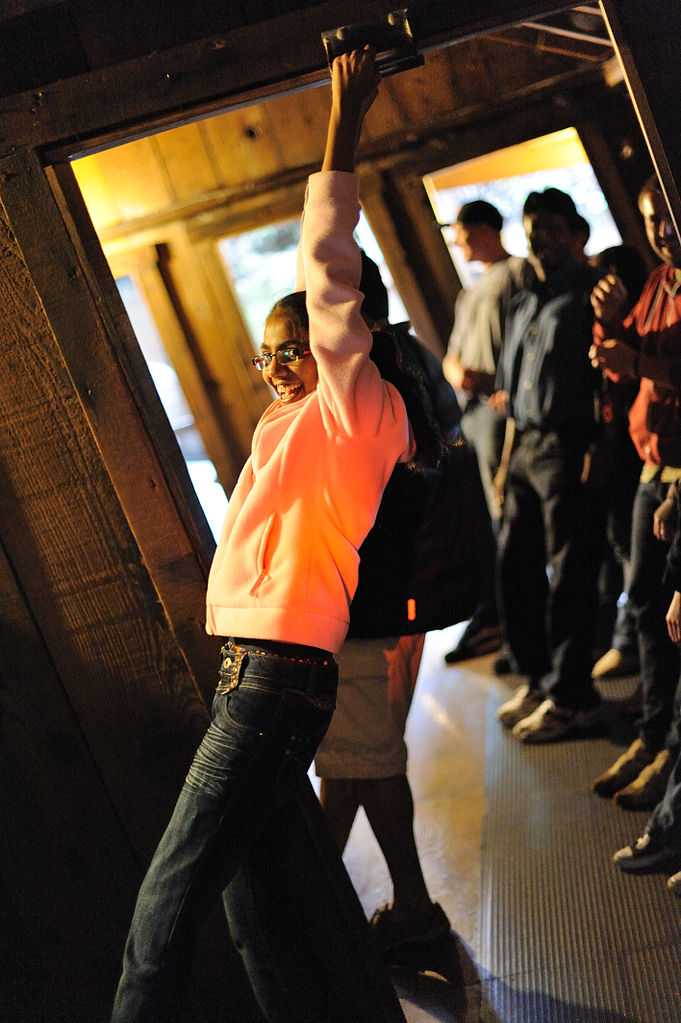 This “House of Mystery” has been around since the 1930’s. What’s so weird about it? Well, it’s slanted. So much so, that brooms stand on their own. Some say it’s the supernatural… others say its an optical illusion… a glitch in the magnetic field. Choose your beliefs and check it out. The house is a fun-house of physics-defying experiments–water bottles roll up hill and visitors seem to shrink or grow with each step. 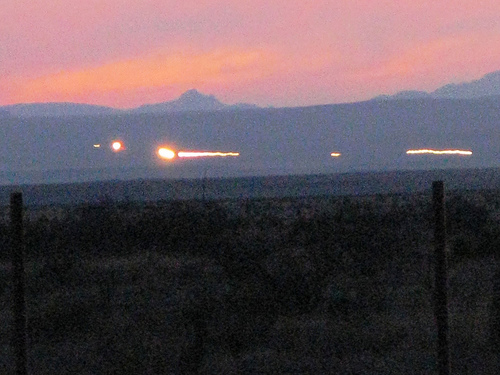 The Marfa Lights have confused scientists since 1883. They are strange yellowish-green orbs that float around Marfa, Texas only on clear nights. Are they car taillights? Alien ships? Or supernatural? Check them out over Labor Day Weekend when locals celebrate the phenomenon. 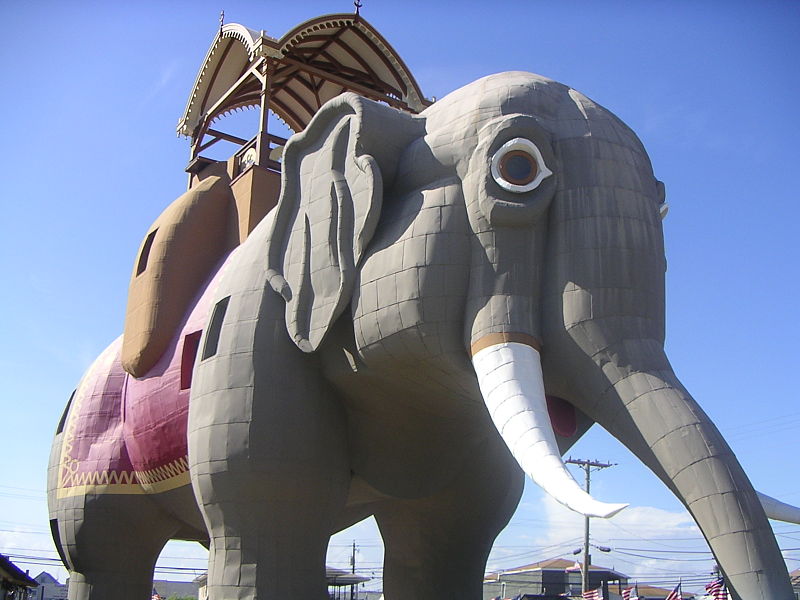 Lucy is a 90-ton, 65-foot-tall wooden elephant overlooking a beach in New Jersey, and basically she’s a 100-year old publicity stunt. A local developer built the elephant, in the late 1800’s, to get attention for his real estate business. Yet, more than a century later, Lucy still stands. She’s survived hurricanes and a lightning strike. She’s so tough and respected, she’s even landed a spot on the National Register of Historic Places.

6. House on the Rock 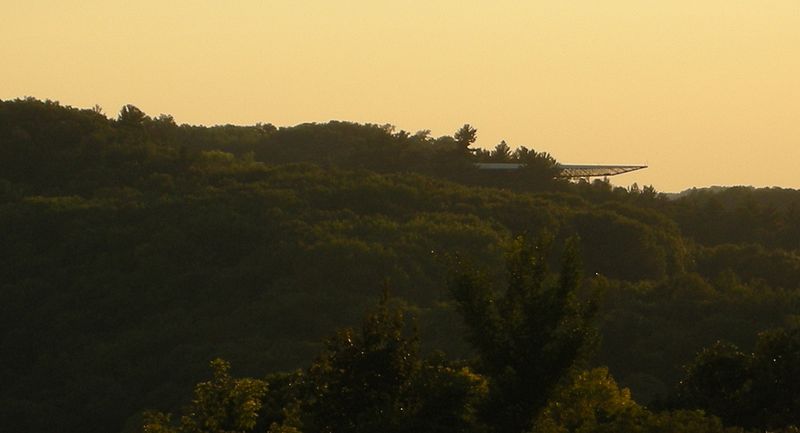 If you like the show “Hoarders,” you may love this Wisconsin house. It’s a Frank Lloyd Wright-style home full of antiques and toys. Built in the 1940’s, it was so odd it began to draw visitors right away. For example, The Infinity Room, a 218-foot-long glass hallway, teeters off a cliff over the Wyoming Valley. The rest of the rooms burst with trinkets, souvenirs and just plain junk. 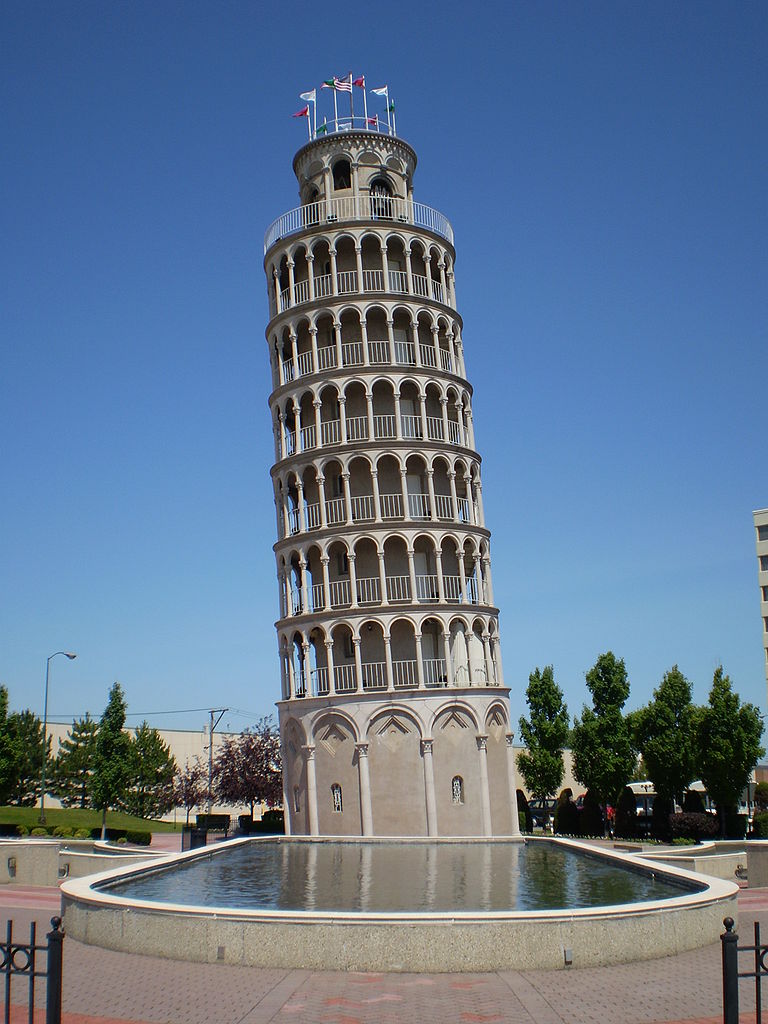 If you’re too broke or too cheap to go to Italy, just drive to Chicago. Northeast of O’Hare International Airport, you’ll find a half-size replica of the Leaning Tower of Pisa. It was built in the 1930’s to celebrate the 600th birthday of the real tower. With its very own “mini me,” Niles is now the sister city of Pisa. 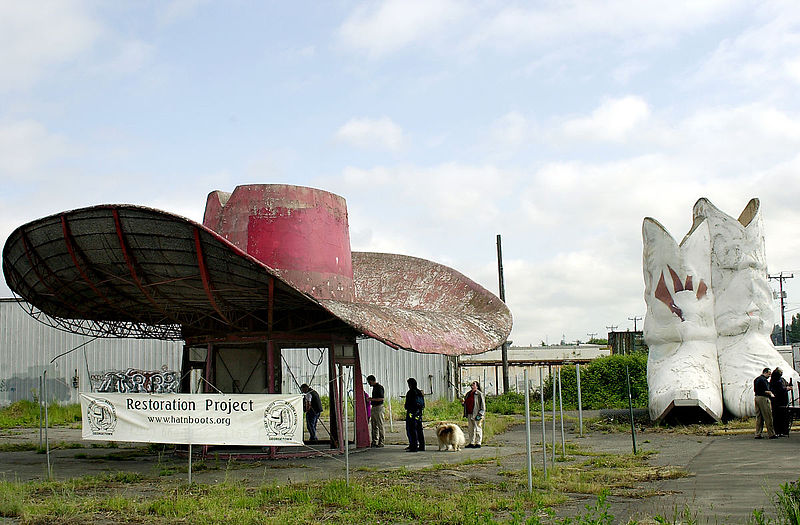 At one time, it was the largest cowboy boot and hat store in America. However, after many renovations, the iconic large hat and boots moved to Oxbow Park. Now park-goers can enjoy mother nature while being shadowed by an over-sized cowboy hat and pair of boots. 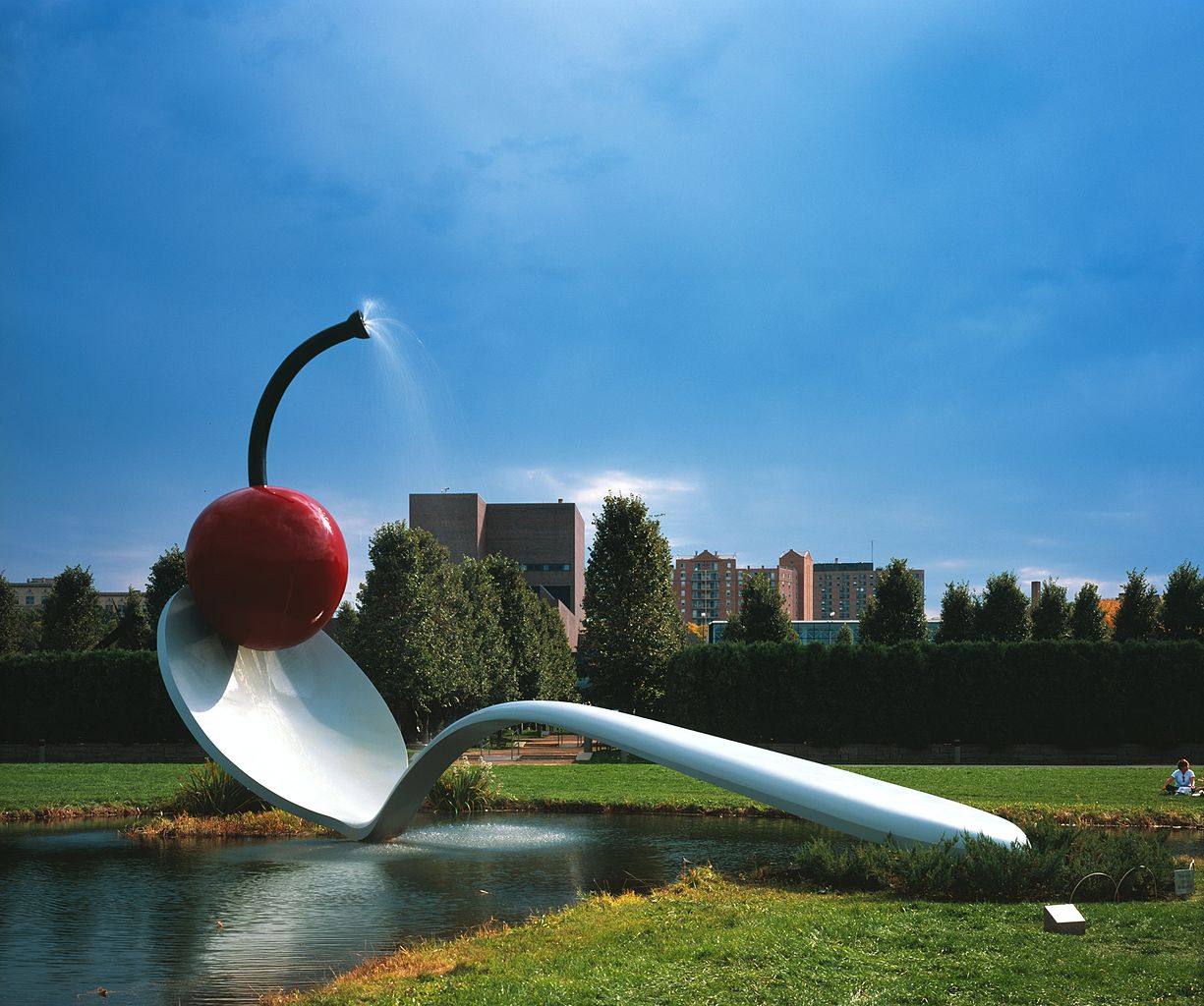 Located in the Minneapolis Sculpture garden, this huge spoon and cherry are among 40 permanent sculptures. They sit at the center of the gardens, beckoning children to climb on them. In the summer, they become a water sculpture, but let’s face it… they’re in Minnesota, so they’re actually snow-covered most of the time. In that case, they look like a spoon surrounded by ice cream.