There are few states whose residents know their barbeque like Arkansas. If there isn’t a cookout during the summer, chances are someone got BBQ at one of the local joints. These BBQ spots serve some of the best barbecue you’ll ever taste. 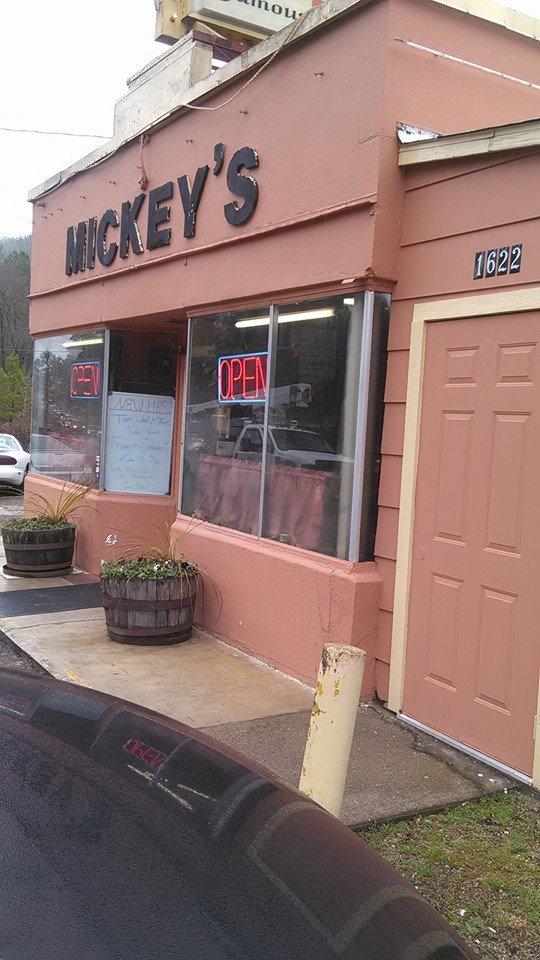 This barbecue restaurant has been in operation for over 25 years. Stop by whenever you’re in the Hot Springs area to experience for yourself why they are so popular. Located at 1622 Park Avenue, Hot Springs, AR. MickeysBBQ.net 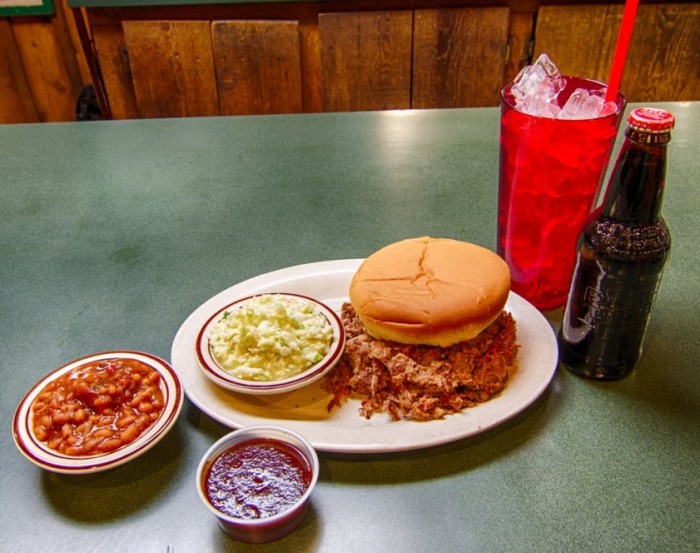 This popular Conway barbecue restaurant offers the usual fare of turkey, pork, ham, and beef. But what really sets them apart are their selection of six barbecue sauces for you to sample. Located at 740 South Harkrider, Conway, AR. SmittysBarbecue.com 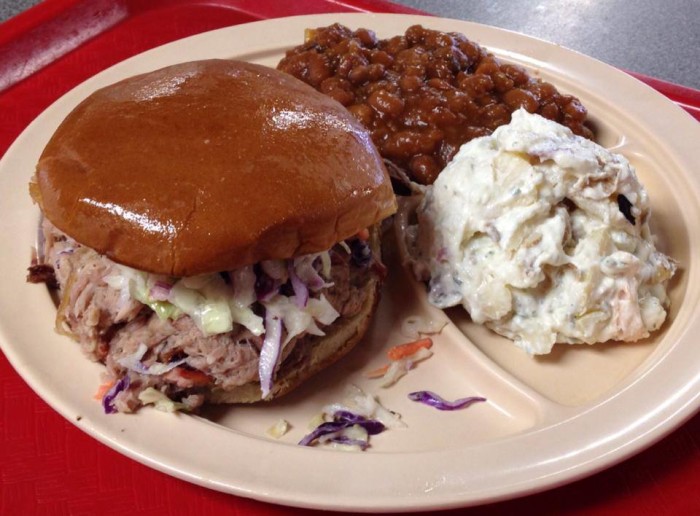 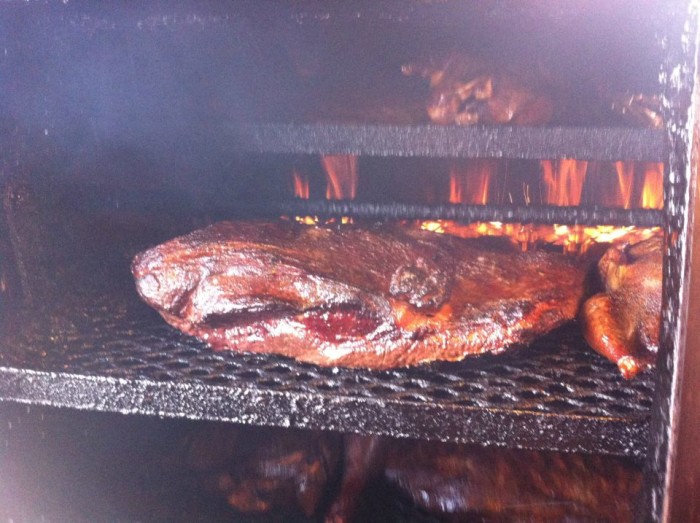 This barbecue joint is different from all similar restaurants in the area. This is because all their dishes are from family recipes sold in the original Sho’nuff BBQ in the 1970s. They also smoke their meats with apple and hickory wood. Located at 256 W. North Street, Fayetteville, AR.

This family restaurant serves its customers succulent barbecue including the standard chicken, ribs, beef, and pork, along with steak and fish. Their sides include biscuits fries, baked beans, coleslaw, and much more. There are also fried pies available for desert. As an added bonus, breakfast is served all day long. Located at 1107 North Main Street, Brinkley, AR. Roadfood.com

Hoots serves slow barbecued chicken, beef and pork. They also offer burgers, seafood, steaks, and sandwiches along with homemade cookies and pies. But that’s not all! There’s also a bar, live entertainment, and outdoor seating. A trip to Hoots is definitely worth it, no matter the distance. Located at 2008 US 65 North, McGehee, AR. Arkansas.com 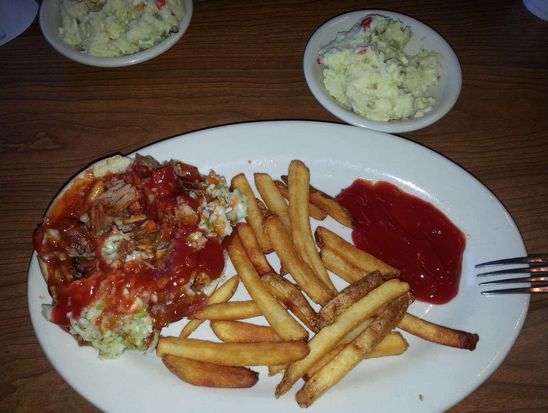 Like many on this list, Chip’s is a family owned business. They have been serving the Little Rock community delicious food for over 50 years. From their famous hickory smoked ribs, chicken breast, beef, turkey, ham, and pork to their sides including homemade potato salad, slaw, and beans, you can’t make a bad choice at Chip’s. Be sure to save room for their homemade pies that have been often voted the best pies in Arkansas. Located at 9801 West Markham Street, Little Rock, AR. ChipsBarbecue.com 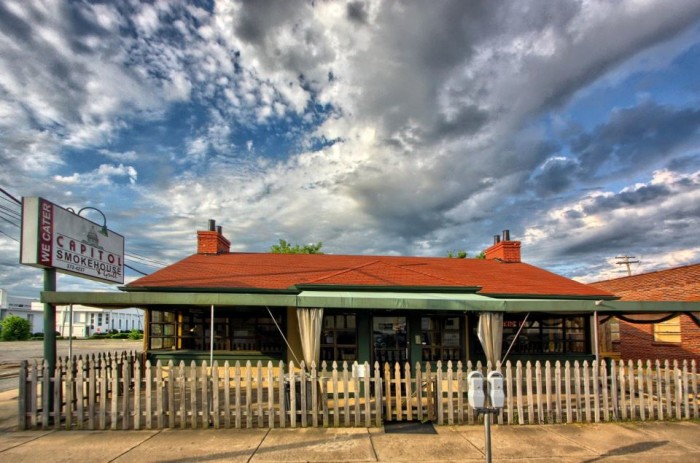 Capitol smokes all their chicken, pork, and beef dishes to tender perfection with a variety of special sauces for flavor. Their side dishes and ribs are especially good. When you’re in the Little Rock area, try one of their plate lunch specials — you won’t be disappointed. Located at 915 West Capitol Avenue, Little Rock, AR. CapitalSmokehouseandGrill.com

Jones is an award winning neighborhood BBQ restaurant in Marianna. They have been open for over a century, and have been featured in numerous magazines! They smoke their meats on-site and serve them on plain white bread with a dash of their secret sauce and coleslaw. Located at 219 West Louisiana Street, Marianna, AR. Arkansas.com 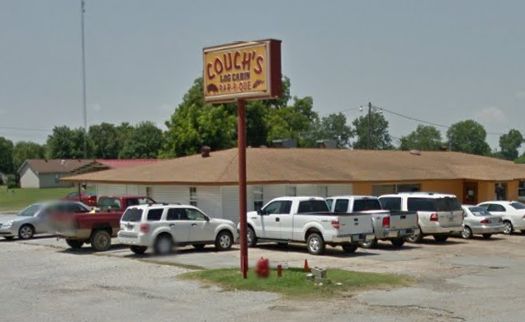 This classic Truman restaurant has a variety of American homestyle dishes, but their barbecue sandwiches and platters are easily the most popular. If you ever get a chance to visit, make sure you try the ribs — they are one of the house specialties. Located at 405 Arkansas 463 South, Trumann, AR. Arkansas.com 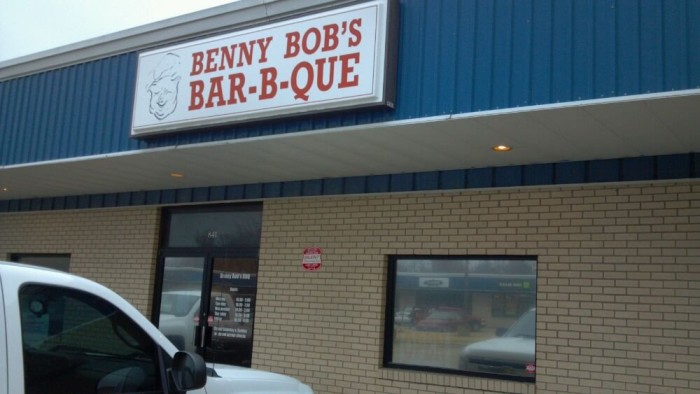 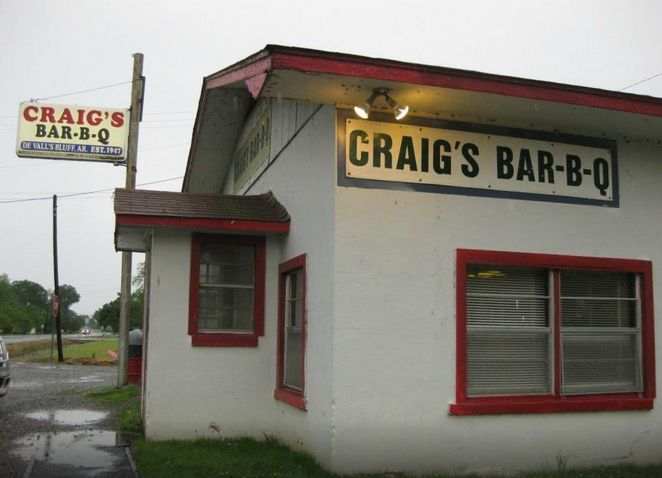 Craig’s is an authentic Southern BBQ shack whose history stretches all the way back to the 1940s. They are famous for their slow-smoked meats, spicy sauces, and tasty bar sandwiches. The savory coleslaw, burgers and ribs are good options as well. Located at US 70, Devalls Bluff, AR. Roadfood.com 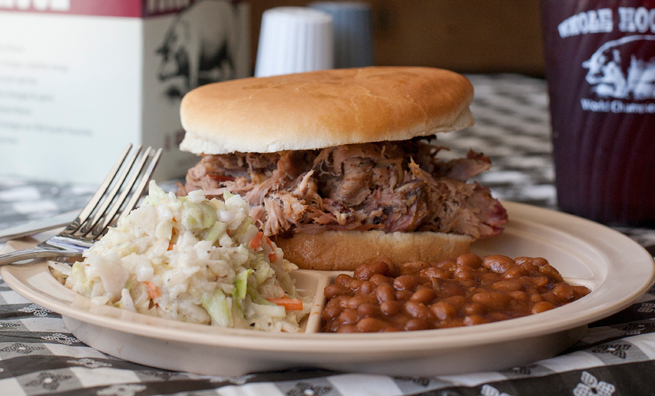 Although it is part of a franchise, this restaurant is based out of Little Rock. They offer delicious, mouth watering barbecue along with tasty sides like beans, dinner rolls, coleslaw, and potato salad. Other specialty treats include loaded baked potatoes and barbecue nachos. They have nine locations around Arkansas. WholeHogCafe.com 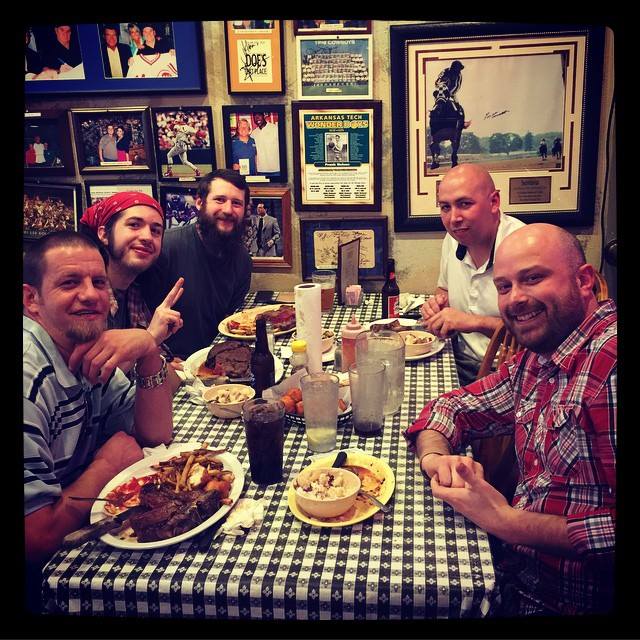 Sassy’s is a casual barbecue restaurant with a festive, sports bar feel. They offer brisket, pulled pork, ribs, and more for you to savor. Located at 708 College Ave, Fayetteville, AR. SassysRedHouse.com 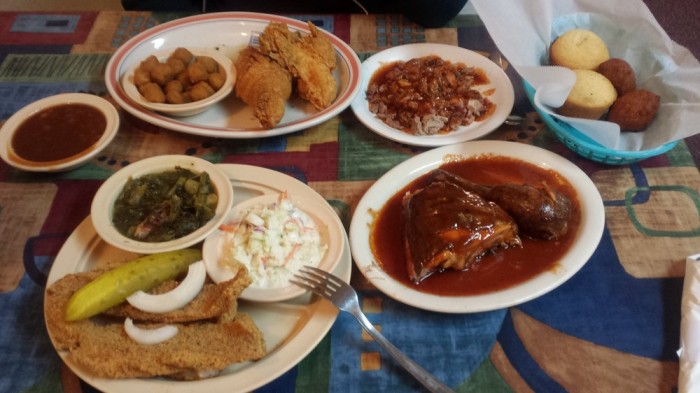 This barbecue joint has been open since 1956, and it looks like they will be in business for quite a while longer. They serve chopped barbecue pork, ribs, beef, and chicken. They also serve catfish and fried chicken. The side items at Lindsey include pinto and baked beans, onion rings, potato salad, and more. Desserts include home sweet potato and egg custard pies. They serve fried pies as well. Located at 207 East 15th Street, North Little Rock, AR. LindseysBBQandMore.com 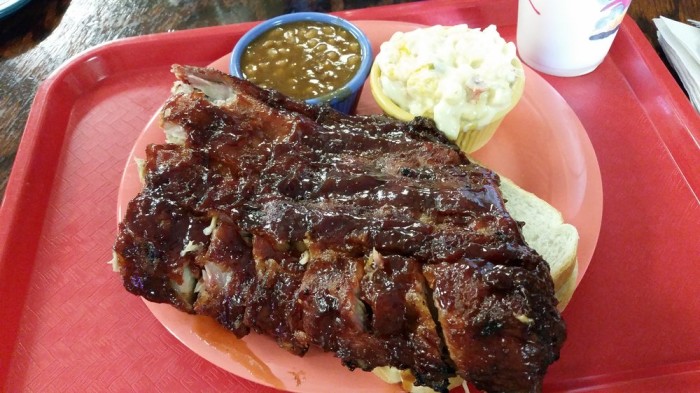 Since 1998, the barbecue team for this restaurant has won almost 200 barbecue awards. If you are in the area, make sure you stop by to try their award wining desserts, side dishes, salads, and sausage. Their barbecue chicken, ribs, pork, and beef are pretty good too. Located at 2801 Old Greenwood Road #3, Fort Smith, AR. PinkFlamingoBBQ.com 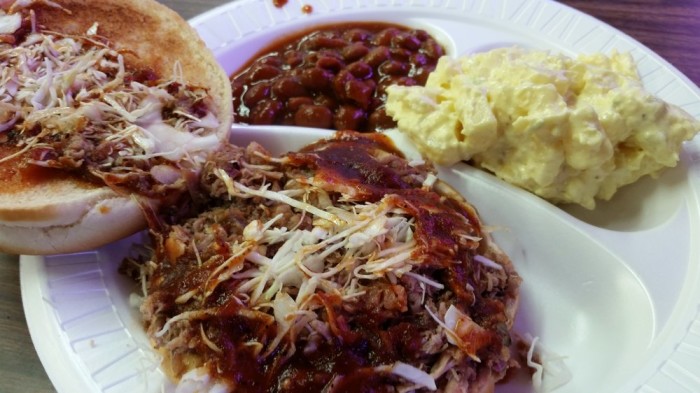 HB’s Barbecue is in a quaint neighborhood spot that seats 32. They only serve ribs on Tuesday, but their great slabs of meat and spicy barbeque sauce are worth it. When you stop by, make sure you try their pork sandwich. It’s served on a delcious onion roll and is a great alternative to the ribs. Located at 6020 Lancaster Rd, Little Rock, AR. Arkansas.com 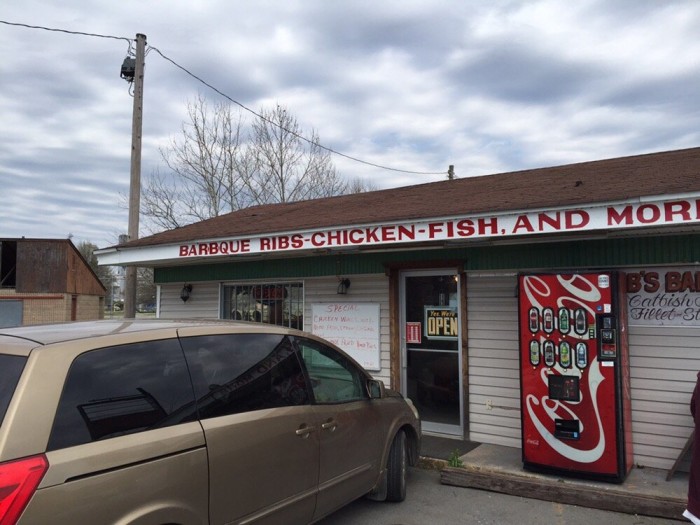 Kibbs’ claim to fame is their delicious sauce — and their ribs are pretty good as well. But no trip to Kibb’s is complete without a pork combo. It will make your tongue dance with pleasure. Located at 436 West 2nd Street, Stuttgart, AR. 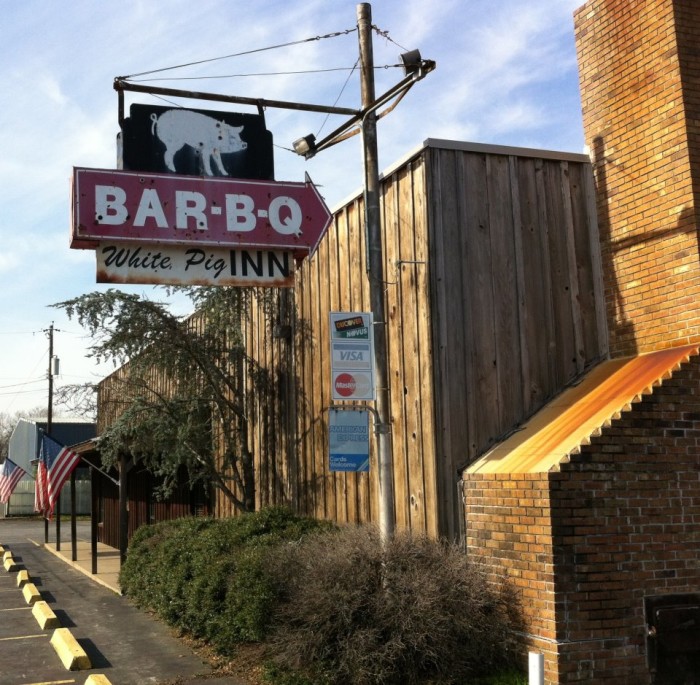 This restaurant is the oldest BBQ restaurant in the area. They have been in business for almost 100 years. Their selections of hickory pit smoked meats (chicken, ribs, beef, and pork.) are to die for. They also serve delicious homemade fried pies, sandwiches, and a decent selection of sides. Located at 5231 East Broadway, North Little Rock, AR. WhitePigInn.com

This local favorite serves up some of the best smoked beef, pork, and ribs in the area. Their selection of sides includes corn, fries, coleslaw, and baked beans. They also serve potato salad and barbecue nachos. Located at 301 Southridge, Heber Springs, AR. Brothers-BBQ/facebook.com

The Dixie Pig is a third generation BBQ restaurant that has been open for almost 100 years. They are well known for “the pig sandwich”, i.e. their chopped pork sandwich. They also serve homemade onion rings, chicken, fries, beans, other sandwiches, and more. Located at 706 North 6th Street, Blytheville, AR. Dixie-Pig/facebook.com 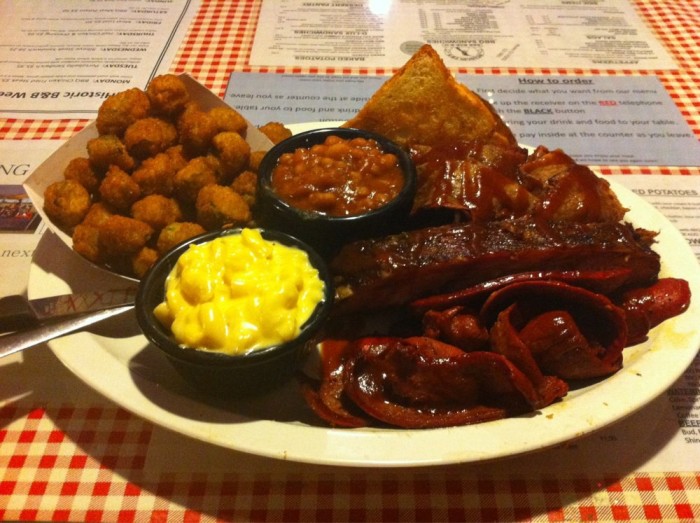 This popular little restaurant has been open for over 20 years. Each location is unique and the menu varies slightly from restaurant to restaurant. But they all serve the barbecue classics that originally made them a Fayetteville favorite. They have four different locations around Arkansas. PenguinEds.com 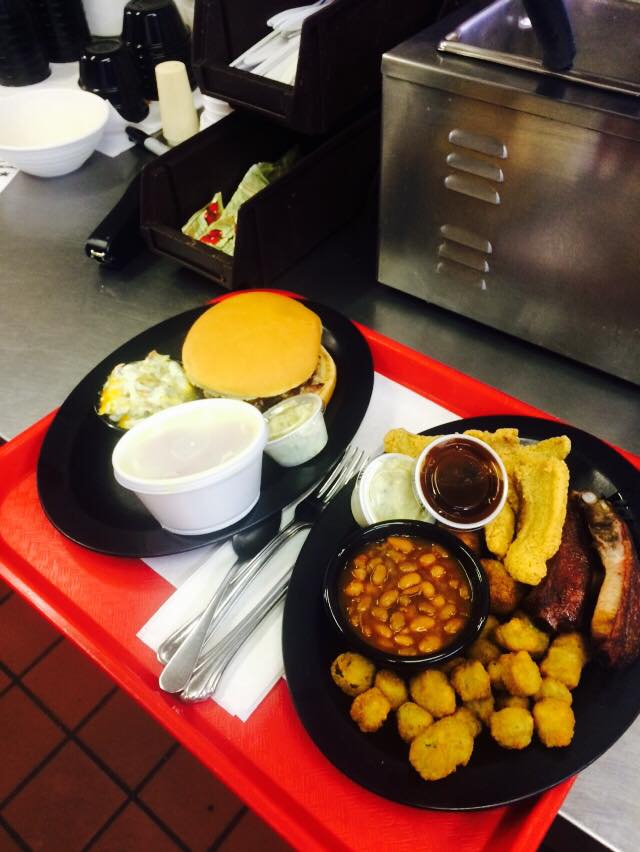 They serve their smoked meats in one of three ways around here; sassy, healthy, and traditional. You are welcome to dine in the restaurant, but if you are in a hurry, they also have a drive-thru to better serve you. Located at 3024 Central Avenue, Hot Springs, AR. StubbysBBQ.com 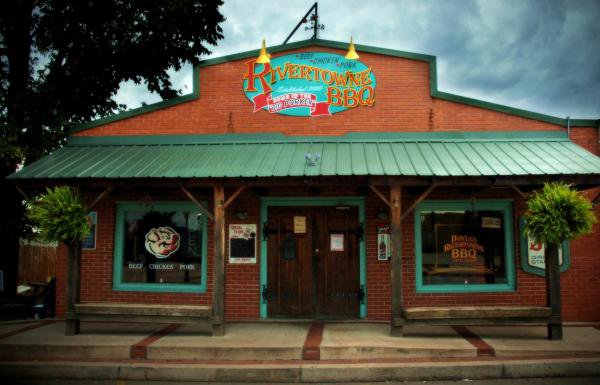 Rivertowne smokes their meats on-site every day. They offer both a barbecue sauce and a dry rub, per your preference. Their sides include coleslaw, baked beans, and potato salad. Located at 205 South 3rd Street, Ozark, AR. RivertowneBBQ.com 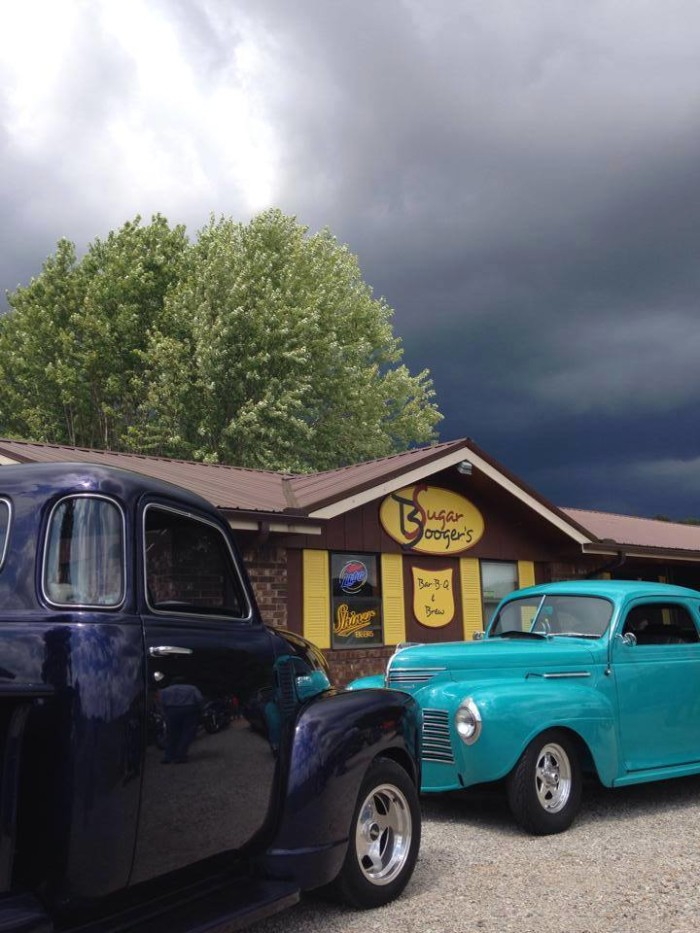 Sugar Boogers is located in Huntsville. It is the only place that gives you the opportunity to enjoy the allure of rural Northwest Arkansas in the area. Grab a cold beer and a barbecue sandwich, and you’re good to go. Located at the corner of Hwy 21 South and US 412 in the scenic Madison County. UpperBuffaloRiver.com 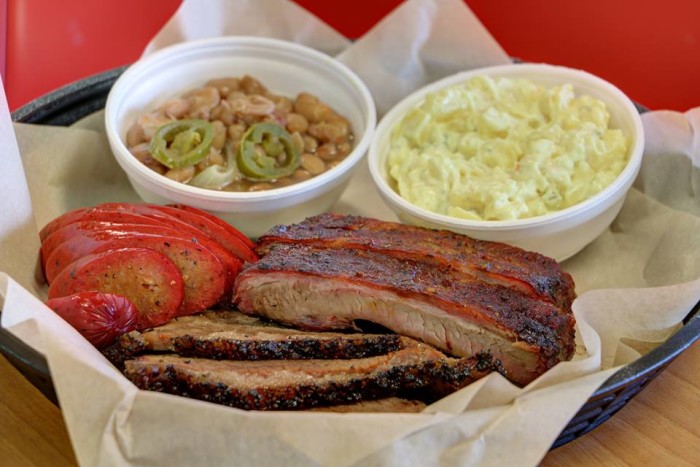 Based in Texarkana, this customer favorites has some barbecue dishes that are really exceptional. They also pride themselves on having the best customer service in the state. They have five locations around Arkansas. BigJakesBBQ.com 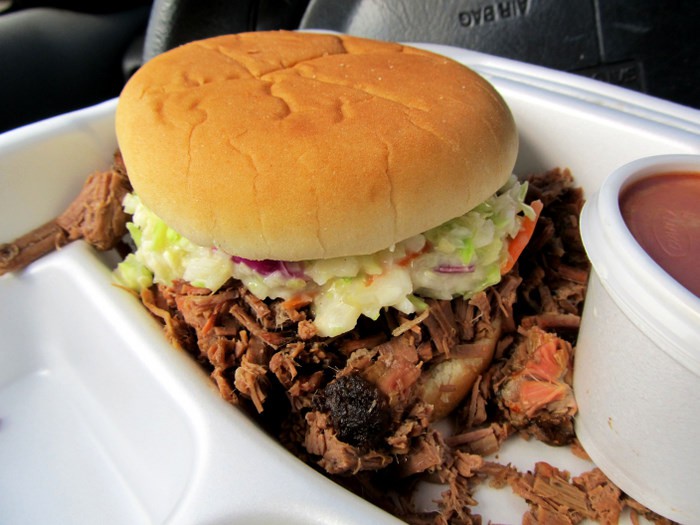 This BBQ joint is the epitome of a neighborhood joint. They have a ton of old pictures that tell the story of the restaurant, the family, and the community. They also sell handmade crafts  — and, of course, amazing BBQ! Located at 10508 Mann Road, Mabelvale, AR. Three-Sams-BBQ-and-Catering/facebook.com 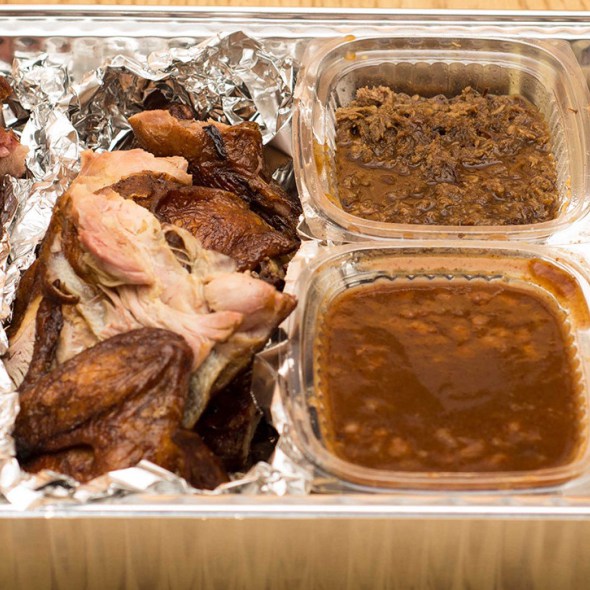 This hometown barbecue spot has been in business for almost 80 years. They are known for their delicious ribs and addictive sauces. Their spare ribs, chicken, and beef aren’t half bad either. Located at 7601 Geyer Springs Road, Little Rock, AR. SimsBBQAR.com 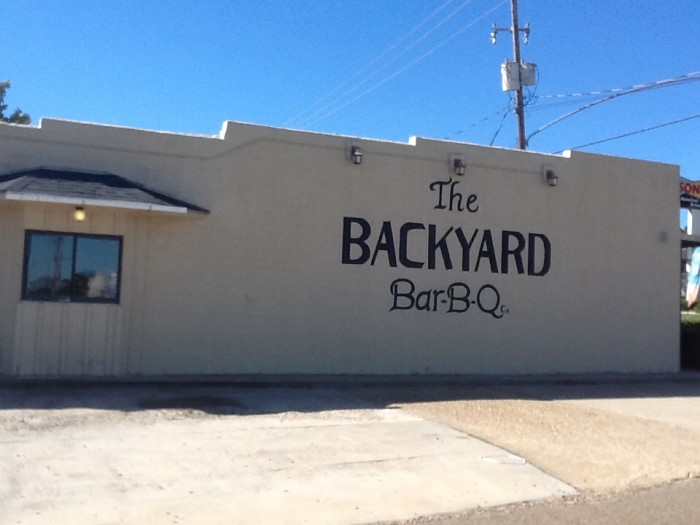 This Magnolia restaurants serves barbecue pork and beef, along with a wide variety of deserts. Their sides include barbecue baked potatoes, slaw, and potato salad. Located at 1407 East Main Street, Magnolia, AR. The-Backyard-Barbecue-Co/facebook 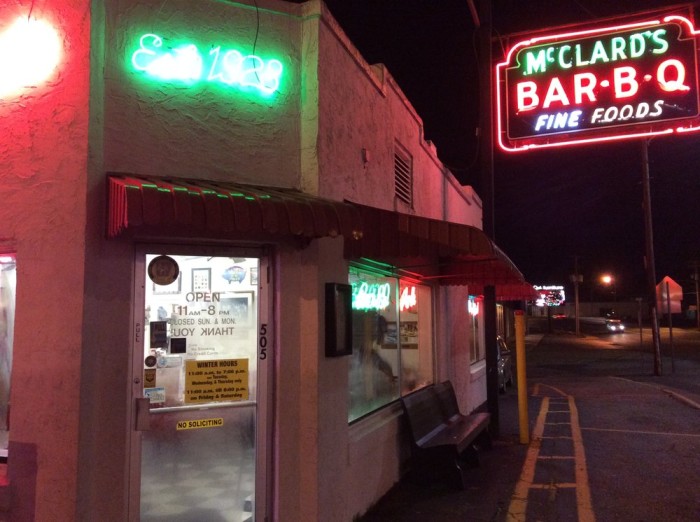 What did you think of the options on the list? If you don’t like manning the grill, make sure to give at least one of these a chance. Do you know of any BBQ joints in Arkansas that are missing from the list? Share your thoughts in the comments below.

Your Best Festival Accessory is Not What You’d Expect

Festival season is upon us, and music lovers, free spirits, and social butterflies are itching for a good show after…