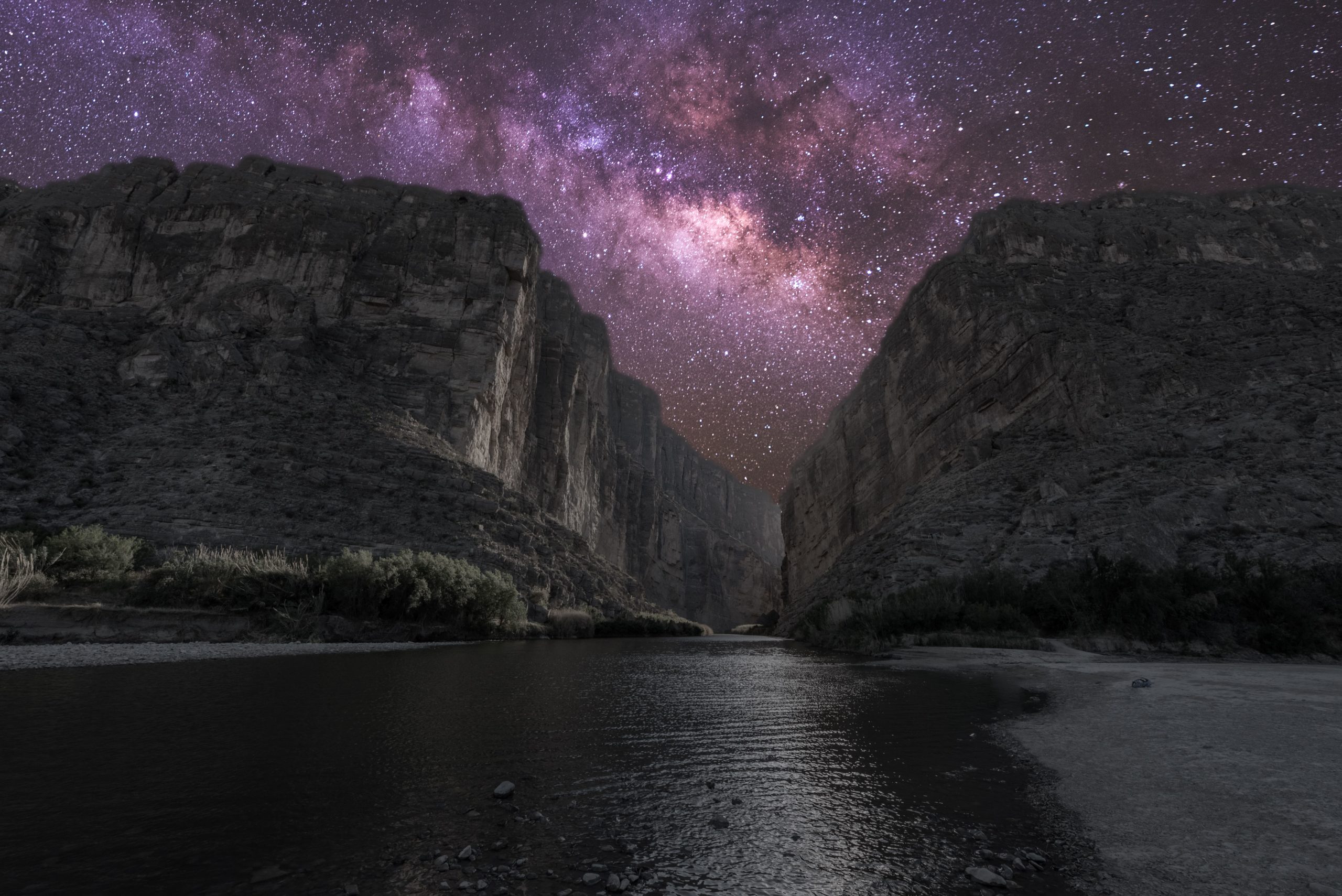 Which lesser-known National park should you visit next?
North Cascades National Park 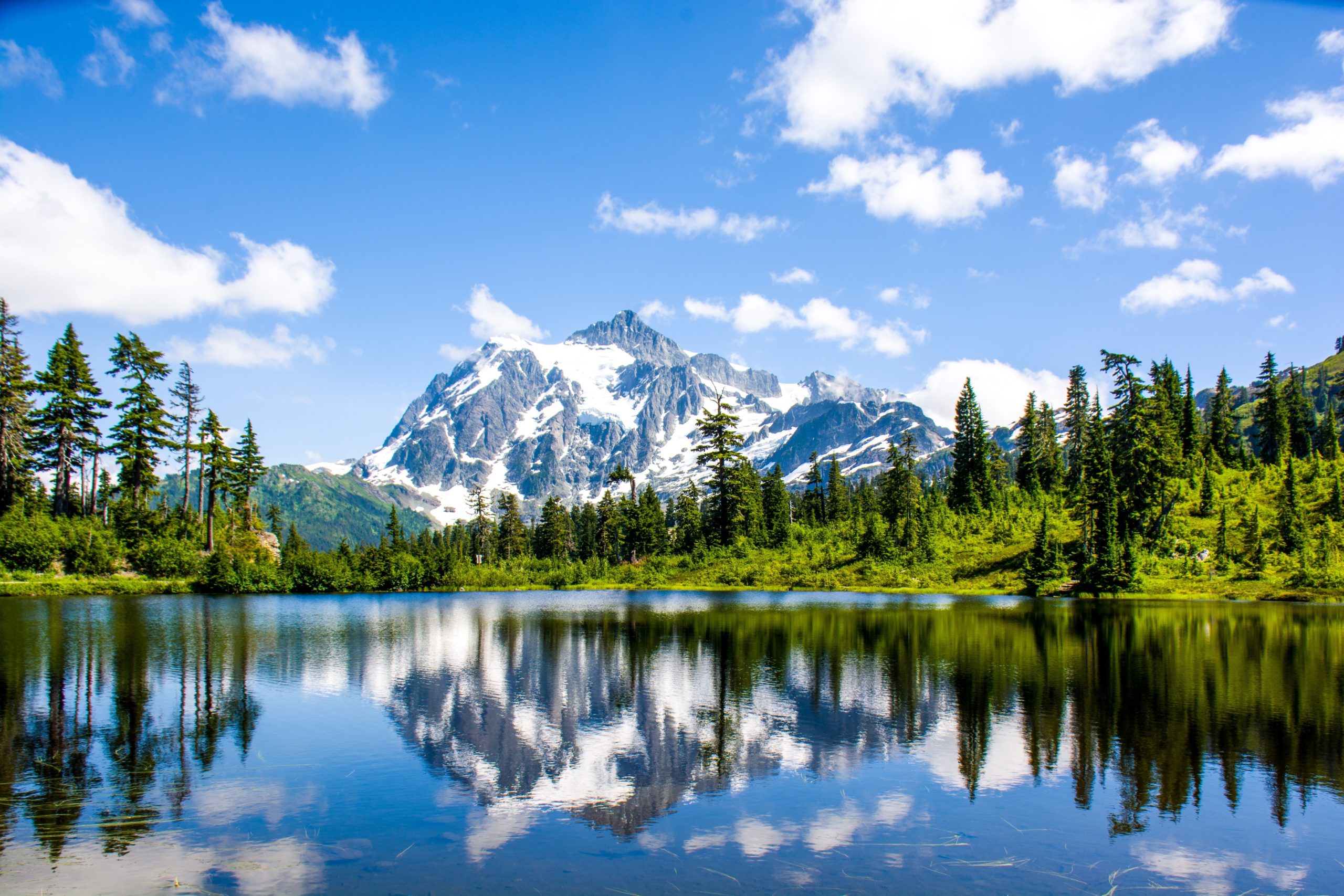 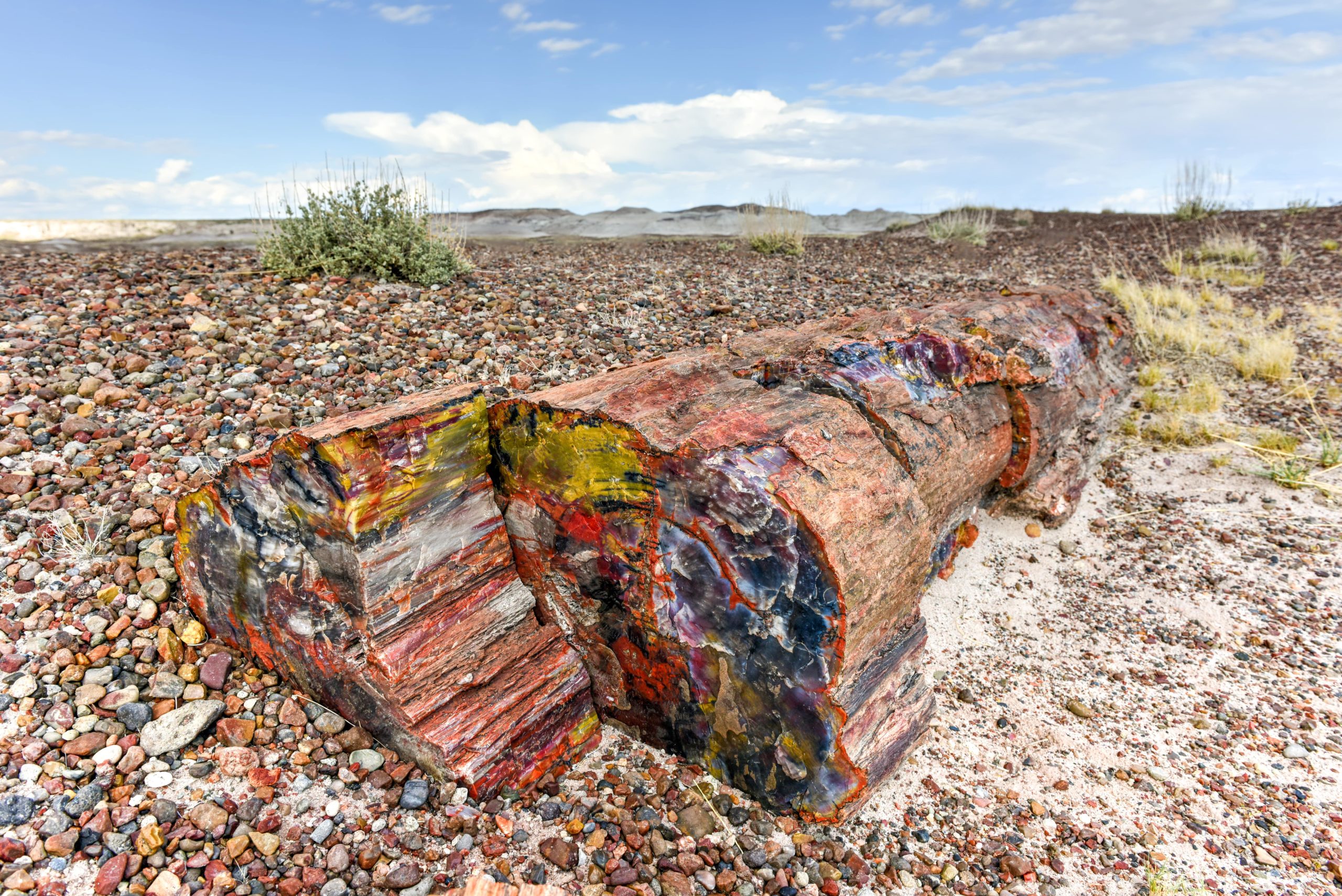 It may not be quite as famous as the Grand Canyon, but no visit to northern Arizona is complete without a trip to Petrified Forest National Park. Covering over 220 square miles of Technicolor desert, there’s way more to this park than its namesake fossilized wood. Petrified Forest is also home to numerous paleontological exhibits, petroglyphs, and a wide range of living flora and fauna, including coyotes, bobcats, pronghorns, and over 200 species of birds. The park’s landscape has been inhabited by humans for at least 8,000 years, and more than 600 archeological sites within the park’s boundaries reveal just a few of our ancient ancestors’ secrets. Fun Fact: This is the only national park to close at night in order to prevent people from stealing the wood! Learn more here: https://rvshare.com/national-parks/petfrified-forest-national-park
Wind Cave National Park 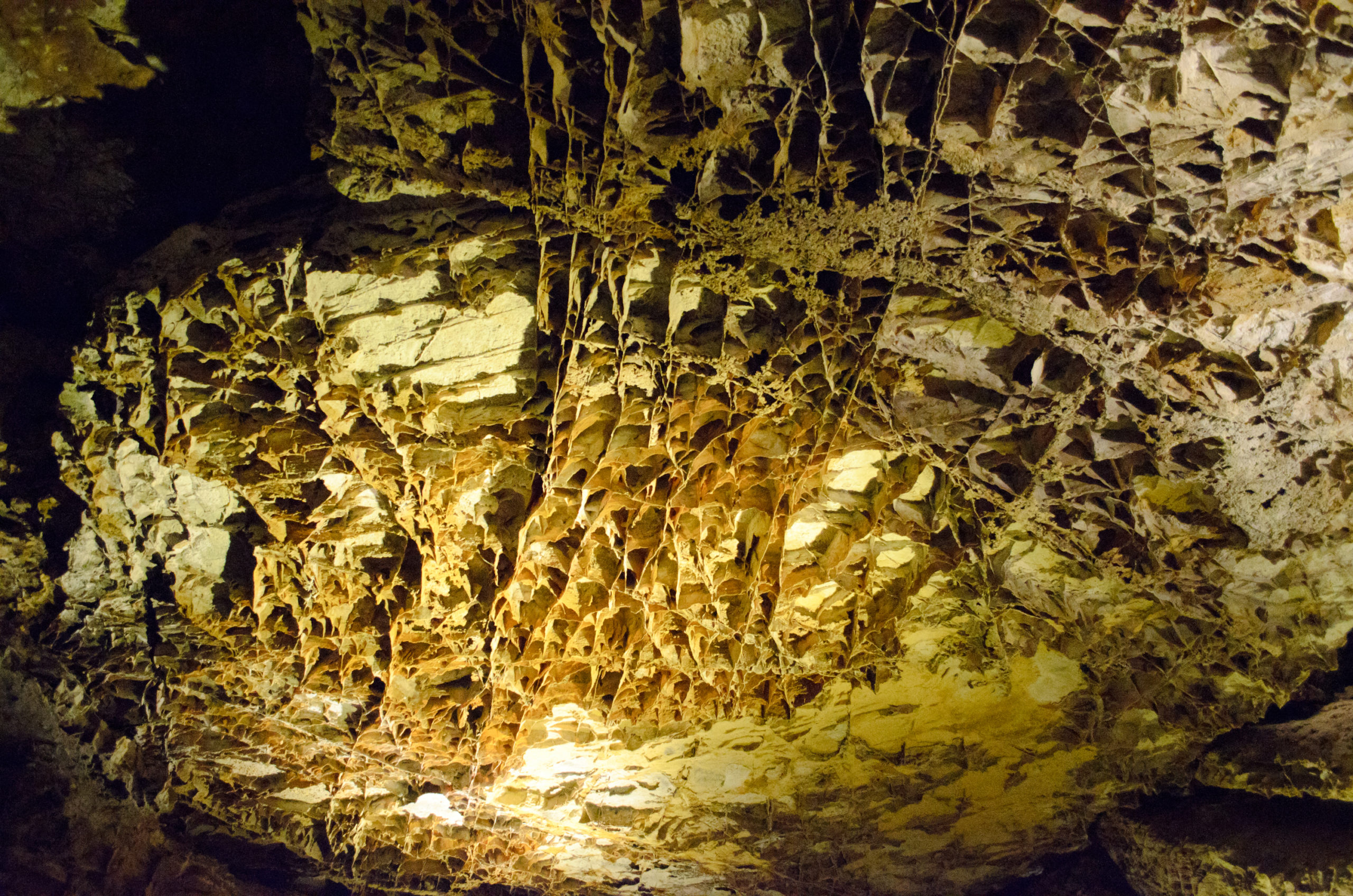 One of America’s oldest national parks, Wind Cave National Park in South Dakota, offers visitors watchable wildlife, hiking, camping and a Wind Cave - one of the longest and most complex caves in the world. It’s a unique formation rarely found elsewhere, and is a must-see for nature lovers and travelers everywhere! Wind Cave National Park also includes the largest remaining natural mixed-grass prairie in the US, and has 28,295 acres of wildlife sanctuary, making it possible to visit and view bison, elk and other wildlife in their natural habitat. Below ground, the Wind Cave has 140.47 miles of explored cave passageways, making it the sixth-longest in the world. It also features 95% of the world’s discovered boxwork formations and is recognized as the densest cave system in the world. Learn more here: https://rvshare.com/national-parks/wind-cave-national-park
Mesa Verde National Park 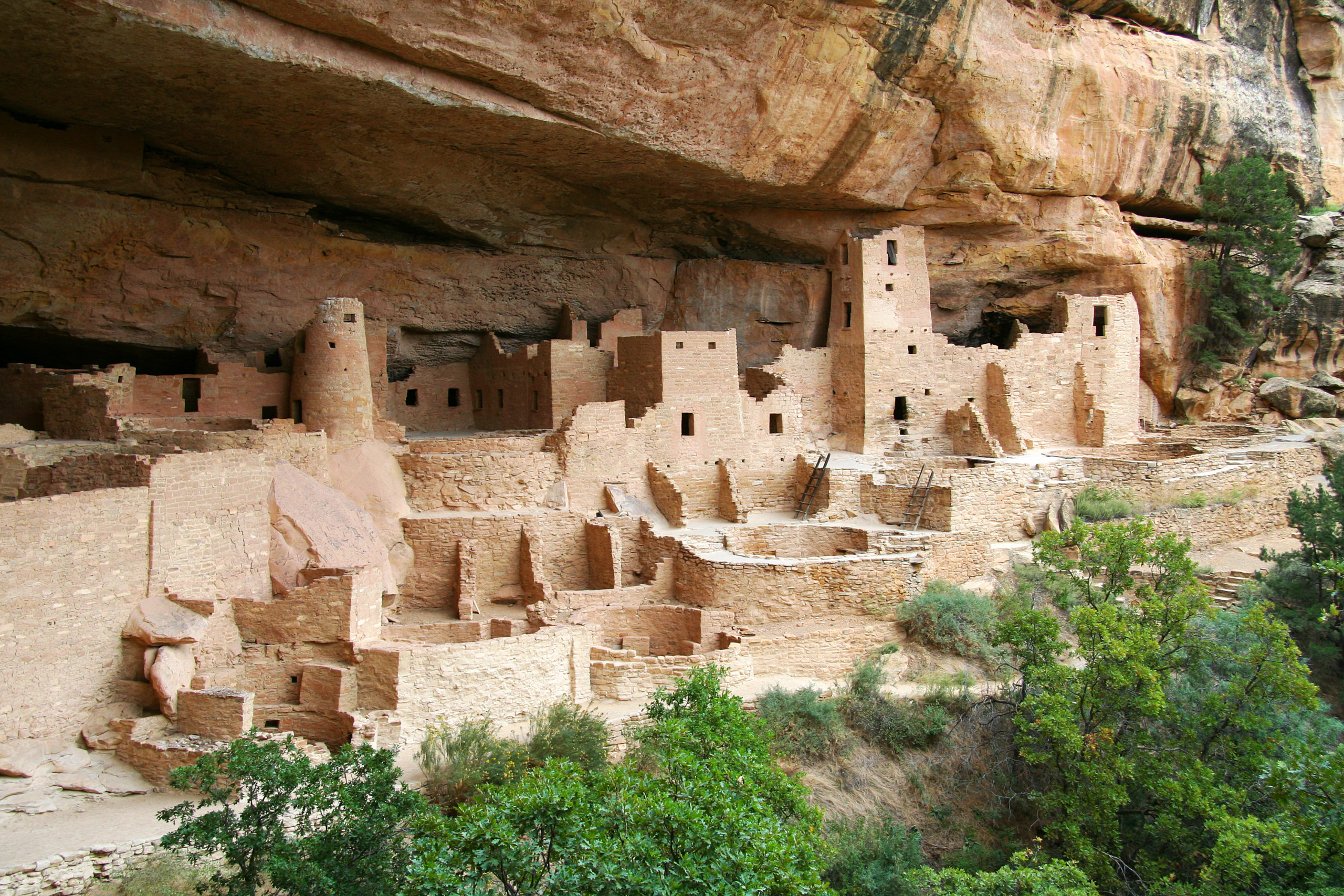 Colorado’s got way more to offer than scenic mountain vistas. A few hours southwest of Denver, Mesa Verde National Park holds some of the most well-preserved Ancestral Puebloan ruins in the nation -- ancient secrets on display for anybody willing to make the journey. At over 52,000 acres in size, the park preserves more than 4,300 archeological sites and over 600 cliff dwellings, perhaps the best-known (and most-photographed) of which is Cliff Palace, thought to be the largest such dwelling on the continent. Designated a national park by Theodore Roosevelt in 1906, the park also holds UNESCO World Heritage Site status, and has been the site of human inhabitation since approximately 7500 BC. Learn more here: https://rvshare.com/national-parks/mesa-verde-national-park
Lassen Volcanic Peak National Park 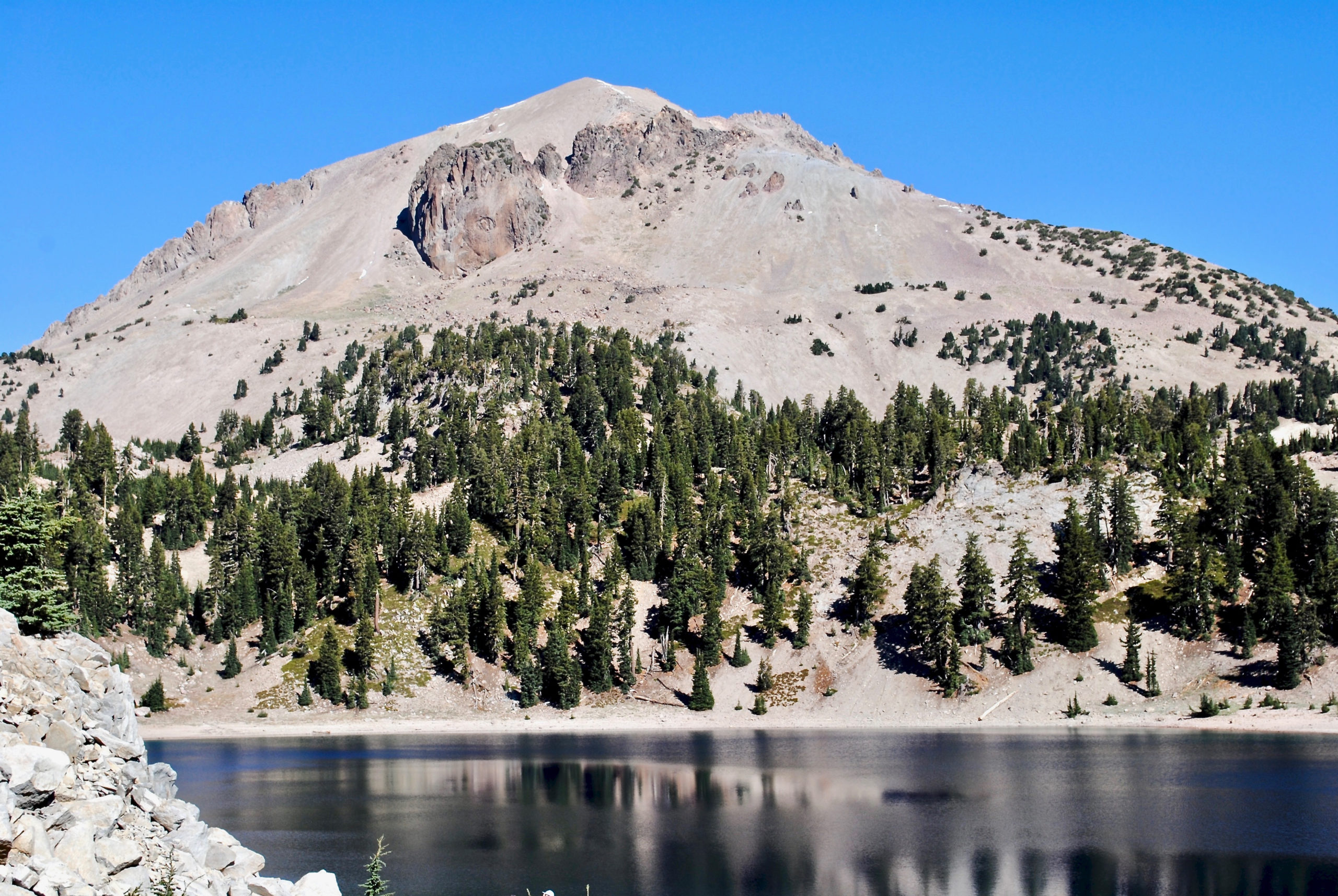 Lassen Volcanic National Park is located in northeast California, not far from the state borders of Oregon and Nevada. All four types of volcanoes in the world can be found at this park. It’s home to steaming fumaroles, bubbling mud pots, geysers, and numerous volcanoes. Hiking is the most popular activity here with many trails taking you past bubbling springs, including Bumpass Hell, an area with acres of bubbling mud pots. It’s also home to crystal clear mountain lakes, a rainbow of wildflowers, and jagged peaks. Look up and you might see a bald eagle flying overhead. The park’s Warner Valley houses the Drakesbad Guest Ranch, where visitors can soak in a hydrothermal spring-fed pool, hike, go horseback riding, swim, fish, or relax with a massage. Learn more here: https://rvshare.com/national-parks/lassen-volcanic-national-park
Big Bend National Park

Four-and-a-half hours southeast of El Paso, Big Bend National Park is an adventurous West Texas destination for kayakers, hikers, and mountain bikers. The 801,000-acre park at the U.S.-Mexican border was named after a bend in the Rio Grande River, which separates the two countries. The terrain includes, of course, the majestic river, but also mountains, canyons, deserts, and several thermal hot springs. The highest point is Emory Peak, located 7,832 feet above sea level in the Chisos Mountains. The park is a certified dark-sky park, offering an unparalleled view of the night sky. Plus it’s home to more bird species than any other U.S. national park and fossils of more than 90 dinosaur species have been found there. Learn more here: https://rvshare.com/national-parks/big-bend-national-park