While that may be true in many cases, Florida is actually home to several national parks — and Everglades National Park may just be the best-known of the bunch. A sprawling 1.5-million acre wetland preserve, Everglades National Park takes up most of the southwestern tip of Florida, and draws some one million visitors each year. Those who flock to the park enjoy airboat rides, hiking opportunities, and may even get the chance to spot the occasional alligator… but the story of Everglades National Park stretches back much further than colonial minds can remember.

What is today known as Everglades National Park is the historical and ancestral land of the Calusa, Taino, and Seminole peoples, whose rich cultures are too often silenced in our Eurocentric view.

Here’s what you need to know about the indigenous history of Everglades National park. 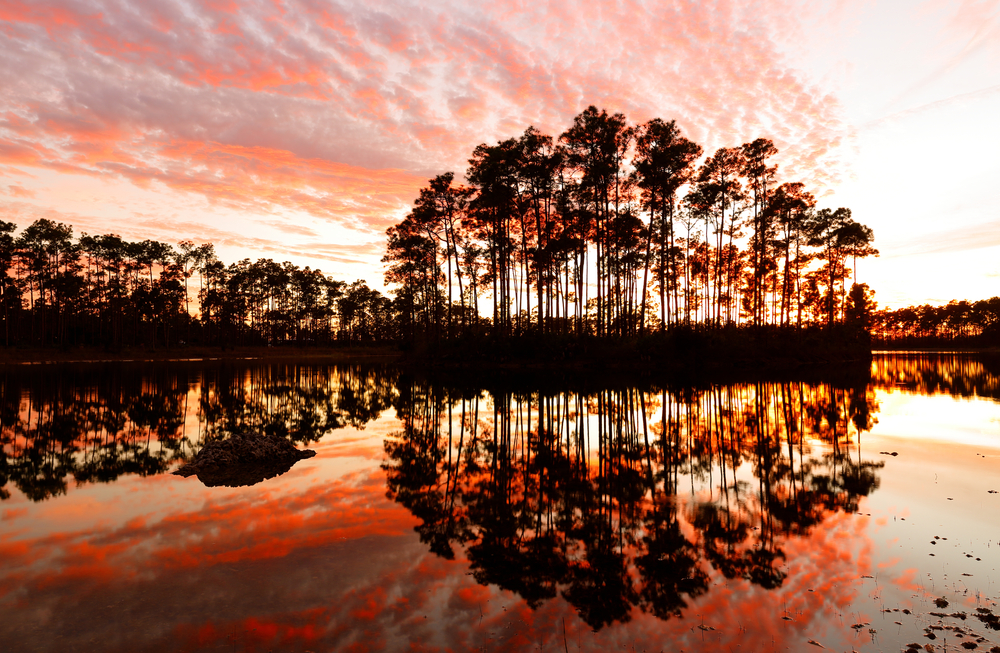 When Spanish explorers first set foot on the land we know as Florida back in the 1500s and 1600s, they discovered that the land was already inhabited — and indeed, the Native Americans who lived here did so for centuries before western explorers arrived. Although predominant across the territories of South Florida (which they also shared with the Tequesta, Jega, and Ais tribes to the east), the Calusa people were most densely populated in southwestern Florida, in the area preserved by the national park today.

The Calusia were unique among hunter-gatherer societies in that they operated a complex and hierarchically structured group of communities, known as a Chiefdom. Along with seasonal foraging of edible plants, these people relied heavily upon the fruits of the sea to sustain themselves, fishing for food and using shells to make tools as well as build large-scale architectural structures including mounds and courtyards, which may have been used for social or ceremonial purposes.

Unfortunately, the Spanish explorers brought with them diseases that the Native peoples had never been exposed to before, and the population of Tequesta and Calusa peoples was largely wiped out by the time Florida was under English control in 1763. Surviving Indigenous people may have migrated further into the more rugged, less hospitable parts of the Everglades to survive, and some migrated to Cuba.

This wasn’t the end of the plight of Native American people in southwestern Florida, however. As Britain and Spain scrabbled for control of Florida, the Seminole people, who lived in small bands throughout the state of Florida, were systematically driven from their lands, and many found themselves pressing into the swampland of the Everglades to evade the colonizers. After much struggling, a treaty was signed in 1856 at the end of the third Seminole War, wherein the Native Americans were compelled to sign over two million acres of their ancestral lands.

Whenever we visit preserved wildernesses — like Everglades National Park, or any of the other national parks in America — we’re participating in a much longer, and all too often unheard, story. The Native American people were here long before white settlers ever even conceptualized these worlds; often, they lived here for millennia. And while they did, they worked alongside the land, stewarding it to prosper both themselves and nature for years to come.

That’s why it’s so important to educate ourselves about our place in this history, and to do our best to continue in the tradition of being good land stewards. That means leaving the places we visit as we found them — or, ideally, even better. Leave No Trace offers excellent and easy-to-follow principles that can help you achieve just that on your camping trips, including packing out all the garbage you pack in and using only existing campfire rings.

Additionally, learning more about the people who cared for these lands so well before us helps us develop better appreciation for both their culture and our responsibilities. Along with reading write-ups like this one, check out Native Land to see whose ancestral land you’re standing on, no matter where you are in North America (and around the world).

Arcing high into the sky over the Mississippi River, Gateway Arch National Park isn’t like a lot of the other…

If there’s one place in America that’s still completely wild, it’s Alaska — and Gates of the Arctic National Park…

When you think of national parks, you probably don’t immediately conjure Florida. Sure, it’s a beautiful landscape chock full of…

Located about 70 miles west of Key West and accessible only by private watercraft, seaplane, or ferry, Dry Tortugas National…

Standing a stunning 20,310 feet high, Denali is the tallest mountain in North America, and the third most prominent mountain…

Hottest, dryest, lowest — Death Valley National Park is a landscape of extremes, which is probably why so many people…