Hottest, dryest, lowest — Death Valley National Park is a landscape of extremes, which is probably why so many people flock to experience it. The national park sees nearly one million visitors on an annual basis, who take to this sweeping 3.3-million acre would-be wasteland for hiking, camping, horseback-riding, birding, and even just scenic driving.

Despite its morbid name, this desert has supported human life since long before white people ever thought to set it aside for posterity. What is currently Death Valley National Park lies on unceded Timbisha Shoshone lands, and has historically also been inhabited by Paiute and Kawaiisu peoples. 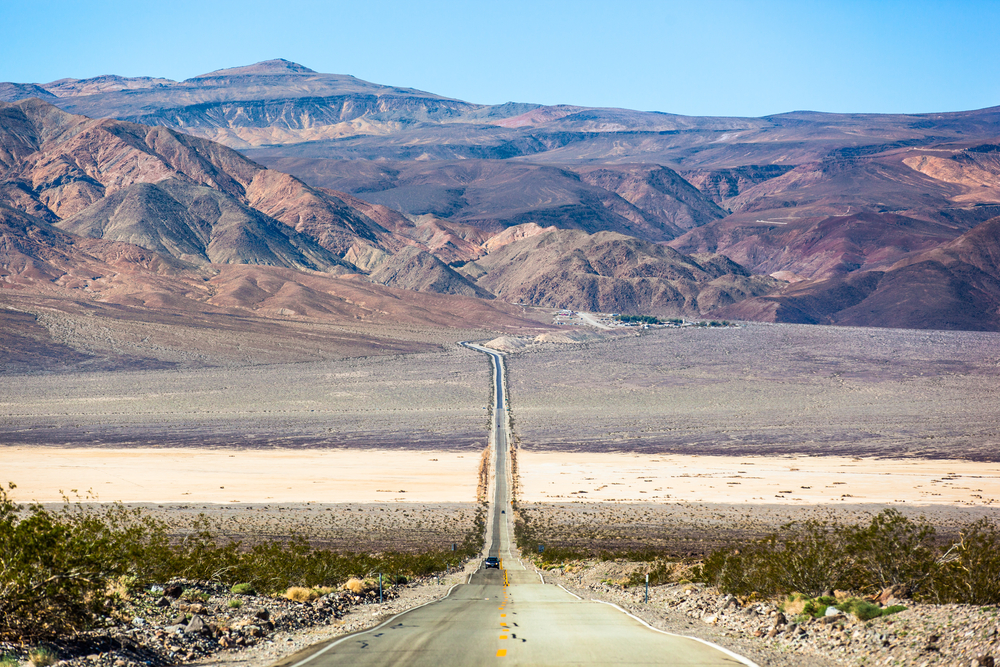 Archeologists and anthropologists have found evidence suggesting human inhabitation of Death Valley National Park as long as one thousand years ago, which far predates the first white emigrants who made their way into this landscape in the mid-1800s. These lands were primarily lived upon by the Timbisha Shoshone people, who followed a seasonal migratory lifestyle in an attempt to escape the worst of the desert’s overwhelming heat. They subsisted largely on pine nuts offered by the pinyon trees in the area, as well as mesquite pods or beans.

Despite their centuries-long presence in these lands, the federal government did not recognize the Timbisha Shoshone people as a sovereign tribe until 1983, and it took until November of 2000 for the people to be offered a land base. Today, there are about 300 enrolled members of the tribe, approximately 50 of whom live at the Death Valley Indian Community, which is located at Furnace Creek inside Death Valley National Park.

Paying Respect to the Land and its Stewards

Unless we are Native ourselves, whenever we step onto preserved lands in America — or indeed both wildernesses and cities the world over — we are encroaching upon someone else’s ancestral history and culture. It’s important to seek out historical information to contextualizer our visits, particularly since these histories often go untold in our Eurocentric culture. One way to do that is to read articles like these, or check out whose unceded lands you’re on using a website like Native Land.

Researching the Indigenous history of a given landscape is a great first step — but one of the most critical parts of showing our respect for the land and its historic peoples is to continue in their tradition of stewardship as best we can.

Being a steward of the land means taking action to preserve the flora and fauna and assure its continued health, both for the local plants and wildlife and for the human beings who will go on to inhabit and enjoy this place in the future. As a visitor, that looks like making sure your presence doesn’t leave any long-lasting scar on the land; one excellent way to ensure that to follow Leave No Trace principles.

Leave No Trace offers seven major guidelines for outdoor adventurers to follow, but even a little bit of common sense goes a long way. Be sure to pack out all the garbage you pack in, including any pet or human waste; you can also minimize your impact by sticking to demarcated trails and campsites.

We hope you enjoy your journey to Death Valley, a land of extremes — and extreme beauty.