The 10 Best Roadtrip Movies to Inspire your Next Trip 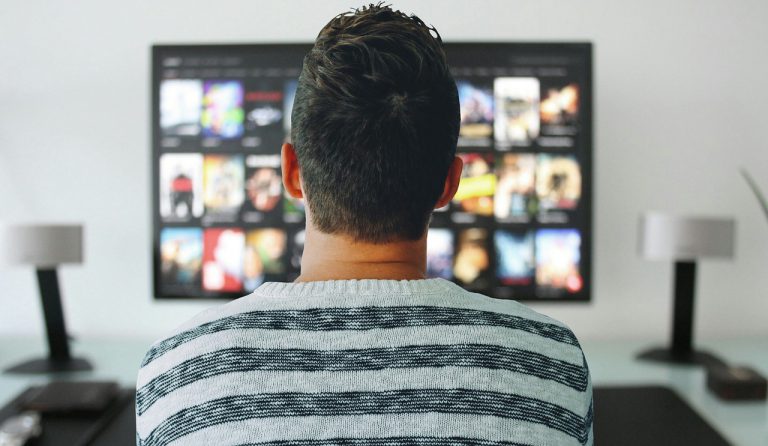 Maybe a rainy day has you stuck inside your trailer, cut off from the wild adventures that inspired you to rent a rig in the first place. 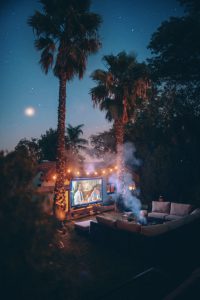 Or maybe other commitments (like school and work — ugh) have you sitting at home, dreaming of the next time you’ll get to adventure in a motorhome or travel trailer. (Or, heck, even a plain old car.)

No matter what the case, every once in a while, nothing hits the spot quite like a road trip movie. It’s the next best thing to getting out there on the highway yourself!

But not all road movies are created equally… and anyone who’s ever scrolled aimlessly through Netflix for a full hour knows that it’s all too easy to get caught up in analysis paralysis and end up not watching anything at all, let alone anything good.

In this post, we’ll run some of our very favorite road trip movies by you so you have a go-to menu of films to choose next time you’re hankering for high adventure you can enjoy from the comfort of your couch.

So grab some popcorn, unfurl your favorite throw blanket, and get cozy! Here are some of our favorite highway films.

Here are some of the most beloved movies about being on the road.

Although traveling by motorcycle is a far cry from traveling by RV, the fact of the matter is, it’s a dream to a wide variety of people — which is probably why 2007’s Wild Hogs movie was such a smashing success with audiences. In this film, four middle-aged men ditch their day-to-day lives to hit the open road on a California motorcycle trip, encountering all sorts of shenanigans and obstacles that eventually leave them on the run from the Del Fuegos in New Mexico.

This beloved comedy stars Tim Allen and John Travolta among others, and is a great way to spend an otherwise dreary afternoon having a good laugh.

You can’t exactly put it on a list of camping “vacation” movies, because Chris McCandless’s incredible journey is just as much work as it is play, and it comes to a heartbreaking end.

But if you’re looking for indie travel films that’ll make you clutch your loved ones close and feel grateful for all you have, move “Into the Wild” to the top of your list.

If you’re looking for some whodunnit intrigue, 2013’s Mystery Road movie might be right up your alley. Detective Jay Swan is on the case to figure out what happened to an indigenous girl whose body washes up under a bridge in a remote area.

It’s pretty heavy stuff, for sure, but Mystery Road was quite well received, with a 92% score on Rotten Tomatoes. It was also screened in the Special Presentation section at the 2013 Toronto International Film Festival.

Here are even more road trip movies to consider for your next venture not so far from home.

When it comes to road trip films, sometimes, you run into a problem with predictability. A family hits the road and hijinks ensue; what else is there to know?

While Little Miss Sunshine may look like a stereotypical family road trip flick on its surface, anyone who’s ever watched it can attest to the film’s unique screenwriting and phenomenal performances, which is part of the reason the film was nominated for four Oscars, two Golden Globes, and a slew of BAFTA Film and Screen Actors Guild Awards. It took home the 2007 Academy Awards for Best Performance by an Actor in a Supporting Role as well as Best Writing in an Original Screenplay. (In other words: it’s well worth watching, if you haven’t yet!)

When a wealthy man named Edward Cole (played by Jack Nicholson) and a modest-means mechanic called Carter Chambers (played by Morgan Freeman) find themselves sharing a hospital room, they realize there’s no time to waste. In the face of their own mortality, the two men team up to go on an epic adventure, seeing and experiencing all the things they’ve placed on their “bucket lists” before it’s too late.

Although the film received mixed reviews from critics, The Bucket List has been considered a popular favorite since its release in 2007 — during which year it was named one of the top ten films by the National Board of Review, seeing a box office gross of $175 million worldwide.

Not all of the best road trip movies are newfangled. In fact, some old classics are classics for a reason, and John Ford’s Stagecoach is no exception. This groundbreaking film follows 12 unique passengers riding the Overland stagecoach bound for Lordsburg, New Mexico, in the 1880s. Among archetypes like the drunken philosopher and the timid salesman, an escaped outlaw hides in their midst — the Ringo Kid, played by none other than John Wayne himself. The film is based on a short story by Ernest Haycox called “The Stage to Lordsburg,” which was released two years before the film in 1937.

Easily one of the most famous and well-celebrated road movies of all time, Thelma & Louise follows the title characters as they take on an epic road trip that starts as a whim and ends up becoming an all-out escape when Louise is threatened by a predator. With their sights set on Mexico, the two take off — with some of the most iconic and beautiful American landscapes disappearing in the rearview along the way.

We couldn’t write a post about road trip movies for RVers without including this classic! Released back in 2006, RV stars none other than Robin Williams, who plays the lovably goofy Bob Munro as he and his family encounter all sorts of adventures in the RV they rented for a family trip to the Rockies. (Good news: when you rent an RV with us, we can pretty much guarantee that no matter what comes up on the road, it won’t be as crazy as the hijinks portrayed in this film!

Looking for a road trip film you can watch with the entire family — or one that accurately portrays the specific kind of lovely chaos it is to travel with them? These films will help you remember why you keep the people you love best near and dear to your heart, even when they drive you a little crazy. (Or, okay… a lot crazy.)

Perhaps the best-known family road trip out there, National Lampoon’s Vacation was a landmark film when it was released. Starring Chevy Chase, Beverly D’Angelo, and child stars Dana Barron and Anthony Michael Hall, National Lampoon’s Vacation follows an all-American family of four as they hit the road to visit such iconic stops as Monument Valley and the Grand Canyon. Of course, they encounter all sorts of trouble along the way, including a rather grim scene with the family dog. To be sure, viewer discretion is still advised with this one… but it’s a classic, so we had to include it.

It’s a universally-acknowledged fact: The 90s were the golden age of cheesy, family-friendly movies.

This title, featuring Chevy Chase, Farrah Fawcett, and super-young Jonathan Taylor Thomas, doesn’t disappoint. Plus, the pivotal scenes take place during a camping trip, so it’s perfect for a quiet night in after enjoying an evening by the campfire!

And hey, if you’re the type of road-tripper who likes to keep on watching your favorite movies and TV shows while you’re on the road, all the more reason to upgrade from your car to a motorhome or travel trailer. Most modern RVs these days come equipped with a TV (or even two), sometimes offering state-of-the-art entertainment systems complete with surround sound. That way, you have somewhere nice and cozy to tuck yourself in after a long day of adventuring… so you can keep the adventure going while resting your legs.

(Psst: here are some details on how to stream your favorite TV shows and movies on the road in our all-digital everything world!)

*This post contains affiliate links. RVshare may receive compensation if you make a purchase after clicking on a product link.

The Road Ahead: RVshare’s Travel Outlook for Q1 2023

RVshare is excited to launch “The Road Ahead,” our quarterly…

Best Places in the US to Hear Your Echo – Use Your Outside Voice!

Best Places in the US to Hear Your Echo –…

Travel Tips for The Big Game + an RVshare Tailgate Party

The Big Game is just around the corner, which means…