Coca Cola. “Have a Coke and a smile.” This popular ad campaign, for the legendary soft drink, debuted a little over 100 years after the Coca Cola Company became incorporated in 1888. For a couple of years, the only way to enjoy the revolutionary beverage was at a soda fountain, but in 1891, the company began to bottle and market its product. The cola, as it is known today, was born. 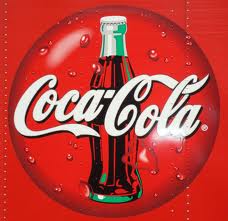 It was original in its advertising. For example, in the 1930s, Coca Cola began using the iconic image of Santa Clause, for its winter campaigns. Some credit the company with standardizing the way the contemporary Kris Kringle is portrayed. Always an innovator, the hardworking advertisers for Coke continued to develop unique, and memorable, means to capture the population’s attention.

The Coca Cola: Motorhomes as Advertisements

In 1977, Coca Cola worked with GMC to produce a series of rare motorhomes. GMC was quickly becoming known for its modern–even futuristic–style of RV. It was lower profile, and lighter, than previous versions, making it easier to drive. It relied on the Oldsmobile Toronado motor for its power, and an Oldsmobile Toronado front-wheel-drive transaxle–known as a unified power-plant package–for its maneuverability.

Between 1977 and 1978, GMC released 45 of these standard 26-foot Coke Motorhomes. These were distinguishable from their other models, by a Coca-Cola red perimeter stripe along the exterior.

These RVs were primarily offered to Coca Cola bottlers and distributors, as a publicity strategy. Luxurious in their own right, with upholstery of red velour and modern shag carpeting, their features didn’t compare to those of the company’s other promotion at the time.

The GadAbout: A Motorhome Collectible

The GadAbout: a Coca Cola collectible on wheels. This vehicle was the grand prize of the Coca-Cola Travelstakes. The sweepstakes ran from the summer of 1977 through December of the same year. Celebrity ads announced the sweepstakes, and entry forms were placed in displays near the product. To enter, one needed to submit an entry form with a proof of purchase, like a bottle cap liner, or he could mail an index card, with the hand printed phrase: “Coke Adds Life to Summer Fun.”

There were several prizes awarded. Twenty-five participants won the use of a standard GMC RV for two weeks, plus $3000. The GRAND prize, however, was awarded in the form of a GadAbout. There were five lucky winners. The GadAbout was the luxury vehicle of its time. Plus, the exterior paint-job was a rolling advertisement for Coke.

The “standard” model–the one offered for sale–came in a crisp white finish with a red horizontal stripe. This was the same basic pattern common to GMC Motorhomes.  On the GadAbout, however, the base was white with classic red stripes, and there was a swishing wedge fading to a yellow, toward the top end of the vehicle.

The name “GadAbout” was emblazoned near the front, and the spare tire cover was ingeniously designed in the shape of a bottle cap.

Coca Cola Through and Through

First, the GadAbout was a GMC 26-foot motorhome with all-modern features. These included: central air and heat, hot running water, a gas range, a microwave, a color TV and an AM/FM stereo with a tape player, a CB radio, a 6,000-watt electric generator, and even a built-in vacuum cleaner.

Second, the interior was very contemporary, in both the standard and the GadAbout models. The featured velour upholstery and shag carpeting were very popular in the 1970s. The trendy “Welcome” mat displayed the inspirational message “Coke adds life to movin’ on.”

The GadAbout, of course, had additional elements to make it a unique and rare motorhome. The refrigerator door, for example, had customized graphics that made it look like a traditional soda vending machine.

There was a pewter plaque, with a profile of the motorhome, on the dash above the glove box. Its slogan stated “Coke adds life to. . . cruisin’ in a GadAbout.”

Other features included: a Coca-Cola logo clock, Coca-Cola towels for the bathroom, various plaques and badges, and a table in the rear, with a Coca Cola checkerboard pattern with logos for red spaces, and road signs for black.

Where Are They Now?

Over three and a half decades later, one may wonder what has happened to the five Coca Cola grand prizes. Unfortunately, one of the original five, believed to have wrecked, is likely out of commission. Another is stored by its owner in Texas. Legendary country singer, Tammy Wynett, bought one from the original owner and winner of the sweepstakes. It is currently in a New York museum. Although featured on the History Channel series “Pawn Stars,” the host, Rick Harrison, did not purchase the Coca Cola RV used in the show; that vehicle was later bought by Carl Harr of Edmonton, Alberta, Canada. Harr also bought a second Coke GadAbout that he found in Nevada, thus adding to his collection.

For those nostalgic of the 1970s, or infatuated with Coca Cola collectibles, this rare motorhome design totally satisfies. Although there have been a few imitations–and history is unclear as to whether a few additional GadAbouts were made–the original five grand prizes are still collectors’ items. The brand has weathered competition (the Pepsi challenge), and reformulation (remember “New Coke”?), but has persevered and flourished throughout America, and throughout the world. This Coca Cola classic is a testament to that.