Have you wanted to build your own RV? Not a tiny teardrop trailer, or a homemade pop up constructed from your old truck and tent, but a real, full-size RV?

Well, if so you will be interested in Chad’s story (also you might be crazy). That’s right, this creative RVer built his very own RV! 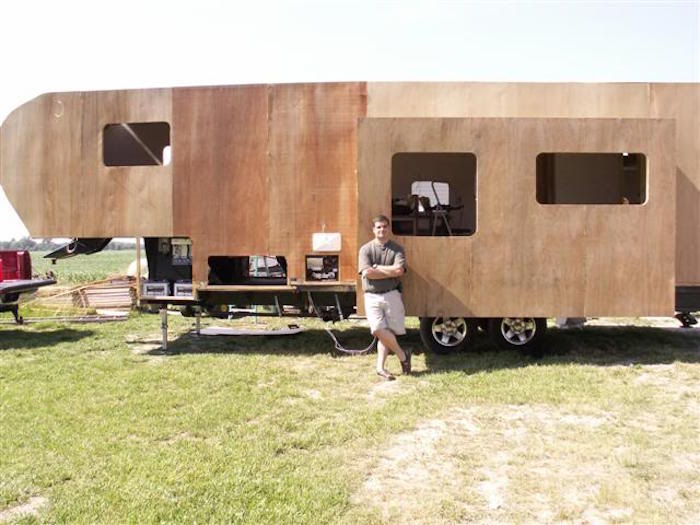 Not only did he build a 31′ Fifth Wheel, but he also added a working slide out. Amazing! If you’ve ever wanted to build an RV with a slide out this article is for you.  Let’s take a look at how he did it.

The first step was research. Chad took the time to do some in depth research by watching how slide outs made in the RV factory. Once he had a good idea of the mechanical functions and the basic layout, he started making his own version.

Pretty impressive! What do you think? Could you build your own slide out? Leave your comments below. Happy Building!