The Jayco Travel Trailer was founded on a farm in 1968. They are now the nation’s largest privately-own RV manufacturer. That title might surprises you when you learn that the company’s roots began inside two chicken coops and a barn.

The founder Lloyd J Bontrager took it upon himself to create something great. With the constant support of his wife, Bontrager created a fun, family friendly RV suitable for anyone who loves RVing.

This Jayco trailer quickly captured the attention of people from all corners of the United States. In the first year, the trailer was sold to 132 families. Those families spread the word so fast that the company was began receiving a lot of solicitations.

From its starting workforce of 15, up to an astonishing 1,600 employees, Jayco has now sold thousands of RVs across the U.S. They currently have more than 25,000 customers per year, and are considered among one of the best manufacturers out there.

Here is Lloyd J. Bontrager next to his original fold down camper 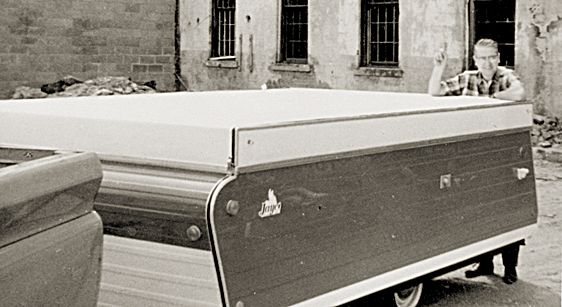 The Jay Flight Travel Trailer is one of the most popular Jayco trailers. It’s built to be “America’s family favorite” and has an impressive line of standard features, in addition to an elite package. If you are a love to cook, you will enjoy a custom kitchen. If you like spending time lounging, then the LCD TV is the thing for you. And if you want to bring along the kids, then a special dorm with bunk beds will be right up your alley.

The Jay Flight can be made your own with custom beds, bathrooms, ceilings, windows and so on.  At the end of the day, you will definitely be captivated by your very own custom made RV.

But have you ever thought about how it’s made? 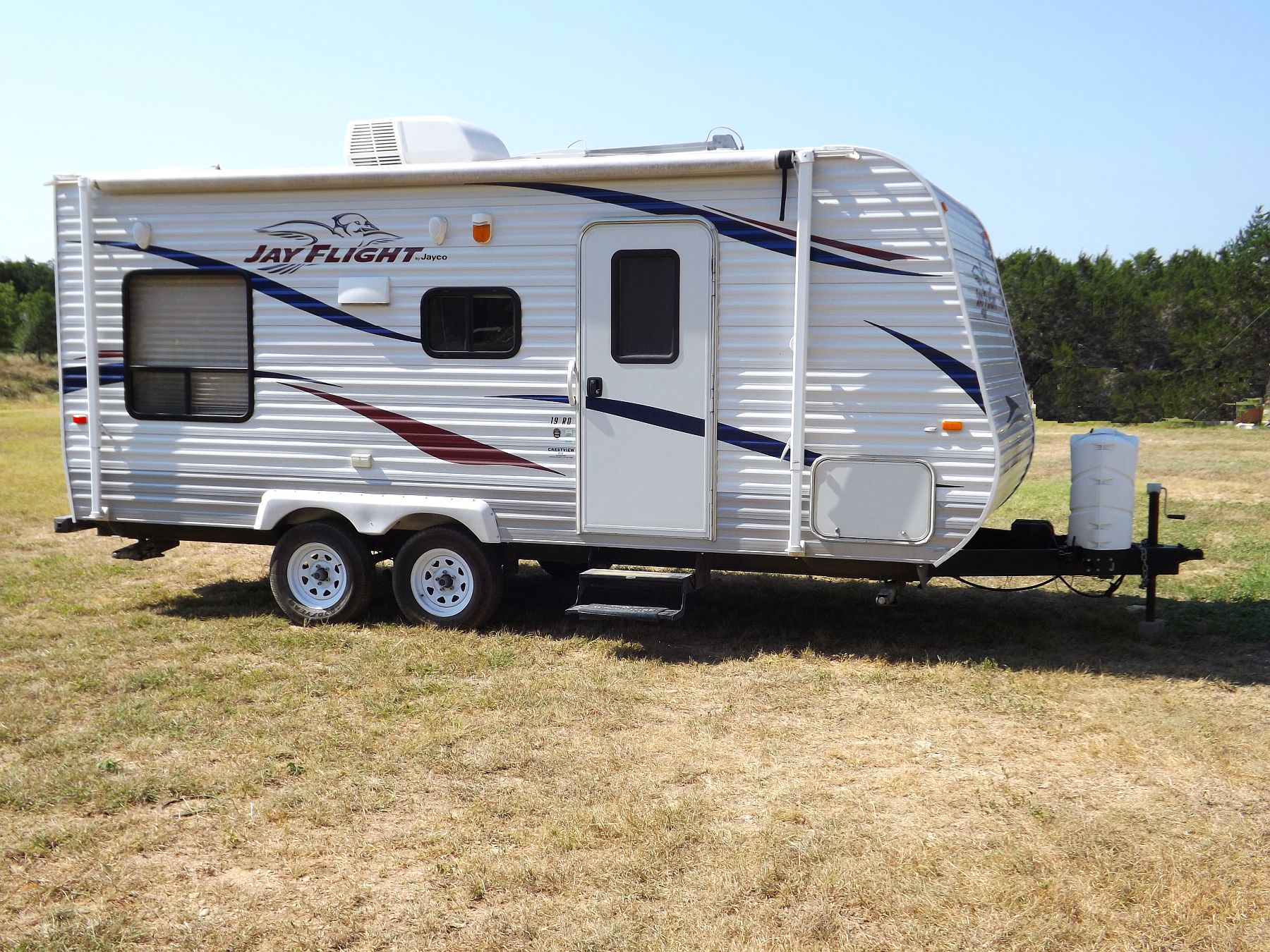 The building process of an RV is absolutely amazing. A bunch of materials are symmetrically merged together to form a multi-functional vehicle. If you’ve ever want to see this process in action, you are in luck.

The Jayco Company has shared a video that shows how their Jay Flight Travel Trailer is built. Since they had a great run and built a name from themselves, they delegated John MacDonald to narrate the process. And why wouldn’t they?  They use a great combination of old world Amish craftsmanship and a modern assembly-line. Who wouldn’t want to see that?

Here’s how a Jay Flight Travel Trailer is built in less than 7 hours!

RVshare is a Real Business Opportunity for RV Owners

Last week, we caught up with Cornelius Garner and learned about his busy life running a fleet with RVshare. Today,…

Cornelius Garner is busy. Between his three boys, full-time job and efforts in helping his wife build her own business,…

Trey Long is about as enthusiastic and excited of a person as you can get. Pair that purely positive energy…

A Walk-Through of a Ready-to-Rent Travel Trailer

Last time we heard from Mark Chamberlain, he was sharing with us how he evolved into a camper and business…

Spring Break Road Trip up the California Coast with RVshare

When Mark Fadden and his family decided they wanted to try something different for their spring break trip, renting an…

Mark Chamberlain has business experience. His wife Marcy’s childhood rooted her deeply in the camping world. Combine their pasts —…