You need to have a lot of creative vision to look at a beat-up old jail van and see the potential for a beautiful, custom-made RV. But when Alex Saunders first laid eyes on a photo of the aging prison vehicle, that’s exactly what the painter and designer saw 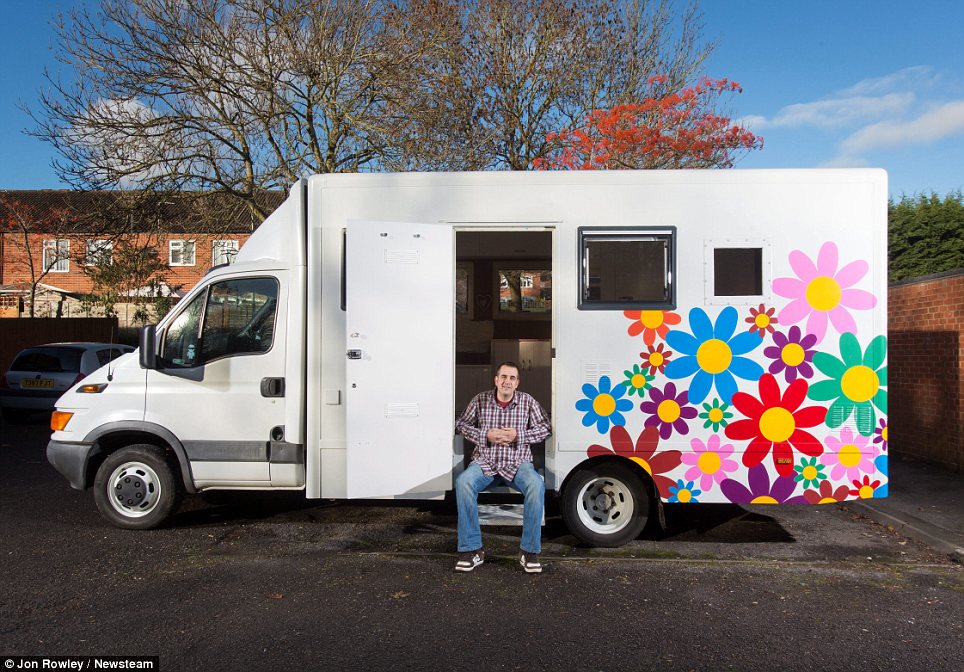 From Jail Van to Motorhome

Hailing from Hampshire in the UK, Saunders’ creativity, know-how, time, and of course, money, transformed the run-down utility truck into a motorhome that would be the envy of any RV enthusiast. It’s an upcycled jail van RV story for the ages, and here’s how it all unfolded

The Acquisition: Ugly and Smelly

Saunders purchased the jail van on ebay for £3000 — about $4400. Mechanically, it was in “okay” shape, but it was a far cry from being family ready. Plus, it just looked like what it was: a vehicle designed to transport criminals. And then there was the stench; the van absolutely stank. Saunders describes the odor as a combination of blood and old soup. Clearly, he had some work to do.

Still, the thing had potential. He tore out the interior components and was left with a blank slate — and a well-lighted one at that, thanks to the vehicle’s large windows. Still, there would be a lot of work and a fair amount of money (over £4000, or $5800) between the purchase and the completion of the renovation project.

The Remodel: Brand New Everything (Almost)

Saunders got to work. Into the empty interior, he installed lovely wood floors, some new windows, and impressive tile work. He put in a small kitchen with a sink, two stove top burners, cupboards for storage, and a small refrigerator. A bathroom was built, complete with a small commode, and a stall shower. For his two children, he built a set of bunk beds, and for himself and his wife, he created a sofa that unfolds into a double bed. New lights complement the natural light, let in by the windows. The result is a clean, simple, tasteful interior that looks like any page out of the most recent IKEA catalogue. 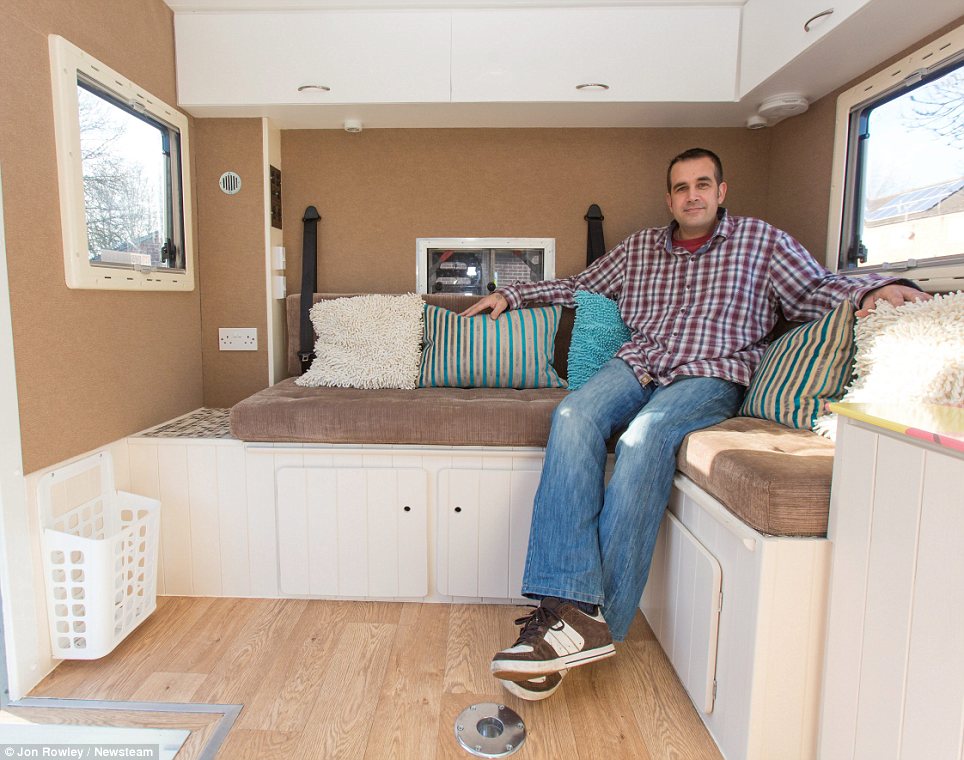 From Jail Van to Motorhome

Then, there were the improvements Saunders made that aren’t quite as visible, but still highly important. He put in a water heater, upgraded all the electrical, to power everything from the lights to the flat screen TV, and outfitted the vehicle with plumbing. He also strengthened the van’s chassis for a safer and smoother ride.

In fact, the only things that Saunders kept in his smelly old jail van were the heating system and the insulation. Both of these were in surprisingly great shape!

The total renovation took 15 months — a long time, to be sure, but the end result looks to be well worth the trouble. Saunders repainted the exterior of his new jail van RV in a grey enamel, then stenciled a bold, pop-art-inspired flower design over it. Now, the motorhome is unique and eye catching, and Saunders, his wife, and his two sons have been having a great time enjoying camping trips all over England in this converted, upcycled RV.

Not only is Saunders’ new ride a beautiful camper, but it’s a great example of how old vehicles can be repurposed into amazing upcycled RVs. They all have potential, even the ones you might least expect! The story of Alex Saunders, and his prison van turned RV, is a great inspiration to DIYers everywhere, and a true testament to the power of a strong creative vision.

When you travel with an RV, the places you can go are ‘technically’ limitless. That’s one of the best aspects…