Airstream–Sometimes they are referred to as “those big silver pills you see on the road.” Other people call them “silver bullets,” “aluminum bubbles,” or–less lovingly– “tin cans.” Whatever nickname they use, most people recognize them immediately.

Known not only for their easily identified style, Airstreams are highly esteemed for their durability. Originating before products were manufactured with built in obsolescence, these travel trailers are still built to last. It is not unusual for a decades-old camper to be renovated or restored to a glorious version of its previous self. 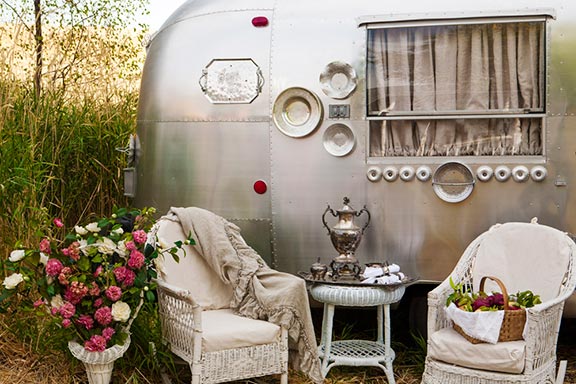 Introduced in 1954, at a length of 22 feet and a body length of 19-feet, the Airstream Safari is considered a middleweight Airstream trailer. It is easily towable—weighing a bit less than 3000 pounds—and the interior layout is deceptively roomy. These are but a few of the reasons why many people choose this model to update and enjoy. Here is an example of one such renovation.

Purchased for only $2000, this particular travel trailer needed a lot of work. Upon entering, the new owner noticed an unpleasant odor. She knew that the origin of such a smell would determine the extent of the demolition and repair needed. 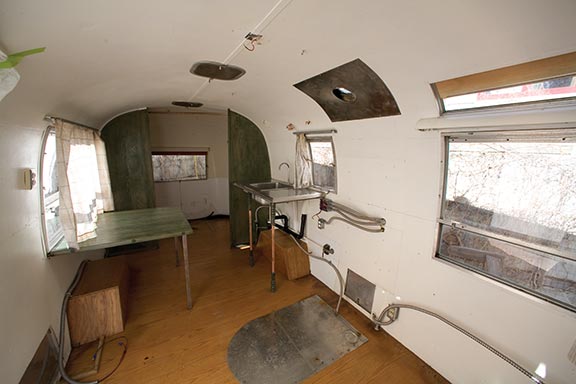 Once she tore out the carpet, she discovered the culprit was a combination of mold and mice. 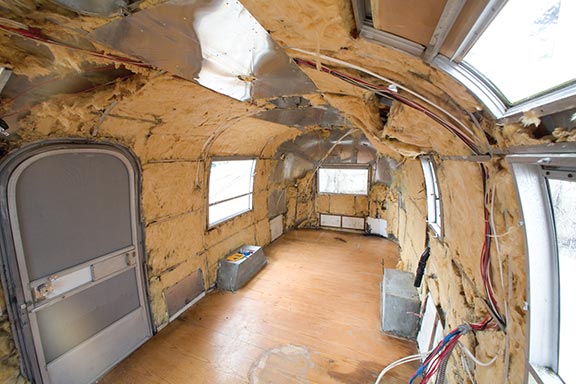 The interior needed to be stripped.

Taking Out the Interior

After the carpet, she tore out the wood flooring. 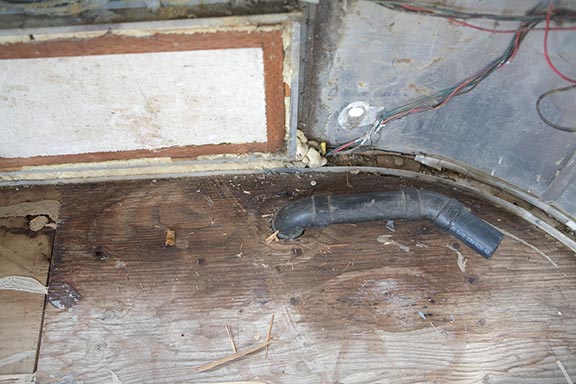 The walls followed, including the insulation where the mice had been living.

Working on the Interior Walls

She began with foil-faced rigid insulation and foil-faced poly bubble on the curved areas such as the end caps. 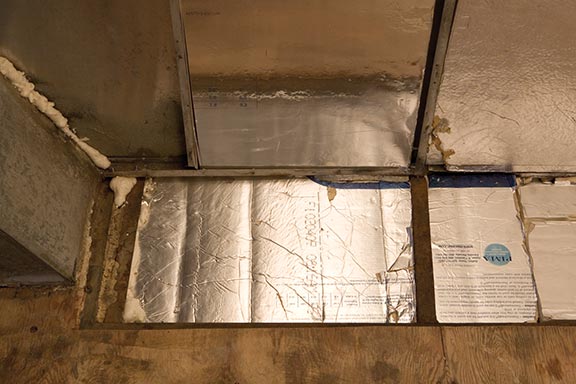 After using foam to seal the edges, she began working on the wiring. She knew she wanted to update and modernize the entire system. 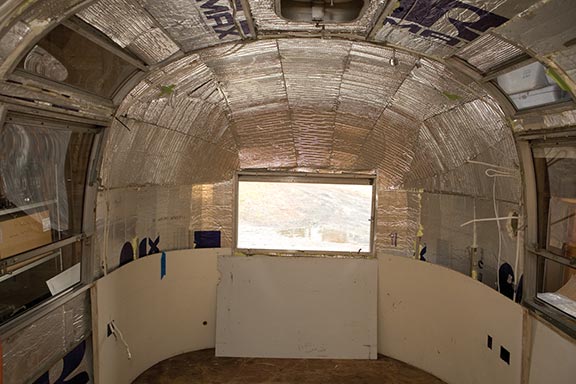 She threaded the wires through plastic ports in the studs. 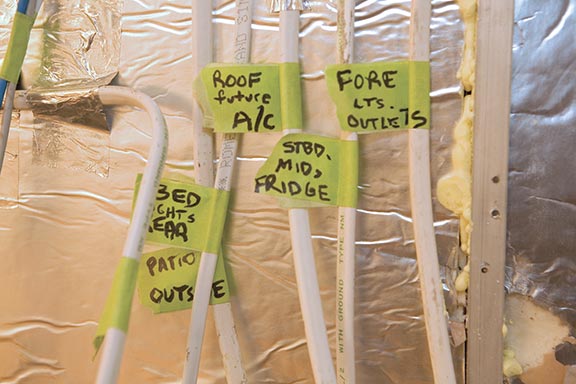 It was important to label all of the wires to keep everything organized. 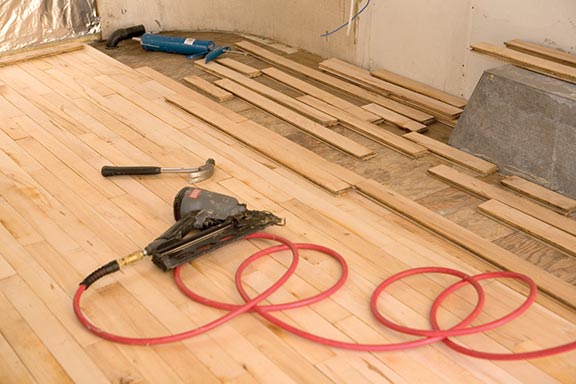 She glued and nailed it to the subfloor. With a bit of sanding, it looked finished.

To install the Decorative Thermoplastic Backsplash Panels, she glued them individually to the walls and ceiling. To hold them in place as they dried, she used thin strips of plywood as braces for each. 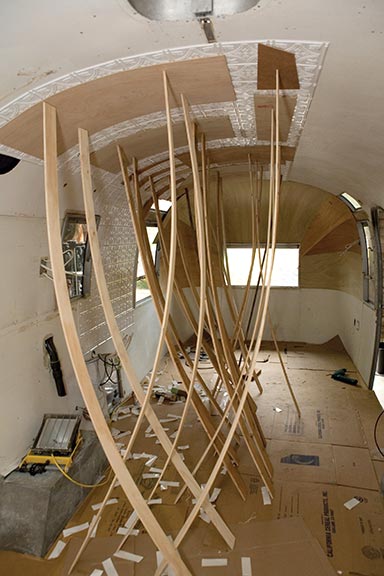 This is a great shot of the finished walls. 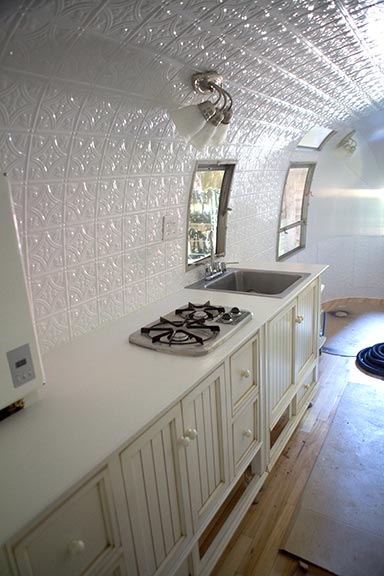 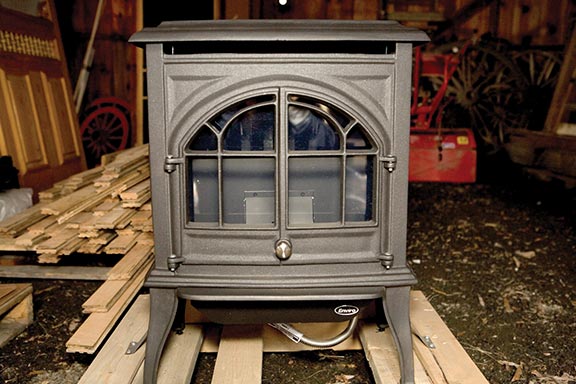 Once painted off-white with high-heat paint, she bolted it to the floor for stability. 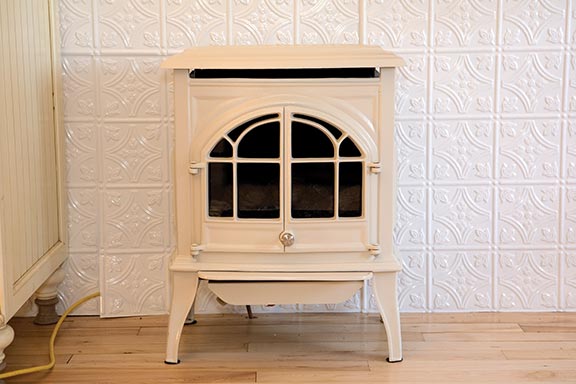 She created her cook stove by building a cabinet and installing a stove top. Foregoing an oven allowed the underneath space to be used for storage. 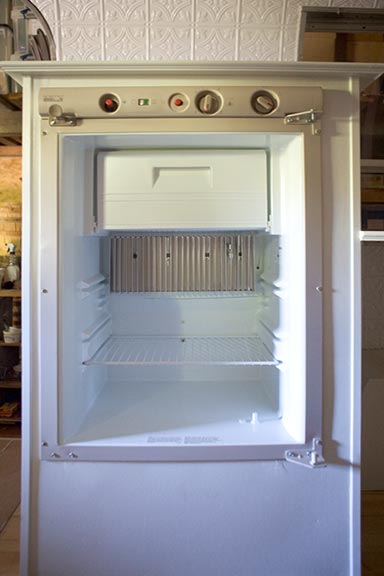 The refrigerator had its own matching custom cabinet.

She found a 4½-foot claw foot tub at the local recyclers for a small fee. 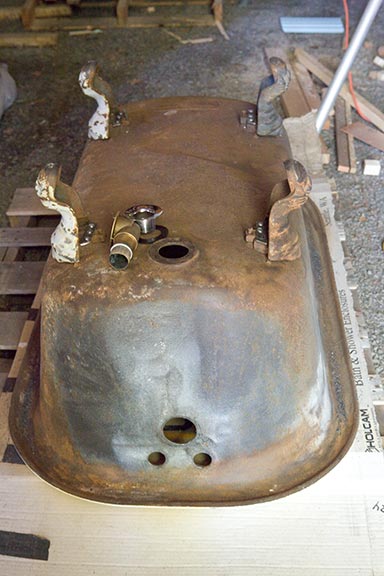 To maximize its usefulness, she built a custom lid for the tub. This enables it to be used for storage during transit and as a workspace when stationary. 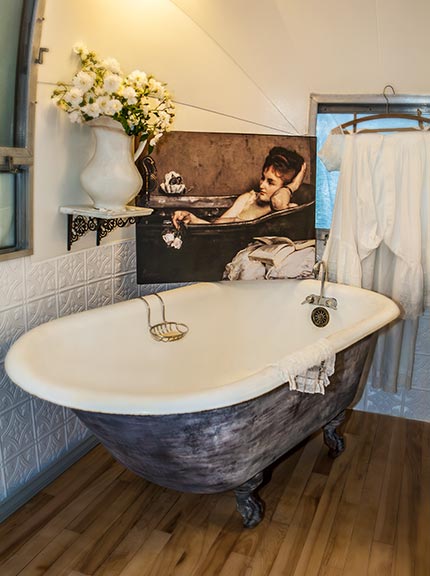 This area feels more like a spa than merely a place to wash oneself. 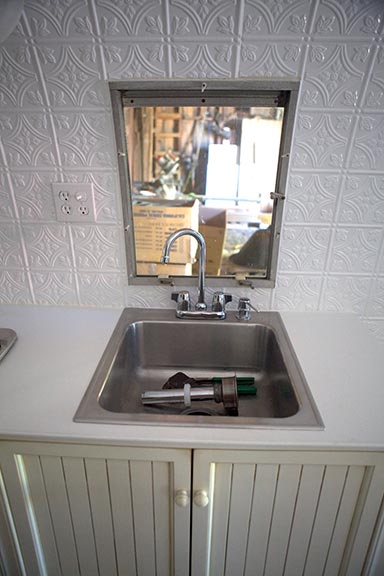 A deep stainless steel sink was lowered into its custom cabinet and attractive lighting was added throughout.

The bath area doubles as a crafting location. With the similar colors and textures, she made it work. 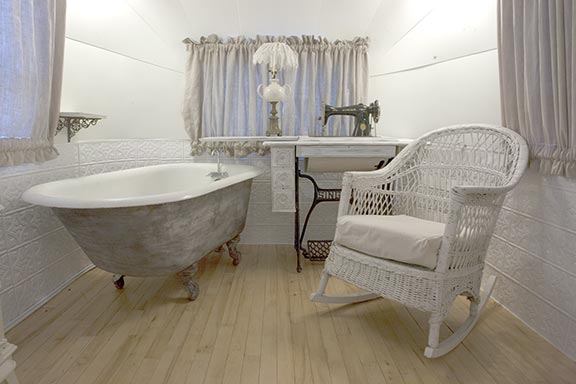 With ingenious use of space and a light color scheme, this Safari really opens up. 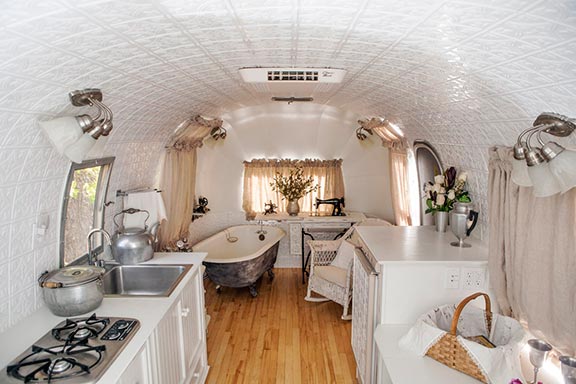 Here it is from the other end. 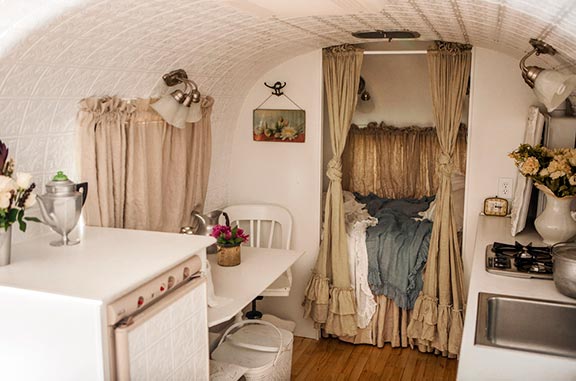 This was definitely a labor of love. From a fairly disgusting and likely hazardous habitat, this Airstream Safari has completely been redeemed. The space has a clean and fresh look with promises of many quaint journeys to come. If you enjoyed the story of this renovation, please share with your friends and family, especially those who love home or RV makeovers. This may become their favorite.

The 10 Best RV Parks for Retirees

You’ve done the time. You’ve worked hard, saved up your nest egg, and have more than earned a lengthy, luxurious…

Vanlifer’s Guide to Sleeping, Camping, and Overnight Parking with AsoboLife

Sleeping! Exciting, isn’t it!? Well…on second thought… While where one sleeps overnight may not be the most interesting vanlife topic,…

The Ultimate Guide to Ice Fishing in an RV

Traveling with Two Dogs in a Fifth-Wheel RV: Wander Free and Queer

Did you know that nearly half of all RV travelers have at least one pet along for the ride? We…

RVshare Partners with Boondockers Welcome to Bring You an Exclusive Discount!

It’s no secret that we are big fans of Harvest Hosts at RVshare. We already believe that the magic of…