Have you ever seen an Airstream? In addition to being some of the oldest RVs still in production today, their distinctive bullet shaped aluminum bodies make these silver beauties instantly identifiable.

They were created in the late 1920s by Wally Byam who crafted the first travel trailer in his Los Angeles backyard. It was inspired by his wife’s refusal to go camping without her kitchen. Who could’ve known that this one trailer would be the start of something magical? His invention was so popular that he started the Airstream Trailer Company in 1932.

More than 80 years later the Airstream company is still manufacturing trailers. The Airstream brand has become synonymous with luxury and style. Not only for the new models, but for the vintage Airstream trailers who have past their prime and are in need of a loving restoration.

Every one is getting in on the Airstream renovation game. Even world famous designers like Mackenzie Childs and Ralph Lauren have started remodeling Airstream interiors. Admittedly, it can be hard to renovate these vintage trailers, but many designers have succeeded in creating exquisite transformations.

Here are five vintage Airstreams that where treated to a full restoration with incredible results. 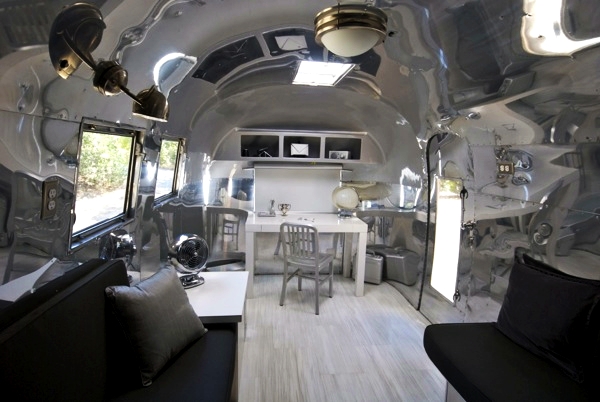 This particular Airstream Globetrotter was released to the public in 1961. In this reincarnation, Kristina Spaulding used a monochromatic palette and contemporary design scheme to transform it into a multifunctional space. Now this new and improved Globetrotter can be customized to fit the client’s own tastes. 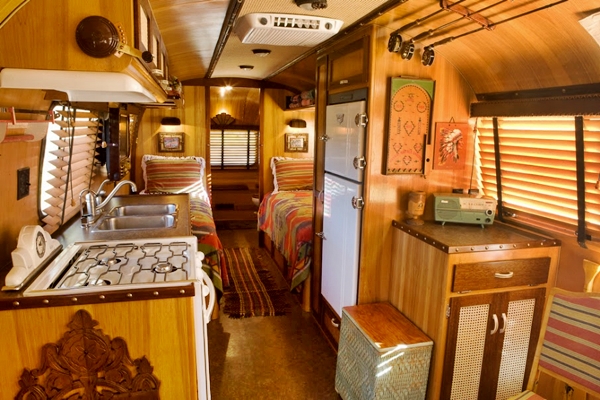 In this redesign, Craig Dorsey used a 1997 Airstream International Sovereign as his muse. He added leather and a rich wood interior to add a glow to the space. He also used blue, green, and red colors to add warmth and a sense of comfort to the interior. Silver paint was used as an accent to make the space even more unique. 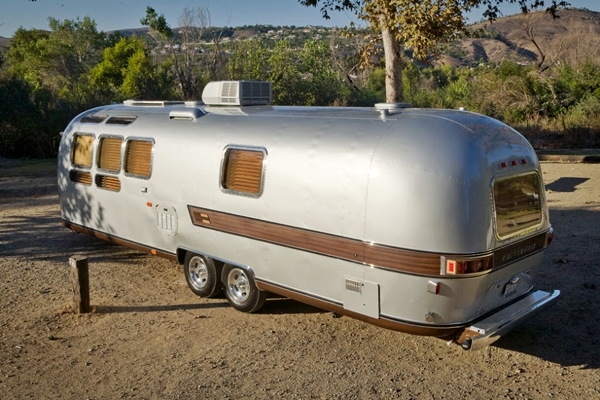 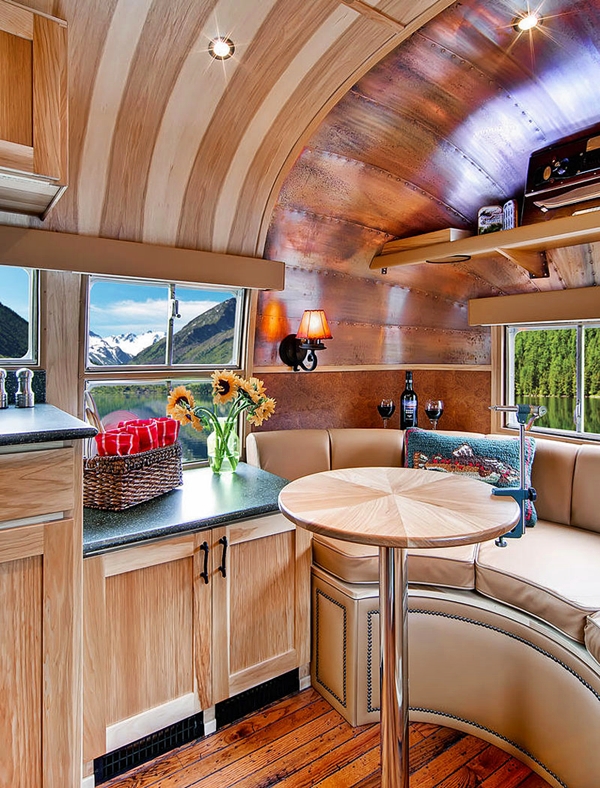 Timeless Travel Trailers handled the impressive renovation of this Airstream. They took a 1954 Airstream that was once used as a fishing and hunting lodge and turned it into something entirely new. The interior was outfitted with genuine leather and natural hickory wood cooper sheet. The trailer’s systems were upgraded to be fully functional, and the exterior was hand polished to a gleaming shine. 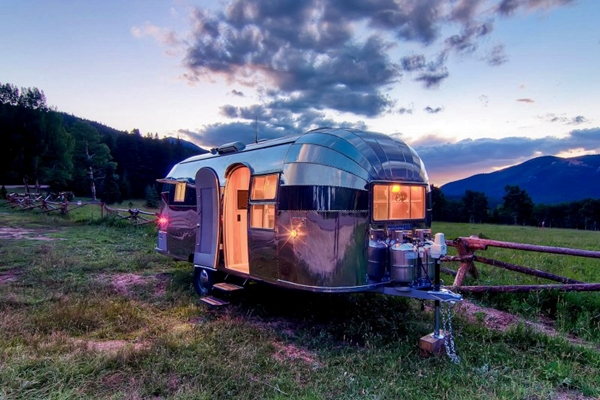 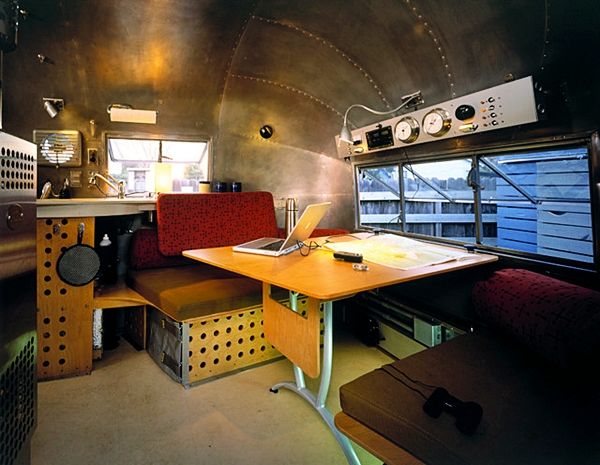 This vintage Airstream Traveler was redesigned by an architect named Paul Welschmeyer. His vision was inspired by his desire to create a Jules Verne fantasy experience. He also added a solar system to power all the Airstream’s appliances.

5. A Trailer for the Stars 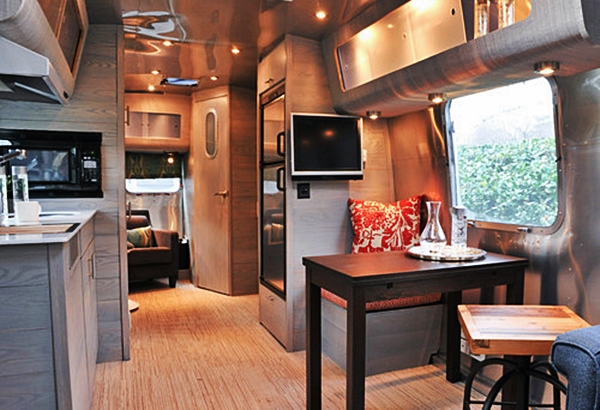 The interior design of this Airstream is exquisite. It was created by using a unique combination of hand-rubbed wood veneer and aluminum. A custom parsons deck and wool carpeting were added for a modern look. Glass sliders were also added to create a contemporary feel that looks quite comfortable.

There are so many interesting renovations and design styles for the classic Airstream travel trailer. The possibilities are nearly endless! What about you? Which design was your favorite?