There will be 1,941 copies of the 1961 Shasta Airflyte travel trailer produced, in honor of the company’s 75th anniversary. The Airflyte “canned ham trailer” will get a vintage interior to look like the original, but with all modern appliances and plumbing. It will sell for $15,000 at the very least. 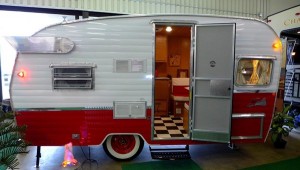 Shasta started in 1941, hence the 1,941 reproductions. Shasta introduced the canned ham shape. By 1967, Shasta was the #1 name in the world, when it came to trailers. Today, two production facilities in Indiana still exist. 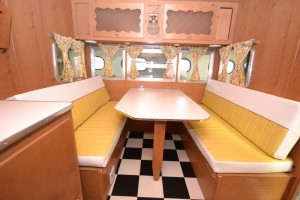 The 2015 model is so close to the original that some new parts can fit into the old trailer, if you can find one. It comes with a dog-bone pattern Formica on the counter tops, and birch cabinet doors, as well as LED lighting. Tuck-and-roll red pleather, that looks old, is on the bench seating in the dining area.

The floor is made of black-and-white vinyl, and the exterior, just like the original, will be available in buttercup yellow, seafood green or matador red. 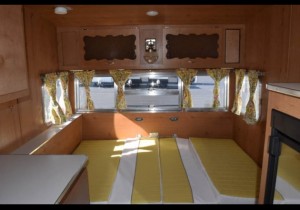 The interior of the Shasta intends to remain true to the original. Some tweaks have been made though: for example, instead of a twin-size bed, the reproduction accommodates more people by allowing for a full bed. A bunk bed option is also available. This will feature the same full bed/dinette and bunks. 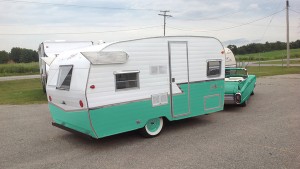 The Shasta will weigh roughly 2,000 pounds, making it easily tow-able behind most SUVs, sedans, and mini vans. The 16-foot trailer has a 25-gallon fresh water tank and an 11-gallon black water holding tank. The grey water tank can hold up to 18 gallons of water.

The replica has a few more upgrades, namely: 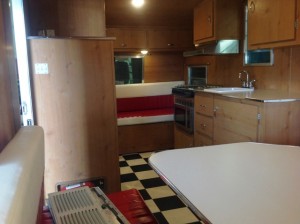 The first completed trailers should start arriving in September. Are you planning on ordering one?